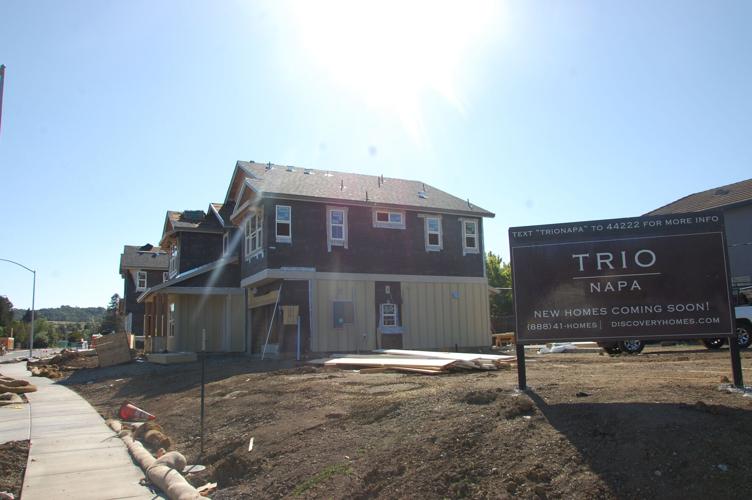 A new subdivision is being built in north Napa at Linda Vista Avenue and Wine Country Avenue. 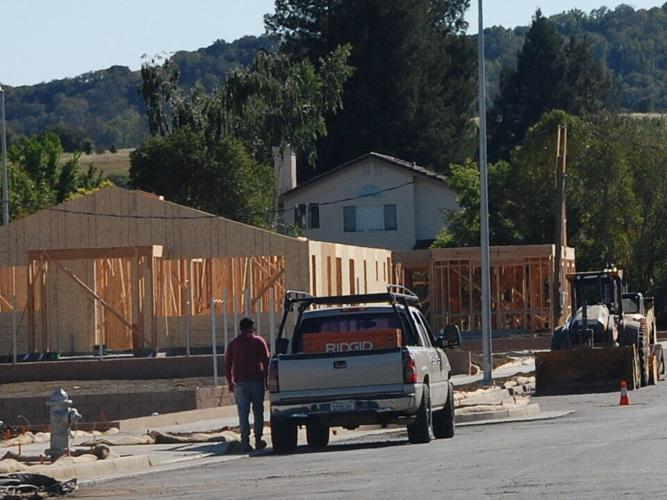 This new subdivision is being constructed at Linda Vista Avenue and Wine Country Avenue in north Napa.

Napa County and most of its cities continue to shrink in population.

For a county that mostly saw population growth — often big growth — from pioneer days to 2016, recent years have been a turnaround. The question is why.

One can look to the bigger picture for possible answers. California’s population fell by 117,552 residents, to 39.1 million. The state Department of Finance in a press release gave several reasons.

There is a continuing slowdown in natural increase — births minus deaths — as Baby Boomers age and younger generations have fewer children. COVID-19 led to deaths and immigration restrictions. The number of people leaving for other states increased.

Napa County Planning, Building and Environmental Services Director David Morrison said he didn’t have any county-specific data to explain the local decline. But he had some ideas.

“The number of vacation and second homes may be a contributing factor, as those owners would be counted where their primary residence is located,” he said.

Household size may be decreasing, with families aging and adult children moving away, Morrison said. Some families may have chosen not to rebuild after the 2017 and 2020 wildfires and instead relocated.

“As this is a relatively recent trend, we will have to wait until there is reliable and adequate data to be able to provide solid answers,” Morrison said.

American Canyon has long been a local growth hot spot and that may resume. The south Napa County city along Highway 29 recently approved a few hundred homes to be built in such places as its planned Watson Ranch community and on Oat Hill.

“The housing development is getting a lot of traction,” Mayor Leon Garcia said.

American Canyon has a point of distinction in the state's latest population data. It ranked third percentagewise in multi-family housing unit growth at 38.59%.

In Napa County as a whole, the dip in population hasn’t changed the dynamics of the local housing market in ways positive to prospective buyers. Zillow report the typical county home price in March topped $900,000, a one-year increase of 15%.

Meanwhile, the county and its cities under a state mandate must seek to have a total of 3,844 houses built over the next eight years. A shrinking county must still add homes.

Napa County has plenty of company in its population decline. Thirty-four of the state’s 58 counties had the same experience. Plumas County had the largest percentage decline at 3.2%. Napa County’s 1%-drop was fifth.

Yolo County had the biggest percentage population gain at 1.8%. The state attributed this to an increase in dorms for the University of California, Davis.

Population forecasters predict Napa County will grow in coming decades, but more slowly than the rest of the region.

Last year’s Plan Bay Area 2050 has the county adding 5,000 households between 2015 and 2050, by far the smallest amount among the nine Bay Area counties. The next smallest is Sonoma County and it is predicted to add 32,000 households.

Plan Bay Area 2050 was produced by the Metropolitan Transportation Commission and Association of Bay Area Governments.

Photos: Go inside Osha Thai: One of Napa's newest restaurants

The City Council and Planning Commission will hold a joint Zoom meeting Thursday to discuss and hear public input on the proposed Housing Element.

State Department says don't use Uber in areas around Cancun

State Department says don't use Uber in areas around Cancun

A new subdivision is being built in north Napa at Linda Vista Avenue and Wine Country Avenue.

This new subdivision is being constructed at Linda Vista Avenue and Wine Country Avenue in north Napa.