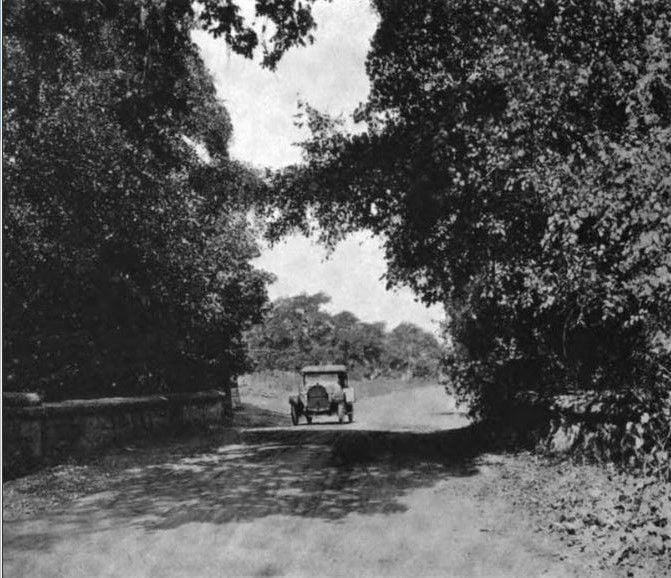 They both tell stories of growth. But the numbers show that some sections of Napa Valley’s workhorse roads – Highway 29 and Silverado Trail – have seen far more growth than others.

Doug White, 48, grew up in St. Helena and lives in Napa. He recalled when he could drive between St. Helena and Napa in 20 minutes in the 1980s, rather than 45 minutes or more at times today.

Meanwhile, Silverado Trail has grown from a traffic escape route for locals avoiding Highway 29 to a crowded roadway, he said.

“I love the way Napa is changing, I think it’s great,” White said. “But there are days that are frustrating.”

David Jennings, 65, grew up in Napa. He remembers when the local freeway stretch of four-lane Highway 29 had two lanes crossed by local streets. Traffic just grows thicker and thicker, he said.

“I try to avoid driving as much as possible in this town,” he said.

Traffic congestion is a ubiquitous topic in Napa County, kind of like the weather, a shared experience that can always be broached when the conversation starts to sputter.

But take warning—congestion conversations come with a certain amount of outrage. After all, this isn’t Los Angeles or the heart of the Bay Area. This is rural Napa County, the place with the agriculture preserve and the relaxing, wine country lifestyle.

The state Department of Transportation for decades has kept Highway 29 traffic counts. Numbers have grown dramatically over the past quarter-century, though not at all locations over the shorter timeframe of the past decade.

Trends there seem influenced both by population growth and by the economy, with a dip during the Great Recession. The bottom line is that anyone traveling through American Canyon during evening rush-hour might end up with a frustrating, bumper-to-bumper experience.

Despite the unrelenting growth, this stretch of Highway 29 has avoided becoming a gridlock ground zero. That’s because it’s a four-lane freeway with interchanges instead of stop signals. Traffic alone doesn’t equal congestion.

Beyond Yountville comes the heart of Napa Valley wine country. This is a particularly tough area for traffic solutions, given that it is served by two-lane Highway 29 to the west and two-lane Silverado Trail to the east.

Local leaders fear creating four-lane versions would annihilate the agricultural ambiance of the ag preserve. Nor do they suggest plowing up vineyards to make room for a reliever route.

“I do not foresee this Board or another board creating another Silverado Trail,” Board of Supervisors Chairwoman Belia Ramos said at a spring county brainstorming session.

To put the growth in even sharper relief, the traffic count for this St. Helena location in 1977 was 13,337.

But what about the valley’s other main road, Silverado Trail? White sees the change there over the past few decades.

Quantifying this growth is difficult. The stretch of Silverado Trail in the northern Napa Valley isn’t a state highway and is not subject to Caltrans traffic counts. County traffic counts are spotty.

Still, the county in 2003 found that 5,017 vehicles daily used Silverado Trail north of Deer Park Road. A 2014 environmental study done for the Melka winery put the number at 6,401, more than a 20 percent increase.

Meanwhile, Napa County’s traffic congestion is barely a blip in the Metropolitan Transportation Commission’s Vital Signs congestion report. This report looks at the percent of miles driven in traffic for the nine Bay Area counties.

The share of miles driven in congestion in Napa County is a mere .2 percent, compared to 5.7 percent for the Bay Area, the MTC report said.

“In the more northerly counties of Sonoma, Napa and Solano, drivers spend very little time in congested conditions,” the report said. “These counties have seen little-to-no growth in congestion over the past decade.”

But Vital Signs gives a distorted picture because it looks only at freeways. In Napa County, it focuses only on the brief Highway 29 freeway stretch in the city of Napa, one of the few locations that’s congestion-free.

That raises the question of whether Napa County can haul in the big bucks for big projects. Does MTC, an agency with a huge influence on regional transportation spending, understand Napa?

Congestion management means something different in San Francisco than it does in Napa, said Supervisor Alfredo Pedroza, the county’s MTC representative. He advocates the perspective of the smaller counties, he added.

“That’s the unique part,” he said. “While we are a smaller county, we have a lot of neighboring county residents and Bay Area residents who visit Napa.”

Pedroza thinks Napa County can make a traffic difference with smaller as well as larger projects, such as by synchronizing Highway 29 traffic signals to allow better traffic flow.

Some residents blame Napa County’s traffic congestion on wine country tourism and that’s undeniably a factor. Anyone stuck in a long Highway 29 backup on a Saturday morning trying to enter St. Helena would be hard-pressed to say otherwise.

This issue too can be viewed both anecdotally and with numbers. Consultants Fehr & Peers tried to sort out who’s clogging up the roads – tourists, locals or commuters – in a 2014 study for the Napa Valley Transportation Authority.

Twenty-one percent of daily trips into the county are visitor trips, the study calculated.

A look at 434 local wineries in October 2014 concluded they generated 52,245 trips on Thursday, 62,217 trips on Friday and 54,713 trips on Saturday. Fehr & Peers arrived at this number not by counting vehicles at the driveways of every local winery, but by using a formula.

In addition, Napa County over three decades has seen more traffic simply because the county has more people. The 1990 population of 111,000 is now more than 136,000.

Fifty-five percent of the drivers on local roads started and ended their trips within Napa County, the Fehrs & Peer study concluded. In other words, these trips are from Napa County residents on the move as they travel to work, stores and other destinations.

Napa County residents experience these hard, cold numbers every day where the rubber meets the road. If past trends are any indication, the number of drivers on Highway 29 and Silverado Trail will continue to grow in coming decades, at some locations more than others.

Traffic backed up Wednesday on northbound Highway 29, north of Imola Avenue, so a Caltrans crew could trim the white and pink blossoming olean…

Rush-hour Highway 29 drivers face a traffic choke-point at the stretch with the signalized Trower, Wine Country and Salvador intersections that has grown more punishing in recent months.

Napa Valley travelers in the early days of the route that eventually became Highway 29 faced a much different problem than traffic congestion,…

In the past decade, hotels have become visible anchors in Napa – the Napa River Inn by the water, the Andaz towering over downtown First Stree…

After a vehicle crashed into one of their patios in July, residents at Valley Oak Apartments are asking that the city do more to prevent speed…

Imola Avenue is a decades-old city of Napa main drag that in coming years could see changes to fit the less car-centric notions of the 21st century.

Napa County’s congestion-clogged commute is going under the microscope in a $1 million-plus, private-public team effort to find solutions.

Here's a guided tour of the Highway 29/American Canyon traffic mess - and what might be done to ease it.