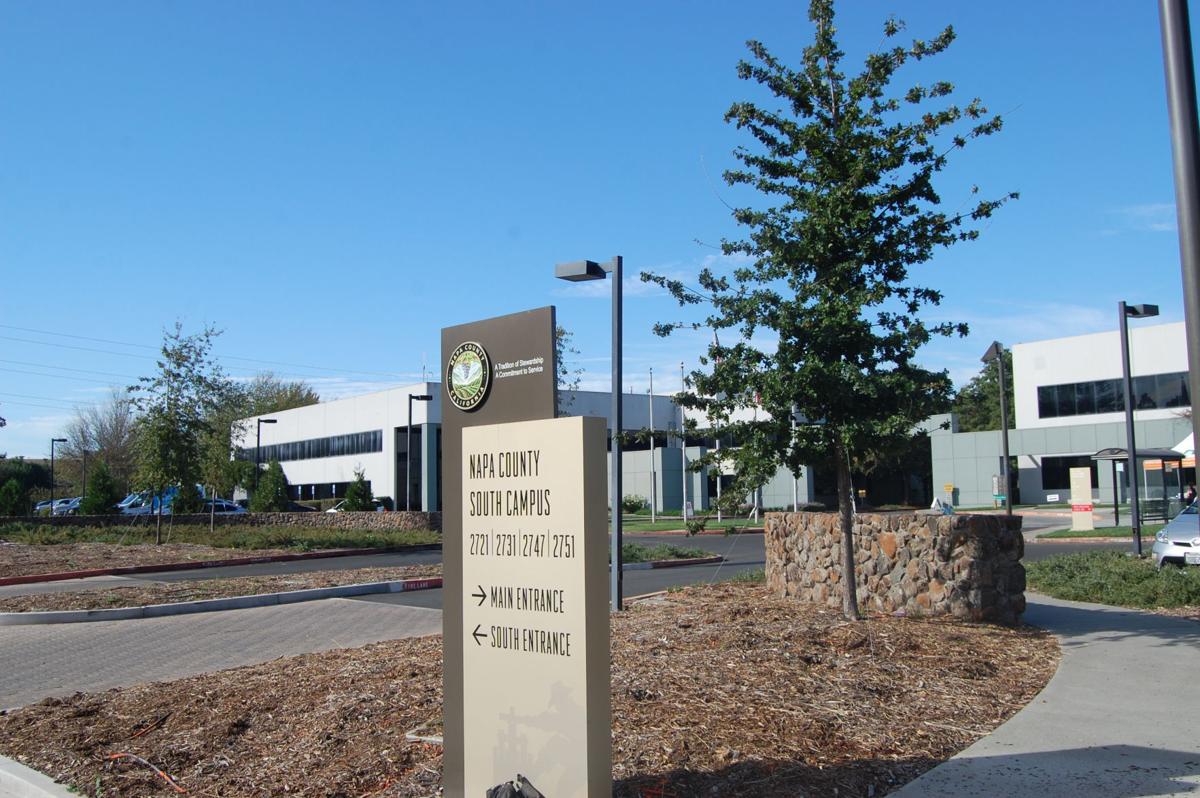 Napa County has transformed a former pharmaceutical plant in Napa Valley Commons into its South Campus with its Health and Human Services Agency. That's left plenty of space at the sprawling campus for other uses. 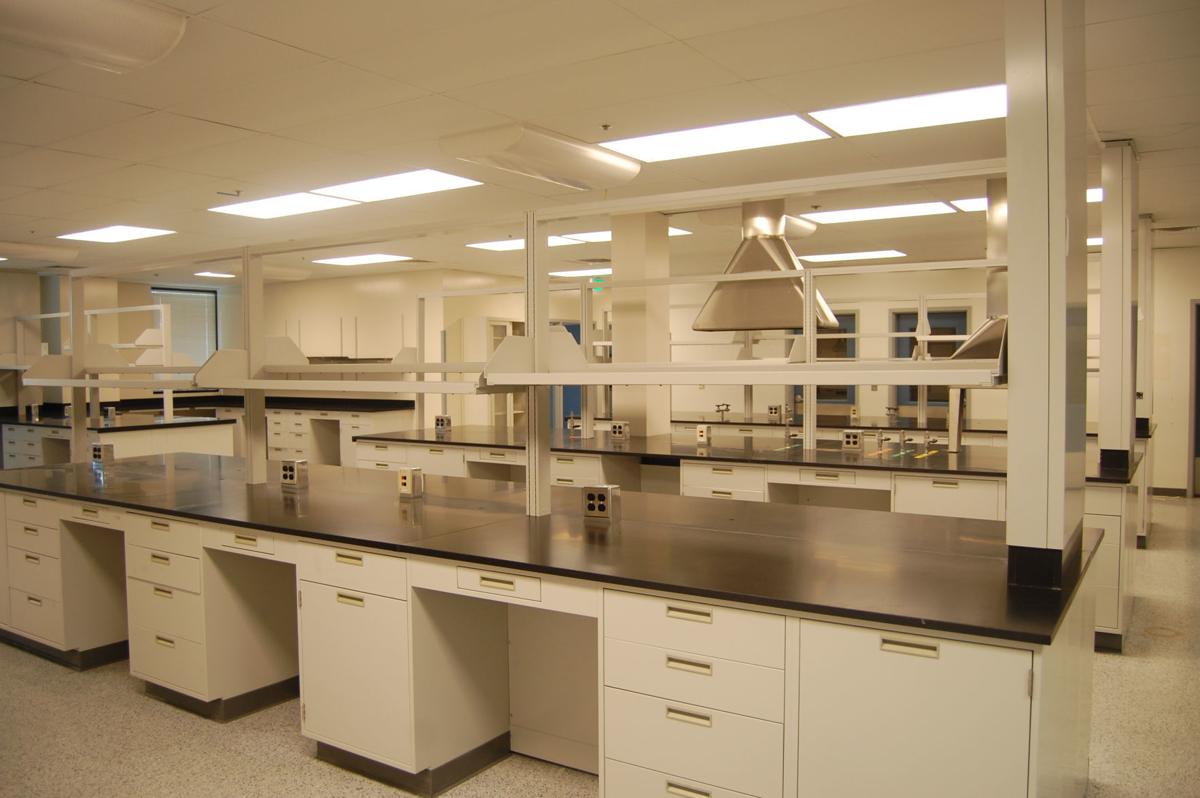 The former Dey-Mylan labs that is now the Napa County South Campus still has no-longer-needed laboratories. 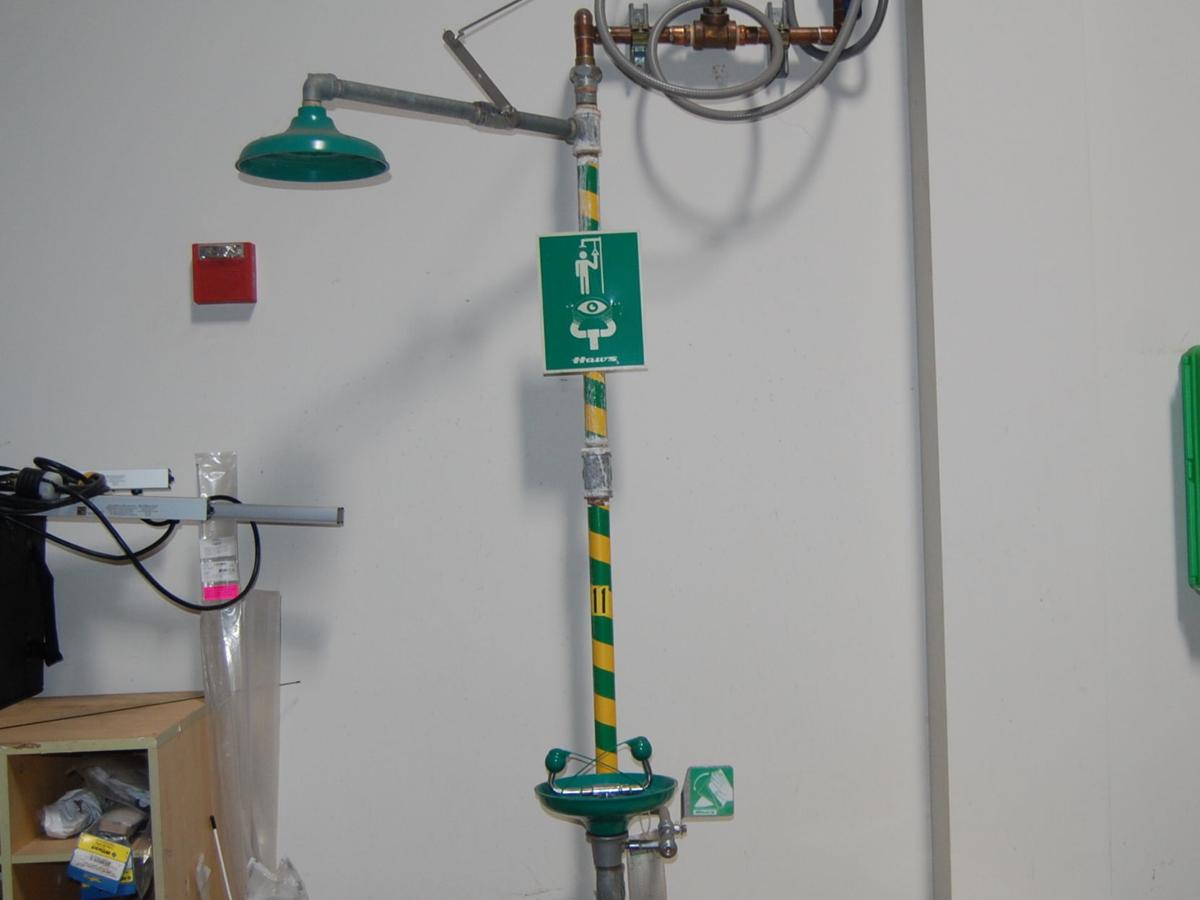 An emergency wash station at the Napa County South Campus. The county bought the 25-acre property in late 2013 to transform into a place for county functions. The site formerly was the Dey/Mylan pharmaceutical facility.

After five years under Napa County ownership, the multi-million-dollar, 25-acre South Campus still shows a few signs of its former life as a Dey-Mylan pharmaceutical manufacturing and research plant.

Emergency eye wash stations are still in several hallways. So are openings on the ceiling that once provided emergency body washes when people pulled rods that have since been removed.

But much of the complex has been remodeled to erase the pharmaceutical past. A mix of public and private sector uses ranging from the county Health and Human Services Agency to an office for Rep. Mike Thompson, D-St. Helena to Top It Off Bottling can be found.

“There’s a lot of life down there,” Habkirk said.

Napa County has spent more than $40 million on the South Campus in Napa Valley Commons, including $25 million to buy the complex in late 2013. The immediate goal was to find a new home for the Health and Human Service Agency, which had outgrown its Old Sonoma Road site.

Remodeling a former pharmaceutical facility called for some drastic transformations. One room with a 30-foot-tall ceiling contained a 20-foot-tall silver, metal tank that once held who-knows-what kind of chemicals. The space with the tank removed became part of the Therapeutic Child Care Center.

The county also tore down perimeter fencing and a guard shack that once kept the public from the Dey-Mylan labs that made nasal, allergy and other medications. It wanted a place that served the public, not a pharma-fortress.

The Health and Human Services Agency relocated there in 2016. The South Campus swallowed it up with room to spare, with the agency taking up a little under half of the 8 acres of building square footage.

Napa County has bigger ideas. The South Campus could become a hub of county functions now located in downtown Napa, from the Board of Supervisors to the Election Division to the Assessor’s Office to Planning, Building and Environmental Services to Public Works.

The Board of Supervisors in 2015 saw the remodeling price tag to create this county one-stop South Campus shop—$24 million. Talk faded.

But at the moment, the county is focused on building a new jail, Tran said. A $128 million jail is to break ground along Highway 221 in 2020 and open in 2022 to replace the downtown jail.

When and if the proposed facilities move to South Campus moves into the spotlight, it could have big implications for downtown Napa.

With most county functions relocated to the South Campus, the county would no longer need to use the former Carithers department store building on First Street, opposite Dr. Dwight Murray Plaza. That would leave prime downtown space to be redeveloped.

County criminal justice functions such as the District Attorney’s Office could move to the county administration building on Third Street near the courts. Then the county could demolish the adjacent Hall of Justice that includes the downtown jail, freeing up still more space for redevelopment.

Finally, the county could sell its Sullivan block parking lot near Coombs and Third streets, perhaps to be developed with housing.

Someday. For now, any further, big South Campus moves are on the backburner.

“We have to take one day at a time,” Tran said.

Building Four is the most unique of the South Campus buildings, given it was outfitted as a stand-alone pharmaceutical facility. In fact, the county in 2015 unsuccessfully tried to find a pharmaceutical company to lease it.

There are also unused laboratories and long, empty hallways where footsteps echo, a kind of a sprawling pharma-ghost town where someone could get lost. If the county ever moves most of its services to the South Campus, Building Four would be the destination.

The private sector has a home at the South Campus. Top It Off Bottling leases 112,400 square feet of warehouse space—not in Building Four—for its wine bottling and barrel storage services.

“It was something that was proposed to us by a real estate person,” said David Crawford of Top It Off Bottling. “We needed space.”

Warehouse space is hard to find locally, he said.

Top It Off Bottling doesn’t have a lease directly with the county. Rather, the county in 2016 agreed to let DBL, 112 LLC pay $50,481 monthly in return for being able to market and sublet South Campus space to the private sector.

The Dey complex that opened in 1988 had lots of life at its pharmaceutical peak. In the early 2000s, some 1,000 workers at the campus at 2751 Napa Valley Corporate Drive made nasal, allergy and other medications.

Mylan Laboratories bought Dey in 2007 and shut down operations there in 2013. That came at a time when Napa County was exploring whether to tear down its Health and Human Services Agency buildings on Old Sonoma Road and build bigger on the same site.

The Mylan/Dey property offered the chance to do the Health and Human Services Agency project in one swoop, rather than piecemeal, county Supervisor Brad Wagenknecht said in 2013.

An immediate outcome of the Health and Human Services Agency move to the South Campus was that the county no longer needed the now-empty 8.6-acre Old Sonoma Road site. The county recently reached a tentative deal to sell the site to Caritas Related, LLC for $7.5 million for a housing project.

Provisions is the name of a new cafe that provides not only meals for the customers, but hope for the cooks.

Napa County is in the midst of a large-scale, complicated maneuver – relocating the Health and Human Services Agency from its longtime Old Son…

Napa teenagers are helping do brain research on rats at a local nonprofit.

Napa County has transformed a former pharmaceutical plant in Napa Valley Commons into its South Campus with its Health and Human Services Agency. That's left plenty of space at the sprawling campus for other uses.

The former Dey-Mylan labs that is now the Napa County South Campus still has no-longer-needed laboratories.

An emergency wash station at the Napa County South Campus. The county bought the 25-acre property in late 2013 to transform into a place for county functions. The site formerly was the Dey/Mylan pharmaceutical facility.