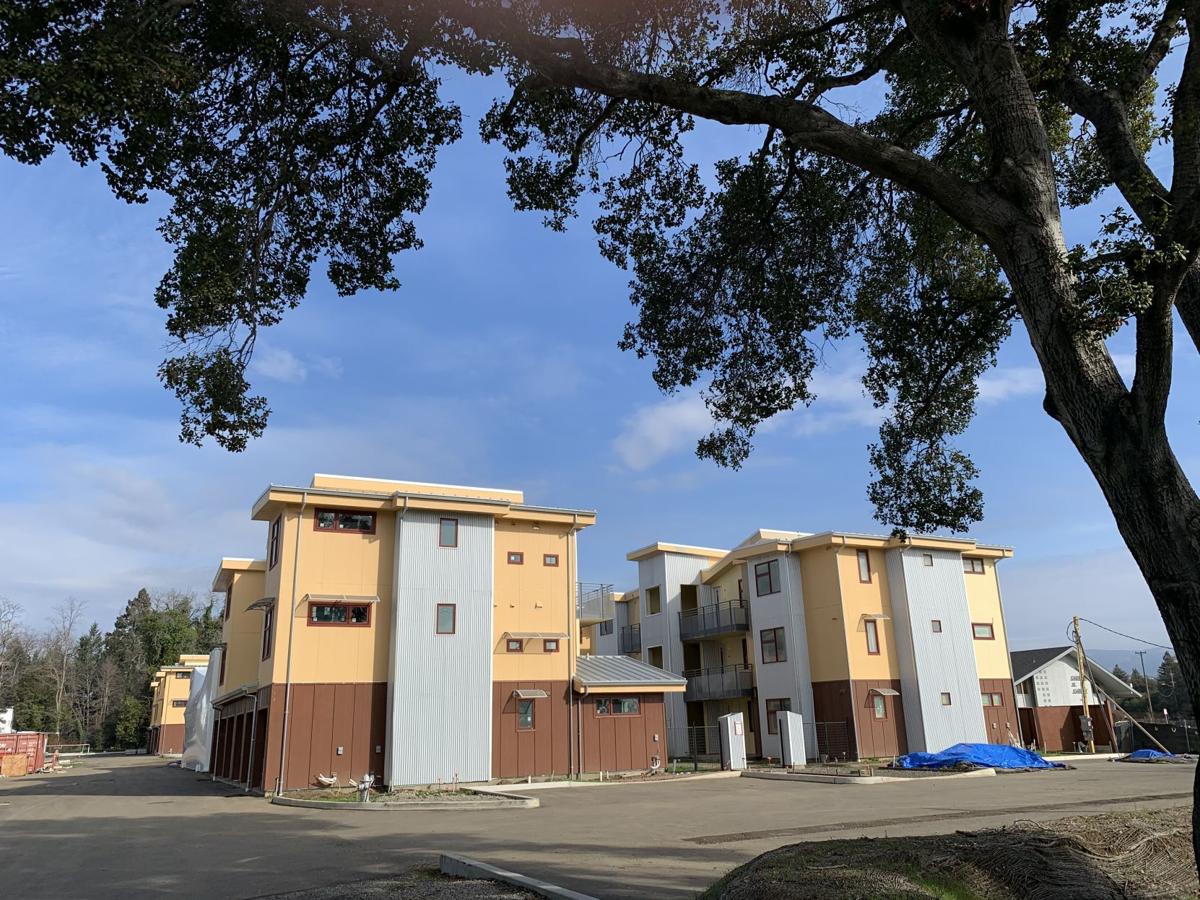 The stalled Napa Creek Village project on First Street, just west of the freeway, has a new owner, with completion predicted for later this year. 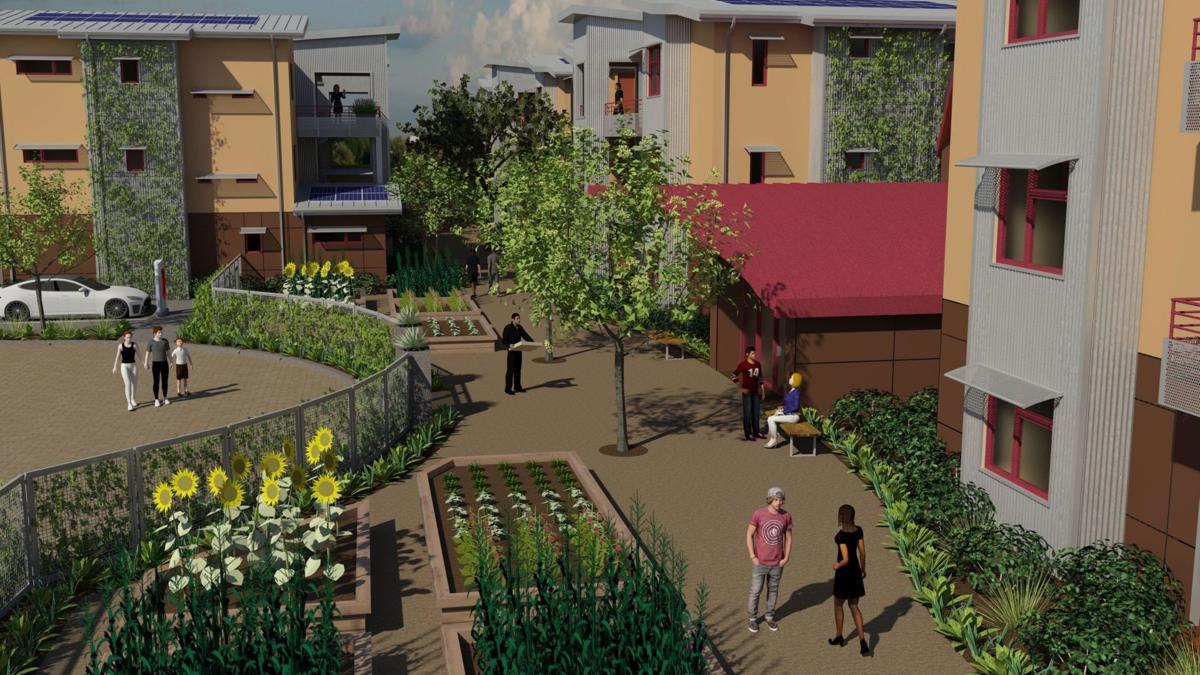 The courtyard of the planned green Napa Creek Village.

Napa Creek Village, an unfinished 48-unit “eco-village” housing complex on First Street that was headed to foreclosure, has been revived by a new owner and contractor.

“We recently purchased Napa Creek Village to add to our growing portfolio of multifamily properties in Sonoma and Napa counties,” said Amanda Romero, a spokesperson for OSM.

“We understand there is a real need for housing and we would like to complete the vision that was originally desired by building an environmentally sustainable community in Napa," Romero said.

OSM’s intention will be to market the project as apartments, versus the original plan to sell as individual condominiums, said Romero.

Rents on the remaining 40 rentals will be determined at a later date,” said Romero.

R.D. Olson Construction, a general contracting firm in Irvine, was chosen by the new owners to finish the project, said a news release.

Napa Creek Village could be finished as soon as November, said Wilhelm. “That’s what we’re shooting for,” he said.

“Our team is utilizing our deep knowledge of California energy codes and materials sourcing to provide cost-efficient and time-saving solutions to bring this project to market in just six months,” he said.

The 47,004-square-foot property will be comprised of nine buildings with 24 two-bedroom, 16 one-bedroom, and eight studio options, several of which will be pre-furnished to serve the mobile business class.

The property features a central courtyard with barbecues and fire pits, green landscaping irrigated by recycled greywater, and a community building for resident activities.

"Residents will receive substantial energy savings from the installation of photovoltaic panels, while enjoying the convenience of carports, in-unit washers and dryers and modern technology," according to the news release.

In 2016, developers broke ground on Napa Creek Village featuring 48 “green” homes. Thriving Communities and partner Healthy Buildings Cos. were the original developers of the first-of-its-kind project in Napa.

By 2020, the project had stalled. Construction was stopped. A chain link fence surrounded the parcel. Lawsuits were filed over debts reportedly owned. Napa Creek Village was scheduled to be sold in a foreclosure auction at the end of January. The estimated sale price was $11.9 million.

“The project was over budget and the original partnership could not finish it,” Bonny (Barbara) Meyer said in January. She is the co-founder of Thriving Communities, LLC.

“We do hope that it can be purchased by someone who will finish the project to the high standards under which it was designed and entitled,” Massaro said then. Massaro was recently named to the Napa city Planning Commission.

“I give a lot of credit to the initial developer," he said. “It’s a great vision and the community deserves this kind of product.”

“We look forward to being a part of the Napa community," Romero said.

Photos: This house was built with 3D printed parts. Check it out.

The county's lawsuit asserts that the A-frame home on Mount Veeder Road is being rented for $975 a night.

Napa home sales and prices are on the rise, leading to a market where multiple offers are to be expected.

NapaStat | $5.5 million: That’s the price of the most expensive home property sold in Napa County in March. The home (on 5 acres) is located at 2126 Madrona Ave., St. Helena.

Napa Stat: Check out the most expensive home and property sold in Napa County in March. Located in St. Helena, it sold for $5.5 million.

Chris Salese: Napa's Loan Ranger: What does the new refinance tax mean for you?

Loan Ranger: What does the new refinance tax mean for you? Chris Salese explains.

This historic Napa house is for sale for $2.1 million. Check it out.

A community of homeless Napans was evicted from a north Napa parking lot. What happened?

As many as 1,000 families are expected to apply to live in the low-income housing development under construction on Soscol Avenue in Napa.

Moan and groan all you want. It won’t help.

Letters: fighting City Hall on housing is a losing game.

The stalled Napa Creek Village project on First Street, just west of the freeway, has a new owner, with completion predicted for later this year.

The courtyard of the planned green Napa Creek Village.