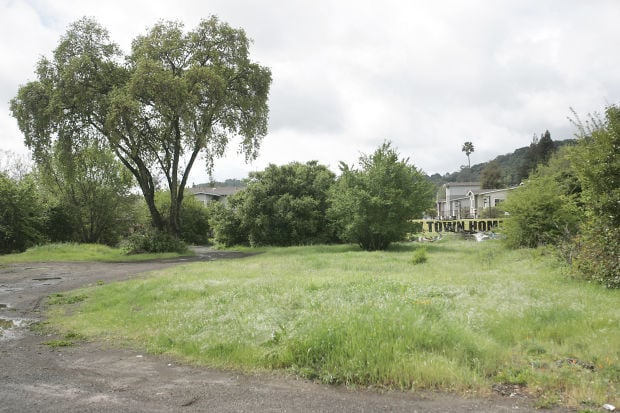 A housing development containing 50 apartments has come before the Napa city Planning Commission. The three-building complex would occupy adjoining lots on 2611 and 2617 First St., west of Highway 29 and near Freeway Drive. 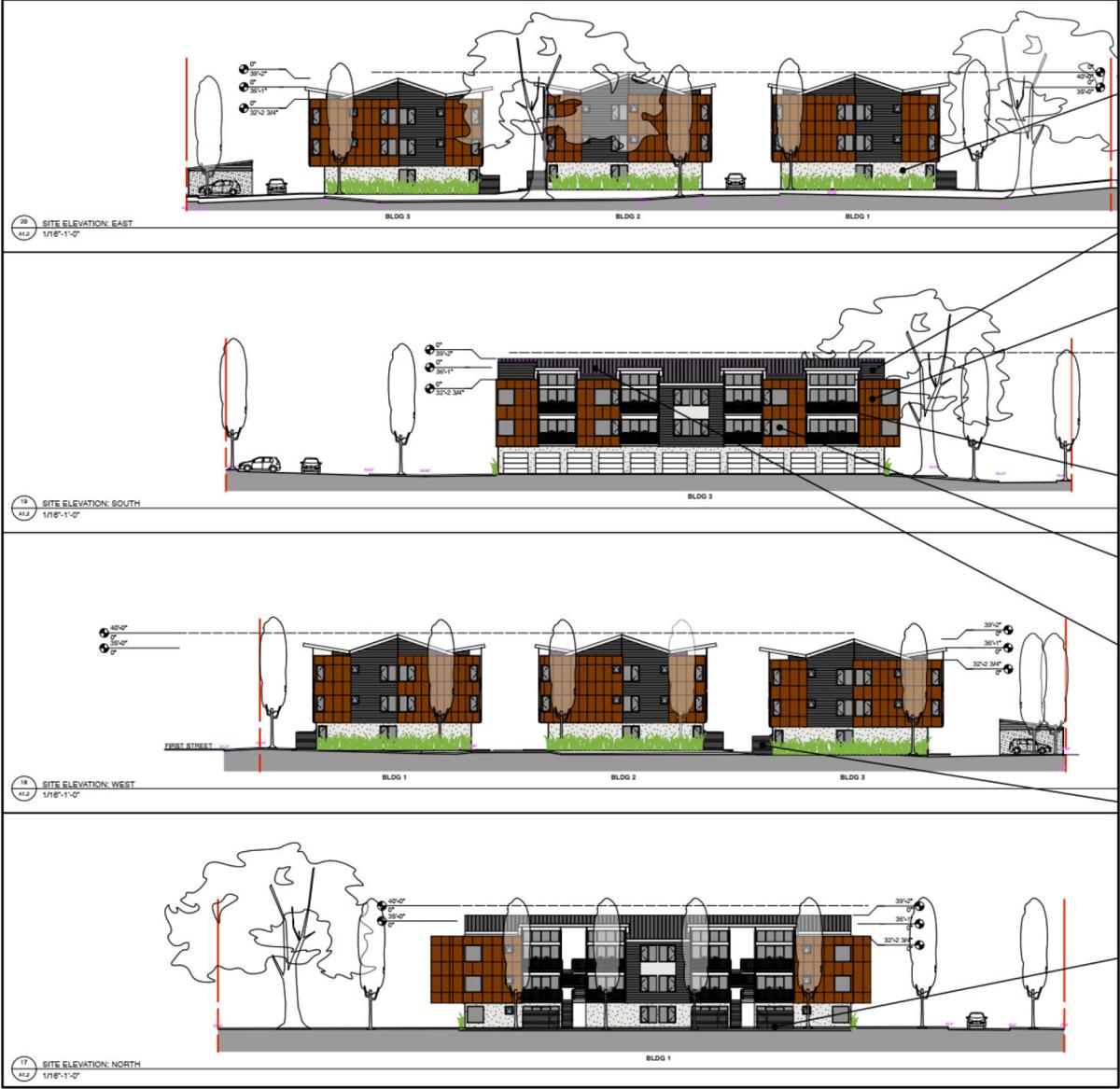 The First Street Apartments, a rental housing complex planned for First Street west of Highway 29, would include 50 dwellings in one-, two- and three-bedroom layouts spread over three buildings.

A housing development containing 50 apartments has come before the Napa city Planning Commission. The three-building complex would occupy adjoining lots on 2611 and 2617 First St., west of Highway 29 and near Freeway Drive.

The First Street Apartments, a rental housing complex planned for First Street west of Highway 29, would include 50 dwellings in one-, two- and three-bedroom layouts spread over three buildings.

A plan to build 50 apartment units near a Napa freeway has returned to City Hall virtually untouched from a proposal approved five years ago. But its road to becoming reality hit a pothole on Thursday.

The Planning Commission postponed a vote on granting a permit for the First Street Apartments II, the latest version of a housing complex Napa officials have studied in various forms for more than a decade. Members of the city’s land-use authority questioned the density three buildings on less than two acres would create – and the effect that tenants entering and leaving would have at a busy intersection mere yards from the Highway 29 interchange that leads to downtown.

While agreeing the apartment plan meets city rules, commissioners declared they would lean on the developers for more outdoor space, amenities and energy-efficient features.

“What we’re asking is for them to do a better job of selling their project,” said Gordon Huether. “I thought we squeezed as much as we could out of the project before; let’s see if we can squeeze some more.”

Originally unveiled as a condominium complex in the late 2000s, the project was transformed into rental apartments in the hands of the developer Jim Reilly of Aptos, who gained city approval in 2014. But the resulting permits expired in 2016 with no ground broken, requiring a re-filing of the proposal by Reilly and the site’s co-owner Patrick Scheufler.

The project would include a trio of 40-foot-tall three-story buildings, clad in a mix of stucco, cement-fiber planking and wood, at 2611 and 2617 First St. just west of Freeway Drive. Eleven of the units would contain one bedroom, 35 would include two bedrooms and four would be three-bedroom dwellings. Parking would include 98 spaces mainly along the west, east and south perimeters, with garages and carports accommodating 25 vehicles each.

Existing structures on the property, including single-family homes built from 1890 to 1930, are to be torn down. Applicants earlier estimated apartment construction would last 11 months.

Plans submitted to the city show the creation of a left-turn pocket from westbound First Street into the apartment complex, with departing vehicles limited to right turns onto eastbound First. There would be no traffic signal at the apartment entrance.

The placement of the 1.69-acre housing site so close to the Freeway Drive stoplights and Highway 29 on-ramps would almost certainly worsen backups that already grow lengthy during morning and evening rush hours, warned Commissioner Alex Myers. “This traffic arrangement is inadequate, hard stop; it’s just not gonna cut it,” he said.

Commissioners also suggested more outdoor space beyond the two lawn areas included in the plan, with some adding they would even consider reducing the number of dwellings to open up more common areas. “An asphalt jungle is what it is: an asphalt jungle,” said Michael Murray.

Members of the Napa Housing Coalition advocacy group echoed Murray’s concerns about a lack of amenities for the housing block.

“It’s not just about housing – it’s about quality of life and making sure everything we build is a place that people will want to live in,” said coalition member Joelle Gallagher, who also asked developers to include solar roof panels, electric-vehicle chargers and other energy-efficiency features.

Neither housing advocates nor city officials were able to get immediate answers to their concerns on Thursday, as no one appeared on the developers’ behalf during the 75-minute meeting.

Mark Horton, a San Francisco architect working with applicant Napa One LP, was scheduled to speak to the commission but was caught in afternoon rush-hour traffic out of Marin County and did not reach City Hall until 10 minutes after the meeting ended.

No date was immediately set for planners to rule on the Napa apartments’ permits.

A plan to build as many as 70 apartments in Napa — greenlighted by the city in 2014 but later stalled — has been relaunched.