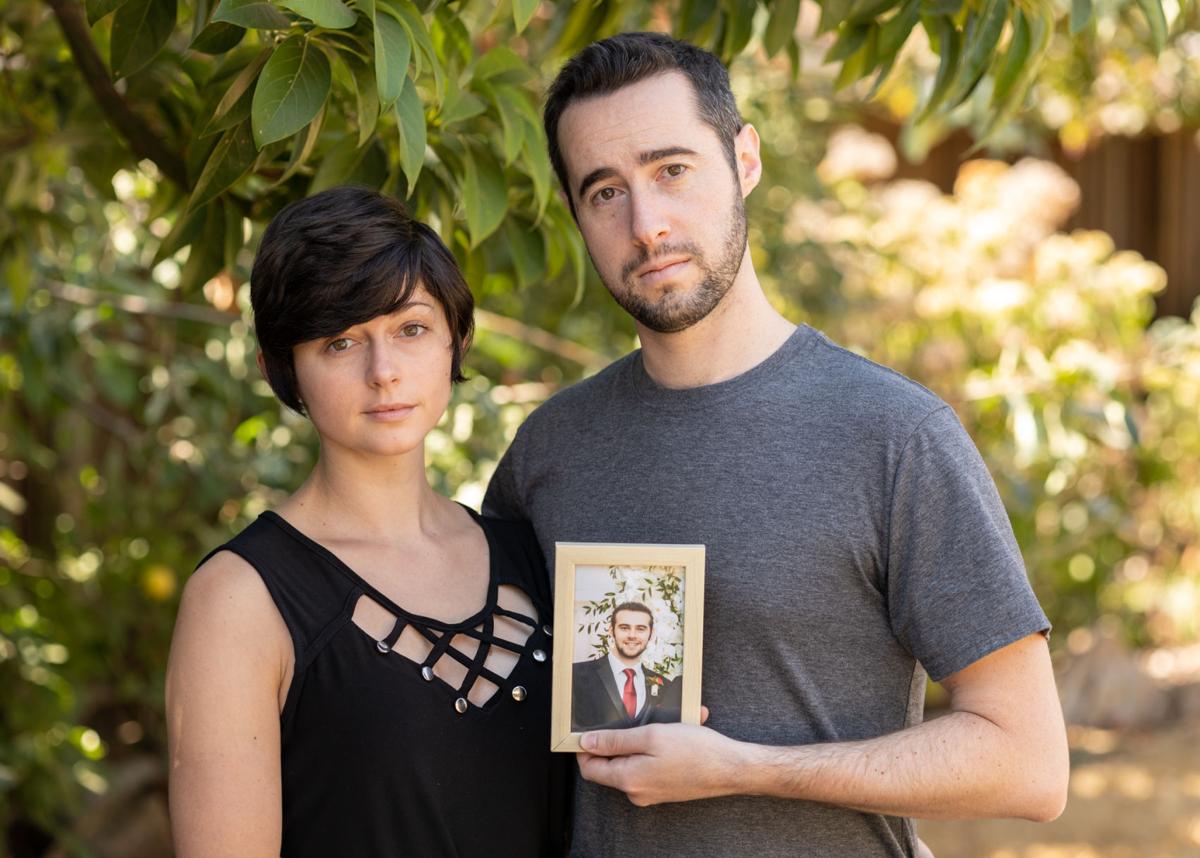 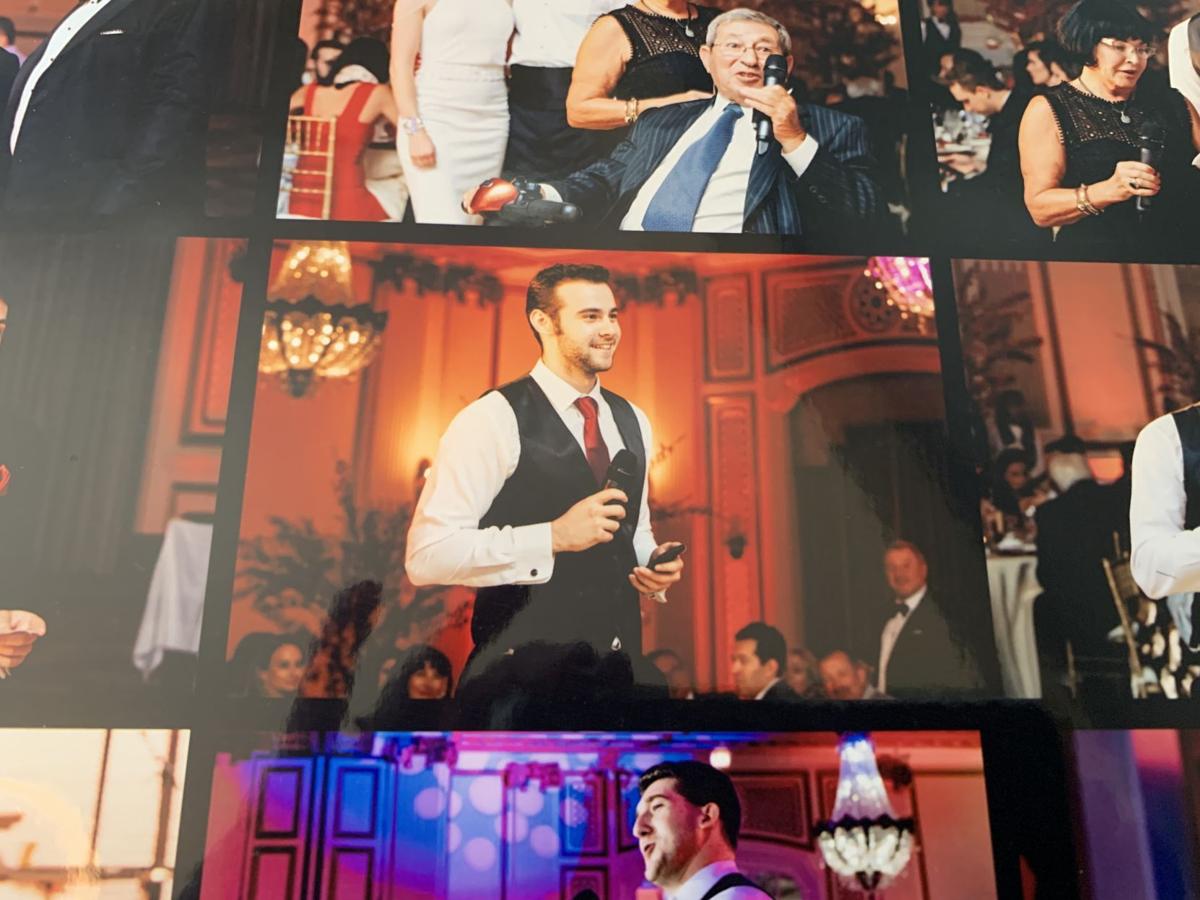 Twenty months after he caused the drunk driving crash that left one family mourning the loss of a son, brother, and friend, Gary Lee Lindstrom now knows what his punishment will be.

“In the blink of an eye you changed this family’s entire life,” said Judge Elia Ortiz, as she made her ruling.

Ortiz issued her decision after Lindstrom plead no contest to charges including gross vehicular manslaughter while intoxicated and driving under the influence causing injury. He was 31 at the time of the collision.

On Super Bowl Sunday, Feb. 2, 2020, after consuming an estimated seven alcoholic drinks, Lindstrom got into his Infiniti G37s. Speeding up Browns Valley Road at approximately 85 mph, he collided with the vehicle driven by Kevin Patland, then 23.

Patland was transported by ambulance but died that same day at Queen of the Valley Medical Center. A woman in Lindstrom’s car was also injured.

Lindstrom’s sentencing hearing, last Friday morning, was a somber day for all involved.

It began as a large crowd filled Napa criminal court department 1. Many of the group appeared to be supporters of the Patland family.

Lindstrom, wearing a blue suit, sat next to his attorney, Douglas Pharr.

“Mr. Lindstrom is deeply sorry for what he’s done,” said Pharr, addressing the court. “He’s a person that made a horrible mistake resulting in tragic consequences.”

Pharr noted that his client had no criminal history prior to this crash. He was “amenable” to probation but if not, “a one-year jail commitment that shows people there are consequences to drinking and driving,” would be appropriate, said Pharr.

Lindstrom has not drunk alcohol since that day, added his attorney.

“He’s not a danger to society,” said Pharr. He asked Judge Ortiz to give Lindstrom the opportunity “to show he’s going to spend the rest of his life,” just as he did before this accident — “completely crime-free.”

“Mr. Lindstrom did everything wrong,” that day, said McLeod. “He left his home, knowing he was going to drink alcohol and drive,” she said.

According to McLeod, Lindstrom’s blood alcohol concentration was recorded as .15%. He recklessly raced up Browns Valley Road.

Despite the fact that Lindstrom has no criminal history, “I’m asking the court to take a strong position on this case,” she said. “A message needs to be sent to Mr. Lindstrom as well as the rest of our community that this behavior cannot be stood for.”

Members of the Patland family also spoke at the sentencing.

“We’ve waited a long time for this moment,” to address the court, said Kevin’s father Henry Patland. “It was the toughest year and half of our lives, knowing the person who killed our son was out on bail while our family was grieving.”

“There is only one person responsible for the death of our son,” and that is Gary Lindstrom, said Henry Patland. “His actions lead to this tragedy.”

He deserves the maximum sentence, said the father.

“When something this tragic occurs it impacts the whole family for their entire life,” she said. Birthdays, holidays and other such events are never the same.

Felix Patland is Kevin’s twin brother. Growing up, they had a bond like no other, recalled Felix.

“We’d always stick up for each other. And now he’s gone.” However, “That doesn’t mean I’m done sticking up for him,” he said.

“What happened that night was a display of extreme recklessness,” Felix Patland said. “My brother did not deserve to die that day. Mr. Lindstrom needs to be held accountable.”

During the sentencing, Lindstrom sat unmoving, his hands clasped together in front of him on top of the table. When Judge Ortiz asked if he had anything to say, Lindstrom briefly addressed the court.

“I would like to apologize,” Lindstrom said. “I can’t take that back that day or I would. I’ve stopped drinking. I never will let this happen again,” he said. “I’m deeply sorry for the pain I have caused.”

According to sentencing guidelines, Lindstrom will be required to serve 85% of the seven years, said Ortiz. That comes to approximately 5.9 years.

In an email on Monday, brother Michael Patland said "While this sentencing in no way lessens the pain of losing Kevin, it does offer peace of mind and some measure of justice. We hope this will serve as a reminder of the consequences of drinking and driving to others in the future.”

“If there is any good to come from this horrible event, it will be people realizing that even if they have never been in trouble … all it takes is one instance of driving while impaired to create devastation in the lives of others and extremely serious consequences for yourself,” said the attorney.

Photos: No solace for Napa family’s loss after DUI crash

Napa Police announced the arrest of a 31-year-old resident in connection with a two-car crash Sunday in Browns Valley in which a driver died.

One person died in a two-vehicle crash in west Napa on Sunday night.

One person died in a two-vehicle crash in west Napa on Sunday night.

California contains parts of 3 of the deadliest US interstates, report shows. Here's where

According to the National Highway Traffic Safety Administration, Americans drove 430.3 billion fewer miles in 2020 than 019, partly due to COVID-19.