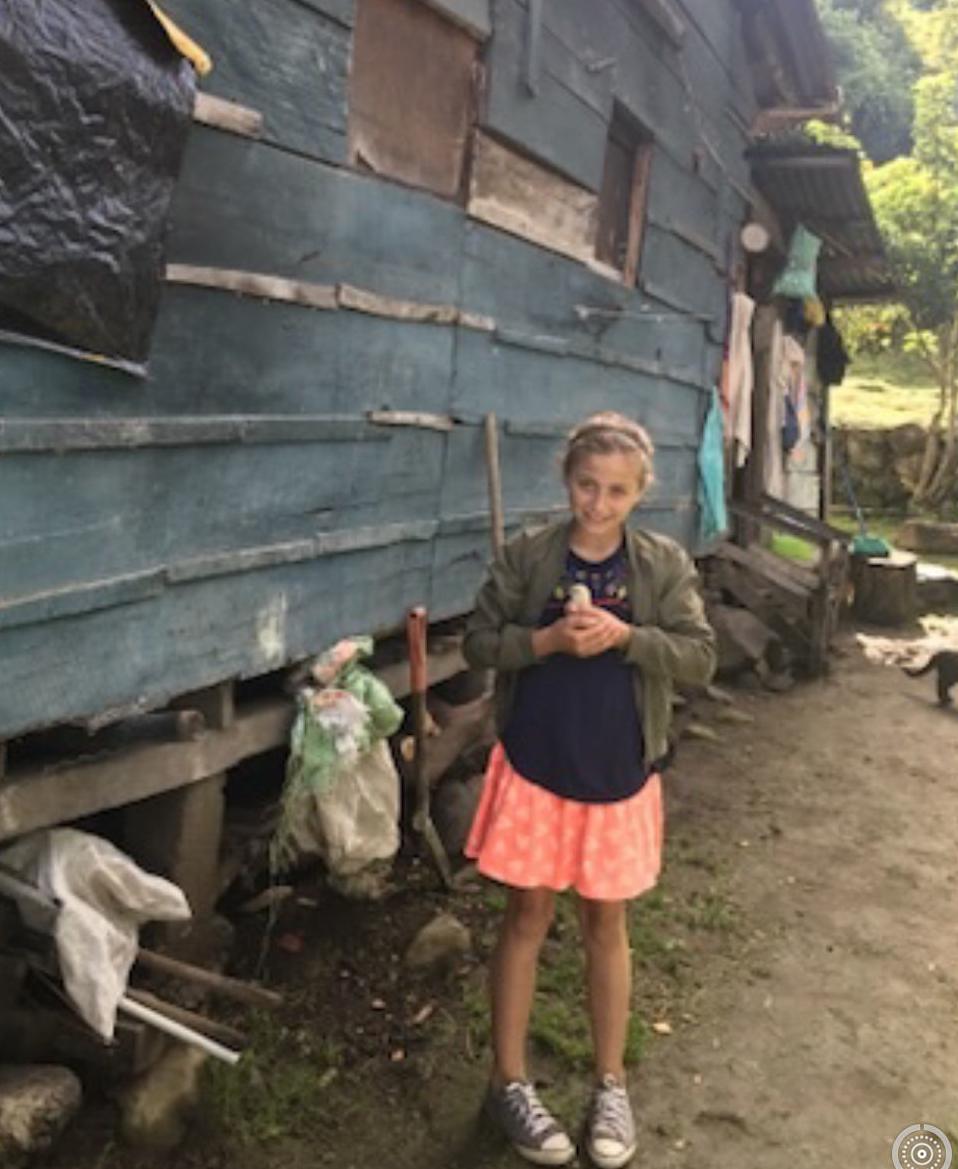 Arabella Gerosa will travel from Napa to Belize on a humanitarian trip to help build a center for women in need. This is a photo of Arabella from a similar trip to Panama. 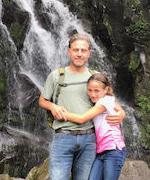 Arabella Gerosa and her father Phi Gerosa, shown here during a mission in Panama, will travel to Belize on another mission to help women in need. 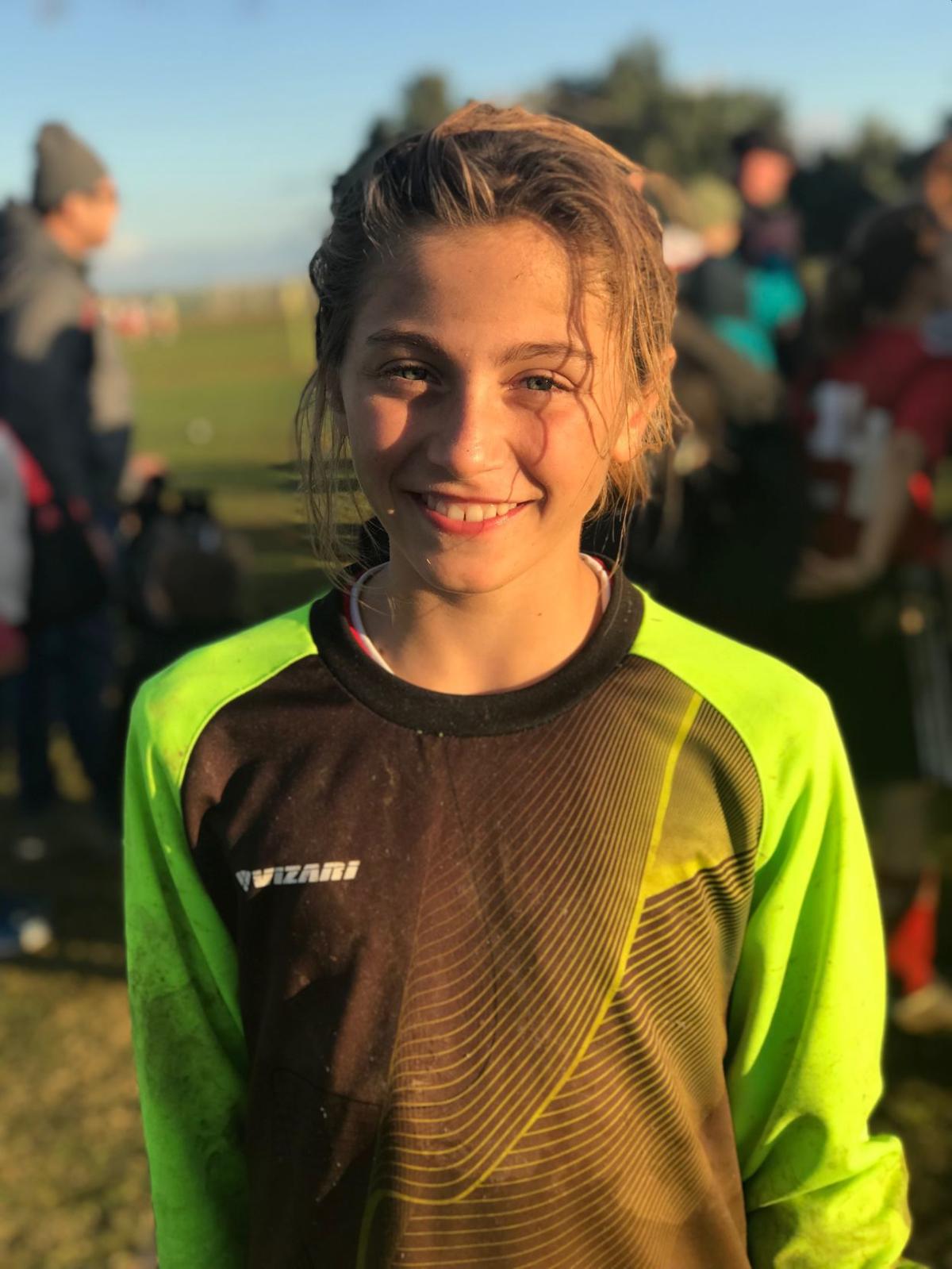 Arabella Gerosa will travel from Napa to Belize on a humanitarian trip to help build a center for women in need. This is a photo of Arabella from a similar trip to Panama.

Arabella Gerosa and her father Phi Gerosa, shown here during a mission in Panama, will travel to Belize on another mission to help women in need.

Arabella, 10, and her father, Phil Gerosa, will travel to the Central American country to spend five days on a humanitarian mission to build a center for disadvantaged women, one that will also serve as a residence for girls who are rescued from sex trafficking.

The father/daughter team decided to donate their time and efforts after going on a similar mission trip to Panama in 2016.

“It was a real adventure,” said Arabella. “I like that we helped people,” she said.

“I felt a calling to my heart to do this,” Phil Gerosa said. “The right thing to do is help people, in whatever way.”

Spending time together is important to any family but even more so for the Gerosas.

Arabella’s mother, Áine Kelly, died of an aneurysm on Father’s Day in 2014. Arabella was just 6-years-old at the time.

It’s hard to be both, he admitted, “but when you don’t have a choice, you click into gear.”

Gerosa, who is a general contractor, said he wants to be a good example to his daughter. “I think as a dad, our job is to teach our children,” to be giving and selfless, he said.

“How amazing to have this opportunity to learn some incredible compassion skills,” he said.

After her Panama trip, “I felt really thankful that we could help people out,” said Arabella.

So when asked about going on the Belize mission, her reaction was “I would love to do that.”

Arabella said she’s never been to Belize. She attends Veritas Christian Academy in Napa, but the trip is organized by a nonprofit called DBR ministries based in Sanford, North Carolina. Gerosa said another Napa resident, Shilah Salmon, will also join the mission in Belize.

Asked what she thinks Belize will be like, Arabella said “I think it’s going to be different” because it’s a different culture.

They will be working in what Gerosa described as a “ghetto” area. The houses will likely be “a lot different” from her Napa home, Arabella said.

From her Panama trip, Arabella knows that she’ll likely see all kinds of new things in Belize.

For example, “one time before we were leaving Panama, I saw a big ginormous tarantula” in her bed.

But she’s not afraid to go on this trip “because I know the Lord will not let me get hurt and the Lord will keep my dad and everyone safe.”

“A lot of people said why don’t you go on vacation and sit on a beach and chill,” but “these people have nothing,” Phil Gerosa said. “We want to make a difference.”

Gerosa and Arabella’s mother were divorced when she died. But he said if Kelly was alive today, she’d support their mission trip.

She’d be proud of their daughter “for being a very kind person,” he said.

Arabella said her mom would tell her, “Keep doing what you’re doing and don’t give up.”

Napa students get real about money at New Technology High

How much money should I budget each month for rent, transportation, food and other needs? Can I afford a high-end cellphone plan and still pay…