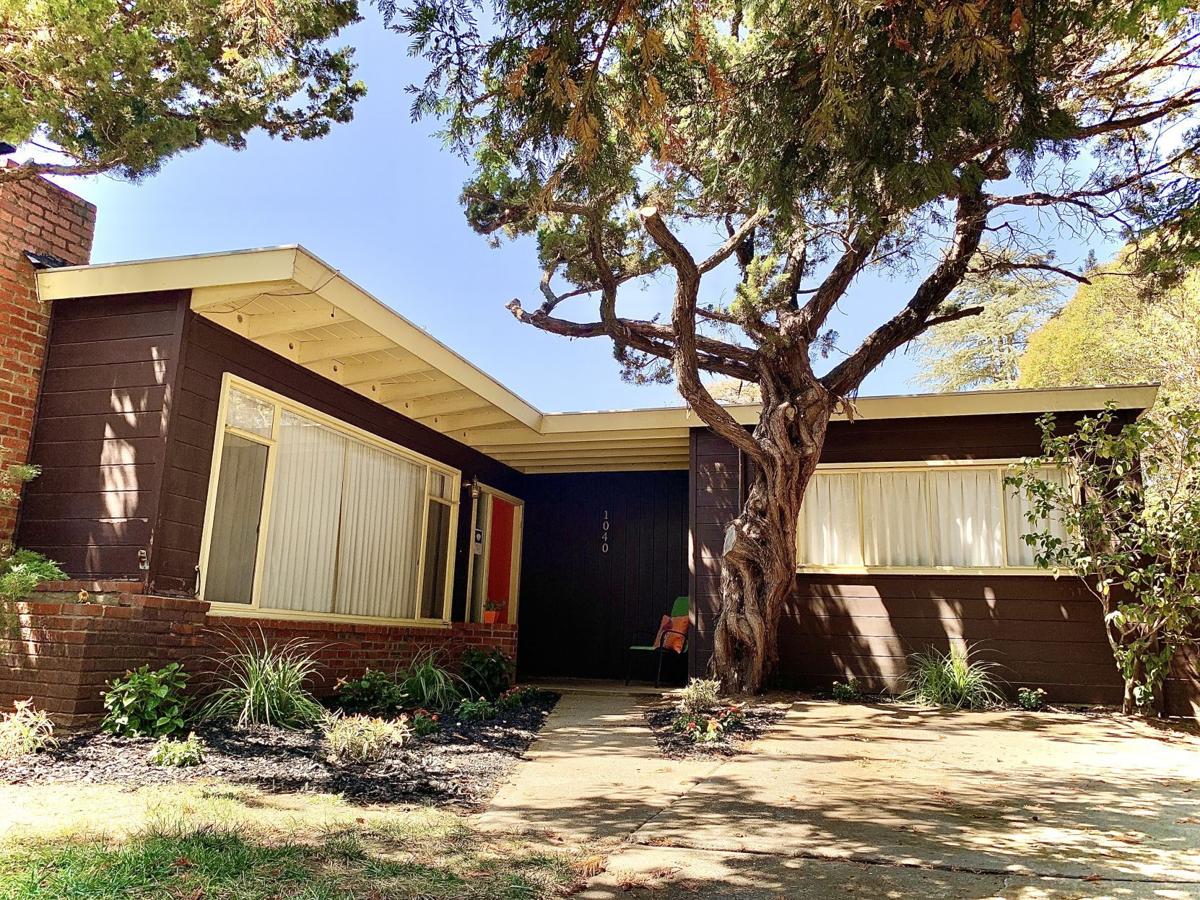 The median price of a Napa County home sold in July was $840,000. This home at 1040 Bella Drive in Napa was recently listed for sale for $825,000. The mid-century modern home is in original condition. It received multiple offers, over asking price. 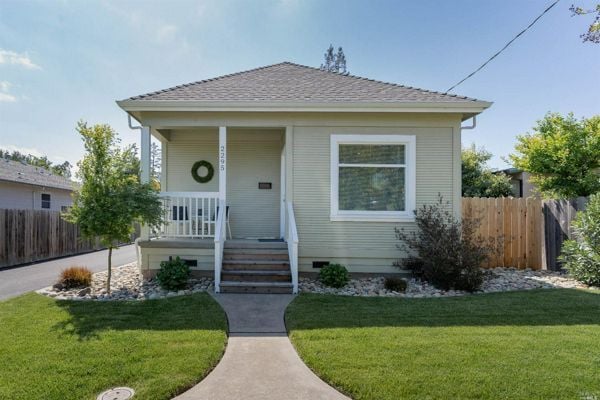 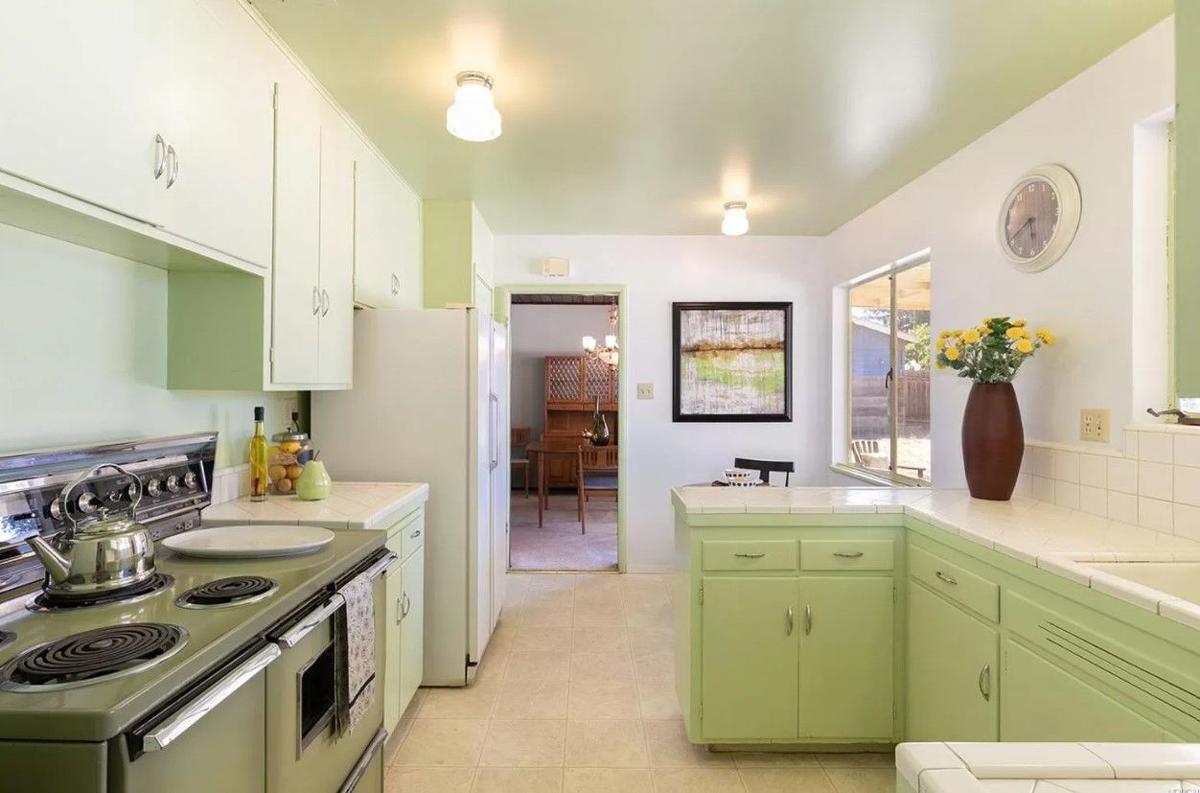 This home at 1040 Bella Drive in Napa was recently listed for sale for $825,000. The mid-century modern home is in original condition. It received multiple offers, over asking price.

Lani Cooke has been selling Napa Valley real estate for more than 35 years, but 2021 has been one for the books.

“I’ve never seen a market like this,” she said. “Nothing seems to sell for where it’s listed,” said Cooke. “Almost everything seems to be going over (asking price) whether a little or a lot. It’s crazy right now.”

“Everything we have listed lately in the 800s or 900s has all gone well over asking,” and with multiple offers, said Cooke, who works with Golden Gate Sotheby's International Realty.

Napa homes that don’t require major repairs or remodels are starting in the mid-$700,000 price range “and going up from there,” she said.

Cooke currently has a north Napa home listing close to that median price. Located at 1040 Bella Drive, it’s a mid-century modern home, in original condition, with vineyard views. The home was listed last week for $825,000.

During two open houses, “we got bombarded,” she said. “They just kept coming. It was just crazy.”

Many visitors were locals but some came from San Francisco and elsewhere, she said.

By Tuesday the owners had seven offers. They have since countered four of them.

Cooke described another Napa home she recently had listed for $895,000. It received multiple offers and sold for $1.295 million.

“It was just a four-bedroom tract house but in decent shape and in a court with a pretty yard,” she said.

“There seem to be a lot of people out there with a lot of money and if they like the house they don’t care what they paid for it,” said Cooke. There’s almost “no rhyme or reason.”

There are a few indicators. Interest rates are so low “that money is practically free,” she said. “So many people have been allowed to work from home and they went to get out of the congested areas and have a place in our valley.”

Simpkins also has a listing close to that median price. Located at 2295 Adrian St., the current asking price is $849,000.

However, the home has yet to be sold. The realtor thinks it’s because buyers are hesitant about the multifamily housing complex next door.

That could be short-sighted thinking. Unlike other homes that would sell for that same price, or higher, and then need renovations, the Adrian Street listing is move-in ready, he said.

“The people leaving have all their money is tied up in their house,” he said. They’re leaving the valley because they can’t afford to move up, or stay, in Napa.

The realtor said Napa buyers should expect multiple offers if the property is under the median and appropriately priced.

And downtown “is red hot as ever.”

Downtown buyers want an older home with character and walking distance to downtown dining, he said.

As he sees more and more second-home buyers coming to Napa, Simpkins had this warning.

“We are becoming St. Helena-tized,” he said. “That’s what we’re getting here as we turn our focus from serving Napa and serving the world as a tourist destination.”

Statewide, California’s housing market moderated for the third straight month in July with both home sales and prices tempering from the heated market conditions seen over the past year, while still staying above pre-pandemic levels, the California Association of Realtors (CAR) reported.

July’s sales level was the second-highest level in a July in the past six years. Despite the downward trend, California home sales maintained a solid year-to-date increase of 27.3 percent.

“The California housing market continues to normalize from the white-hot conditions we experienced at the height of the pandemic with both sales and prices moderating as we slowly transition from the peak home-buying season into the fall,” said CAR President Dave Walsh.

“The market remains solid, however, as sales were still the second-highest level for a July in the last six years, and the statewide median price continues to perform above last year’s level by double-digits. Housing supply, while improved, remains tight and market competition is still heated with homes flying off the market in record time.”

After setting record highs for the past four consecutive months, California’s median home price slipped 1 percent on a month-to-month basis to $811,170 in July, down from June’s $819,630 and up 21.7 percent from the $666,320 recorded last July. The median price in California remained above the $800,000 benchmark for the fourth consecutive month.

“However, home prices should ease as housing inventory improves in the third quarter and the market continues to normalize during the traditional off-season.”

Single room occupancy (SRO) rooms — like studios — could be coming to this historic downtown Napa home.

A beer garden, offices and others are the future tenants at the former Exertec Fitness Center parcel at 1500 First St. in Napa.

Napa County home prices dipped slightly in May, but inventory is low and multiple offers are common.

Now used to teach agriculture, the property is planned for 53 single-family homes, with 13 of them having accessory dwelling units.

NapaStat | $1.865 million: That’s the price of the most expensive home sold in Napa in March. The home is at 405 Jefferson St., near Fuller Park.

Napa Stat: Check out the most expensive home sold in Napa in March. It's located at 405 Jefferson St., near Fuller Park.

NapaStat | $5.5 million: That’s the price of the most expensive home property sold in Napa County in March. The home (on 5 acres) is located at 2126 Madrona Ave., St. Helena.

Napa Stat: Check out the most expensive home and property sold in Napa County in March. Located in St. Helena, it sold for $5.5 million.

Meanwhile, housing price growth has been high in other Bay Area regions such as west Marin County, eastern Contra Costa County and Napa.

The median price of a Napa County home sold in July was $840,000. This home at 1040 Bella Drive in Napa was recently listed for sale for $825,000. The mid-century modern home is in original condition. It received multiple offers, over asking price.

This home at 1040 Bella Drive in Napa was recently listed for sale for $825,000. The mid-century modern home is in original condition. It received multiple offers, over asking price.