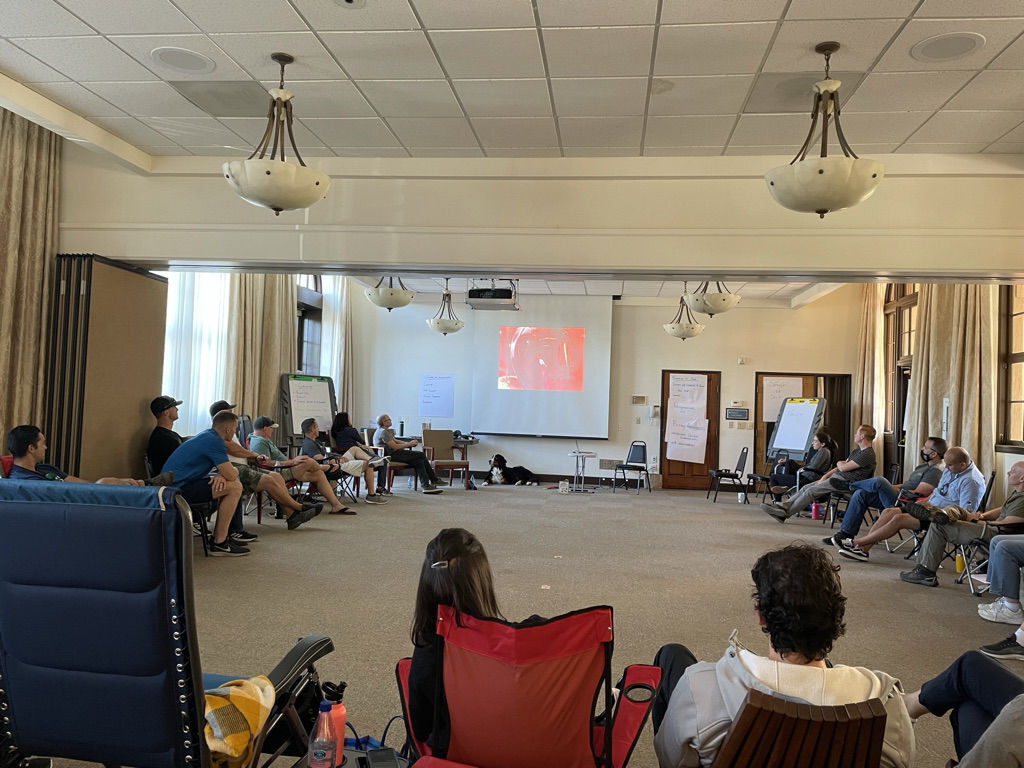 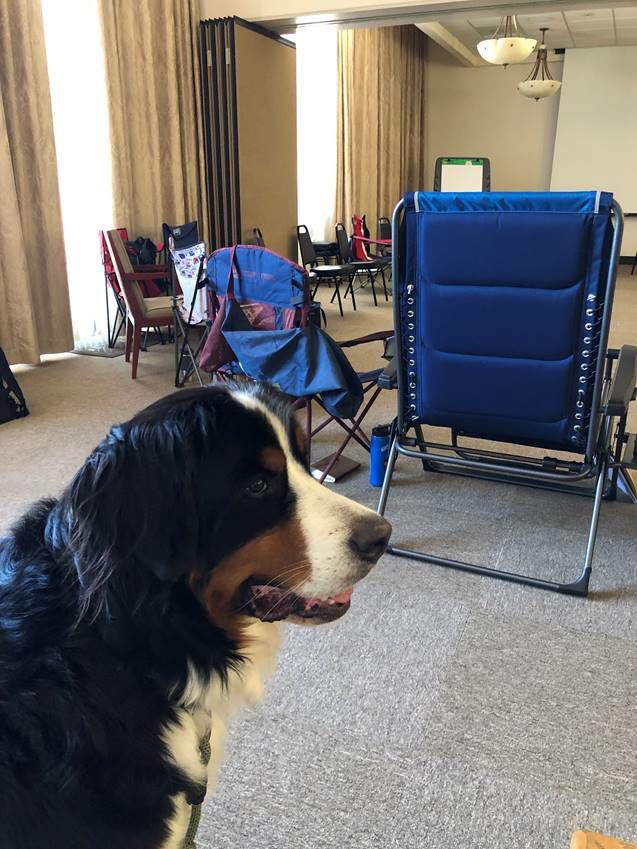 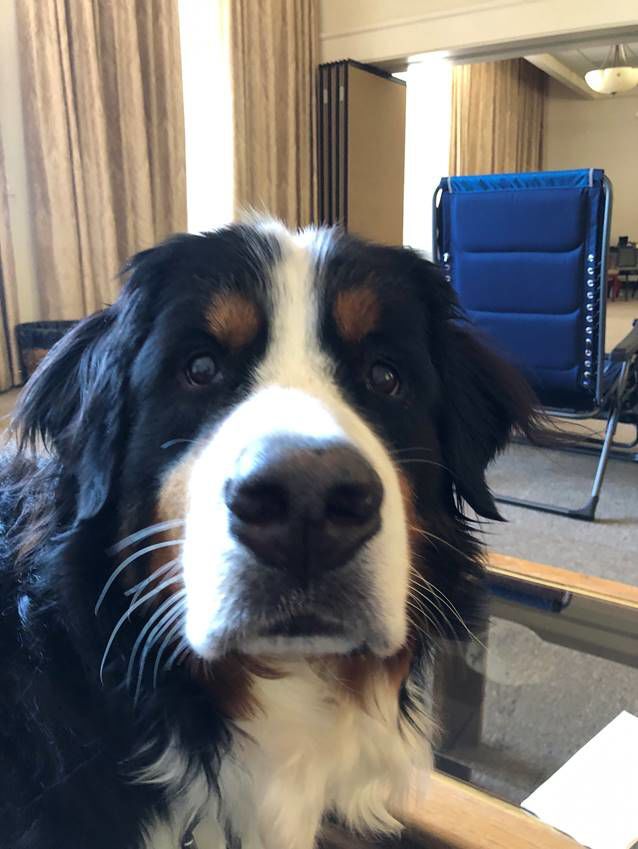 First responders have stressful jobs. They work with unpredictability, responding each day to whatever might emerge: petty crime, violence, natural disasters, mental health crises and much more.

All the while, they’re expected to approach each situation with a professional steadfastness, said Napa Police Chief Jennifer Gonzales.

“We have to be the calm man in the chaos,” Gonzales said.

But being consistently exposed to the chaos of society can take a toll on anyone, no matter their passion for the job, say local law enforcement leaders.

Napa County Sheriff Oscar Ortiz said people typically enter law enforcement professions with enthusiasm and a desire to serve their community. But then, he said, the officers naturally come into contact with people living the worst days of their life. Their idealism — along with their mental health — can be chipped away over time.

“We have to do what we can as law enforcement organizations to take care of our people and find a way to keep their enthusiasm over the course of their career,” Ortiz said.

Gonzales said basic humanity is often the best attribute law enforcement personnel have access to, because it means they’re capable of empathically connecting with the community. That humanity, she said, is theoretically what makes implicit bias training — which is designed to get people to recognize and examine unconscious biases they hold — work, as officers are able to find ways to relate to people from historically marginalized communities they don’t share a common background with.

But being human also means officers take on a mental toll from responding to human suffering, with greater regularity and intensity than the average person, Gonzales said. She added the two departments have developed means of taking into account officers’ mental, physical and financial well-being over time to mitigate the trauma officers face.

“When the sheriff and I started our careers, the environment for well-being wasn’t what it was today,” Gonzales said. “We’ve seen the changes in administrative support for employees to take care of themselves. It’s no longer something we don’t talk about.”

One major source of mental health aid, Ortiz said, is peer support programs that all city and county fire and law enforcement personnel have access to.

Ortiz said he was lucky to have some support from peers early in his career, despite it being the '90s, when the cultural attitude of law enforcement toward mental health was: “suck it up, buttercup.”

He said one of his most emotionally taxing calls for service involved the death of a child. Ortiz handled the call professionally, he said, but once the child’s corpse was taken to the morgue, he had to take a moment to collect himself.

“At that point, the robot cop kind of went off, and the human being went on,” Ortiz said.

Then Ortiz felt a hand on his back from his supervisor, who asked how he was doing. Ortiz responded he was okay, that he just needed a moment to recover. And, to Ortiz’s surprise, his supervisor said he’d be worried if Ortiz hadn’t needed that moment.

Ortiz said his supervisor back then, at that moment, had effectively served the role of a peer support counselor.

Gonzales said she’d been lucky to also receive mentoring that emphasized taking care of employees. She once had a debriefing after a critical incident — which refers to any potentially traumatic event that goes beyond a police officer’s regular experience, such as combat — early in her career, which she believed was going to be about tactics but turned out to be focused on letting the officers explore their thoughts and feelings.

Gonzales added NPD also carries out debriefings of that nature after critical incidents.

“’Suck it up buttercup’ culture doesn’t really benefit people,” Ortiz said. “I’ve seen it in the course of my career, throughout the country. I think nationwide we’ve seen this trend towards better mindfulness, better taking care of our people, peer support teams and resources and support for employees. I think we’ve seen that especially in the last eight, nine years.”

In taking on police trauma, mindfulness — the practice of “maintaining a moment-by-moment awareness of our thoughts, feelings, bodily sensations and surrounding environment, through a gentle, nurturing lens,” according to UC Berkeley’s Greater Good Magazine — was a particular focus of Napa’s former Interim Police Chief Sylvia Moir during her stint at NPD earlier this year.

Richard Goerling, founder of the Mindful Badge Initiative, said Moir told him she wanted a pilot group of roughly 30 Napa officers to be taught mindfulness skills. In June, the organization held two in-person trainings with NPD and followed up with weekly Zoom sessions.

Goerling, a retired police lieutenant and veteran of the United States Coast Guard, said he founded Mindful Badge to bring growth mindset and trauma competency training to public safety professionals. His training gives officers tools to “combat burnout and cynicism and the dualistic thinking that often emerges as a coping mechanism."

Moir knew Goerling before coming to Napa, according to a TEDx talk she gave in 2019, titled “The potential of mindful policing.” In the talk, Moir details a call she responded to that involved a man who died by suicide. Moir and the other officers present acted humanely and professionally, she said, and she even comforted the man’s wife. But then she dove back into work.

Moir said in the talk that, in 2018, 148 United States police officers were killed on duty compared to 159 police officers who died by suicide —“for unknown reasons, but perhaps it was from calls like I handled,” she said.

Goerling said much of the trauma law enforcement workers experience is connected to wide systemic failures that police end up being the default answer to.

“Policing is a system we’ve created as a society that is there to deal with failures of systems,” Goerling said. “Failures of mental health systems, medicine, education, economics. Police officers typically deal with chronic trauma. People are part of multiple complex system failures and police officers are expected to manage that.”

Goerling also trains the cultivation of a growth mindset — a term which refers to an individual’s belief they can develop through perseverance and effort — and applies the term specifically to working with trauma injury, which he said is inevitable for people working in law enforcement. The culture of policing, he said, has largely sought to deny trauma injury, which can lead to self-destructive coping mechanisms such as substance abuse or workaholism.

“We want to armor up and avoid trauma injury,” Goerling said. “It’s a hyper-masculine culture. But it’s not about being tough enough; it’s about skillfully understanding the science of trauma and science of trauma competency.”

Police culture, Goerling added, teaches officers to believe they can control their emotions and deny their humanity. But absolute control, he said, is a delusion. And trauma injury can even make conversations around police reform — such as the conversations that have occurred since the murder of George Floyd last year — appear like a threat, he said.

“Our current way of viewing and navigating occupational trauma does not work,” Goerling said. “Not only does it not work but it’s literally killing us. One could argue it may in fact be contributing to the unlawful use of force in our communities. We might argue its killing community members as well, particularly people of color.”

In her talk, Moir said there are about 67 million face-to-face encounters between a police officer and a member of the community every year, which she said represents: “67 million opportunities to do it right or do it wrong.”

That number, she said, led her to want to do something more to influence the “acute, chronic and cumulative toxicity of policing.” She and several other officers trained in mindfulness with Goerling and found it to be a positive influence. That experience led Moir to suggest mindfulness be practiced more broadly in policing, she said, which was often not well received by her law enforcement peers.

But, she said in the talk, she’d seen the results of mindfulness. As the police chief of Tempe, Arizona, she had an officer tell her that, through practicing mindfulness, he managed to stay calm and not shoot a man who reached into his waistband for a gun. The man threw the gun to the ground, the officer told Moir. The officer thanked Moir for introducing him to mindfulness, saying, according to Moir, “Before mindfulness that would have been an officer-involved shooting.”

Moir said the officer’s experience in Tempe was proof enough she needed to continue her commitment to mindfulness in policing.

“If we, as executives in policing, push this throughout the profession, we might just change the way officers view themselves in duty, how they safeguard themselves from the corrosive drip and the tactical environment,” Moir said. “We may just redefine our interactions with our community. As a potential outgrowth, we may just foster deeper humanity.”

Deputy on patrol on the lake located a wakeboarder who had been mauled by a boat propeller and brought her to safety.

Three volunteer firefighters who lost their homes in Napa County's August 2020 wildfires have received thanks, and funds to help them rebuild.

A career that began four decades ago in San Mateo and brought Robertson to Napa County in 1991 came to an end Saturday.

Capt. Rick Greenberg to serve as interim chief of police in American Canyon

He replaces Chief Oscar Ortiz, who has been named sheriff to replace the retiring Sheriff John Robertson.