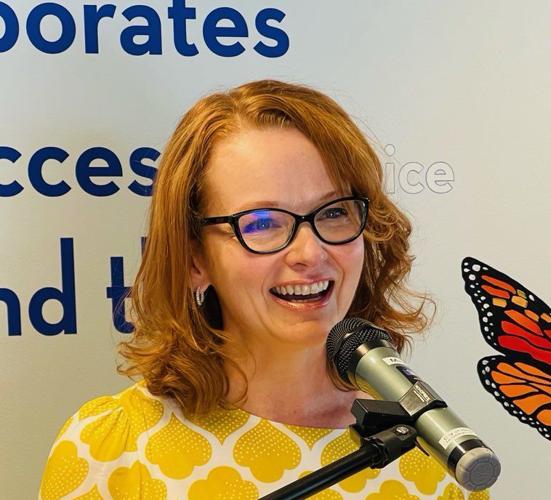 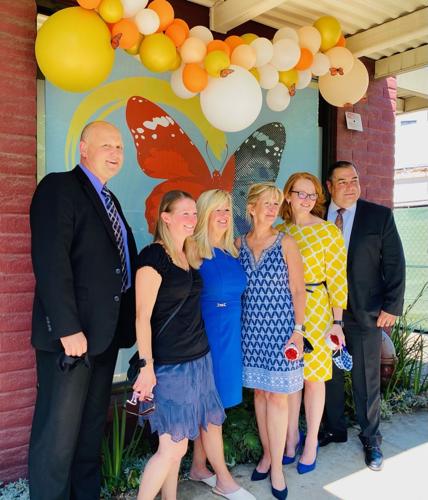 Supporters of the Monarch Justice Center at the center's grand opening.

The center, originally funded by a grant from the California Office of Emergency Services, is a collaborative effort between the District Attorney, local community-based service provider organizations, law enforcement, and adult protective services to develop a model for a Family Justice Center that would best serve vulnerable victims of crime in Napa County.

Monarch is run by an executive board comprised of members of the District Attorney’s Office, Detective Bill Hernandez of the Napa Police Department, Kerry Ahearn Executive Director of Aldea Children and Family Services, Tracy Lamb of NEWS, Joe Cherry of Comprehensive Services for Older Adults and Katy Mendenhall, community member.

Congressman Mike Thompson attended the grand opening and congratulated the executive team for their commitment to a vision of better service provision – a commitment that has withstood a pandemic, fires, and years of relationship and trust-building.

“Monarch’s design is intentionally rooted in compassion and dignity for our community members,” District Attorney Allison Haley told a gathering of well-wishers, “It is designed to treat people well. We recognized that access to compassionate service was unequal, inequitable, and burdensome. We aimed to gently transform an overly complex and inconvenient system all while honoring the dignity of our community members.”

Here is a roundup of police and fire reports in Napa County.

A shoplifting attempt at a Napa grocery led to an attack on a security guard and the suspect’s arrest on a robbery allegation.

Napa Police detectives arrested two Oakland residents on suspected fraud after investigating the theft of over $20,000 in bicycles from the Na…

Pickup crashes into Jack in the Box restaurant in American Canyon

Nobody was injured after a pickup truck struck another vehicle and then the side of a fast-food restaurant, according to police.

A 33-year-old man was arrested after threatening workers in a Napa supermarket, police reported.

Napa Police arrested an Antioch man for attempting to steal a catalytic convertor.

The defendant was also ordered to pay $250,000 for the psychological harm that he caused.

The defendant faces a possible life term in state prison.

That means two of the nine statewide seats are now filled by Napa County prosecutors.

A forum in St. Helena cast a spotlight on human trafficking in Napa County.

Supporters of the Monarch Justice Center at the center's grand opening.