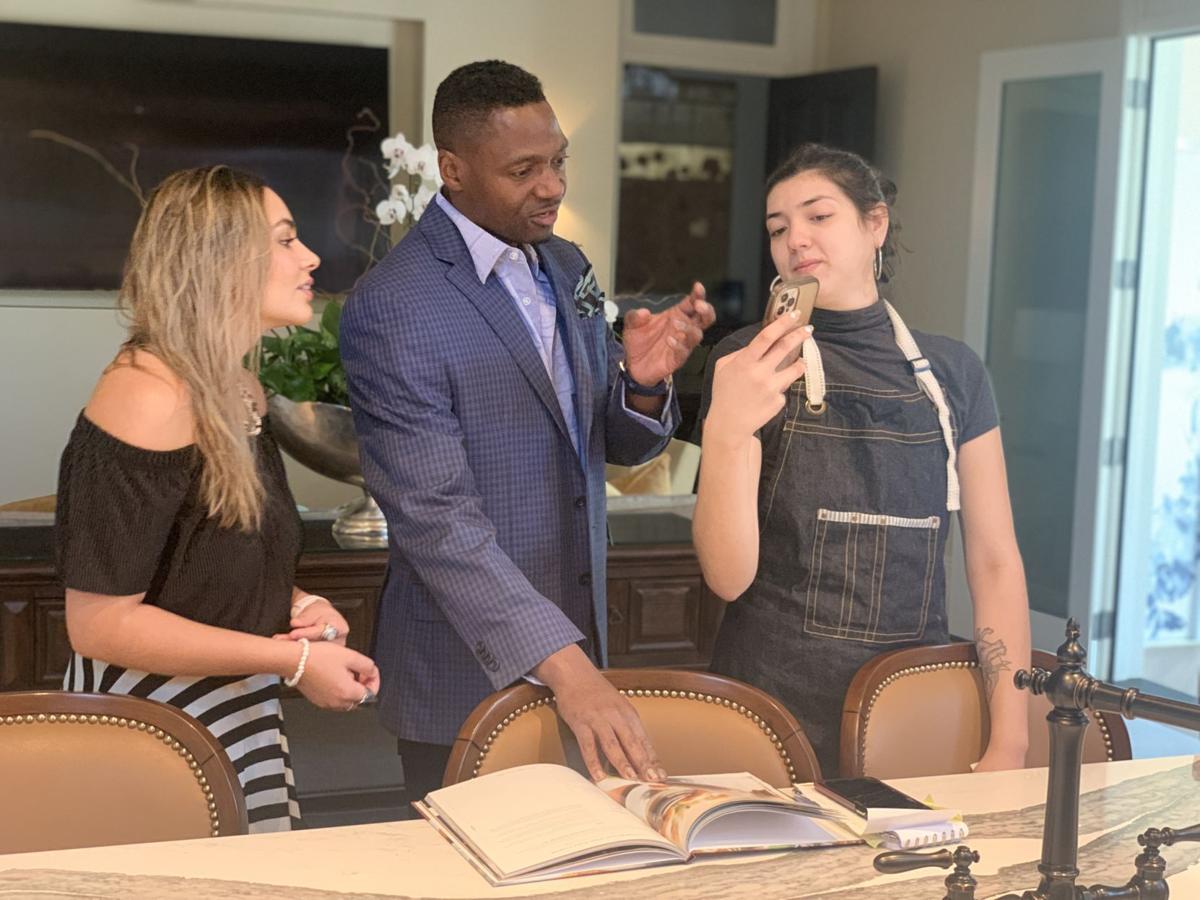 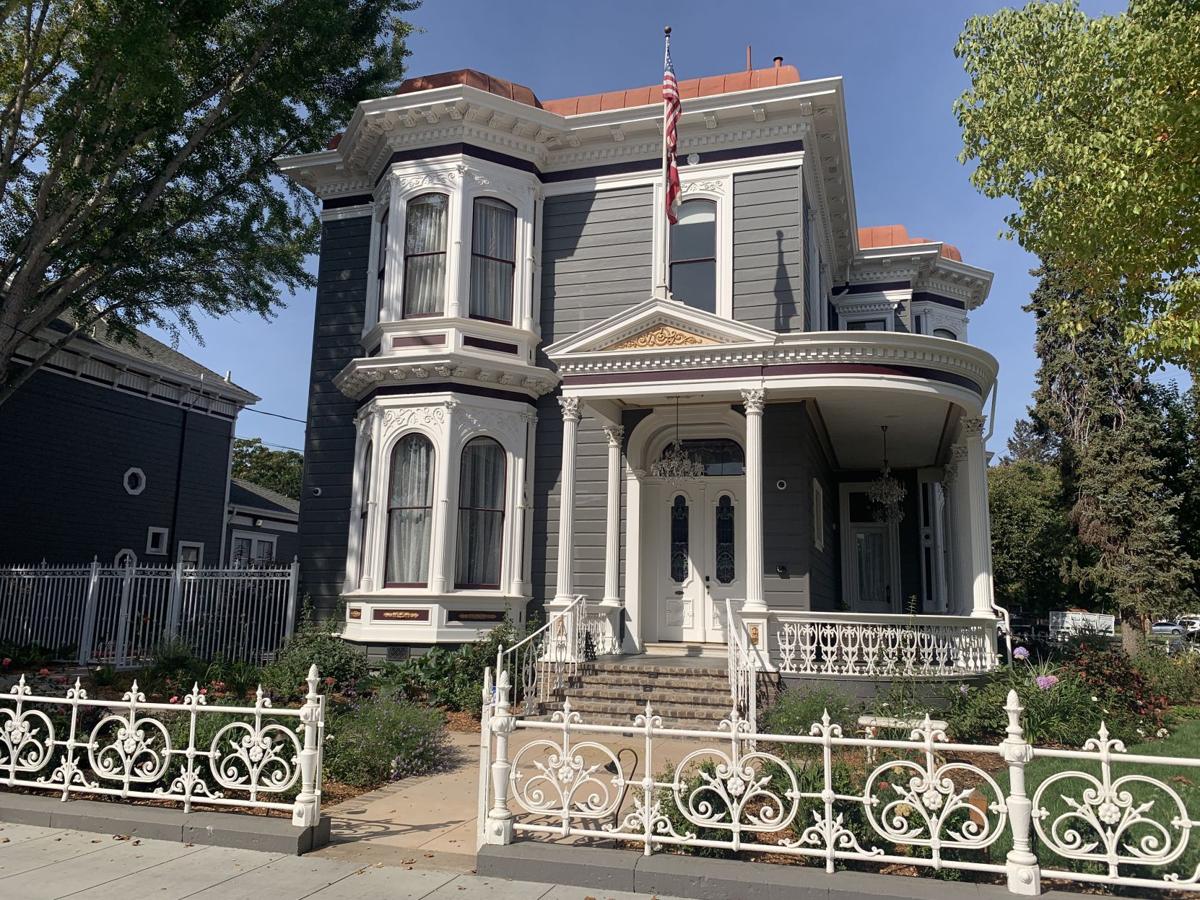 The McClelland House luxury inn is located at 569 Randolph St., at a five-way downtown Napa intersection. The property has been completely remodeled. 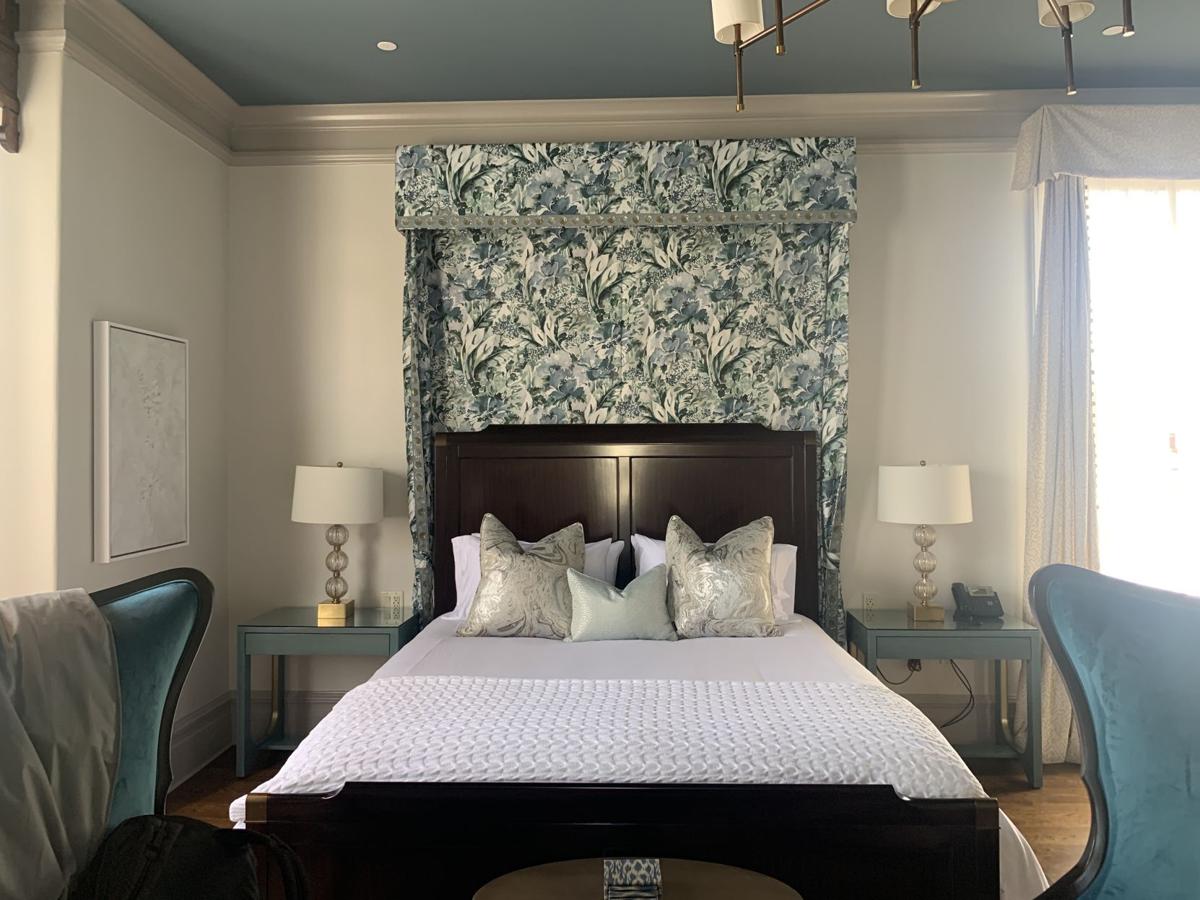 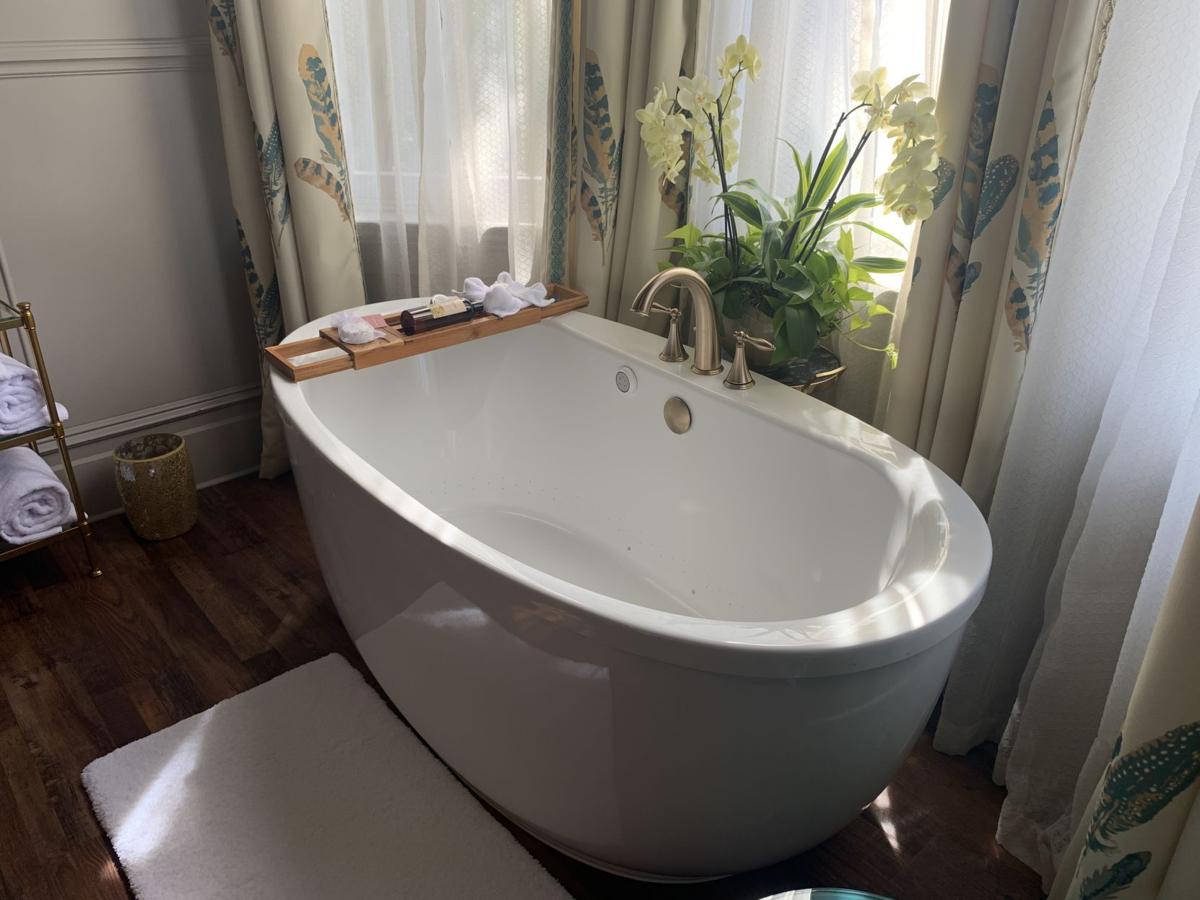 One of Napa’s longtime bed and breakfast inns has pulled back the curtain on a 20-month, multi-million dollar renovation.

And what a reveal it is.

“It’s been a labor of love,” said partner and innkeeper Choolwe Kalulu.

Since then, Kalulu said they’ve invested “way more than $1 million” into the property, including an earthquake retrofit, adding a basement, an elevator, an additional suite, a new kitchen and more. There are six suites total.

“This property was very iconic to us,” he said when asked what drew them to the mansion.

“You cannot replicate a property like this,” said Kalulu, citing the home’s architecture, history and downtown location. “We really value the history. We thought it had a very unique story to tell.”

And with downtown Napa growing as it has, “We felt this was the best time to do this; to ride on this wave.”

In addition, the owners felt the Napa area could accommodate an inn that is both very luxurious “but also approachable (and) very Napa-like.”

“We’re not selling rooms per se, we’re selling an experience,” he said.

In 2019, the inn's new owners had been operating as is for several months when COVID-19 hit. For lack of a better word, the pandemic came at the “right” time, Kalulu said. He and his partners had already planned a renovation, and now they had the opportunity.

“We loved the property for what it was but it was Celeste’s vision,” Kalulu said. “We just needed it to have our identity and stamp on it,” while still respecting the historical nature of the home, he said.

Of course, “That drove the cost up,” he admitted.

Along the way, there were other surprises.

“We found some old medicine vials from the 1800s underneath the stairs. We found a bottle of Robert Mondavi wine from when they were just starting out.” They also found out “that we used to have a well on the property,” inside the former garage/carriage house.

Actually, “The surprise was that we managed to achieve the vision which was to create a warm place that didn’t feel like Grandma’s house.”

Kalulu oversaw the renovation, which covered from top to bottom, literally, he said.

Originally from Zambia, Kalulu came to the U.S. to attend Embry–Riddle Aeronautical University in Florida. For a time, he worked as a private pilot. Later, he worked at an inn in San Francisco where “I just fell in love with hospitality,” said Kalulu.

After meeting a woman from the area, in 2004 he moved to Napa. Today, Kalulu keeps his eyes on the inn 24/7: he lives next door to the mansion. He also works at Napa Valley College as an IT specialist.

The McClelland House “is not your typical anonymous hotel,” he said.

The goal is to create “a unique experience,” by offering upscale amenities but also services such as a 24-hour concierge, luxury vehicle on call, electric bikes and free mini-bar items. Culinary and wine experiences are another key ingredient.

Yes, “Sometimes it’s not economical for us, but we’ve found out that when we go all out, it somehow comes back.”

“We knew this concept would work.”

“The weekends are super busy — a full house every weekend,” said Giselle Luce, the hotel general manager. “The weekdays are lower, which is normal for a small inn.”

Luce said rates currently range from $499 to $989, depending on length of stay and day of the week.

To compare, according to hotel data service STR, the average rate for a Napa County lodging room in August was $462.76.

Rates at The George, another historical home also remodeled into a luxury inn, range from $375 to $825, depending on length of stay and day of week, according to its website.

Where are guests at the McClelland House coming from?

Before the pandemic, “it was a mix,” of visitors from Europe, the east coast and elsewhere, said the innkeeper.

Today, many are coming from the Bay Area, such as San Francisco. After the COVID-19 pandemic shutdowns, “I think they just want to get out,” he said.

How does it feel to finally open the renovation for guests?

“It’s a huge relief but now it’s mostly the anxiety of making sure we live up to the dream of rebranding,” said Kalulu.

She especially noted the work in the kitchen.

“I’m happy,” said Carducci-Ahnfeldt, who now lives in Bozeman, Montana but travels to Napa about once a month.

“It went into very good hands that could definitely put more money into it and take it to the next level,” she said.

The McClelland-Priest house gets its name comes from its first two owners. It was built for Joseph A. and Anna West McClelland in 1878.

They had no children, and the house passed to a cousin following Joseph’s death in 1919.

In the 1930s, the house was purchased by Carlton and Ethel Priest.

Following Carlton’s death, Ethel lived at the Randolph Street house until the year before her death. In 1986, 94-year-old Ethel passed away at a local rest home.

Two years later, Carducci, (before she became Carducci –Ahnfeldt), saw the house. The ornate ceilings and architectural features reminded her of her mother’s Italian home, and Carducci said she knew the McClelland-Priest house would be the perfect place for her to make a transition from her previous career in the corporate world to innkeeping.

“Buying the house was in of itself a task,” said the innkeeper, who purchased the house from the Priest estate and heirs for about $400,000.

McClelland-Priest Bed and Breakfast as seen in 2018

McClelland-Priest Bed and Breakfast home as seen in 2018

McClelland-Priest Bed and Breakfast as seen in 2018

How much does it cost to stay overnight in Napa Valley right now? The answer might surprise you.

Michael Collins, Archer Napa Hotel GM, said he was bitten by the hospitality bug and he's never looked back.

The Napa Winery Inn, a 59-room hotel located in North Napa, has been sold for $12.9 million.

Napa's McClelland-Priest Bed and Breakfast inn has a new owner.

Hotel occupancy and other local economic yardsticks continue to improve, but nearly 27 of every 100 jobs that existed in April 2019 in the hospitality industry have not yet come back, an economist tells city leaders.

Napa's Cambria hotel should restart construction on May 4, a city official said.

This downtown Napa historic mansion has been renovated from top to bottom. Take a look inside.

10 Questions: Imelda Perez of Napa's Archer Hotel makes the property a home away from for guests.

Downtown Napa continued to redevelop in 2020, even amidst the pandemic.

Trefethen takes visitors behind the scenes with Hands-On Harvest event

Register wine reporter Sam Jones joins a crowd at Trefethen to learn what really goes into that glass of wine you enjoy.

$25 million Napa Valley estate is most expensive home for sale

This $25 million estate is Napa Valley's most expensive home for sale. Check it out.

The McClelland House luxury inn is located at 569 Randolph St., at a five-way downtown Napa intersection. The property has been completely remodeled.