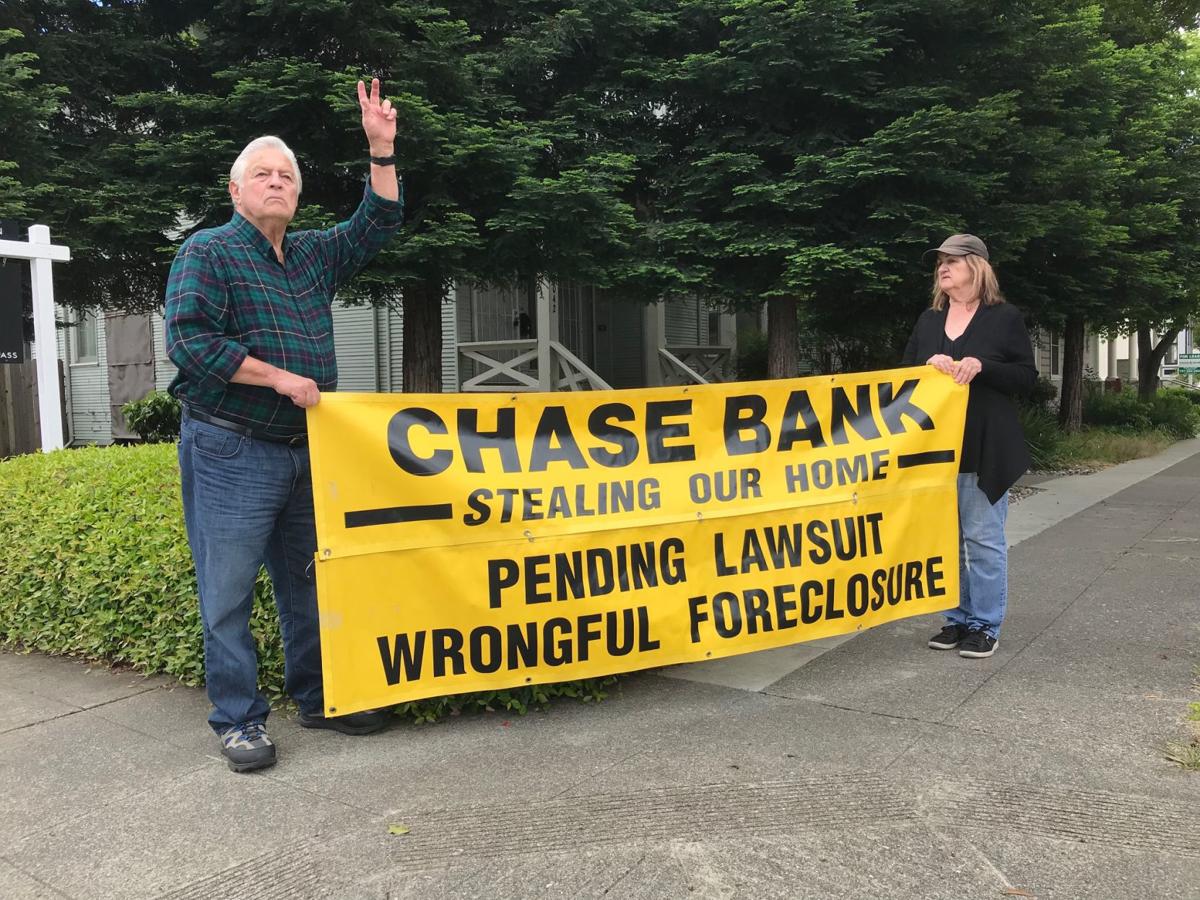 Jerry and Judy Nunn are fighting JP Morgan Chase to reclaim their home on Seminary Street in downtown Napa. 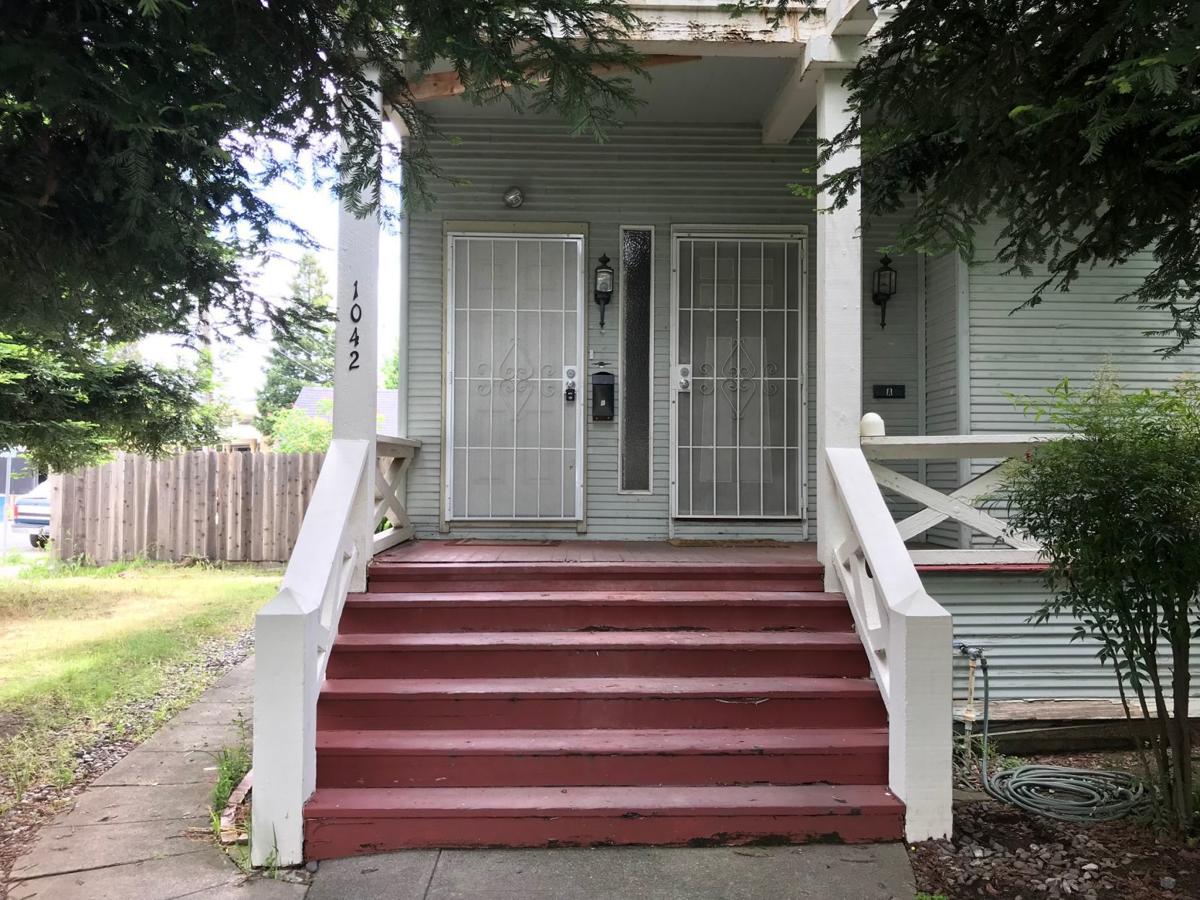 1042 Seminary St., the former home of Jerry and Judy Nunn.

Jerry and Judy Nunn had big plans in 2008. The longtime Napa business owners, then in their 60s, had recently received permission from the city of Napa to turn their family home at 1042 Seminary St. into a bed and breakfast, cheese shop and deli.

They hoped to revive their family-run eatery from the 1970s and 80s, Nunn’s Cheese Barn, formerly located on Main Street.

Instead, things took a bad turn. Their son David, who had been previously been diagnosed with a brain tumor, was not doing well. David had four young children and Judy and Jerry wanted to help support their son.

In 2008, the couple asked their bank for a modification of their adjustable rate mortgage.

“It was very important” to get that loan modified, said Judy Nunn. “It would have lowered our payments and we would have been able to proceed with our business plans and still help our son.”

According to the Nunns, in 2009, the bank that was by then responsible for their mortgage, JP Morgan Chase, told them to stop making mortgage payments on the Seminary Street house, which would then qualify them for a mortgage modification program.

To the Nunns’ dismay, instead of getting their mortgage modified, JP Morgan Chase refused the loan modification, stopped accepting additional mortgage payments and began foreclosure proceedings on a home that Jerry Nunn said had been in his family for 50 years.

“We had believed in our bank and all of sudden, they turned on us,” said Judy Nunn. “They misled us all the way through their process.”

“We put all our faith and trust into the bank,” but “Chase Bank is stealing our home,” said Jerry Nunn, now 78.

More than 10 years and $400,000 in legal fees later, the Nunns are still fighting to reclaim their house.

“It’s been a heart-wrenching journey,” said Judy Nunn, who is also now 78.

Over the past decade, the Nunns have hired least three attorneys to try and keep their house. That led to two lawsuits filed in Napa County Superior Court on behalf of the Nunns.

The first, filed in 2011, centered on the modification agreement the Nunns believed they had established with Chase in 2009. According to the lawsuit, after the Nunns made three modified payments, Chase refused to allow further payments or to honor the modification. The Nunns also later added a claim that in 2016 Chase wrongly foreclosed on their home.

After a number of court rulings, both in favor and against the Nunns, they have continued to litigate the foreclosure of their home.

In 2017, a second lawsuit was filed on behalf of the Nunns to reclaim legal possession of the Seminary Street house. Since then Chase has filed a number of eviction lawsuits that the bank itself dismissed and refiled. The Nunns are appealing the most recent eviction ruling.

Asked to comment on this story, a representative for JP Morgan Chase noted that the Nunns have not made a payment on their Seminary Street mortgage for 10 years.

“During this time, we tried to resolve the matter with them on multiple occasions with several different settlement options,” said a statement from JP Morgan Chase. “Unfortunately, we couldn’t reach a mutually agreeable resolution. So we proceeded with litigation to protect our interests.”

The case could be compared to David versus Goliath, said members of the Nunns’ current legal team.

“It’s all about profit and greed,” said Ronald Freshman, the Nunns’ attorney, who is based in southern California. “They don’t care that this was a family home for 40 years.”

“We think it’s worth that fight,” said Kimberly Cromwell, a paralegal who is working with Freshman.

“They just want to get on with their lives and if Chase will agree to return the title and implement the modification, they will start making payments again,” said Cromwell.

“Jerry and I are so shocked the bank would treat us like this asking for help when our son was terminally ill,” said Judy.

The Nunns’ son David passed away in 2009. “That’s what motivates us for justice,” said Judy. If their son was alive today, “He’d say, ‘Mom don’t take that treatment.’”

JPMorgan Chase was one of a number of large banks involved in the mortgage meltdown that preceded the Great Recession.

The business practices of JP Morgan Chase, and other mortgage lenders, were later investigated. In a 2013 settlement deal with the U.S. government, JPMorgan Chase agreed to pay some $13 billion in fines and other payments related to mortgages and mortgage securities that helped cause the financial crisis that began in 2007.

When asked if the couple ever considered just cutting their losses and moving on, the Nunns said no.

“It’s the principle,” said Judy. “We were brought up to tell the truth and treat others as you want to be treated. We’ve had our homeowner’s rights taken away. It wasn’t our fault.”

The couple said they are making their story public so that people realize what they and others who have lost their homes to foreclosure have experienced.

“When you hear of someone in foreclosure you think they’ve done something wrong,” said Judy. But don’t look down on them, she said. “Most of the time it’s not their fault.”

As the cases drag on, the Nunns said they are getting by. They live in a house on El Monte Way in Napa -– a home with a JP Morgan Chase mortgage. Jerry Nunn receives some income from a military disability policy. He was in the Army from 1959 to 1962.

However, life isn’t easy, the two said. By having their commercial plans thwarted on Seminary Street, they have lost both past and future income. For health reasons, doctors have advised them to stop attending legal depositions.

“We’re trying to enjoy our grandkids,” said Judy. “But this has really consumed us.”

Recently, a “coming soon” for sale sign was installed in front of the house on Seminary Street. The house has been vacant for some time.

Jerry Nunn said he’s not sure how the property could be sold while the possession of the home is contested.

To draw attention to their situation, the couple stood outside their former home on Friday holding a large yellow banner.

“Chase Bank stealing our home” the sign said. A few cars that passed by honked in support and Jerry Nunn waved in reply.

Nunn, a former paratrooper in the 101st airborne division, quoted something he learned in the Army: “There is no such thing as quit.”

'They destroyed me.' Wells Fargo's mistake forced her to sell her home

Michaela Christian lost a long battle with Wells Fargo in 2013 to save her Las Vegas home, a defeat she says changed the course of her life. W…

After the October wildfires, the number of Napa County residents who had trouble paying their mortgage rose slightly, but not as much as those…

Napa senior gets help to stay in her home, but challenges remain

Back in September 2016, Cheryl Adams was in a real bind.

As she was getting on in years and her resources dwindled, Virginia Rayford took out a special kind of mortgage in 2008 that she hoped would h…

Jerry and Judy Nunn are fighting JP Morgan Chase to reclaim their home on Seminary Street in downtown Napa.

1042 Seminary St., the former home of Jerry and Judy Nunn.