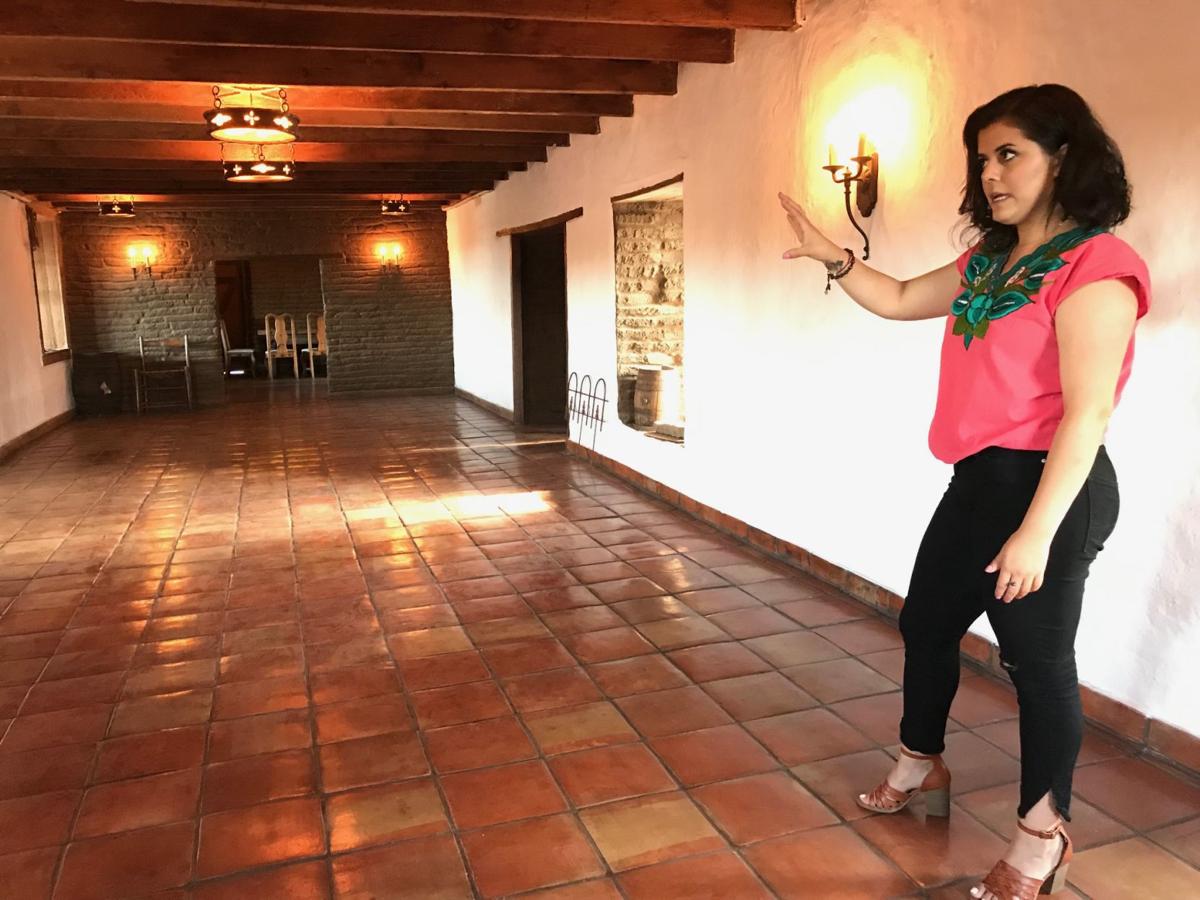 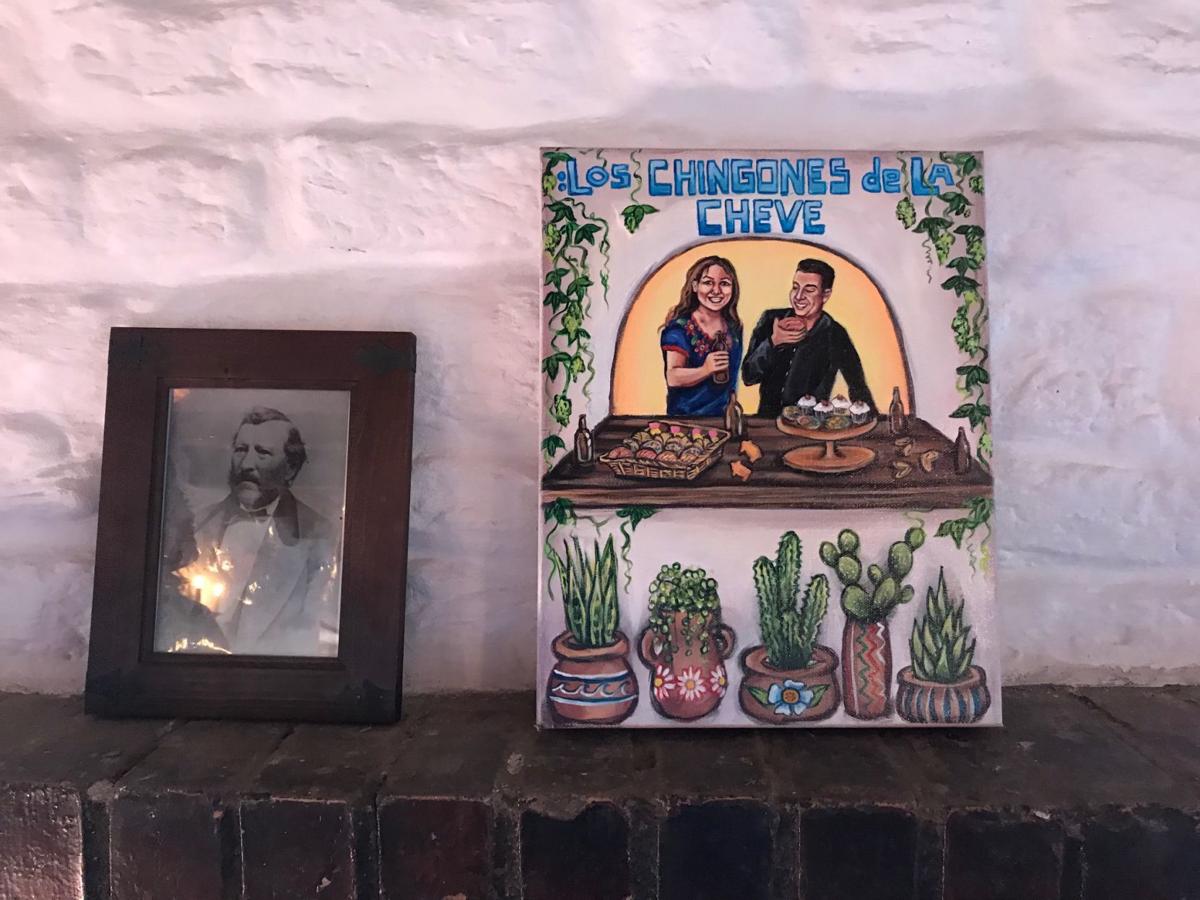 A photo of Cayetano Juarez is now accompanied by a painting of the Cisneros family at La Cheve Bakery and Brews. 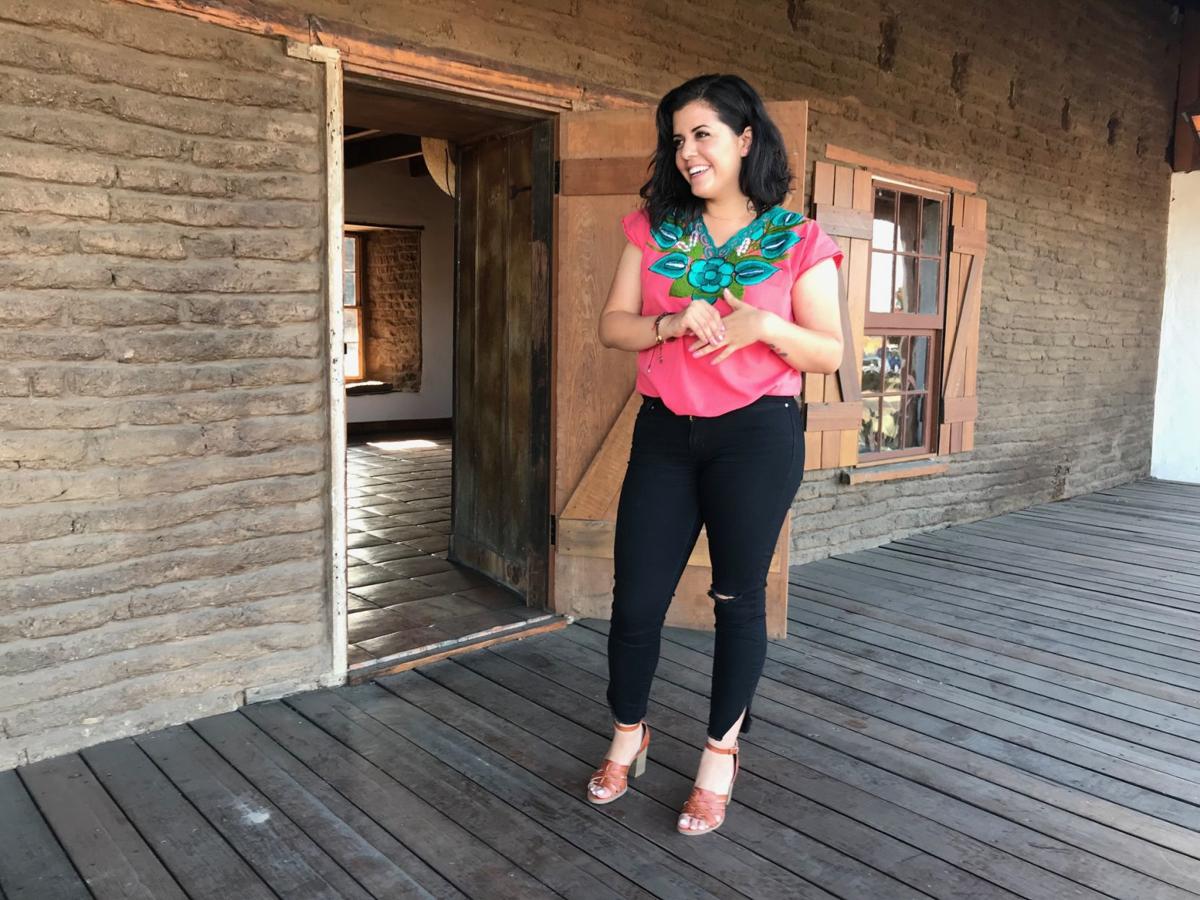 A photo of Cayetano Juarez is now accompanied by a painting of the Cisneros family at La Cheve Bakery and Brews.

The next chapter in the long history of the Old Adobe — Napa’s oldest building — is about to be written.

Napan Cinthya Cisneros and her family will open La Cheve Bakery and Brews at the historic structure. The goal is to open by the end of the year.

“It’s always been a dream of mine since I was a kid to open up a spot for me and my family” to own and run, Cisneros, 29, said.

At La Cheve, “Our focus is going to be on Mexican-style breads, traditional pastries and breakfast bites,” plus other food offerings. The café will also sell beer that she will be brewing off site, in addition to other local beers.

Property owner Justin Altamura and partners spent two-and-a-half years on an extensive and faithful renovation of the historical property.

Altamura said he’s happy to have connected with Cisneros.

“I was holding out for the perfect tenant and Cinthya is more perfect than I could have even thought of for the place,” he said.

“She loves the building. She’s a local. And she’s super ambitious and I happen to love her vision,” he said. “She’s going to do a good job.”

“The Altamuras have been so helpful,” said Cisneros. “I don’t think it would have happened without their help.”

The interest comes naturally. She has a degree in chemistry from Sonoma State University. Her first job after graduation was as a pathologist assistant for the Sacramento County coroner’s office, but she then got her teaching credential and worked as a high school chemistry teacher in West Sacramento.

“I always loved the chemistry of water and how it affects the flavor profile of the beer,” she said. “I started home brewing like crazy.”

When she brewed beer in her family’s garage in Napa, her mother would then make something sweet or savory to go with that particular beer.

“We’d all gather around,” she said. “When it was ready, my mom would make a baked good that would pair up with it.” For example, “I made a Guava IPA and so we decided to pair it up with this really citrus-forward cheesecake. It was perfect.”

“It was always fun to experiment with different baked good and appetizers,” said Cisneros. “My mom is a great cook.”

Other pairings included a different IPA with tacos al pastor with pineapple.

A horchata porter was paired with a coffee-style tres leches cake with rum in it. “It was a fabulous pairing,” she said.

Around this same time, Cisneros also wrote a business plan for La Cheve, which helped her win $1,200 at the 2018 Youth Entrepreneurship business plan competition. At a second, different competition, she won a point of sale computer system and $10,000 seed money.

Meanwhile, Cisneros took a job at Stone Brewing as a bartender to get more on-the-job brewery experience.

The plan for La Cheve Bakery and Brews includes the family working together at the business, said Cisneros.

After years of working hard for others, “I thought it’d be awesome to do it for ourselves.”

When she was about 4 years old, Cisneros moved to the U.S. from Mexico.

“My parents knew they couldn’t afford to send me to elementary school if they stayed in Mexico. They had the drive to change our lives, so they made the decision to come here,” said Cisneros.

“Opening a business is a big risk, but when I compare it to what my parents have done for me, it’s very small. Just imagine leaving everything, your family and culture, to be able to give me a book and put a pencil in my hand.”

The family arrived with literally $5 to their name, but found jobs and became homeowners. Her mother, Juana Cisneros, works in a bakery and her father, Ezequiel Cisneros, in the construction materials industry. Cisneros’ brother, Juan Ezequiel, will also work at La Cheve. A sister, Deisy Cisneros, is in college in Southern California.

Cisneros explained how she came to choose the Old Adobe for the venture’s location.

Her parents live near the historic property, located at 376 Soscol Ave., she said. It’s long been a familiar icon.

While searching for a space for La Cheve, the Old Adobe came to mind. “It would be the most perfect spot,” she thought then and now.

“It looks gorgeous,” she said of the building.

“I still can’t believe I have the keys to the Old Adobe,” Cisneros said. “It’s so surreal. It gives me goosebumps.”

Just to be sitting in a place,” with so much history, “it’s so cool.”

What was the Old Adobe?

Napa’s Old Adobe is known as the oldest building in the city. Built in the 1840s, it was originally a home.

Over the years, the city landmark, also known as the Cayetano Juarez Adobe, has seen its share of owners and tenants, from original owner Don Cayetano Juarez to the merchants who later operated restaurants and watering holes inside its thick walls of mud and straw.

For a time, it was owned by Tito Fuentes Jr., the son of former San Francisco Giants second baseman Tito Fuentes.

Before La Cheve, the most recent tenant was the Taste of the Himalayas restaurant.

Justin Altamura and his team completely renovated the building.

SBDC's Mary Cervantes: Taking a risk is a family trait

Her parents took a risk to come to the United States to provide a better life for their family, and now decades later, Cinthya Cisneros is ope…