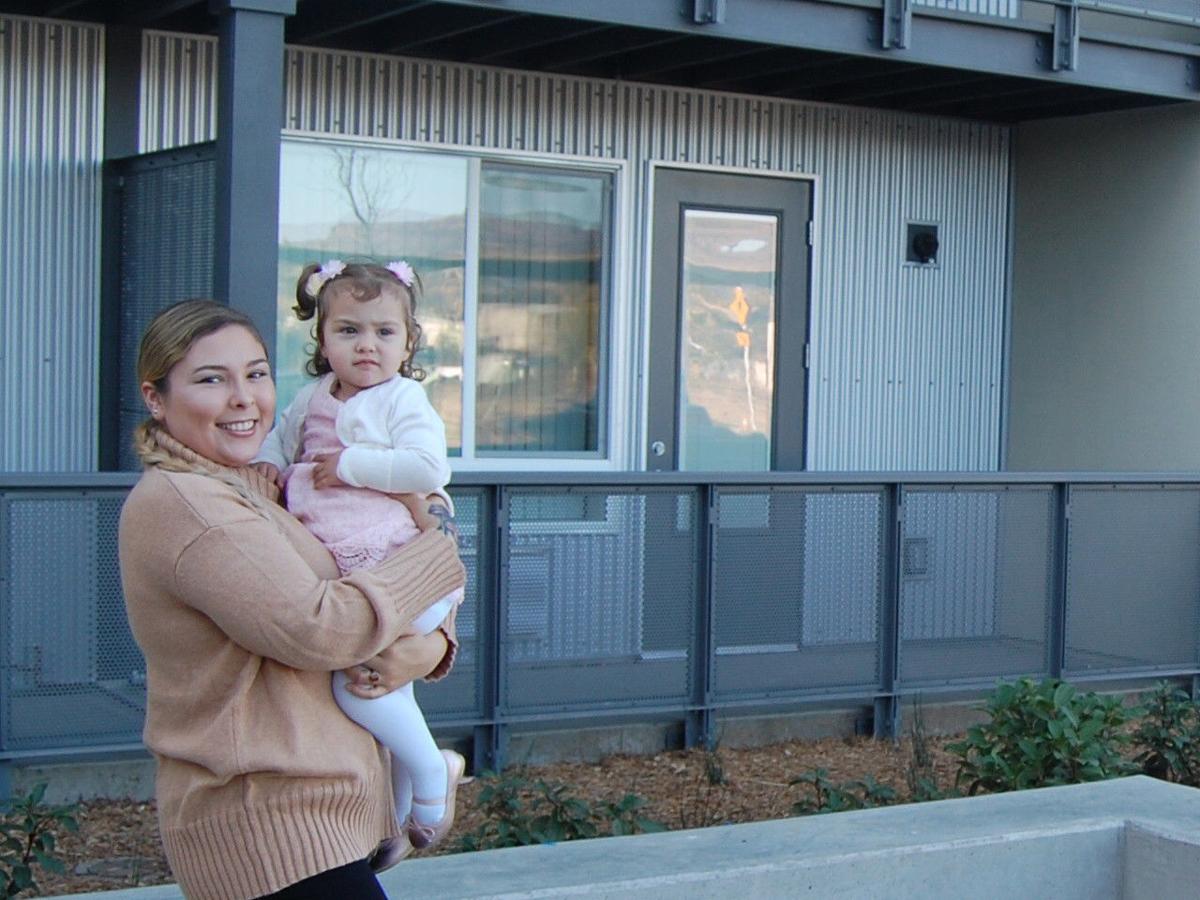 Brenda Rodriguez is one of 49 applicants chosen to move into Stoddard West, a new affordable-housing apartment complex in the city of Napa. She is raising her 2-year-old daughter Amy. 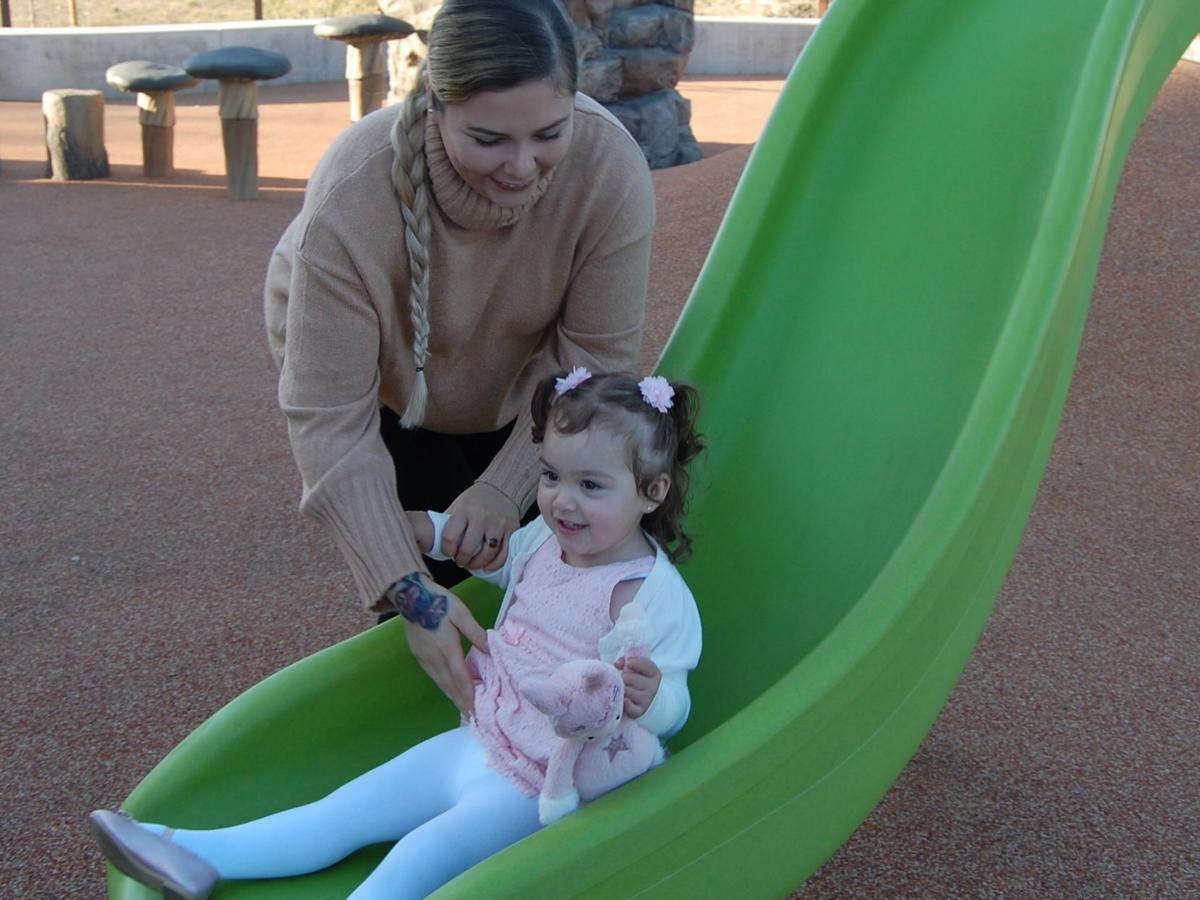 Brenda Rodriguez recently moved into Stoddard West, an affordable housing apartment complex in the city of Napa. She takes her 2-year-old daughter Amy to the small playground there. 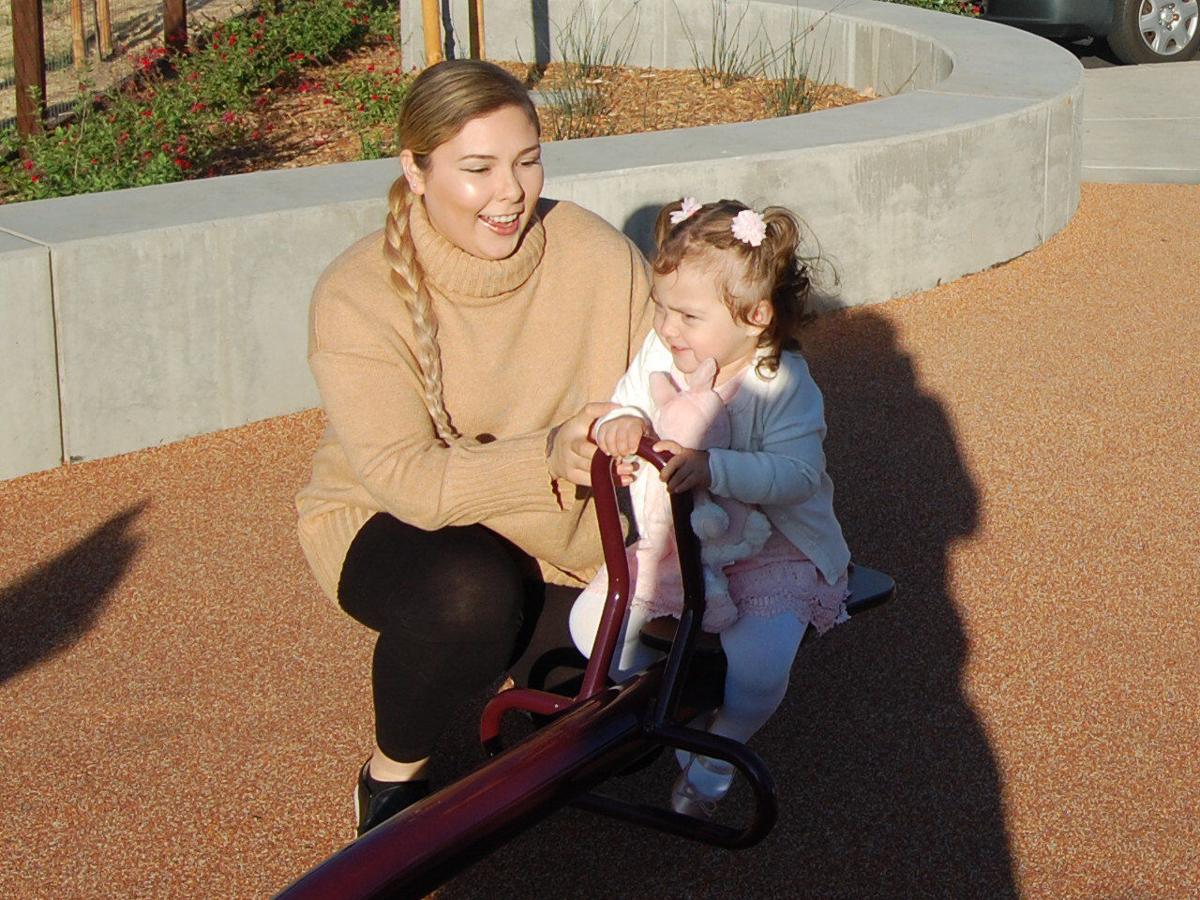 Brenda Rodriguez is one of 49 applicants chosen to move into Stoddard West, a new affordable-housing apartment complex in the city of Napa. She is raising her 2-year-old daughter Amy.

Brenda Rodriguez recently moved into Stoddard West, an affordable housing apartment complex in the city of Napa. She takes her 2-year-old daughter Amy to the small playground there.

Stoddard West has among the cheapest rents in the city of Napa for brand-new apartments – and, needless to say, no vacancies after its recent grand opening.

Brenda Rodriguez considers herself lucky to have one of the apartments. Burbank Housing cut off the number of applications for 49 units at 500, with tenants being chosen at random among various income categories.

In a sense, Rodriguez hit the jackpot.

“It’s really lovely here,” she said. “I love it. This is the first time I’ve had a place of my own.”

She is a single mother raising her 2-year-old daughter Amy. She works at Bouchon Bakery in Yountville.

Rodriguez, who grew up in St. Helena, had been living with her mother in Napa. She considered moving to Vallejo or somewhere else where rents are cheaper. But, she said, she loves Napa Valley and wants her daughter to grow up here.

Stoddard West is near stores, the movie theater, the Napa River and the Napa Valley Vine Trail. The apartment complex has a small playground. Rodriguez said the location is great.

“Pretty much everything, I can walk to,” she said.

Stoddard West cost about $25 million, including everything from design to land to construction. At 49 units plus a manager’s unit, that breaks down to about $500,000 per unit.

Florin attributes that seemingly high price tag in part to rising construction costs. Burbank initially received tentative building bids for the project in 2017, but delayed moving ahead because of the October wildfires.

Those fires destroyed more than 600 homes in Napa County and thousands of homes in Sonoma County. Florin said that when Burbank Housing went out to bid again, construction costs for Stoddard West had risen $2.5 million, to $14.8 million in a post-fire market.

There are other cost-elevating factors. Stoddard West is three stories, which necessitates elevators.

Even so, Stoddard West won’t be the last word in city of Napa affordable housing projects. As examples of what’s to come, Florin mentioned the proposed Heritage House on Valle Verde Drive and Redwood Grove on Redwood Road.

At Stoddard West, tenants with their rents will pay for a $3.3 million loan that helped build the apartment complex. The rest of the project is paid for by public and private subsidies.

Stoddard West had its origins when he received a phone call from Joe Peatman of the Gasser Foundation, Florin said. Peatman said the foundation would like to have affordable housing on some of its land.

“That call turned into this,” Florin said Friday as he stood on front of Stoddard West for a grand opening ceremony.

The Metropolitan Transportation Commission’s Vital Signs website looks at rental prices in the Bay Area since 1970. The median 1970 rent in Napa County was $100, or $740 in today’s dollars. The inflation-adjusted rise in Napa County rents since 1970 is 123 percent.

Stoddard West rents are turning back the clock, though it is taking a subsidized project to offer local rents comparable to the inflation-adjusted market rates of four decades ago.

Stoddard West is located at 345 Gasser Drive. The buildings are mostly stucco with metal siding, with varying colors, roof forms and wall offsets to provide architectural diversity. The three-story building has sections that reach four stories.

Napa County plans to spend $2.9 million to help make a reality two planned affordable housing projects in the city of Napa, even though it mus…