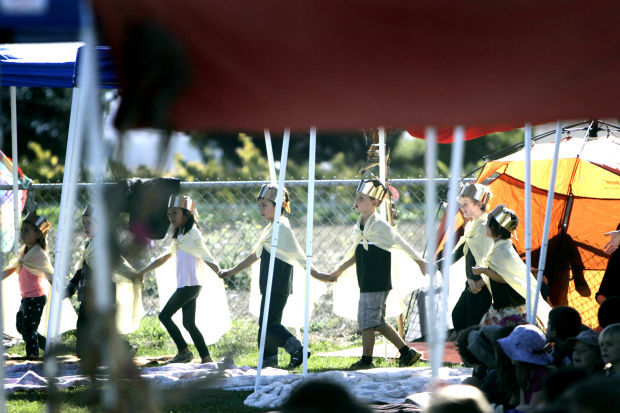 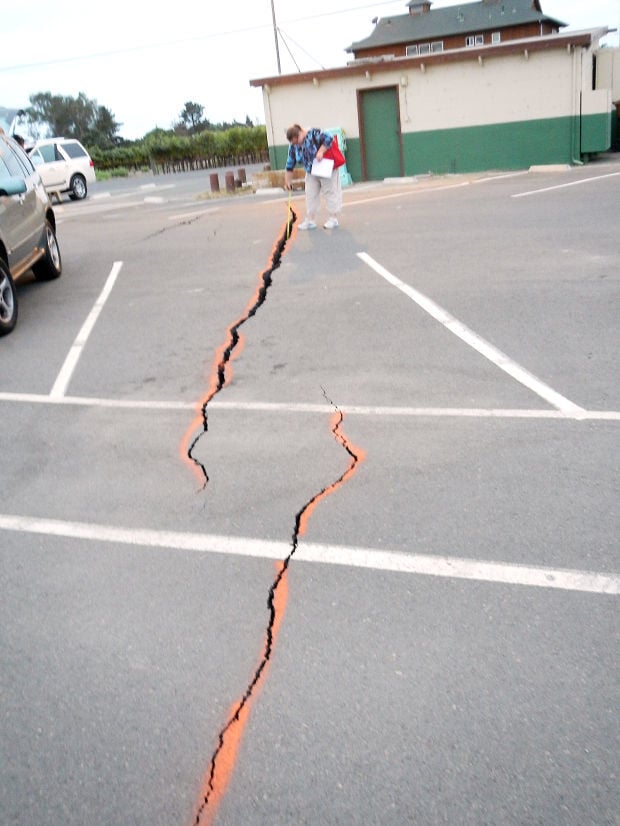 Large cracks opened in the parking lot of Stone Bridge School in Carneros, one of the public schools nearest to the epicenter of South Napa earthquake of Aug. 24, 2014.

Large cracks opened in the parking lot of Stone Bridge School in Carneros, one of the public schools nearest to the epicenter of South Napa earthquake of Aug. 24, 2014.

A Napa County charter school that has sought a new home for years may find it at another school slated to close this summer.

Tuesday afternoon, the Napa Valley Unified School District announced it would offer the Stone Bridge School the chance to move into the Mt. George Elementary campus starting in August. The site at 1019 Second Ave. in the Coombsville area east of Napa would replace Stone Bridge’s current location, at 1680 Los Carneros Ave. in Carneros.

NVUSD is making its offer under state Proposition 39, which requires school districts to make facilities available to charter schools serving local students before offering those properties on the open market. The district board in October voted to close the Mt. George and Yountville schools at the end of the academic year in June, citing their small enrollment numbers – the district’s lowest – and the need to cut $1 million a year in spending to close a budget deficit that has drawn down reserves close to a level that could trigger a state financial takeover.

District leaders have sought to move Stone Bridge, which teaches children from kindergarten to the eighth grade, since the Carneros campus sustained damage from the August 2014 earthquake. Asphalt ruptured at the school site, which lies near the West Napa Fault as well as a Pacific Gas & Electric Co. natural gas pipe to the north.

“The district has been researching costs associated with rebuilding, establishing a portable campus, or relocating,” NVUSD said in a statement published Tuesday. ”To make the current Carneros campus seismically safe was estimated to cost in the millions. With the district’s current budget crisis, relocation to Mt. George was the most feasible option.”

Rebuilding Stone Bridge at its Carneros location would require at least $55 million without solving the problems of the nearby gas line and a fault zone that cannot be developed under state law, Mike Pearson, NVUSD’s assistant superintendent of operational services, told parents of charter school students at a forum in May.

Stone Bridge directors have until May 1 to accept the district’s offer of the Mt. George site, after which it can sign an agreement with NVUSD and pay fees to use the campus. The school will be responsible for operational costs, and any revenue NVUSD receives can be steered to its general fund. By contrast, state law requires revenue from a sale of Mt. George’s land to be used only to upgrade district facilities.

Since the 2014 quake exposed the vulnerability of Stone Bridge’s Carneros site, attempts to move the academy to the Yountville school or a new site at Old Sonoma Road have fizzled. The search has been complicated by Stone Bridge’s unique needs as a Waldorf school following a low-technology curriculum heavy on hands-on learning, which in Carneros has included programs like an on-site farm for students to raise chickens and produce – a feature difficult to copy in an urbanized area.

During NVUSD’s discussion last summer about closing grade schools to help balance its budget, an appraisal placed the market value of the 4.9-acre Mt. George property at $1.8 million, an amount limited by the zoning of surrounding areas only for a residential estate and vineyards, not high-density housing. By contrast, the larger 6.8-acre Yountville campus was appraised at $8 million and deemed suitable for as many as 75 dwellings.

An 11-member volunteer committee NVUSD organized to recommend school closures last year will meet again later this year to discuss the potential sale or lease of the Yountville and Carneros sites, the district said in its news release Tuesday.

Precariously placed near an earthquake fault and a natural-gas pipe, Stone Bridge School may be in line for a new location – again.