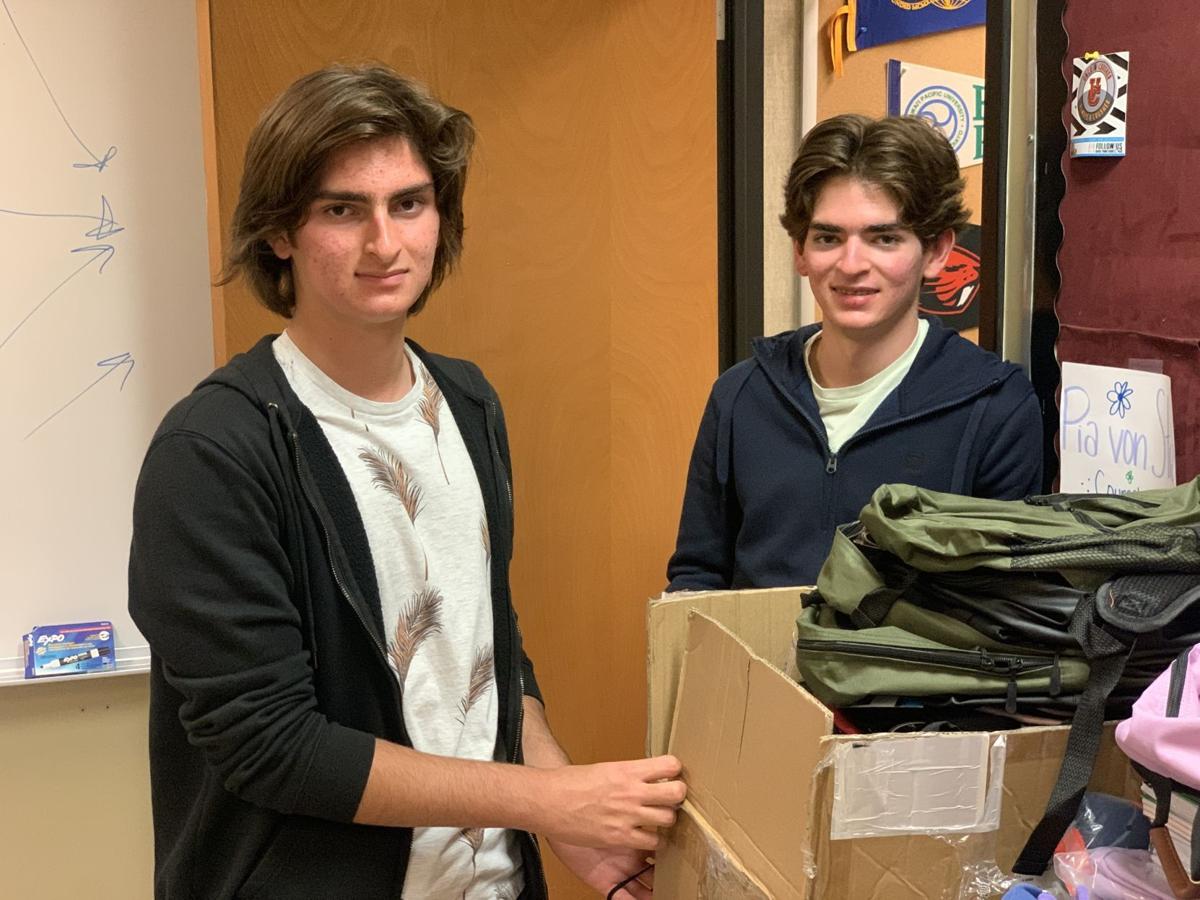 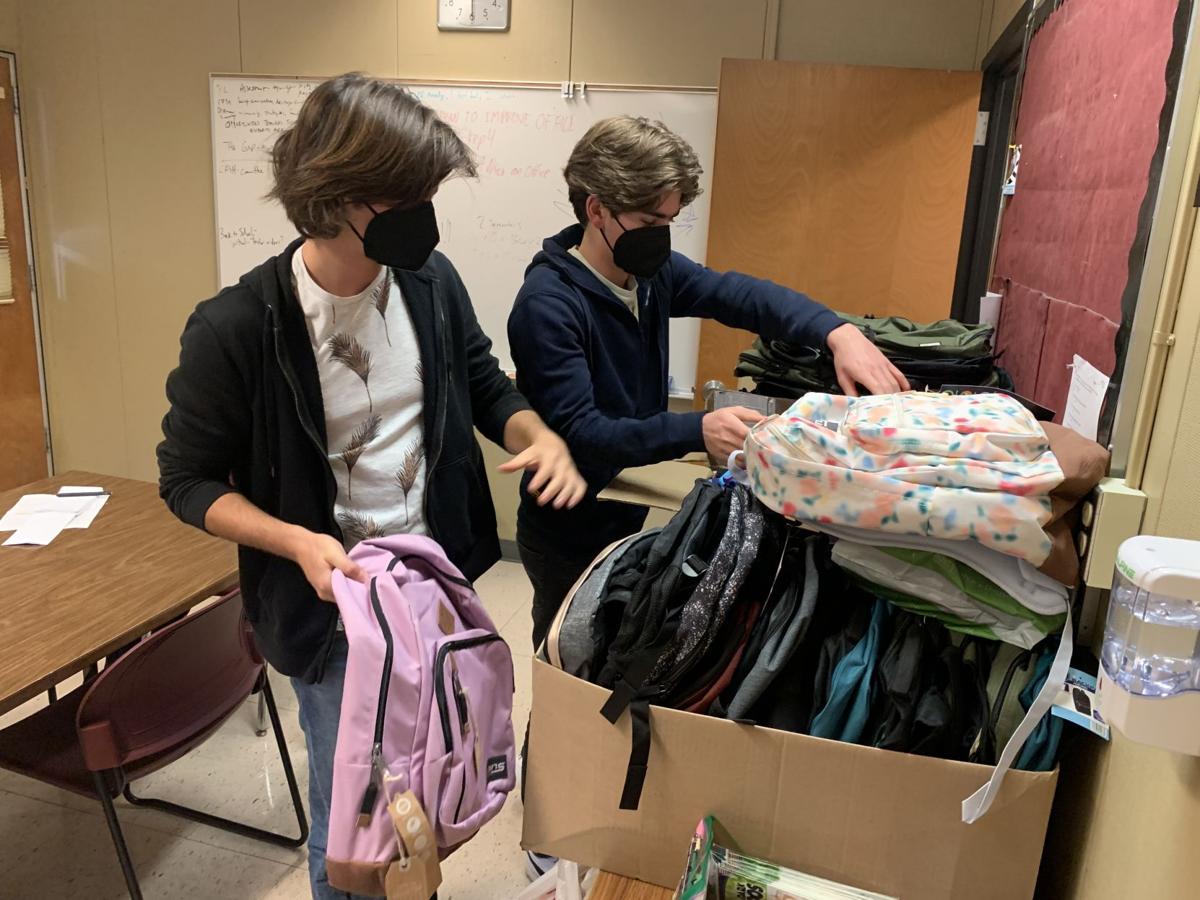 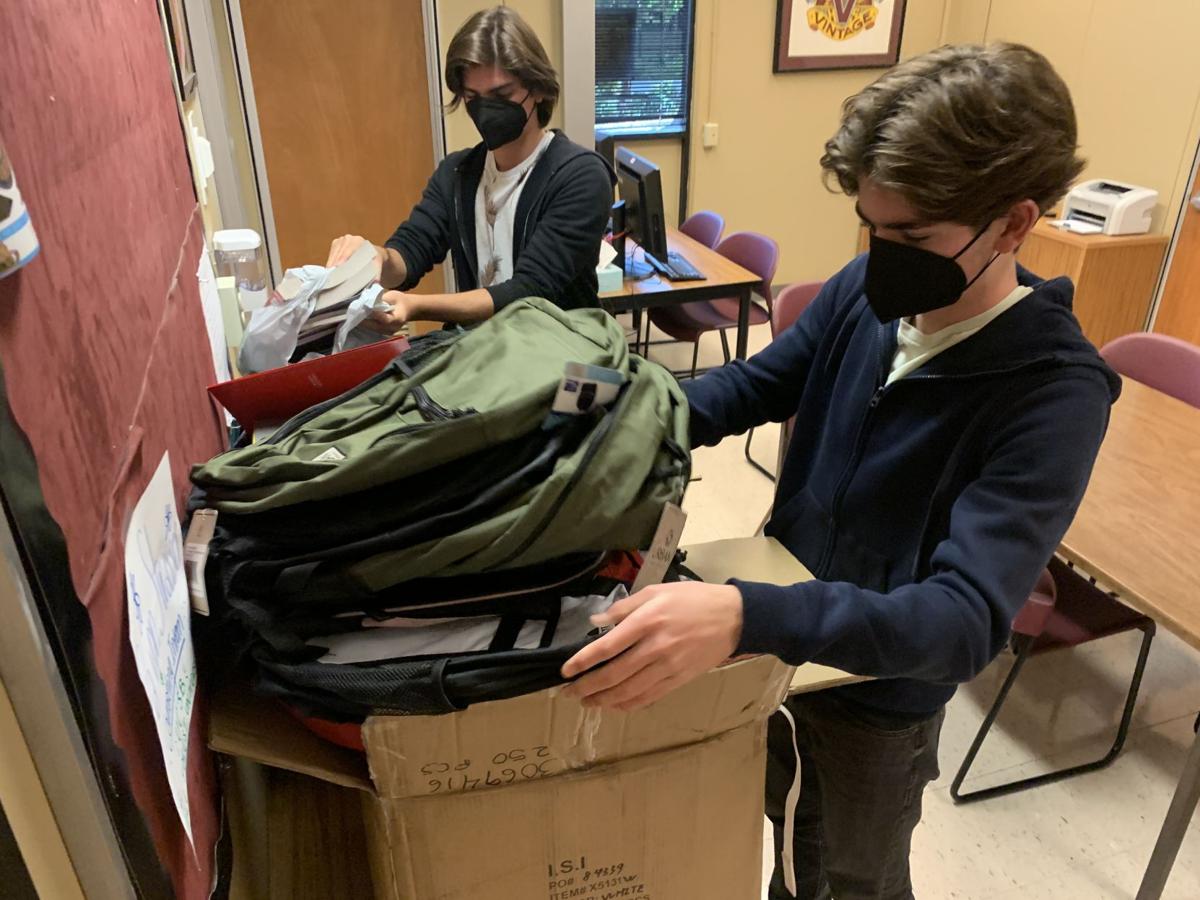 Napa isn’t home to a great number of Afghan people, which means the country’s recent humanitarian crisis might not be on the minds of too many locals.

However, Vintage High School juniors Armand Shakeri and Stefan Shakeri would like to change that.

“We felt like we could make a difference to some lives of families with kids,” said Stephan.

“It’s really great to be able to help people like this,” said Armand.

Armand and Stefan were born in Napa, but their parents are both from Iran. Nancy Azizi is a dentist in Napa. Mark Shakeri works in real estate.

“When we saw what was happening, and the plane taking off with people hanging on it, they said we’ve got to do something,” said Mark Shakeri.

From watching the news of the change in leadership in Afghanistan, “We found out there are lots of families from Afghanistan coming into the Bay Area,” said Stefan.

“We are Iranian, and we speak Farsi, which is very similar to what they speak in Afghanistan. So we felt some sort of connection,” with these new immigrants, Stefan said.

The Shakeris explained that many Afghans live in and work in Iran. The two countries have close ties.

“Lots of culture is similar between us,” said Stefan.

In fact, Armand and Stefan are fluent in Farsi, a language very similar to Dari, which is spoken in Afghanistan.

The idea of families coming to the U.S. and trying to get their children started in school in a new country, with a different language, sounded “really tough,” said Stefan.

“PARS said they were short on school supplies,” for these new students, said Armand. “So thought that would be the best way for us to help.”

The PARS Equality Center is dedicated to helping the Iranian-American and other immigrant communities, according to its website.

Every high school student can relate to the need for the right school supplies, the brothers said.

“We thought it was more of an engaging idea,” than just asking for money, said Armand.

New and gently used backpacks (and new school supplies) can be donated at:

“It seemed like an amazing thing for them to be doing,” said Keth Sedgley. His verdict: “Awesome.”

Next, the two presented their idea to the student senate and finally, it was added to the school’s daily announcements.

“We just wanted to get the word out as best as we could,” said Armand.

They were hoping to collect 40 backpacks and any school supplies. To date, they’ve received 50.

Obviously, “We’re not going to be able to give a backpack to every single Afghan refugee, but any amount helps,” said Armand. “This drive might inspire other people to help. It could make a difference.”

“I’m very proud of them that they’ve found something that they connect with,” said Mark Shakeri. “Especially that they are dealing with kids helping kids; that makes it very relatable.”

Nastaran Nazarian of the PARS Equality Center said that she was quite happy to hear about their plan for gathering backpacks.

“It’s very impressive that they came up with this idea,” she said.

Nazarian said that the PARS Center will likely end up assisting more than 100 school-age children from Afghanistan.

Many of these newly immigrated families are living with relatives, Nazarian explained. Two California cities with larger Afghani populations include Newark and Fremont.

Many have left their country quickly, she noted. “They’ve had to leave everything behind and start from zero.”

The two Shakeri brothers are on the tennis team at school (playing doubles) and take part in other school activities, but this is their first humanitarian project as high school students.

“At first it was a bit intimidating,” said Stefan. But it was also exciting, knowing “that we were actually doing something really good for people.”

Armand and Stefan said that before this backpack drive, people at school weren’t really talking about the humanitarian needs of these refugees, said the boys.

“Which is why we wanted to do this drive so much, to bring awareness to this crisis,” said Armand. “We just wanted to help.”

The two boys will also include a note, written in Dari, inside each backpack.

“Welcome to America,” it will read.

Congress set to vote on disaster aid bill that could assist wineries hurt by wildfires, drought

The House is scheduled to vote on the bill later Tuesday. But it cannot pass the Senate without Republican support.