The river in the city of Napa went over flood stage at 11 p.m.,and seemingly had peaked at 7 a.m. without causing any serious damage. A torrent of water was running through the Oxbow Flood Bypass, diverting flows that otherwise would have spilled into business and residential areas.

The city had issued a warning Tuesday night, asking residents in low-lying areas to be on alert in case the river rose higher than had been predicted.

As it turned out, the river peaked nearly a foot below the prediction and no additional community warnings were necessary.

As the storm faded Wednesday, the Napa Valley looked back on some impressive rainfall totals since Monday morning. Mount Veeder recorded 12.5 inches and Angwin 10.7 inches. Totals on the lower elevations were substantially less, with the center of Napa reporting 3.6 inches. Gauges around St. Helena had registered between 6.6 and 7.9 inches of rain.

Napa County issued a long list of road closures throughout Wednesday, including stretches of Silverado Trail in the early morning. Motorists reported the slow lanes on Highway 29 south of Yountville closed due to water on the roadway, which tied up the morning commute.

When water got into an underground electrical vault on the 4400 block of Dumas Street in northwest Napa, approximately 4,600 PG&E customers lost their power at 6:20 p.m. Tuesday. Most of them had their electricity restored within 20 minutes, the utility reported.

Another 330 customers were without power Wednesday morning in Pope Valley due to a tree falling onto a power line around 7:15 p.m. on Pope Valley Road.

In St. Helena, a tree fell onto a power line on Silverado Trail at 10:30 p.m. Tuesday, impacting approximately 1,850 customers in the Upvalley. Power wasn’t expected to be fully restored until 5 p.m. Wednesday.

Rick Thomasser of the county’s Flood Control District said the $400 million flood project proved its worth Tuesday night, with both the river south of Lincoln Avenue and Napa Creek staying within their banks.

But for the flood bypass, flood walls, channel terracing and bridges that were elevated over the past 20 years, muddy water would have been flowing through Napa Valley Expo, down Soscol Avenue’s Auto Row and into homes in the Behrens Street neighborhood, he said.

The RiverPointe Napa Valley resort on the north side of Lincoln Avenue at the Napa River did flood, but the tourist trailers had been driven to higher ground in advance, Thomasser said.

“We’re feeling fortunate,” he said Wednesday afternoon after surveying the storm’s impacts. “I’ve heard horror going on in Guerneville and that area (in Sonoma County).”

Water was expected to flow through the downtown bypass until late Wednesday night as the river level slowly drops.

St. Helena appeared to have survived this week’s deluge mostly unscathed except for rural road closures and a few sewer backups, including one…

Guerneville floods more than anywhere in the Bay Area. Why can't it be fixed?

It is a scenario familiar to Northern California residents: A wet winter arrives with heavy storms, and Guerneville, the picturesque Sonoma Co…

Late in the afternoon of Friday, March 1, one of the city’s main sewer pump stations (the Palisades Lift Station) developed a sinkhole next to…

The heavier than normal rains Napa Valley endured this winter will have beneficial after-effects for plants and animals like birds, fish and t…

'Atmospheric rivers' cause $1 billion in damage a year, study shows, and are getting worse

Damage caused by atmospheric rivers is growing in California. 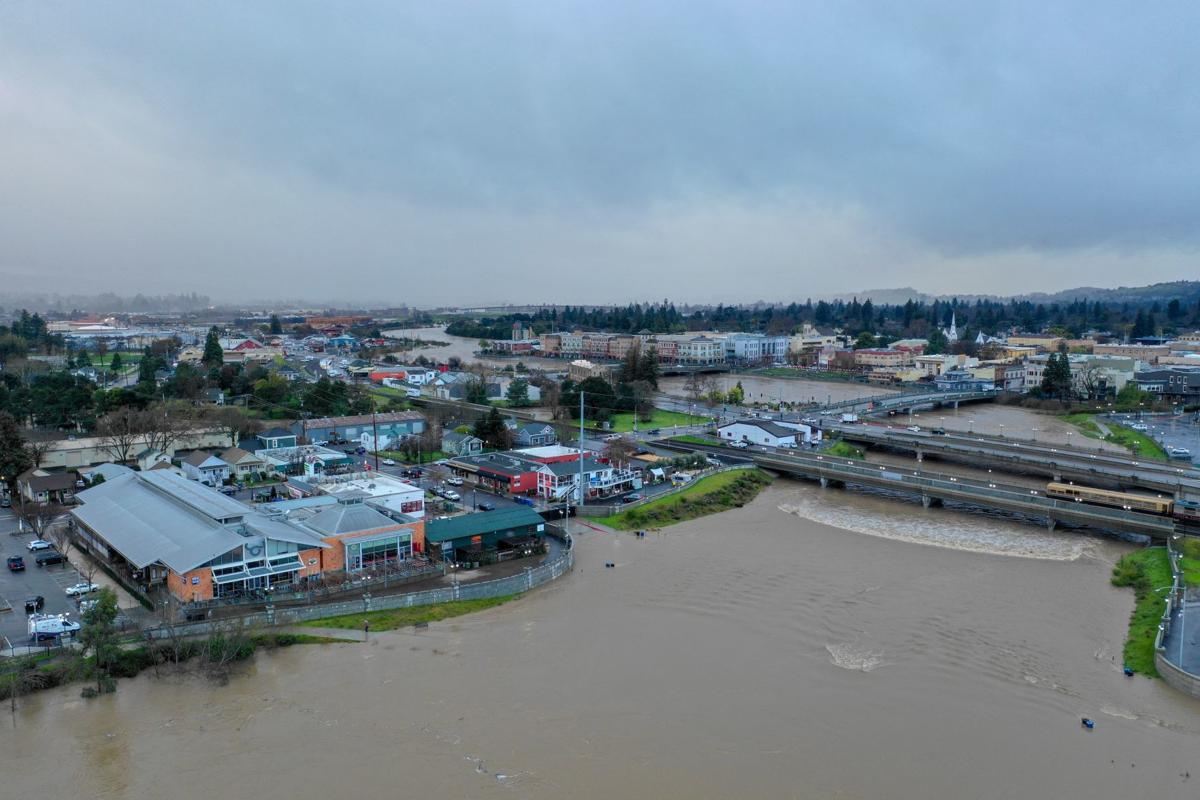 A view of the Napa River behind Oxbow Public Market on Wednesday morning as the river hit flood stage. The flood bypass channel, on the right, delivered water that otherwise would have spilled into downtown, around the oxbow and back to the river. 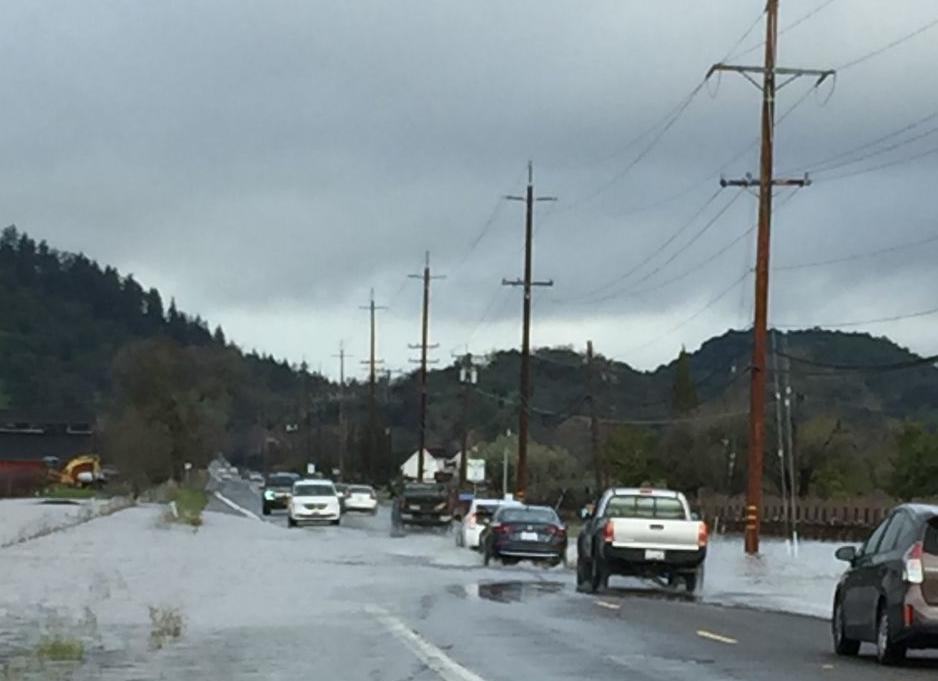 A California Highway Patrol officer shows his view of a flooded portion of Silverado Trail, north of Oak Knoll, on Wednesday morning. 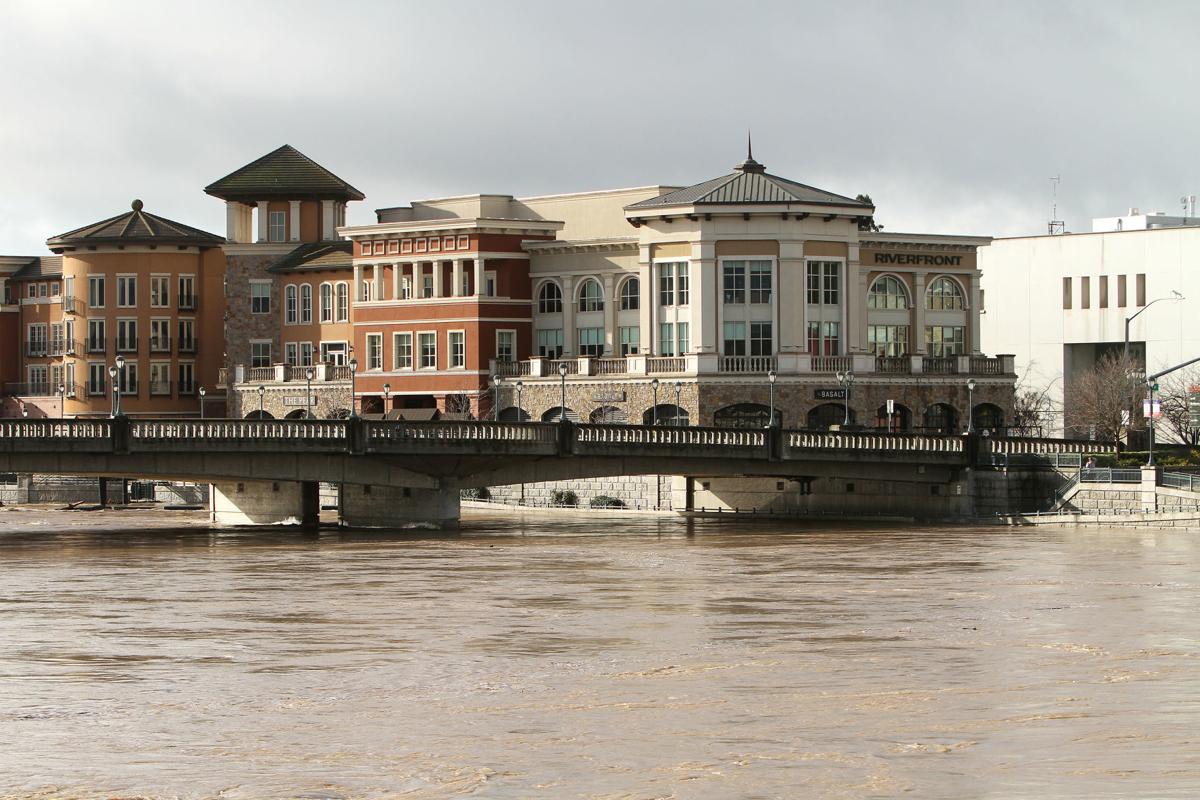 Water levels crept into flooding territory on the Napa River on Wednesday morning. The flood control project prevented damage by channeling high water into a bypass and an expanded creek channel. 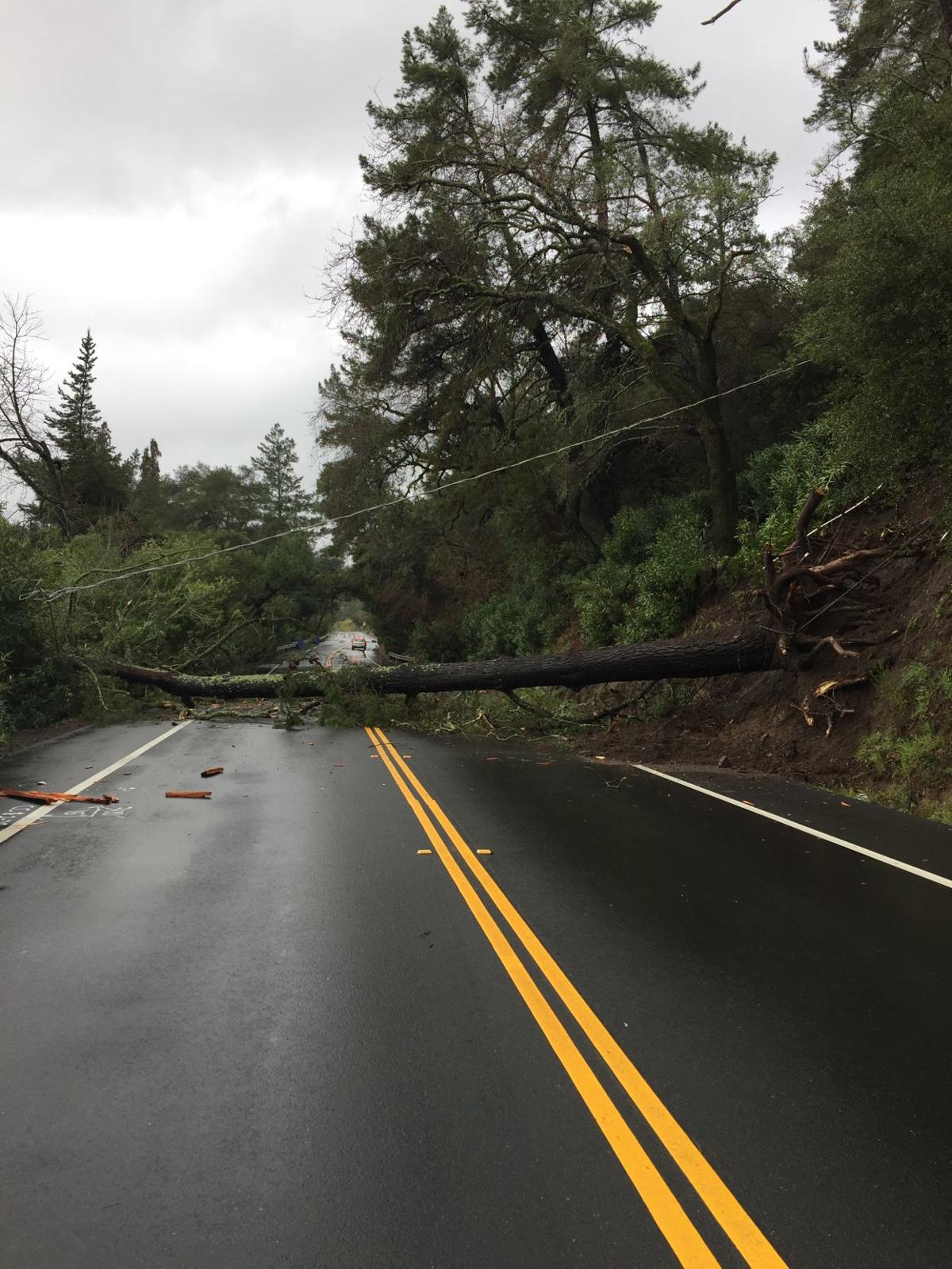 Silverado Trail was closed between Zinfandel Lane to Pope Street because of this fallen tree on Wednesday morning, according to the California Highway Patrol.