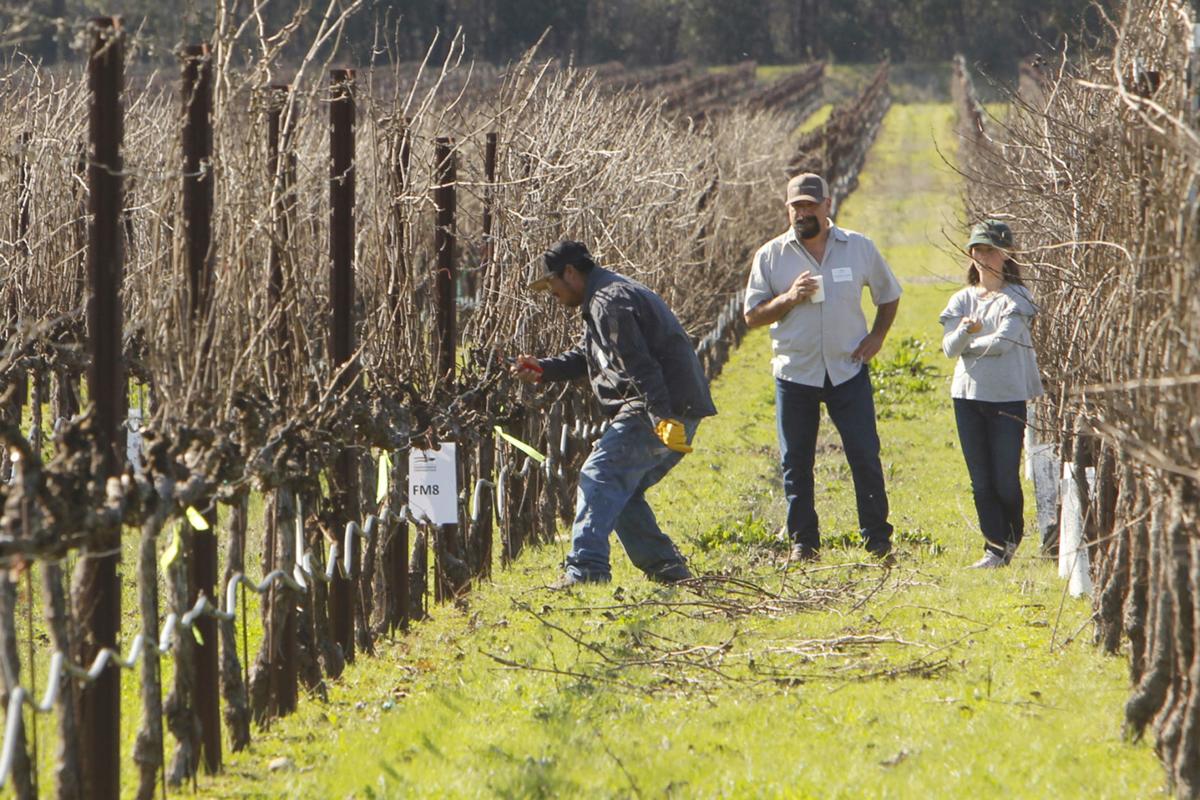 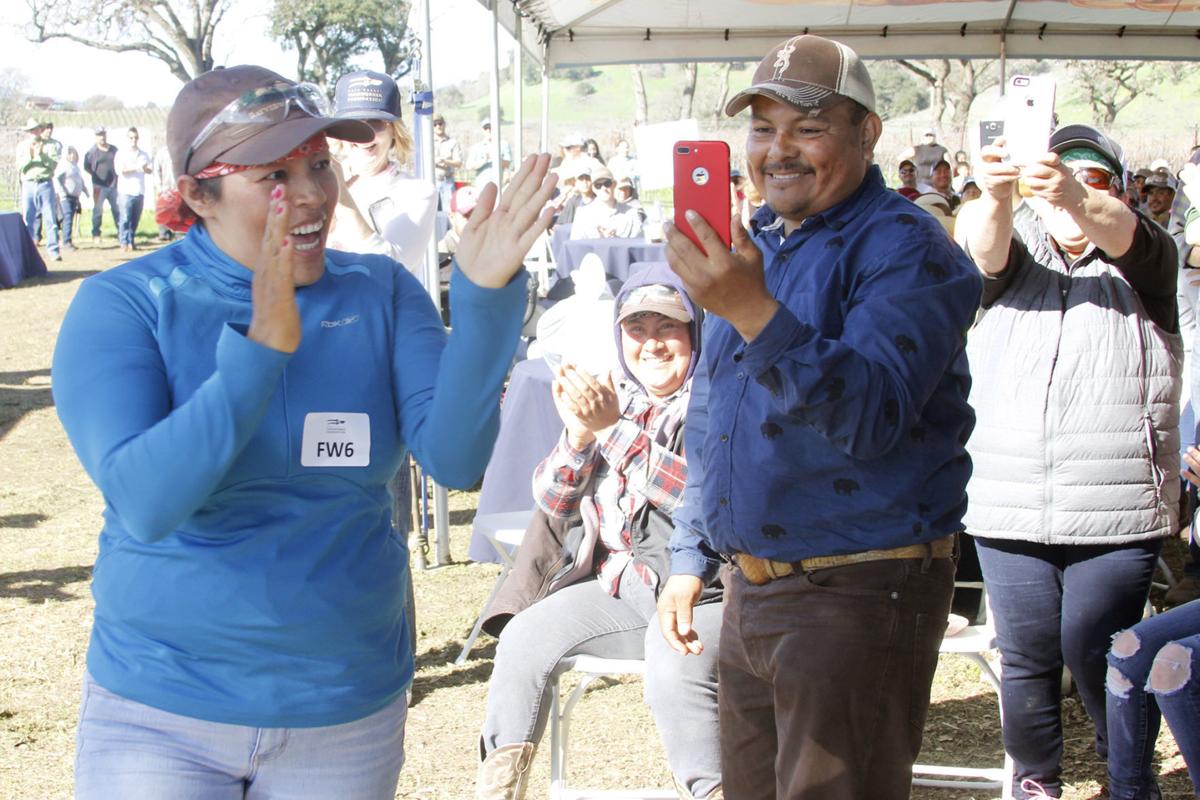 Fabiola Rojas Martinez cheers with family and friends after she is announced the first place winner of the women's division during the 17th annual Napa County Pruning Contest at Beringer Vineyard’s Gamble Ranch on Saturday. 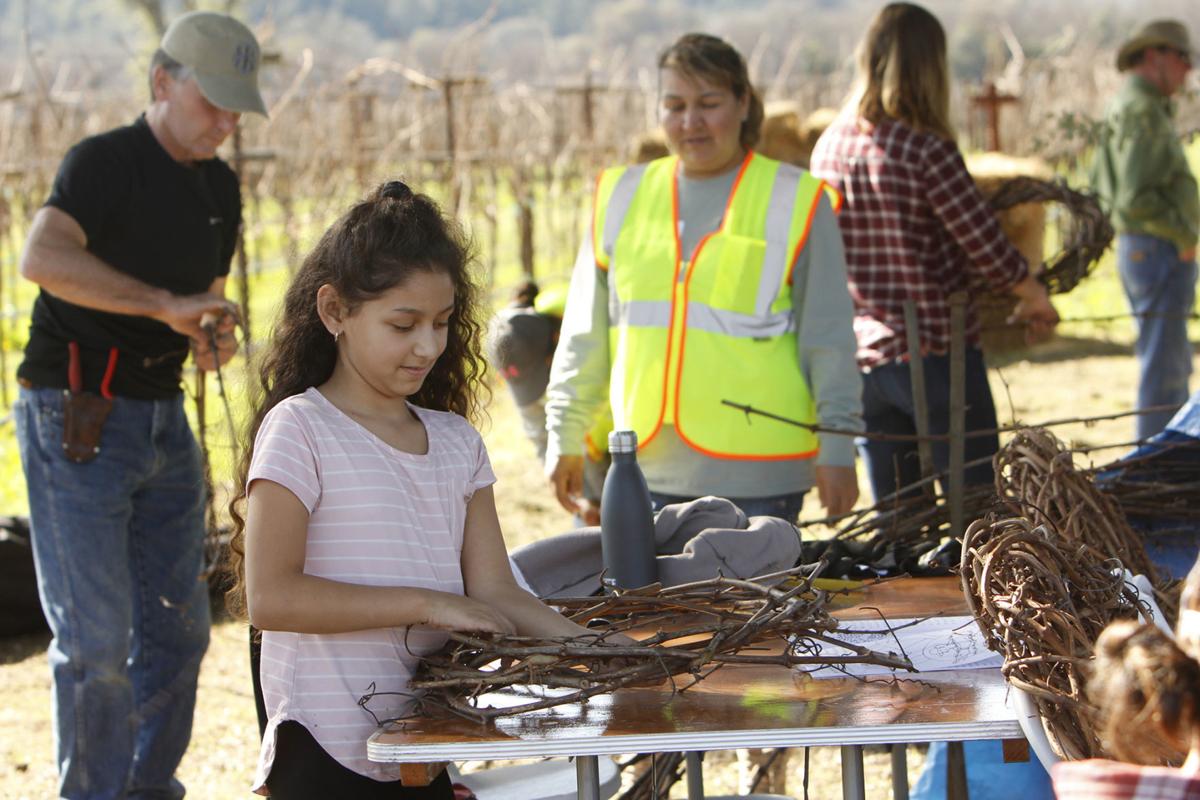 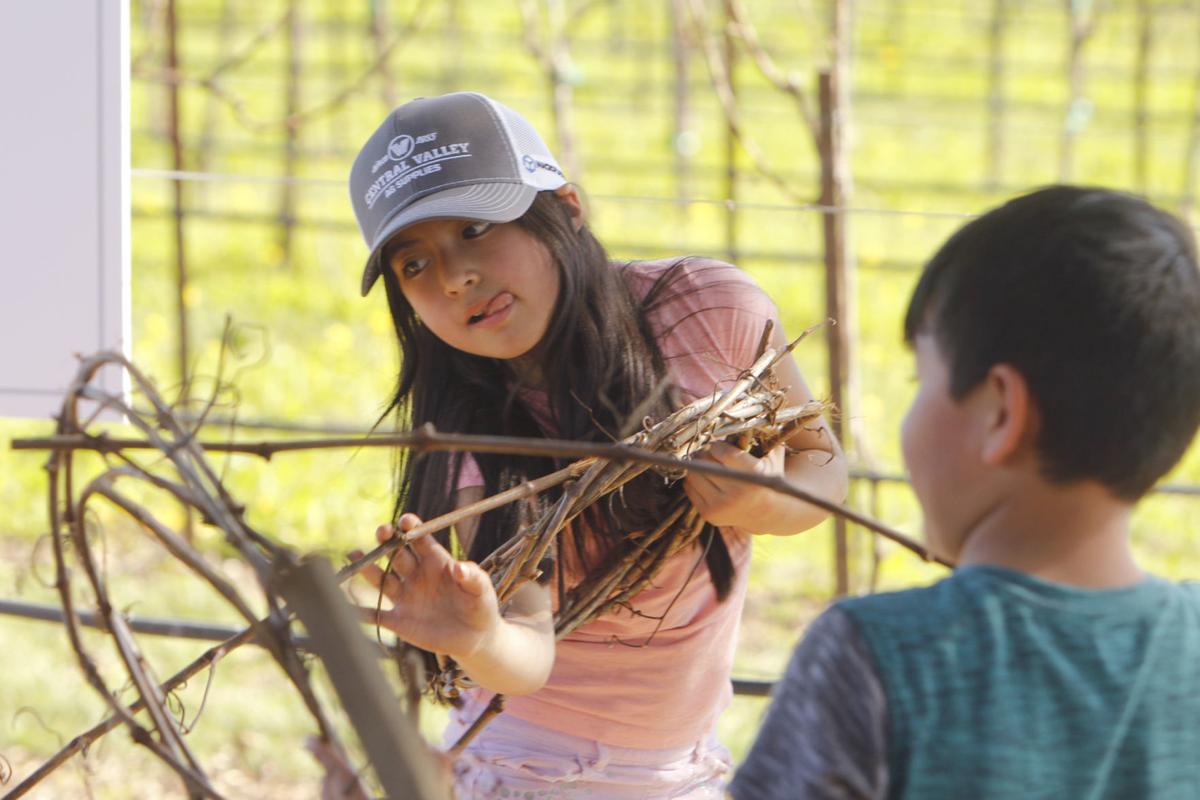 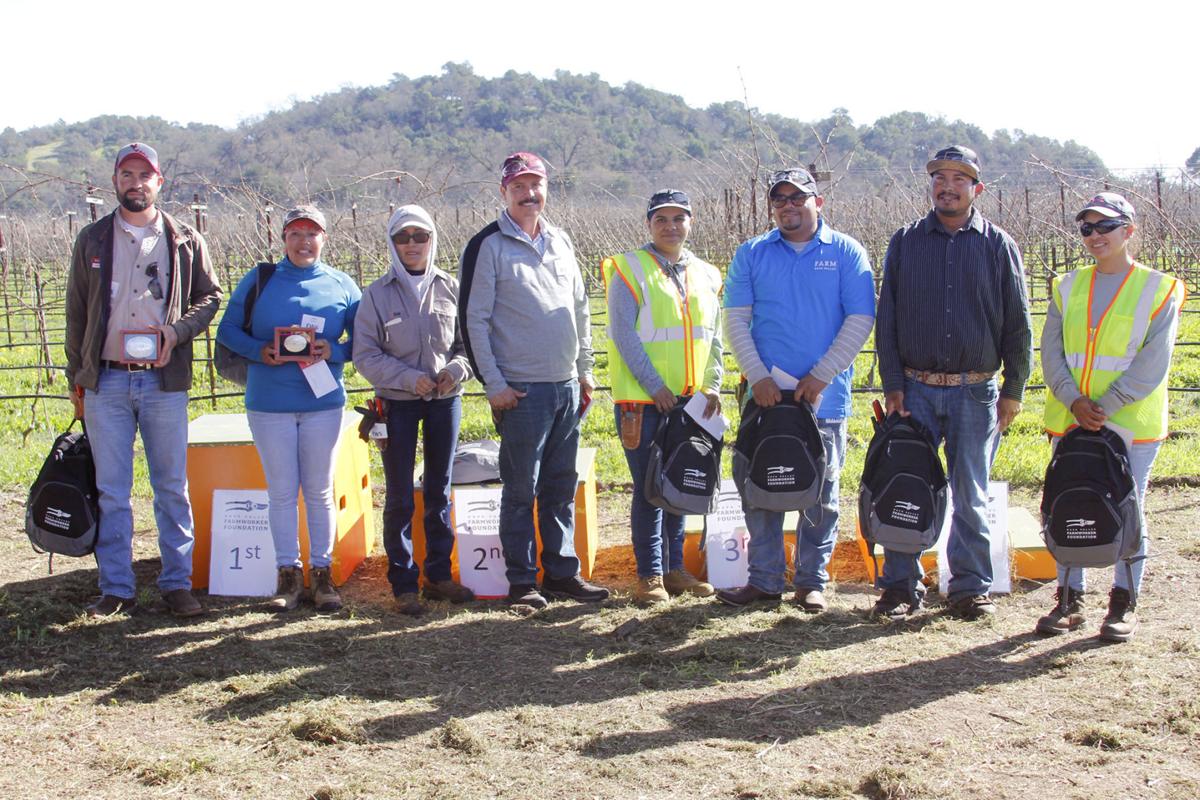 The winners of the 17th annual Napa County Pruning Contest.

YOUNTVILLE — Napa Valley farmworkers had the opportunity to demonstrate their pruning skills and earn the title of “champion” during the 17th annual Napa County Pruning Contest at Beringer Vineyard’s Gamble Ranch on Saturday.

This was the first time that the contest has been held on a Saturday, which gave families the opportunity to come and join in the festivities, said Jennifer Putnam, executive director of the Napa Valley Grapegrowers. Usually, she said, the contest bleeds into the work day.

“Almost all of the winners had their families there cheering them on,” Putnam said. Being able to see the depth of their appreciation was something she’d never experienced before at the pruning contest, she said.

When Fabiola Rojas Martinez of Bayview Vineyards was named the winner amongst the female contestants, her family, friends and coworkers cheered with pride and took out their cell phones to capture the moment. Rojas hugged each one she passed as she walked to take her place on the winner’s podium. When she stepped up, she threw her right arm in the air in celebration.

Even though this was her first year competing in the pruning contest, she knew she was going to win, she said.

“I’m confident in what I do,” Rojas said in Spanish. And, she said, she had inspiration.

Rojas’ younger sister, Gabriela Rojas, died in childbirth two years ago. Gabriela was a supervisor at Bayview Vineyards and was always a source of motivation for her. Rojas said that, during the competition, it felt like Gabriela was with her.

Rojas has been working in the vineyards for 11 years.

The winner of the men’s competition, David Aguilar of Edcora Vineyards, said that he knew he was going to win this year. This was his third year participating in the contest, but the first time he has won.

“This year I was not too nervous,” Aguilar said. It’s difficult having the timers watching you as you work, he said, but this time it didn’t bother him. “I’ve (been) practicing pruning,” he said.

Aguilar has been working in the vineyards for four years.

Brenda Gonzalez’s husband works with Aguilar, so the whole family was there to watch him win.

“It’s very fun,” Gonzalez said. She was happy that Aguilar won and, she said, she and the children enjoyed the food. Her daughter, Melanie, was busy making wreaths out of freshly cut vines with some of the other children much of the day.

Ruben Rueda, 32, of Pimentel Vineyard Management thought that he had a good shot of getting first place despite it being his first time in the contest. He ended up coming in fourth.

“It went pretty well,” he said in Spanish. Rueda said that he was excited to be in the contest this year because he enjoys his work and likes the competition.

The pruners are judged on speed and quality. They need to work on five vines, leaving one spur and two buds behind. The average time it takes for finalists to complete the work is between one and a half and two minutes.

Our View: Recognize the workers who make this possible

As we enter another harvest season, it is worth remembering who it is who makes the Napa Valley wine industry possible – the thousands of farm workers who tend our vineyards and harvest our grapes.

What the heck happened to winter?

For vineyard owners in the Napa River and Sonoma Creek watersheds, the path to meeting new erosion control regulations became slightly less up…

Fabiola Rojas Martinez cheers with family and friends after she is announced the first place winner of the women's division during the 17th annual Napa County Pruning Contest at Beringer Vineyard’s Gamble Ranch on Saturday.

The winners of the 17th annual Napa County Pruning Contest.