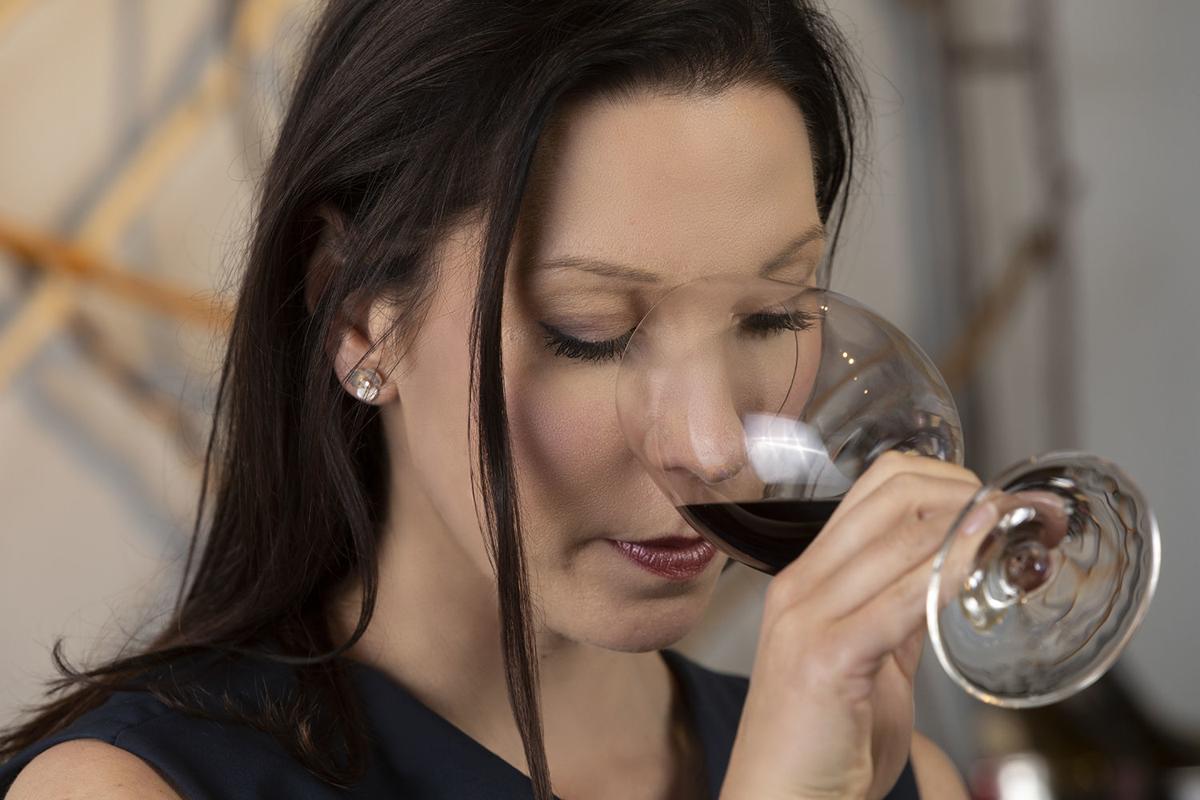 Vanessa Conlin, head of wine for the online retailer Wine Access, is one of two recently titled American Masters of Wine. Conlin and Curtis Mann, who also earned the honor, are both instructors at Napa Valley Wine Academy. 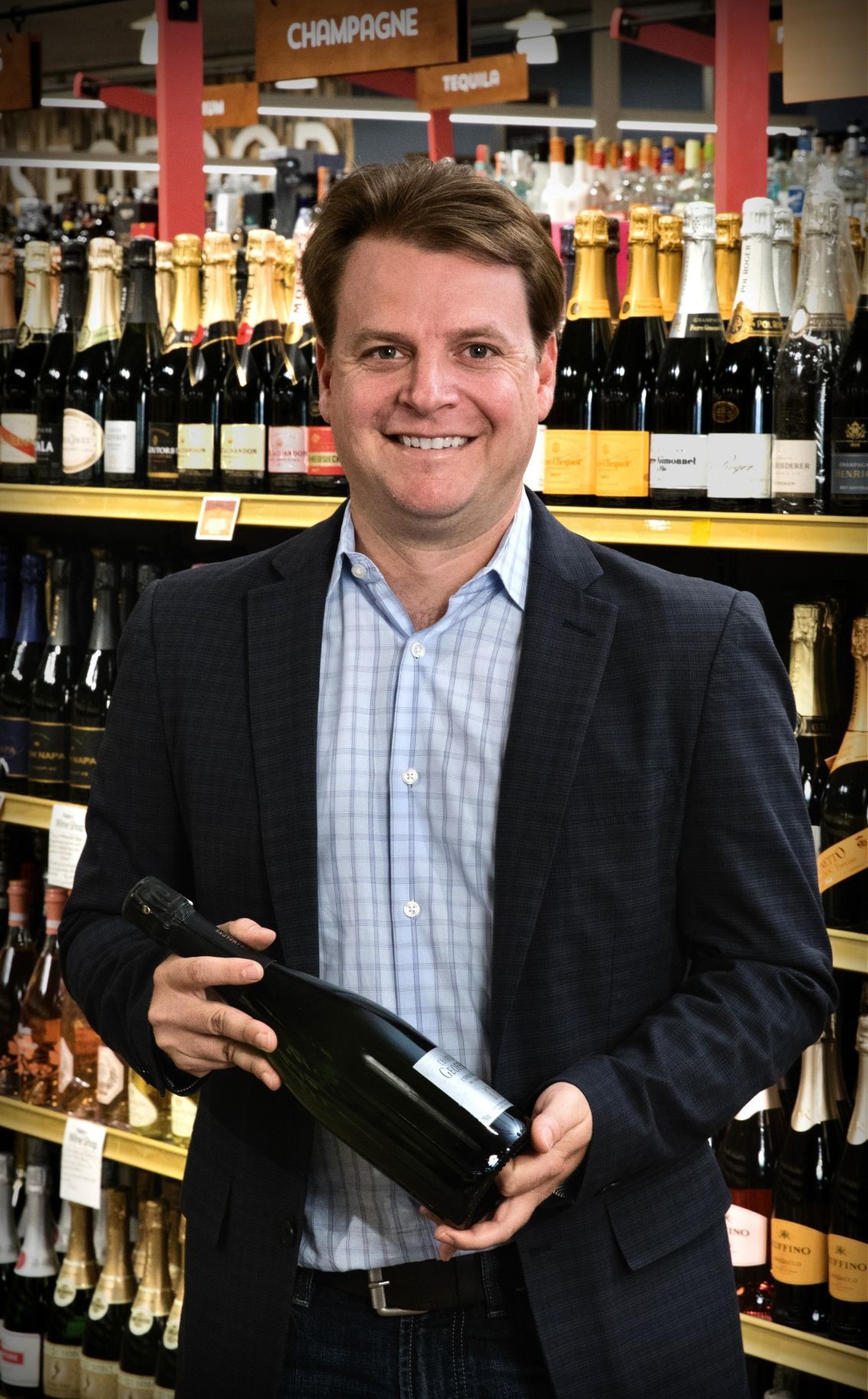 Curtis Mann, director of alcohol and beverage for the Raley's grocery chain, is one of two recently titled American Masters of Wine.

Seven wine industry professionals last week received their Master of Wine titles, bringing the population of Masters of Wine (MWs) worldwide to 396. Two of the recent additions are Americans: both are instructors at the Napa Valley Wine Academy.

Vanessa Conlin, head of wine for the online retailer Wine Access, and Curtis Mann, director of Alcohol and Beverages for the supermarket chain Raley’s, are not the first academy instructors to earn the title: they join seven of their colleagues who have already passed the rigorous curriculum that notoriously proceeds certification.

The London-based Institute of Masters of Wine, which awards the titles, is selective even about who can apply, according to Conlin. It took her four and a half years to pass the three official stages involved in procuring the title; she passed the most difficult portion, Stage 2, in fall of 2018.

“Stage two is a five-day exam involving a theory portion, which is essays about viticulture, and a practical portion, which is a three-day blind tasting of 36 wines,” Conlin said. Master of Wine candidates are expected to be able to identify, at a minimum, the variety and the region of the wine, as well as the vintage, commercial appeal, quality level and winemaking for wines from classic wine regions.

Mann began his candidacy for the MW title soon after Napa Valley Wine Academy opened in 2011; it took him eight years to complete the exam. But it’s been the process, he said, not only his obtaining the title, that has redefined the way he interacts with wine professionally.

“The great thing about the process is that it required me, as a retailer and an educator, to think super broadly about the whole wine industry,” he said. The studying he had to do to earn the title, which incorporated an understanding of government regulation of wine, has helped Mann recently with importing logistics in the face of shifting industry tariffs, he said.

Mann began his career in the Napa Valley at Rutherford’s ZD Wines; he lived in the valley in 2006 and 2007 after taking a marketing job with Trinchero, before he and his wife moved to Stockton for her job at Gallo. Mann describes his teaching at Napa Valley Wine Academy as “somewhat sporadic”; he’ll teach a few times a month for periods of time, and then go a few months without teaching at all.

“They might have me teach more, now that I’m a Master of Wine,” he said, laughing. “I do feel the need to help instruct students because it’s always good to have instructors that have the retail focus.”

Given the rigor of the tests, Conlin and Mann’s passage is a feat in itself, according to Peter Marks, vice president of education for Napa Valley Wine Academy. But the fact that they’ll join the existing miniature universe of Masters of Wine in their fellow instructors makes for a truly rare set of circumstances, according to Marks, himself a Master of Wine.

“One way I like to classify this; my former boss used to say that there are fewer Masters of wine than there are astronauts,” Marks said.

Napa County is home to an almost immeasurably small fraction of a percentage of the world’s population – something in the hundred-thousandths of a percent. Yet the academy, which caters to wine industry professionals, tourists and the wine-interested population in general, has an instructor roster that includes more than 2% of the world’s Masters of Wine at its recently updated count of nine.

“It’s significant in that Napa is the mecca of American wine,” Marks said. “And it doesn’t just pertain to MWs; you can look at the number of Master Sommeliers that reside in this area, too.”

The academy offers WSET (Wine and Spirits Education Trust) courses, another important certification in the wine industry; it also offers wine-tasting expertise crash courses for tourists interested in fine-tuning their wine knowledge ahead of their vacation in the area.

Two of the titled instructors do not reside in the Bay Area, according to Napa Valley Wine Academy co-founder Christian Oggenfus. But those who don’t, like Master of Wine Bree Boskov, who lives in Oregon, often play a hand in teaching online class.

The cluster of titles among those linked to Napa Valley Wine Academy is not a coincidence, according to Mann. A study group had formed there among Bay Area MW candidates, he said.

“Six years ago, we decided it had been too long since an American from the West Coast had passed the exam,” Mann said. “We all got together and said – we have to spend every Sunday to hone our wine tasting skills. And if you don’t do that in a group and you don’t share the cost, it can be ridiculously expensive.”

The first year the group combined their efforts, three of their members – Mary Margaret McCamic, Dave Forer and Matthew Deller – passed the second stage of the exam, historically the most prohibitive, and then eventually gained their titles. The following year, additional members passed, and the snowball has continued, according to Mann.

Conlin, who noted the demanding time commitment of MW candidacy, said the group would host one mock tasting each week. The bill for the tasting’s wines would easily run as much as $500, she said, so spitting the cost was key, as was the expertise of her peers.

“It’s obviously grueling and takes a huge commitment. It takes a lot away from your personal life and your finance, but I have met the most amazing people,” she said. “It’s a bunch who are committed to being the best at what they do.”

“The fact that the Bay Area contingency is so strong and connected feels really, really rare,” Conlin continued, citing Marks, previously the vice president of education for Constellation Brands, as an invaluable resource and praising co-founders Oggenfus and Catherine Bugue. “There are so many MWs that have passed from this Napa Group. It’s because we have this incredibly supportive community.”

Mann and Conlin will both plan to attend the official MW award ceremony, held by Institute of Masters of Wine in London, this November.

St. Helena's newest wine tasting room opened on Feb. 14 and, unexpectedly because of the coronavirus epidemic, recently shut down.

The California Green medal winners have been announced for the sixth annual Sustainable Winegrowing Leadership Awards for 2020.

The fallout continues from a New York Times story reporting sexual harassment at the prestigious Court of Master Sommeliers.

Panel looks at issues faced by women in the wine industry

Six wine industry veterans — all women — spoke out Tuesday at a panel addressing the New York Times article that has shaken the American wine industry.

Vanessa Conlin, head of wine for the online retailer Wine Access, is one of two recently titled American Masters of Wine. Conlin and Curtis Mann, who also earned the honor, are both instructors at Napa Valley Wine Academy.

Curtis Mann, director of alcohol and beverage for the Raley's grocery chain, is one of two recently titled American Masters of Wine.