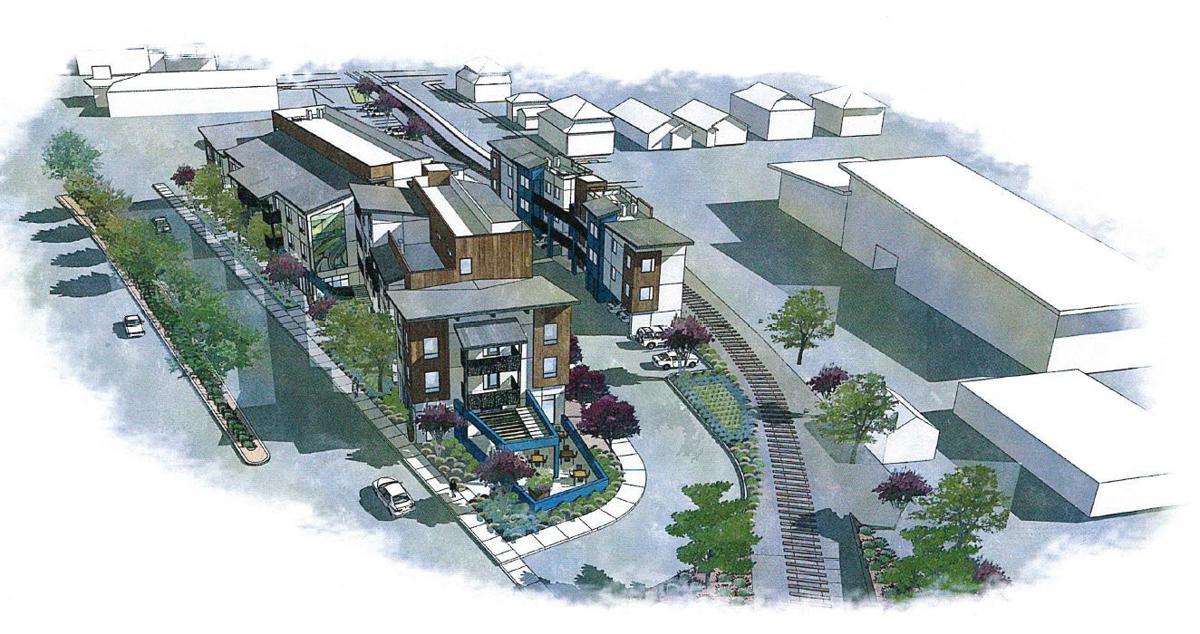 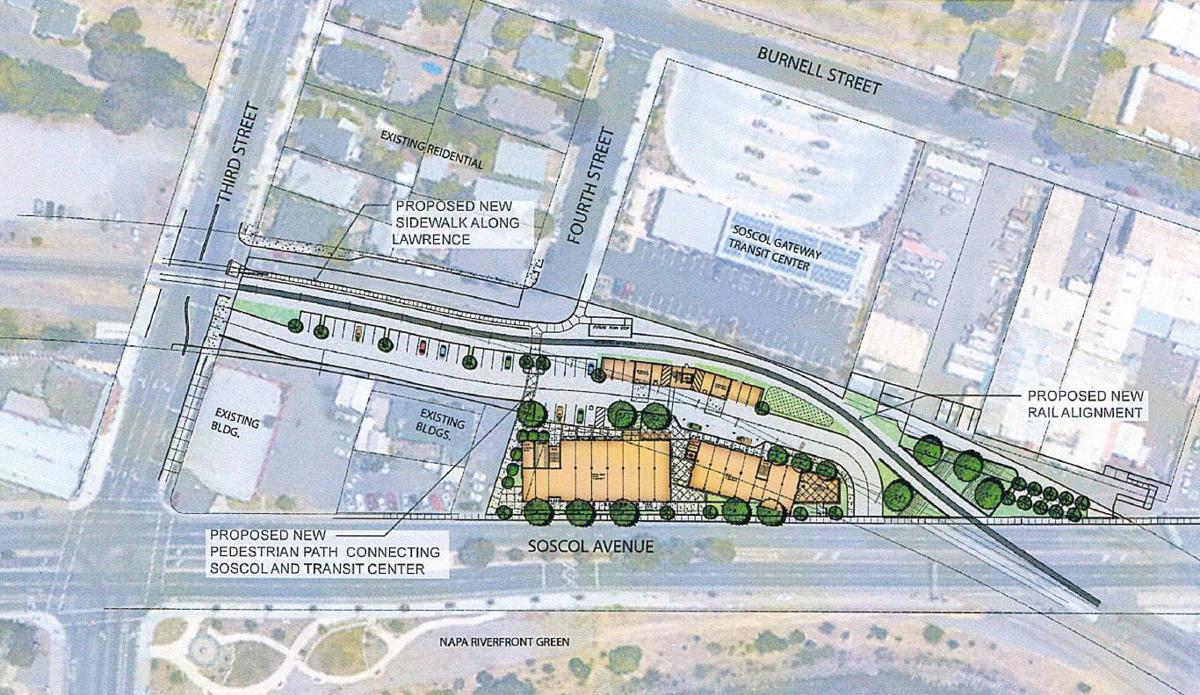 An image of the location of proposed Wine Train employee housing. 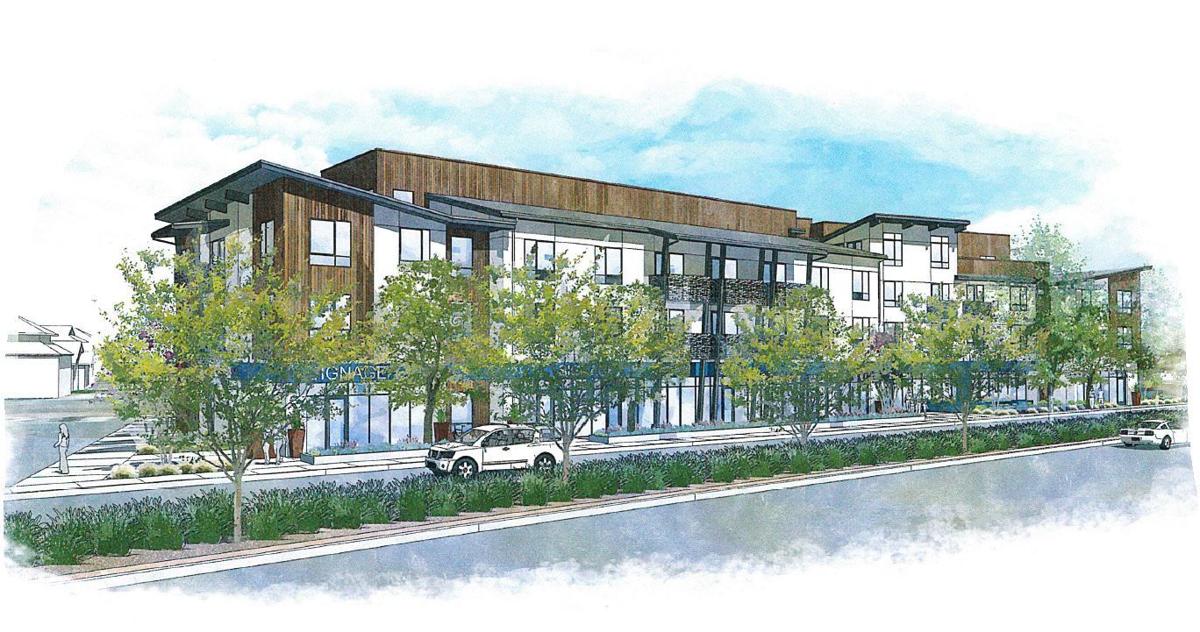 An image of the location of proposed Wine Train employee housing.

Now you can add employee housing to the list.

Wine Train owners have submitted an application with the city of Napa to build two apartment buildings, totaling 55 units, along Soscol Avenue on a lot currently occupied primarily by vehicles from Greenbergs Quality Motors.

“Any new hotels, in my view, will have to show how they deal with housing for the workforce they bring in,” Napa Mayor Jill Techel said last year.

Last July, the City Council approved a new Marriott in the southern part of town, with developers agreeing to build 12 rental dwellings with affordable rents on a ¾-acre property along Old Sonoma Road.

Wine Train’s plan for employee housing is larger than anything previous in the city. Besides fronting on Soscol, the project would also wrap around behind the Greenbergs office, the former Napa Depot restaurant and the building occupied by Dave Parker’s Eur-Asian Autowerkes.

Located on almost a 2-acre parcel on the 700 block of Soscol, the project would provide “much needed working housing,” said an application from Greg Brun of the Napa Valley Wine Train.

Brooks Street, along with partner Noble House Hotels and Resorts, co-own the Wine Train, which runs dining and recreational trains between Napa and St. Helena.

“Housing has become more and more expensive” in the valley, said Brun.

“We can’t attract the right employees unless we offer some sort of affordable housing option,” said Jamie Colee, president of development at Noble House Hotels.

Offering housing for workers gives the Wine Train “an extra edge” to recruit new staff, said Brun. And many new staff will need to be hired to work at the Wine Train’s planned $100+ million development on McKinstry Street.

“It’s what needs to be done,” said Brun.

That project would include a 151-room resort hotel with an atrium, parking structure, restaurant, pool and spa and rooftop gardens as well as a train station.

According to the June 26 application, the Wine Train proposes to build two new workforce housing buildings: one three-story and one four-story. There would be 35 studios, 14 one-bedroom apartments, four three-bedrooms and two four-bedrooms.

In addition to the apartments, the project would also include 11,000 square feet of retail/commercial space on the ground floor and 44 on-site parking stalls.

This wouldn’t be the first employee housing the Wine Train has provided its workers, but it would be the largest. The Wine Train already leases three apartments in the Vineyard Terrace complex on Soscol Avenue for a limited number of foreign employees working under one-year work visas.

Both have been a success, he said.

“It’s helped provide stable housing for employees that are having a hard time finding someplace affordable to live,” Colee said.

Yes, it costs money to build the housing, said Colee, but “the real return comes in the savings” from reduced turnover and training and other efficiencies.

According to the Napa workforce housing application, a section of railroad will need to be realigned to allow for the construction of the two buildings.

After that, the project would provide a direct pedestrian link through the site from Soscol Avenue to the adjacent Soscol Gateway Transit Center.

Currently, pedestrians have to walk up to Third Street and then down Lawrence Street – or walk down to Sixth Street and up Burnell Street to reach the transit center.

The new housing would be slightly more than half a mile from the Wine Train depot on McKinstry Street.

On Tuesday, Greenbergs General Manager Jeff Mitchell said he hadn’t heard anything about the project. The business leases its south parking lot from the Wine Train. If the apartments are built, “it certainly wouldn’t be good news for us. Eighty percent of my inventory is sitting there,” said Mitchell.

“We’ll work with him,” said Brun on Thursday. “He’ll have plenty of time to find a new location for his car lot.”

In addition to displacing Greenbergs parking, the project would also eat into a 30-space parking lot leased by the Wine Train to Bell Products.

Bell has leased the lot from the Wine Train for decades, said Bell Products President Paul Irwin, “but this is something we always knew could happen.”

“We’ll have to adjust our parking,” said Irwin, but “it’s not that big of deal.” Bell has space on the south side of its property it can use for parking, he said. Bell does not plan to move or close, said Irwin.

While some employers offer farmworker housing, this Wine Train employee complex would be one of the few, if only, privatized workforce housing projects in the city.

Brun acknowledged that creating such new housing could set a new standard for other developers.

“We want to be innovative and lead by example,” said Brun.

“If we wait for somebody else to find an answer to the problem, we’re going to continue to struggle with trying to keep a steady workforce,” said Brun.

The Napa city planning department is due to submit comments about the application to the developer by July 29.

No. 5 Story of 2018: Hotels growth and housing prices sparked a Napa County debate

A growing number of local hotels jobs and high prices for local housing continued creating an unwanted dynamic in 2018.