Schools fear dropouts will surge as result of pandemic; parents rush to get shots for kids 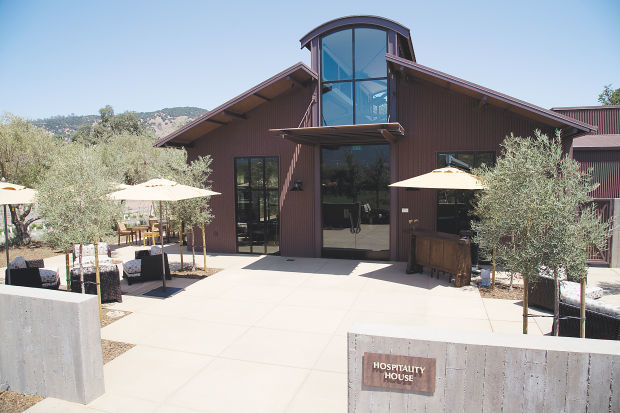 B Cellars Winery in Oakville has been planning its reopening since the day it closed, according to General Manager Curtis Strohl. The winery is planning to implement distancing between guests and staff and emphasize sanitation protocols. 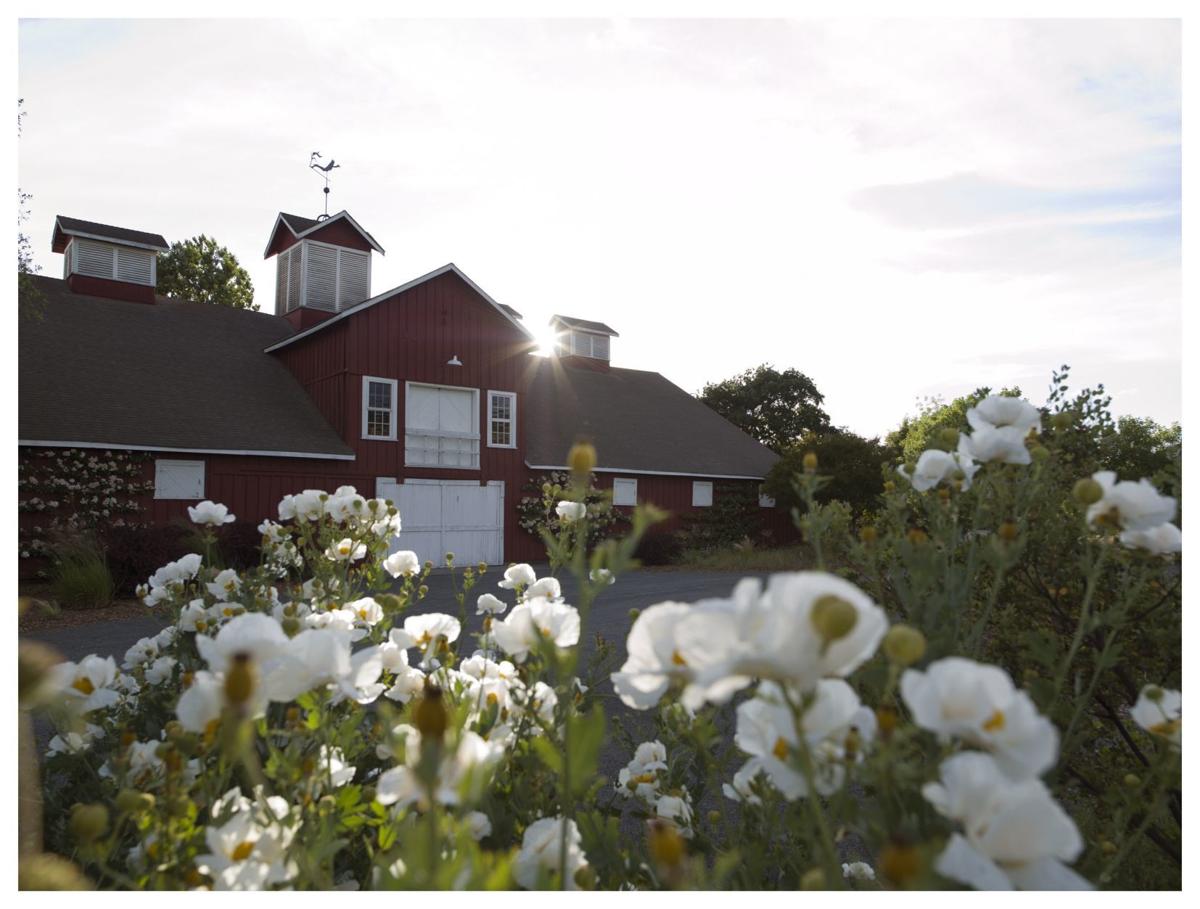 Frog's Leap Winery plans to utilize the large property to space out guests for wine tastings once its tasting room can reopen.

Anticipating the day when winery tasting rooms can reopen, the Napa Valley Vintners (NVV) this week submitted its proposed guidelines for tasting room operations in a COVID-19 world.

The group has recommended creating a “phase-in” approach for bringing employees back to work on a case by case basis; maintaining social distance between employees and guests; establishing maximum occupancy for the physical tasting room spaces; and that both employees and guests wear face coverings during the tasting when possible. NVV will also recommend wineries operate on appointment-only systems.

“Every winery is going to be different, but these measures were designed to be feasible for everyone,” Novi said.

NVV is waiting for feedback from the county on its proposed post-lockdown guidelines, she said.

Separately, the Wine Institute, which deals with wineries statewide, released guidelines it said it would submit to the governor’s office Thursday.

The timetable for tasting rooms reopening is uncertain. Much of the loosening of regulations has been left to individual counties, which must to submit a readiness plan to the state government for approval.

B Cellars General Manager Curtis Strohl said the winery began thinking about the day it would be safe to reopen its tasting room the day after it was ordered closed.

“Once we reopen we’ll be at a new crossroads, and that brings with it its own share of risks,” Strohl said. “We’ve been thinking about how to do the right thing (safety-wise) while providing guests with an experience that is quintessential Napa Valley for a long time.”

The Hess Collection on a busy summer day could see as many as 200 guests come through its tasting room, according to Philip Hansel, director of direct-to-consumer operations. The winery typically accepts walk-in guests, he said, but will pivot to appointment-only to ensure the safety of its staff and guests.

“At the most, we’ll probably host 40 people (per day),” Hansel said, indicating that the winery would attempt to be flexible with walk-ins, space permitting. “It’s (part of) a paradigm change.”

The winery plans to use its outdoor patio to keep tables about 10 feet apart, Hansel said. Signs at the door will explain various safety protocols, and both guests and employees will be asked to wear masks when not tasting and potentially undergo body temperature checks.

“We do want to have some fun with it so that it’s not overwhelming the experience,” he added.

Measures like the ones recommended by NVV could feasibly change the face of the nation’s hospitality sector, according to Douglass Miller, a lecturer for The Hotel School at Cornell University, because experiences in venues like tasting rooms often emphasize highly curated environments.

“Under normal circumstances, part of the allure of going to tasting rooms is the sense of place,” Miller said. “You’re engaging with the person who made the product, you might take a tour – that takes it to the next level of experience. And there’s a direct correlation between a guest having that experience and the amount of money they spend.”

But patrons will have to adapt just as businesses have, Miller added. Guests may even avoid tasting rooms without visible protocols in place in recognition of the extenuating circumstances, he said.

“In a vacuum, you’d say, ‘no, that sounds terrible,’” B Cellars’ Strohl said, of wearing masks to tastings. “But if the other option is heading to a neighborhood bistro, and the same thing is happening there, you might think, ‘Well, I’d at least like to get out of town.’”

This time could prove opportunistic for Napa and Sonoma counties, Miller said: wine enthusiasts for the foreseeable future may balk at going abroad to fulfill their tasting itch. If heading to Bordeaux and Burgundy is out of the question, the North Bay may fill that void. Road trips could make a comeback, Miller said, and traffic from other Bay Area counties or Southern California might prove significant.

Frog’s Leap Winery is planning its reopening with Bay Area visitors in mind, according to Jessica Hague, vice president of direct-to-consumer sales and marketing. Conversations about logistics have centered on using the winery’s 50 acres in Rutherford to distance guests as much as possible and to reduce possible touch points between employees and staff. With the outdoor space available to use for tastings, Hague said the winery could support its regular capacity of about 200 guests per day – just spread out over more of its lawns.

“Right now, it feels to me like once the shelter-in-place order is lifted or modified, the visitation snap back will be pretty significant,” Hague said. “The Bay is sufficiently large enough to populate tasting rooms as folks are coming out of their houses, especially if the weather holds up.”

The biggest challenge ahead for the industry, Hague said, will be convincing the unconvinced: potential guests who might not see the allure in tasting while observing social distance and wearing masks between sips.

“Enjoying wine is a sensory experience: most memorable wines are about where you were, who you were with and what you drank. It’s rarely just one of those things,” Hague said. “For the folks who are tentative, we have to think about how to convey that, yes, things have changed, but a tasting room is still worth their time. It’s almost the emotional quotient.”

NVV has said the timeline for reopening will be based upon science. Frog’s Leap is not expecting much advance notice, Hague said, citing the state’s retailers, given only days to prepare for curbside pick-ups and to-go orders. But when the time comes to reopen doors to tasting rooms across the Valley, wineries must be ready to adapt with the comfort and safety of their guests and employees in mind, according to Miller.

“People will be looking for a place that they feel comfortable in, so they can disconnect from where they’ve been – home, work, wherever,” he said. “The places that create those environments where people can relax but still feel protected and safe will (succeed).”

Editor’s note: Because of the health implications of the COVID-19 virus, this article is being made available free to all online readers. If you’d like to join us in supporting the mission of local journalism, please visit napavalleyregister.com/members/join/

Even wine production has been altered by pandemic-prompted tasting room closures and shifts in sales.

The pandemic has changed the way Napa Valley's wineries do business. Perhaps for good.

Will coronavirus tests for all California health care workers be a must to reassure patients it's safe to go to the doctor again?

Thousands of Stanford Health Care employees, from billing clerks to surgeons, have been pouring into clinics in the past few weeks to have swa…

Photos: A look at Napa County under the coronavirus shelter-at-home mandate

The county's tally of Covid cases remained unchanged at 78 on Thursday.

Fumé Bistro operated 2 nights before the county stepped in.

The California Department of Public Health gave comprehensive instructions for how dentists and their staff should resume operating, saying they "are in the very high-risk category for exposure" to the virus.

Napa County's wine grape crop in 2019 saw a 13.5% decrease in volume and a 9.6% decrease in value as compared to 2018, according to the county's annual crop report, released Tuesday.

Drawing upon a background in theatrical design, Geoffrey Curley is using his digital skills to bring Napa wineries to consumers stuck at home.

B Cellars Winery in Oakville has been planning its reopening since the day it closed, according to General Manager Curtis Strohl. The winery is planning to implement distancing between guests and staff and emphasize sanitation protocols.

Frog's Leap Winery plans to utilize the large property to space out guests for wine tastings once its tasting room can reopen.