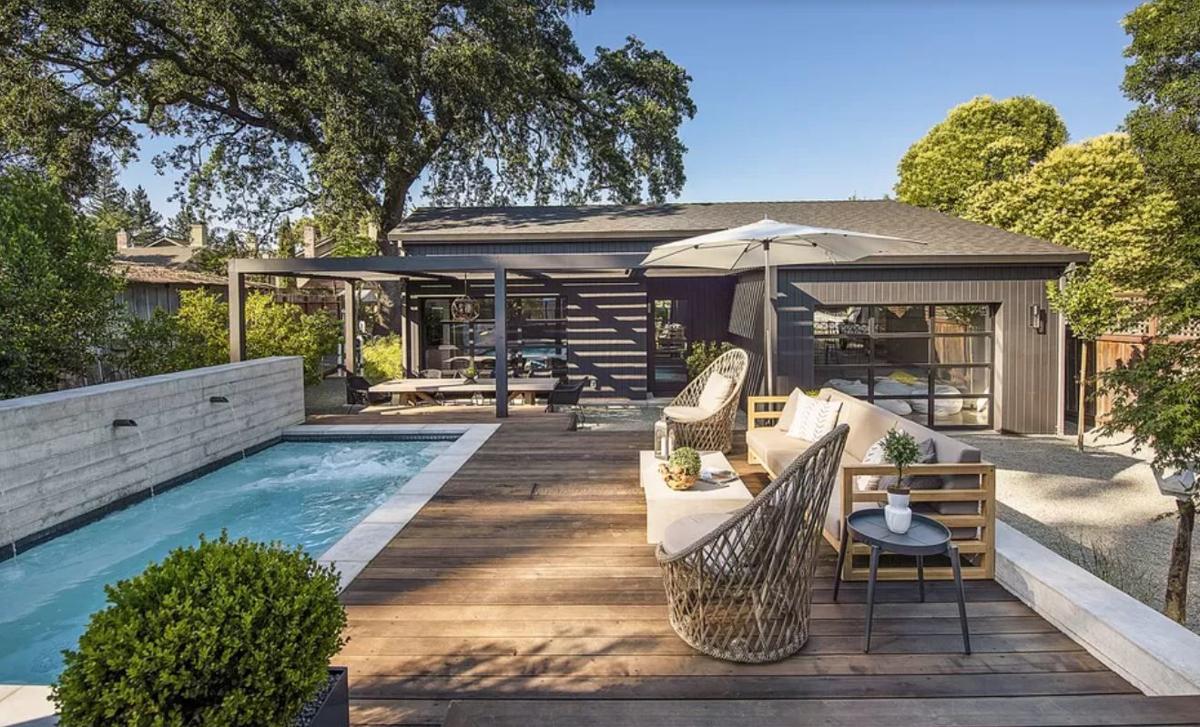 The back porch of Carl Dene's two bedroom home in St. Helena. The property also features a guest house, and can sleep six adults. Dene says his property, which rents for $1,200 a night, is consistently booked when it's made available. 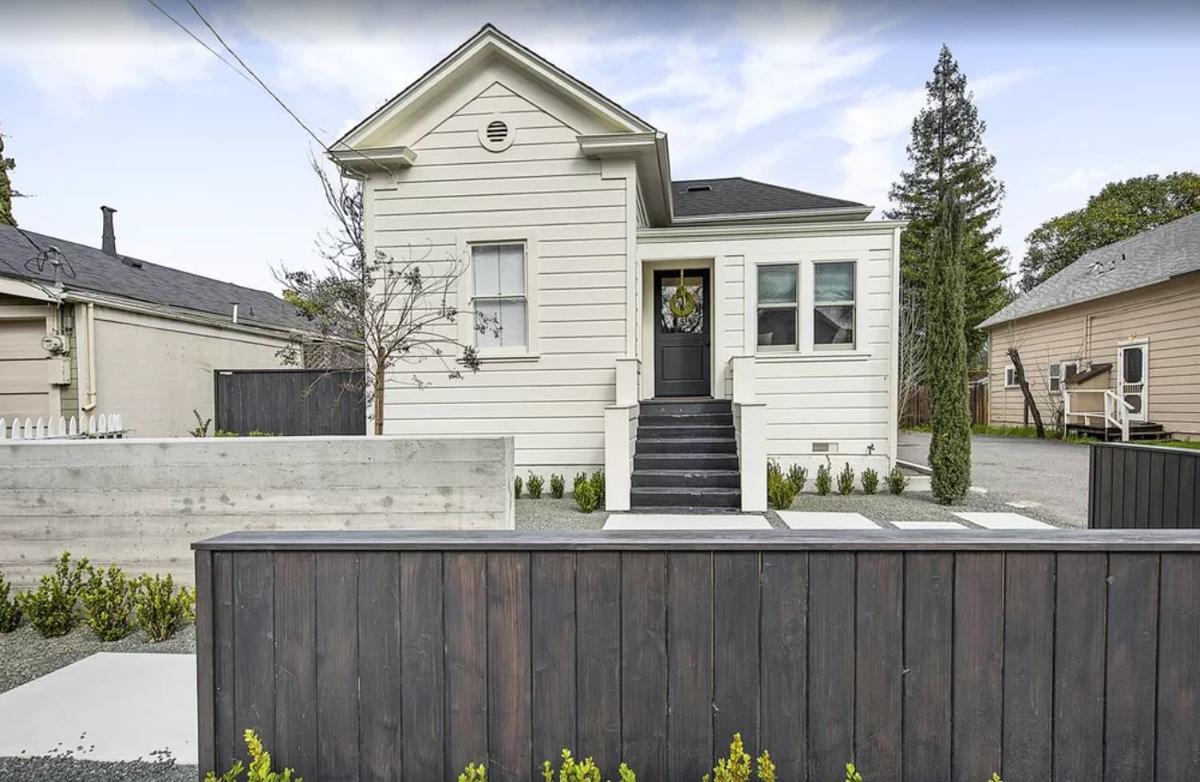 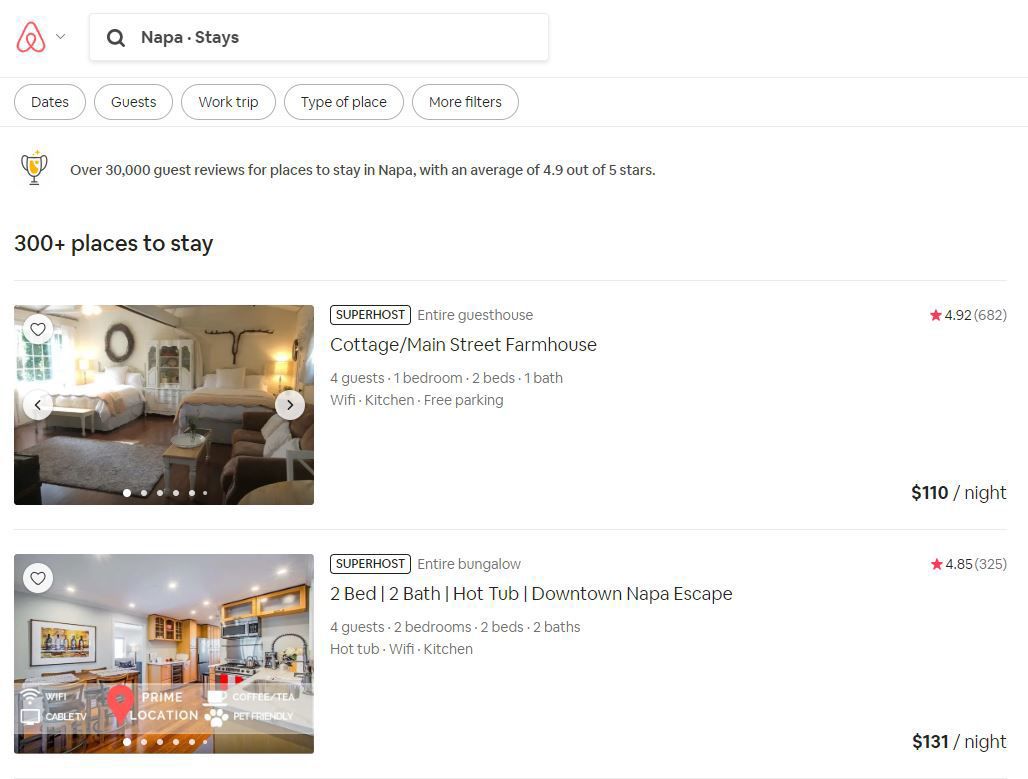 A page of search results for available Airbnbs in Napa. The city has 41 permitted properties, but community members say illegal rentals, which do not pay transient occupancy tax, are often visible and can offer lower prices to guests.

Napa Valley had 1.45 million overnight visitors in 2018. It’s not likely very many of them stayed the night in an Airbnb.

In fact, it’s more than just unlikely, especially if their rental was legal. Even as the valley’s reputation as a tourist hotspot has grown, short term vacation rentals (STVR) like Airbnb and VRBO have not taken a hold of the county’s housing stock.

That’s purposeful. The city of Napa allows 41 STVRs – properties rented for less than 31 days – and St. Helena allows for only 25. None are permitted in American Canyon, though residents of two of the city’s southeastern neighborhoods could apply. They’re illegal altogether in Yountville and in Calistoga, as well as in unincorporated parts of Napa County.

That kind of regulation is a stance not uncommon among popular vacation destinations in California: as the state’s housing crisis continues, cities are moving to protect their existing housing stock.

Napa has faced historically low vacancy rates in the wake of the 2017 wildfires, but tourist hubs like Palm Springs and Santa Monica, for example, also strictly regulate short-term rentals.

Napa and St. Helena, like Palm Springs, place a 13 percent transient occupancy tax (TOT) on permitted Airbnbs and VRBOs. Records show St. Helena between July 2018 and June 2019 collected almost 3.3 million from the tax from its short term rentals and hotels.

The city of Napa’s permit program has been officially capped at 41 since late 2015.The number was inherited from an earlier iteration of a STVR permit program, according to Erin Morris, planning and code enforcement and division manager for the city of Napa.

“When we set up the current program, the city council’s desire was to limit the permits, because vacation rentals – especially the non-hosted kind – displace housing for people that work in Napa,” Morris said.

Permitted hosts do not have to be present to house guests in ‘non-hosted’ properties. Napa also has 60 ‘hosted’ permits for rooms in homes, but often visitors want the privacy and flexibility of a whole home, or prefer more common space for large groups.

They’re most often wine industry tourists, according to Laura Brasil, a 20-year resident of Napa who owns two of the city’s 41 permitted short term vacation rentals. She rents her property on VRBO, and says her experiences have been largely positive.

“My personal experience has been that staying in these places is a much better deal as compared to hotels, especially if you’re staying longer-term,” Brasil said.

Brasil was an early applicant of the program in 2009. She paid one-time fees to receive the permits for her four- and three-bedroom properties, and continues to pay additional annual maintenance fees and TOT on her properties. The process was agreeable enough, but Brasil is bothered by the illegal rentals visibly soliciting guests online. Illegal listings often have lower prices, Brasil added, because they’re not factoring in the taxes or fees.

Brasil understands the city is attempting to protect its housing stock, but notes that residents sometimes chose to forge ahead with a short term vacation rental anyway. One notorious illegal rental in 2016 attempted to continue hosting guests even after being fined $1,000 per day.

“I think their reason for not having very many isn’t coming to fruition, because a lot of people are still doing it,” she said. She wondered aloud if opening up the process to establish legal Airbnbs would mitigate that problem.

Both Napa and St. Helena have attempted to crack down on illegal rentals, though combing through the corners of the internet to find illegal listing is a process that requires man hours that aren’t often readily available. Morris says the city employs one code enforcement officer who spends half of her time monitoring for illegal rentals.

Aaron Hecock, a senior planner for the city of St. Helena, is the singular person available to monitor rentals in that city. The county recently began contracting with a San Francisco-based compliance firm, Host Compliance LLC, to supplement their two existing compliance offers.

Still, there are ways to circumvent the city and county’s monitoring efforts. Hosts might list their rentals only on the weekends, when they know the compliance offers aren’t working, or host short-term guests while describing their property as available only for 31 days or longer – a kind of rental for which no permit is required.

Options for legal rentals are limited. There’s been little movement on the waiting list for non-hosted permits in Napa, according to Morris. It took Carl Dene, a St. Helena resident, four years to get off the city’s waiting list for permitted short term vacation rentals. His home, just a block off of Main Street, is one of its most recently permitted properties.

He, too, thinks the regulations are well-intentioned, but ultimately create “more issues” for St. Helena.

“They have empty homes here. I get going after people that aren’t doing it right, but they need to be doing more of (the legal permitting),” Dene, who also owns the Brannan Cottage Inn in Calistoga, said. He stays at the inn when his home is rented.

Dene rents his two-bedroom home and guest house for $1,200 a night including fees, a rate he says is comparatively affordable for St. Helena. Between three couples, that evens to $400 per night per room. During the summer, hotel rooms in St. Helena run the range of prices (though a Google search shows even the cheapest options falling at around $300 per night).

Beyond that, Dene says, the rental is “the answer to a call” for expanding the short term rental supply. He believes there are other properties like his – available only for short periods of time, and thus does not impact the city’s housing stock.

“I think they have to realize that they’re creating more issues (by limiting the short term rentals),” Dene said. “They have empty homes, and they’re not approving hotels. And they’re collecting good revenue.”

He says he approves of the monitoring for illegal rentals, but feels that making the process to legally acquire a permit more accessible could expand accommodation options for tourists while simultaneously benefiting the city.

St. Helena’s 25 permit cap was established in 2012, according to Hecock. Though the planning department expressed an interest in expanding that count, St. Helena’s city council, like Napa’s, wanted to keep the limit low, Hecock said. To date, St. Helena has only issued 22 permits, though that’s not for lack of demand; it’s a labor-intensive process that demands time from staff who have other responsibilities, Hecock explained.

“We’ll get to 25 eventually, but there hasn’t been a sense of urgency (from the city),” Hecock said. “They want the right people.”

Dene’s property is “slammed every weekend.” He says he’s careful to make sure his tenants are respectful of the space, and rents through VRBO because of its comprehensive vetting process (more so than Airbnb’s, which just came under fire in the fall following a Halloween party at one of its rentals that resulted in a fatal shooting).

“In order for me to rent them the house, they have to tell me why they’re coming,” Dene said, of his guests. He doesn’t rent the home for notoriously traffic heavy weekends, like BottleRock, he said. Ultimately, his tenants are usually in town for corporate events or weddings, and tend to be in their 50s or older.

Brasil, for her part, sees the situation as having come to a standstill.

“I know they keep it down for affordable housing, yet there are hundreds of illegal ones,” she said. “I’m sure those people would love to do it legally, but the city’s limited it – the permit holders are just whoever applied (at the right time).”

A private company is providing tips on illegal tourist rentals, the City of Napa told the Napa County Grand Jury.

What happened when St. Helena High School students went phone-free for a day?

You won't believe how a former hoarder house on Kent Street looks today.

Calistoga had a numbers-breaking year in 2019, taking in more visitors’ dollars with increased participation in yearly events.

Glazer said the bill is intended to "create a strong enough disincentive that people will think twice about renting" out "party houses."

The Sonoma County Board of Supervisors will consider temporarily capping the number of vacation rental homes allowed to operate in most unincorporated parts of the county.

The back porch of Carl Dene's two bedroom home in St. Helena. The property also features a guest house, and can sleep six adults. Dene says his property, which rents for $1,200 a night, is consistently booked when it's made available.

A page of search results for available Airbnbs in Napa. The city has 41 permitted properties, but community members say illegal rentals, which do not pay transient occupancy tax, are often visible and can offer lower prices to guests.