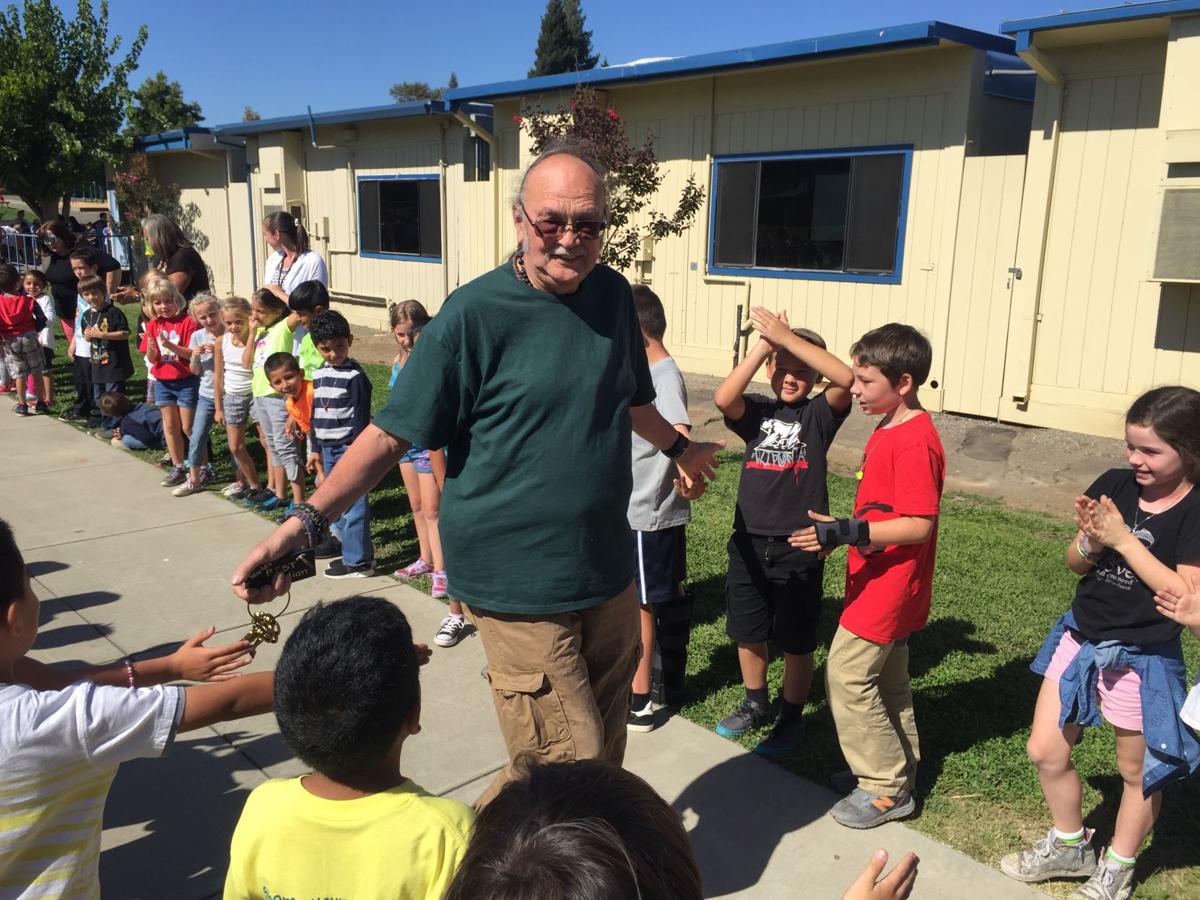 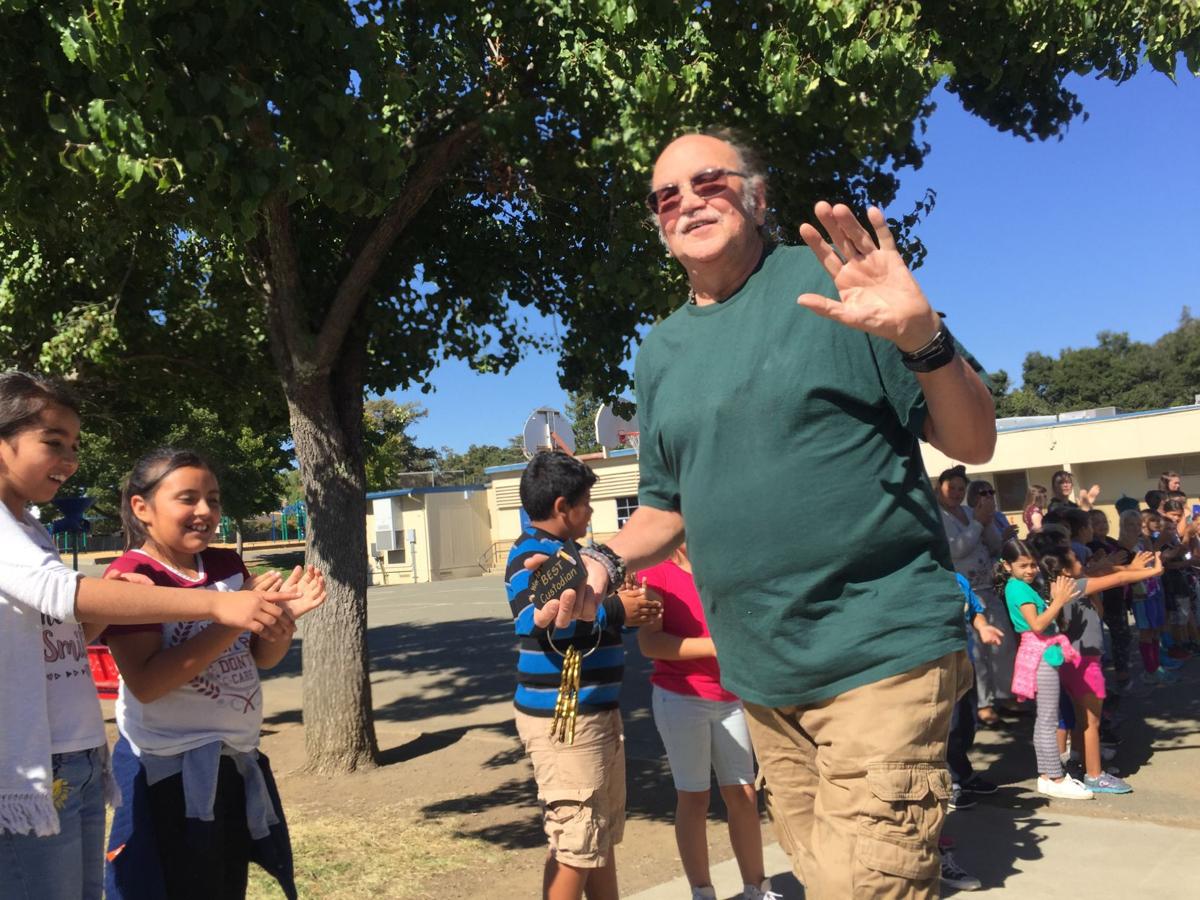 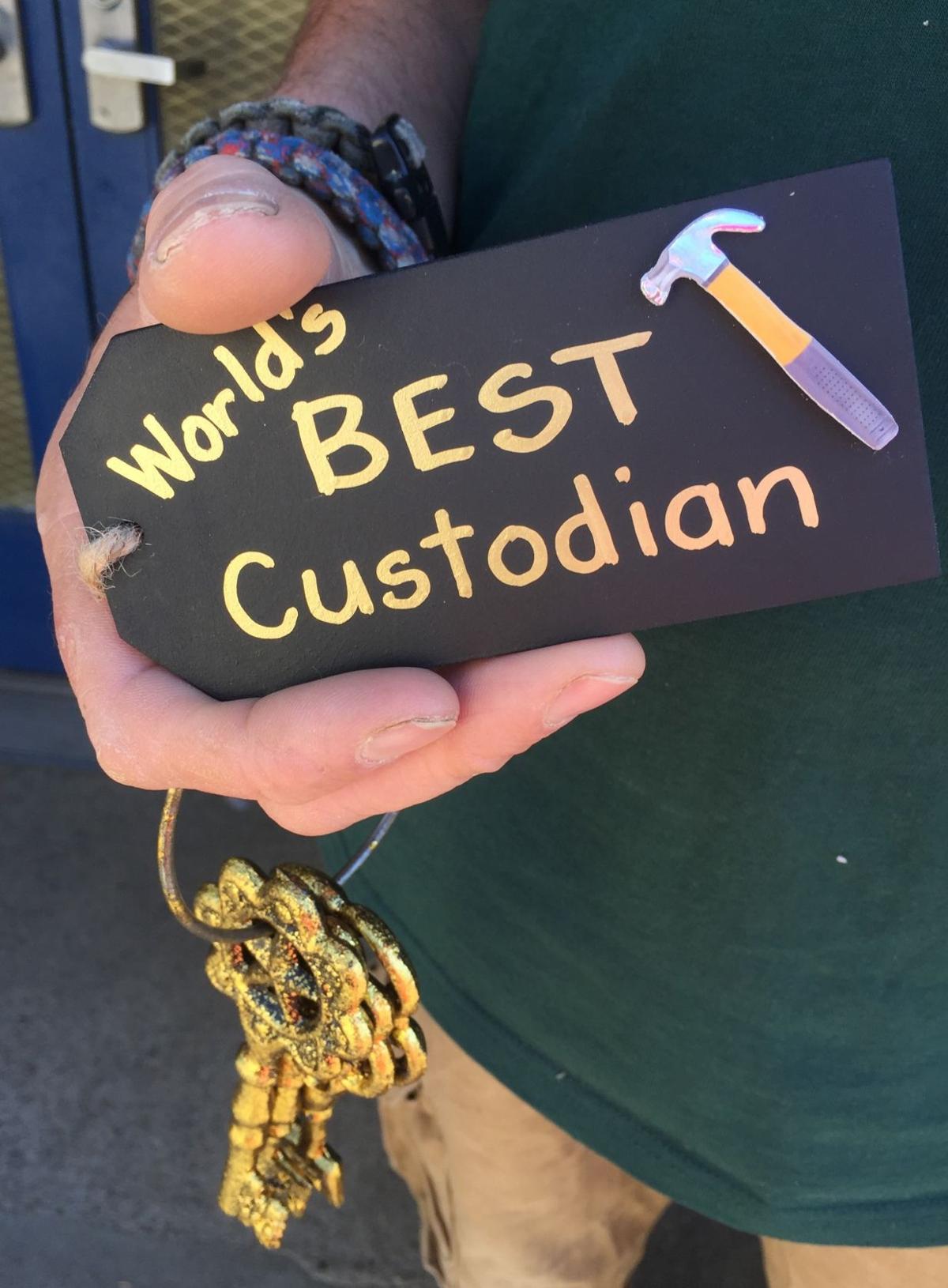 Doug Wood, the longtime custodian at Browns Valley Elementary School, received a special set of keys and other recognition on Thursday during Doug Wood Day at the west Napa school. Wood, 63, retired on Sept. 29 after 47 years with NVUSD and 25 years at Browns Valley. 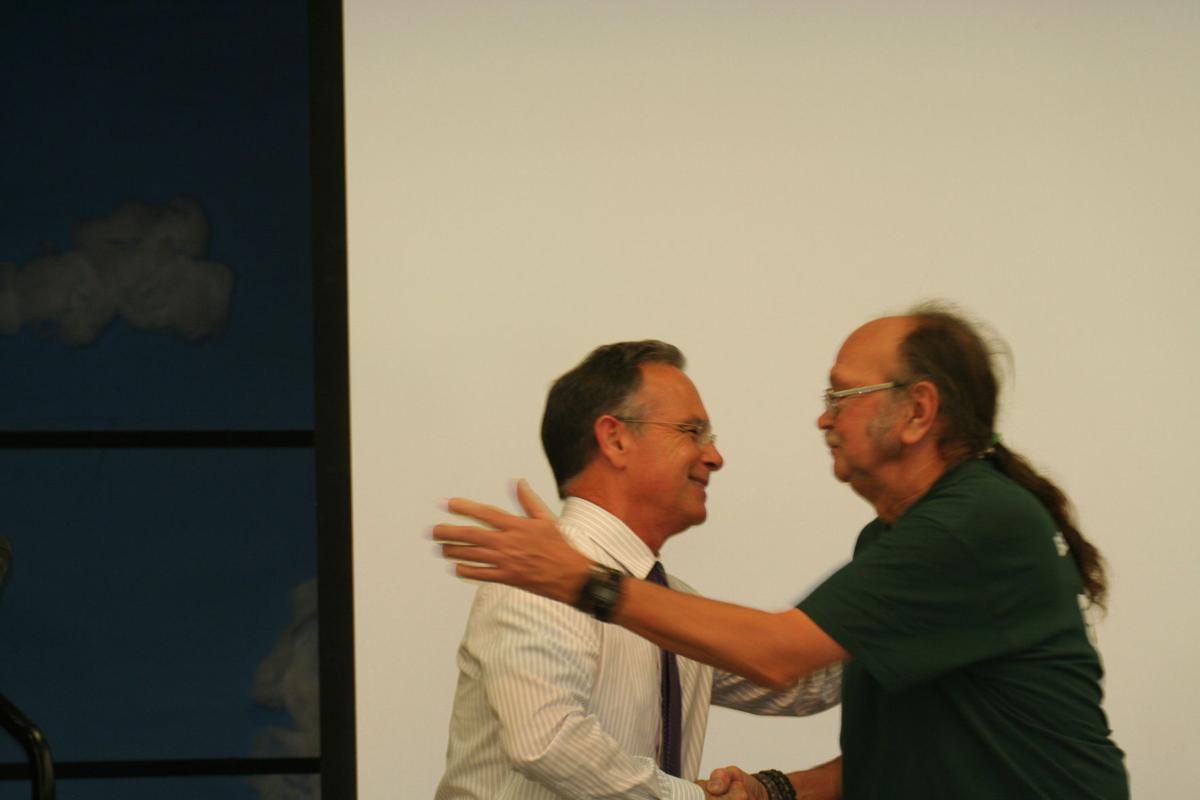 Wood, the longtime custodian at Browns Valley Elementary School, received the keys and other recognition on Thursday during Doug Wood Day at the west Napa school.

Wood, 63, retired on Sept. 29 after 47 years with NVUSD and 25 years with Browns Valley Elementary.

In addition to the keys, Wood was honored at an assembly with special proclamations from the City of Napa and the County of Napa, as well as recognition from the Sheriff’s Office and others.

“He’s a hard-working, honest and caring person,” she said. “You can count on Doug if you need something.”

Doug Wood Day began with a special promenade called the “walk of fame” during which Wood processed between two lines of students on the way to the gym for his assembly.

“Doug, Doug, Doug,” chanted the hundreds of students. They reached out their hands, gave him hugs and cheered as Wood passed through the crowd.

A soft-spoken man, Wood said he enjoyed all parts of his job, especially figuring out how to fix things for the teachers and make things work.

His least favorite part of his job was “when a kid gets hurt,” he said. “I don’t like to see anyone get hurt.”

On Thursday, Wood wore a T-shirt to the ceremony that seemed specially made for him.

He also volunteers with the Sheriff’s Office on search and rescue missions as a plane spotter. He helps look for lost people or other emergencies, he said.

In keeping with those activities, Wood wears three different whistles, a cross and a woven “paracord” that can be unraveled in case of emergency.

The Napa native said he also participates in archery competitions and belongs to the Moose lodge.

“He’s always there and every time we made a mess, he’d clean it up,” said fifth-grader Olivia Secrest-Farrell.

“If there was an emergency, he’d always be there, straightaway,” said fifth-grader Savannah Secrest-Farrell. “I was in second grade once and a kid barfed in class and he was there to mop it up. He’s very brave to scoop up all that barf,” she said. “That takes a lot of courage.”

Wood is loyal “and even if we make a mess and it’s our job to pick it up, he’s right on the job,” said fifth-grader Kailey Stutting.

Principal Frank Silva said that it’s hard to put into words what makes Wood so special. “No one understands unless you are part of our community.”

Wood “would do anything for our kids,” explained Silva. “He not only shows it with appreciation, but he also shows it with his work ethic and ‘get-to-itive-ness.’”

For example, after the 2014 earthquake, Wood was one of the first on campus to begin the clean-up, even before attending to his own home.

“You’re not just Doug the custodian, you’re our Doug,” Silva told Wood during an all school assembly.

“Thank you, Doug,” said student speaker Oliver Duffy. “It will never be the same without you.”

WH turns focus to getting under 30 vaccinated

WH turns focus to getting under 30 vaccinated

Outdoor dining, to-go drinks could be here to stay in Napa Valley and statewide

Even after the state lifted coronavirus restrictions on June 15, some changes such as outdoor dining and to-go drinks will likely remain in many California cities, including Napa. Many small businesses are embracing the extensions.

Drift smoke in Napa Valley is from fires outside the area

Drift smoke in the area poses no threat to Napa County residents.

Doug Wood, the longtime custodian at Browns Valley Elementary School, received a special set of keys and other recognition on Thursday during Doug Wood Day at the west Napa school. Wood, 63, retired on Sept. 29 after 47 years with NVUSD and 25 years at Browns Valley.