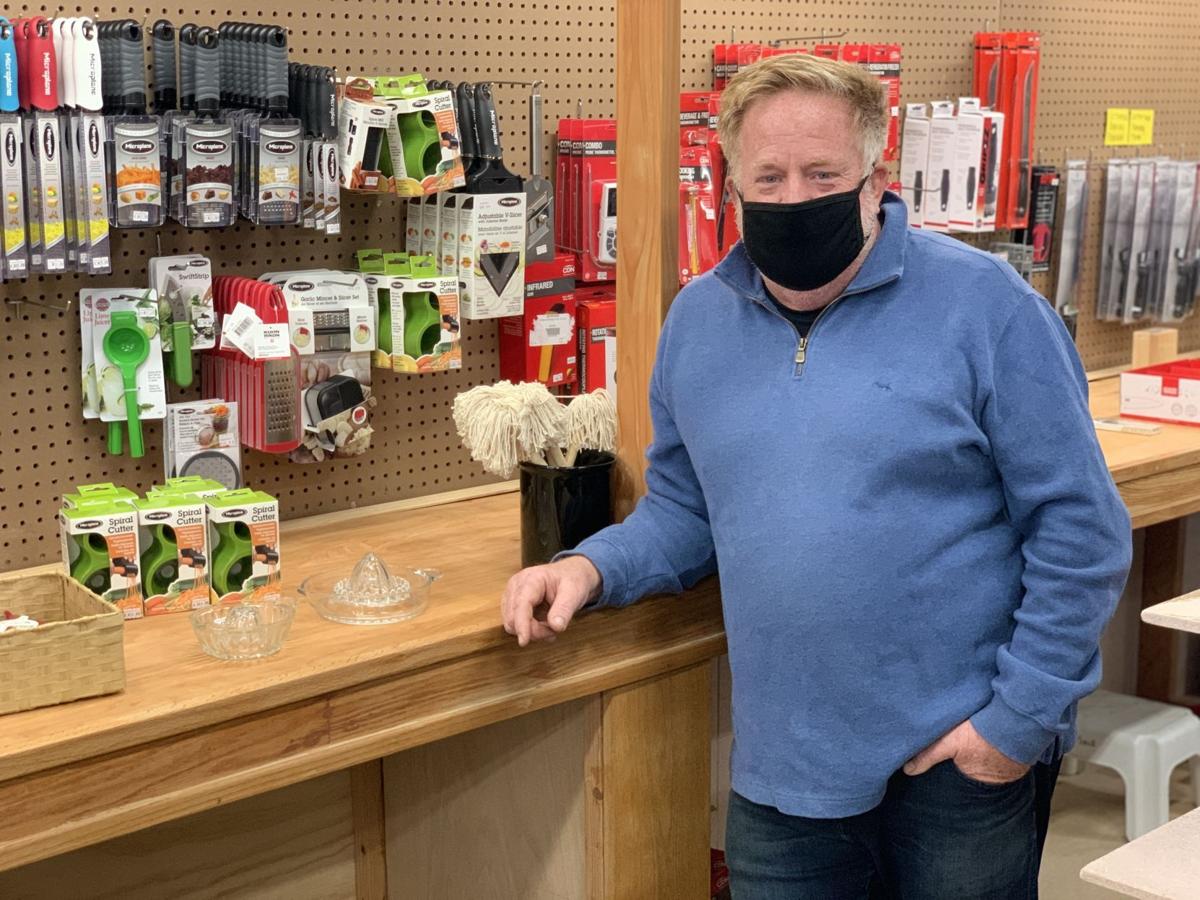 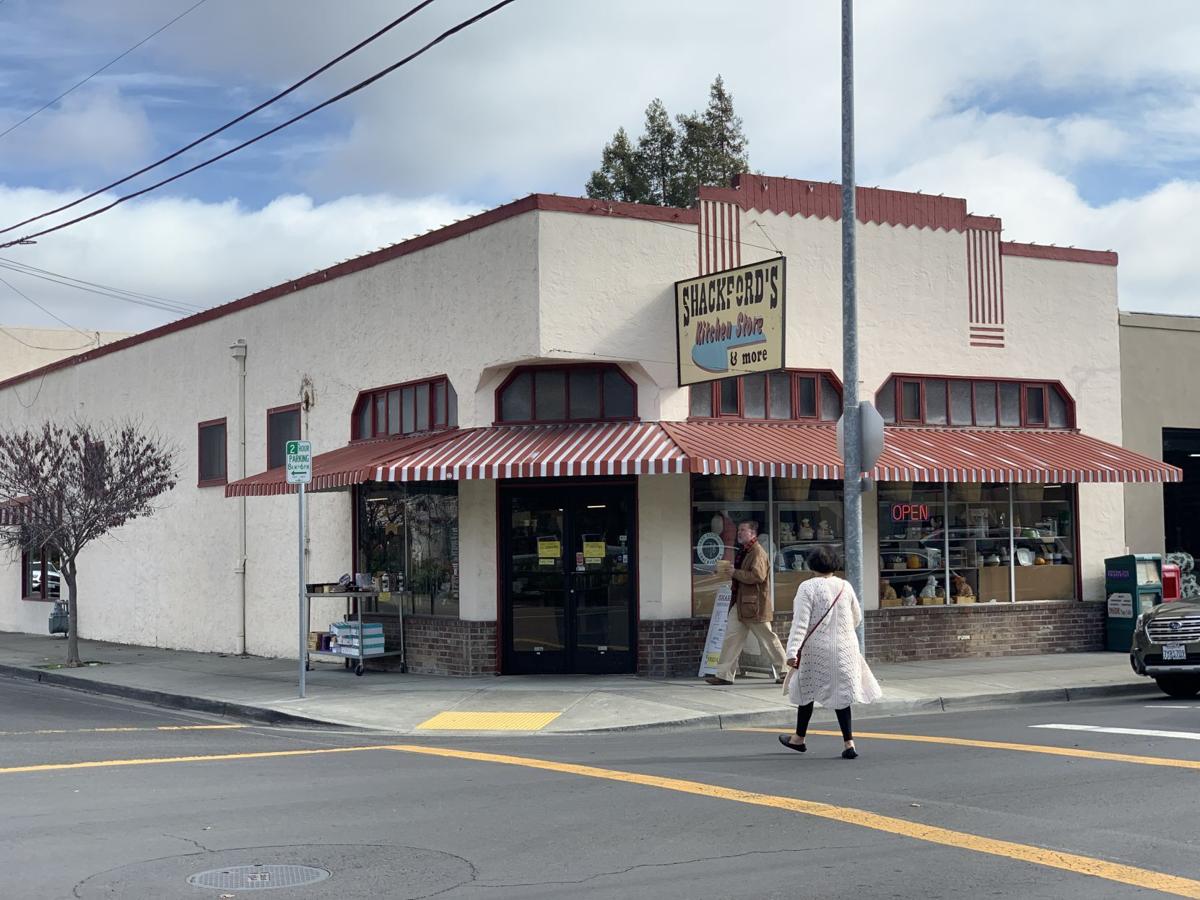 Shackford’s Kitchen Store and More is located at 1350 Main St. near downtown Napa. This retail location will close, but the store will continue online. 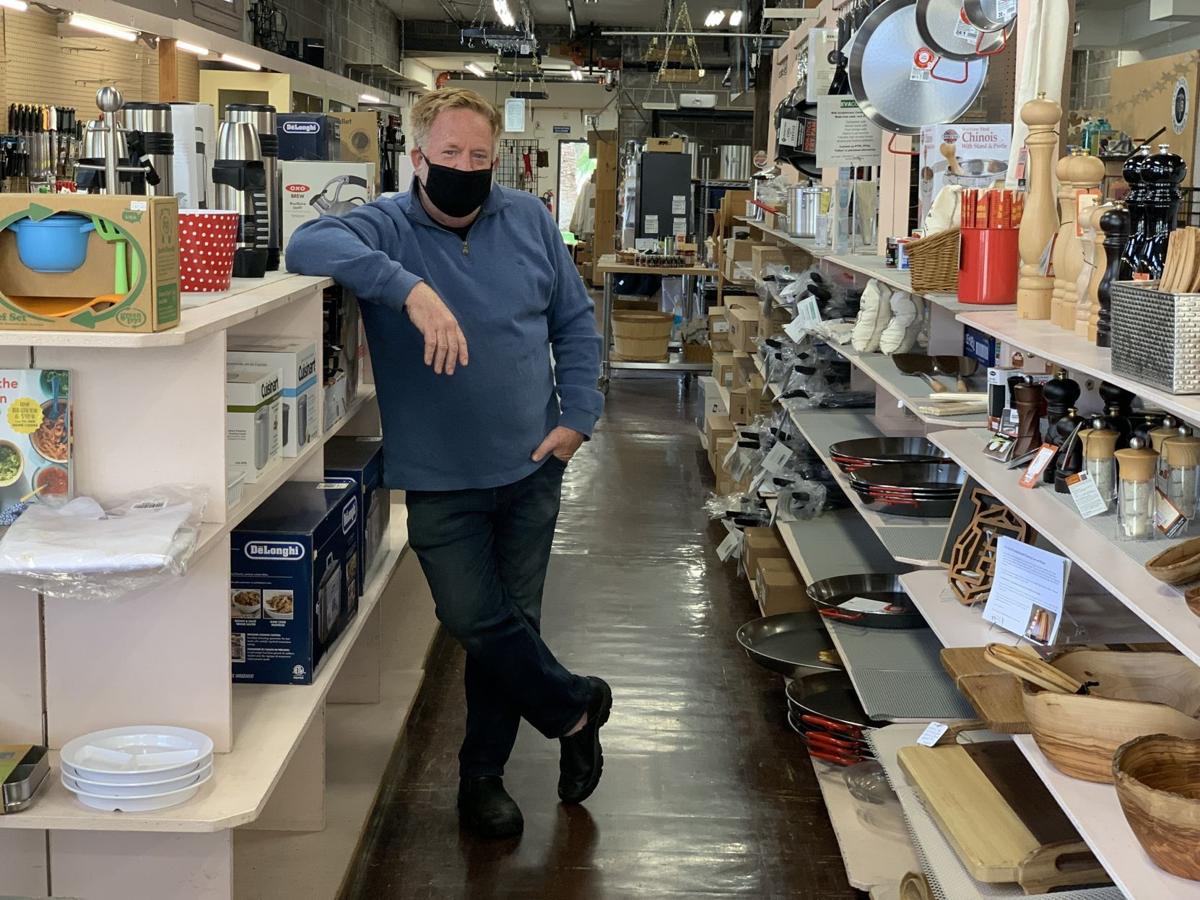 Shackford’s Kitchen Store and More owner Patrick Merkley at the Napa store. The longtime business will close its brick and mortar shop on Nov. 30 but open an online store. 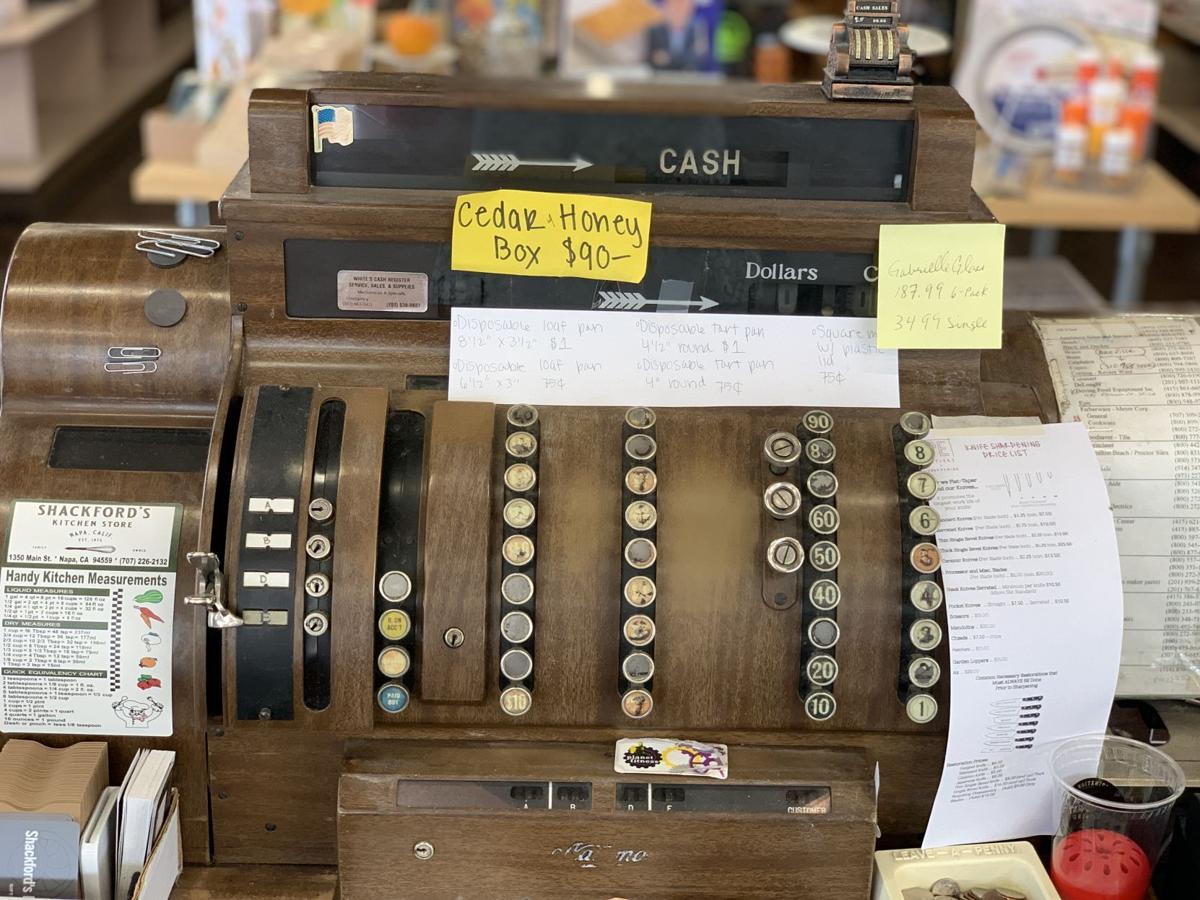 A vintage cash register at Shackford’s Kitchen Store and More in Napa. For years, receipts were handwritten.

For more than 45 years, Napa’s Shackford’s retail store has been a culinary destination for everyone from gourmet chefs to kitchen novices.

Shackford’s Kitchen Store and More owners Alix and Patrick Merkley announced this week that they’ll close their brick and mortar shop. The store is located at 1350 Main St. near downtown Napa.

They will replace the shop with an online specialty kitchen retailer, according to a news release. It’s also possible a different, likely smaller, version of Shackford’s could open in the future at another physical location, said Patrick Merkley.

“We are more than disappointed that the ripple effect of the pandemic has led us to shift our business strategy,” said Merkley. But, “Everything about the pandemic just caused massive disruption.”

“We invested heavily in this store because we value the legacy businesses of Napa,” he said.

“We feel that we made great advancements with the business, including liquidating out-of-date inventory and implementing some much needed systems and processes. We loved interacting with the community daily and will miss the face-to-face interactions with our customers but are thrilled that we are able to continue on with our online presence.”

The Shackford’s Kitchen Store and More's online presence will be linked to the store’s Instagram account where they will continue to sell hard-to-find items that were carried in the store, including Evaco nonstick ceramic pans, paella pans, North Of South olive wood products, and specialty food items. The store will offer same-day delivery to local customers, Merkley said.

This new chapter in the Shackford’s history book will offer the community “unique quality products that are unavailable at big box retailers,” the release said.

“Our hope is that taking a more curated approach to our inventory will give us an edge over the big box competitors in town who now carry identical products,” said Merkley.

“There was little, if any, COVID-19 relief for small retailers, so it is forcing us and other small businesses to be creative in the face of the severe repercussions from the pandemic.”

Shackford’s Culinary will continue to operate the culinary program. In addition to the online shop, Shackford’s management will look for opportunities for pop-ups around the valley, the release said.

For many years, the store was jam-packed with every single thing a kitchen or cook could need, from whimsical cookie jars to tiny utensils, cake decorating supplies, cello bags for bakers, kitchen appliance parts, fancy pots and pans, colorful teakettles, chef’s clothing, baskets and cookbooks galore. For decades, the store used an old-fashioned cash register and handwrote receipts. The inventory system was not computerized.

“It was labor-intensive, but that’s the way I liked to do it,” said John Shackford at the time.

In 2018 the Merkleys bought the store from Shackford. The business purchase price was not disclosed but Merkley said he agreed to buy the building at 1350 Main St. from Shackford for about $1.8 million.

At the time, Merkley said he wanted to build a test kitchen that would offer a range of culinary services.

Services were meant to include cooking classes, product demonstrations and a community table.

This past February, Merkley sold the building for $2,171,500 to John Anthony Investments LLC. John Anthony Truchard is listed as a managing member of that company.

“It was the right thing to do at the right time,” said Merkley of the sale.

Truchard and Merkley agreed for the business to continue to lease the space, which has worked out well, he said during an interview on Tuesday.

The small business owner said that he understands this news could upset some locals.

“We get it,” Merkley said. “It’s going to be scary for people; it’s another change. But we just have to figure out a better way to do it so that everybody’s happy, not just the consumer, but also us.”

“We thank our community for your support and look forward to continuing to serve you,” he said.

Changing of the guard at Shackford’s in Napa

Shackford’s Kitchen Store and More is operating under new ownership as of this past Friday.

Beverly Wilson, known for her captivating vineyard scenes that appeal to locals as well as tourists, has turned her artistic attention in anot…

Have you seen this man? He wears a red and white striped shirt, a matching hat, and bottle-cap glasses. His name is Waldo and this month he’s …

John Shackford is known around the Napa Valley as a treasured resident and longtime owner of Shackford’s Kitchen Store. He’s also undefeated a…

At the annual Emeril Lagasse Foundation wine auction and gala, a bottle of wine from Coombsville sold for a whopping $1 million, with proceeds going to the foundation.

Shackford’s Kitchen Store and More is located at 1350 Main St. near downtown Napa. This retail location will close, but the store will continue online.

Shackford’s Kitchen Store and More owner Patrick Merkley at the Napa store. The longtime business will close its brick and mortar shop on Nov. 30 but open an online store.

A vintage cash register at Shackford’s Kitchen Store and More in Napa. For years, receipts were handwritten.