Coronavirus update: US jobless claims fall below 1 million but remain high. Get the latest. 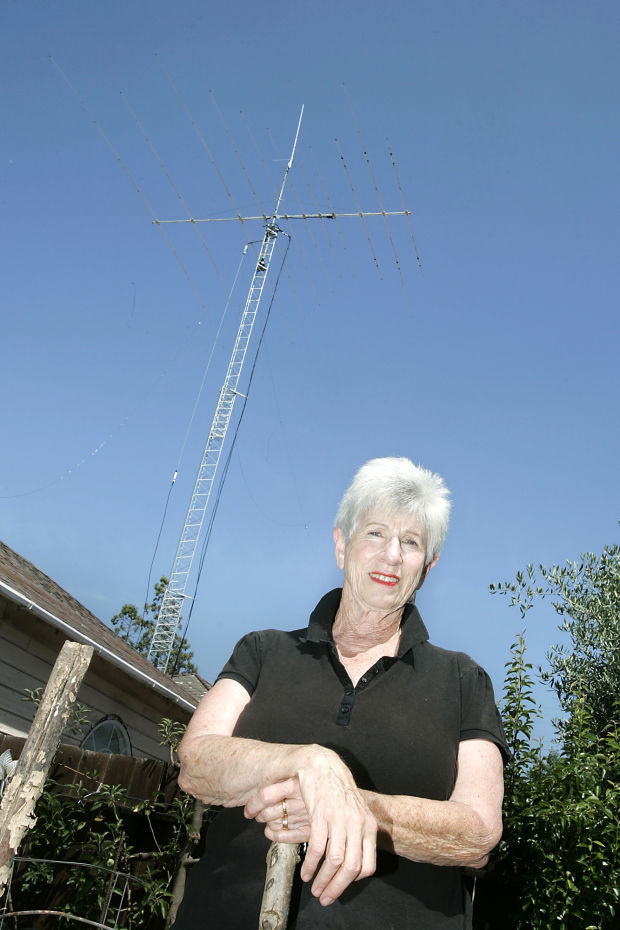 Randolph Street resident Kathleen Wolf is unhappy that a neighbor has put up a 55-foot tall antenna in his backyard. Jeff Hullquist is a ham radio enthusiast who had the antenna installed earlier this year. 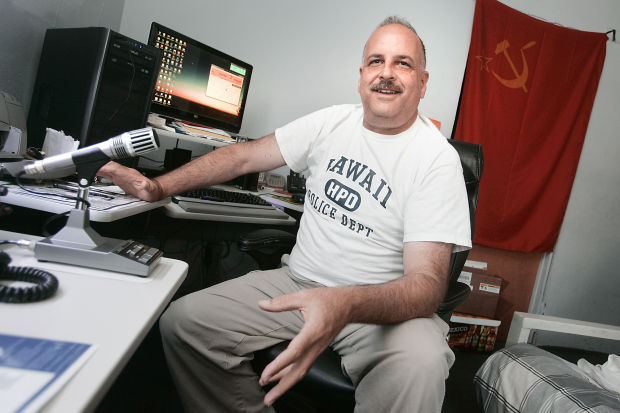 Jeff Hullquist, seen in his Ham shack, has erected a 55-foot tall horizontal high frequency antenna behind his Coombs Street home. Some of his neighbors are upset and would like it removed.

When Napa resident Kathleen Wolf returned to her Randolph Street home in April, following a three-month trip to France, she was surprised to see a newly installed 55-foot-tall radio antenna towering above her fence in a neighbor’s backyard.

“That’s the last thing I want to look at,” said Wolf, whose historic home has been in her family for four generations. “What if it falls on me while I’m tending to my tomatoes? I, at least, want to know that it’s safe.”

About six weeks ago, Jeff Hullquist, a Coombs Street resident, erected the amateur, or ham, radio antenna at his home. He grounded the enormous, metal structure in 30,000 pounds of cement and attached it to the side of his house using temporary mounts.

“I had a state-licensed contractor install it,” Hullquist said Monday. “It’s not like I just put it up myself.”

And while some residents in the Napa Abajo-Fuller Park Historic District might think the antenna is an “eyesore” that takes away from the district’s ambiance, there may be little they can do to force Hullquist to remove it.

“Federal law is very specific in protecting the rights of amateur radio operators,” said Robert Reber, a senior planner with the city of Napa. “It was installed without a building or use permit, both of which are required because it’s a transmitting structure. But the (Federal Communications Commission) usually regulates this, so local control is often preempted by federal regulations.”

Ham radio is a popular hobby in America that consists of licensed amateur radio operators, or hams, who communicate over the airwaves. Ham operators are required to pass an exam given by the FCC to obtain a license to access amateur radio frequencies, known as bands. The FCC reserves these bands for ham radio operators and has strict laws protecting citizens’ rights to use the airwaves.

Ham radio is also prized in emergencies as means of communication if cellular or Internet service is knocked out. Local towns often train volunteers to become ham operators in case of a significant disaster.

Hullquist has been a ham radio enthusiast for years. He started with an old citizens band, or CB, radio in the 1970s, when his uncle got him interested in the pastime.

“In case of a disaster, it’s a public service,” said Hullquist. “Yes, it’s a hobby, but if there’s an earthquake where cell and Internet service is out — who do you think will be the first people at my door, wanting to use my radio to contact their loved ones? The exact same neighbors who are complaining about me.”

Recently, Hullquist filed a building and use permit application with the city’s planning department, to come into compliance with city laws requiring permits for transmitting structures. Reber said staff is reviewing the materials and will most likely need additional information about the safety and installation of the antenna.

Wolf, who recently sent a letter of concern to the city that was signed by several Randolph Street residents, said that she doesn’t want to infringe on Hullquist’s rights. But she worries about the stability of the tower.

“It’s a colossal radio antenna that could fall or have environmental impacts,” she said last week. “This is a historic district and it is terrible to look at.”

Stacey De Shazo, a preservationist with Napa County Landmarks, said she has spoken to city staff about the antenna, but is currently unaware of any codes that would ban such installations.

“We’re still researching the matter, but it would be a shame if people put these huge antennas up all over historic districts,” she said. “The city may have to try and legislate this type of thing.”

Hullquist’s application is winding its way through the city’s permitting department and will likely appear before the Planning Commission soon. He said that he spent $500 on the building permit and could be forced to spend more, if the city wants to discourage him.

“I’m trying to comply with what the city wants,” he said, as he sat before several radios set up in an office at his home — his fingers continually turning a large radio dial, scanning different frequencies, picking up conversations throughout the globe. “I know I’m in good shape to keep it because the FCC protects amateur radio operators. But it’s a question of how much work and money it will be.”

For several residents of Coombs Street in Napa, Jeff Hullquist is their least favorite neighbor – or rather, the 55-foot-tall antenna outside …

Randolph Street resident Kathleen Wolf is unhappy that a neighbor has put up a 55-foot tall antenna in his backyard. Jeff Hullquist is a ham radio enthusiast who had the antenna installed earlier this year.

Jeff Hullquist, seen in his Ham shack, has erected a 55-foot tall horizontal high frequency antenna behind his Coombs Street home. Some of his neighbors are upset and would like it removed.