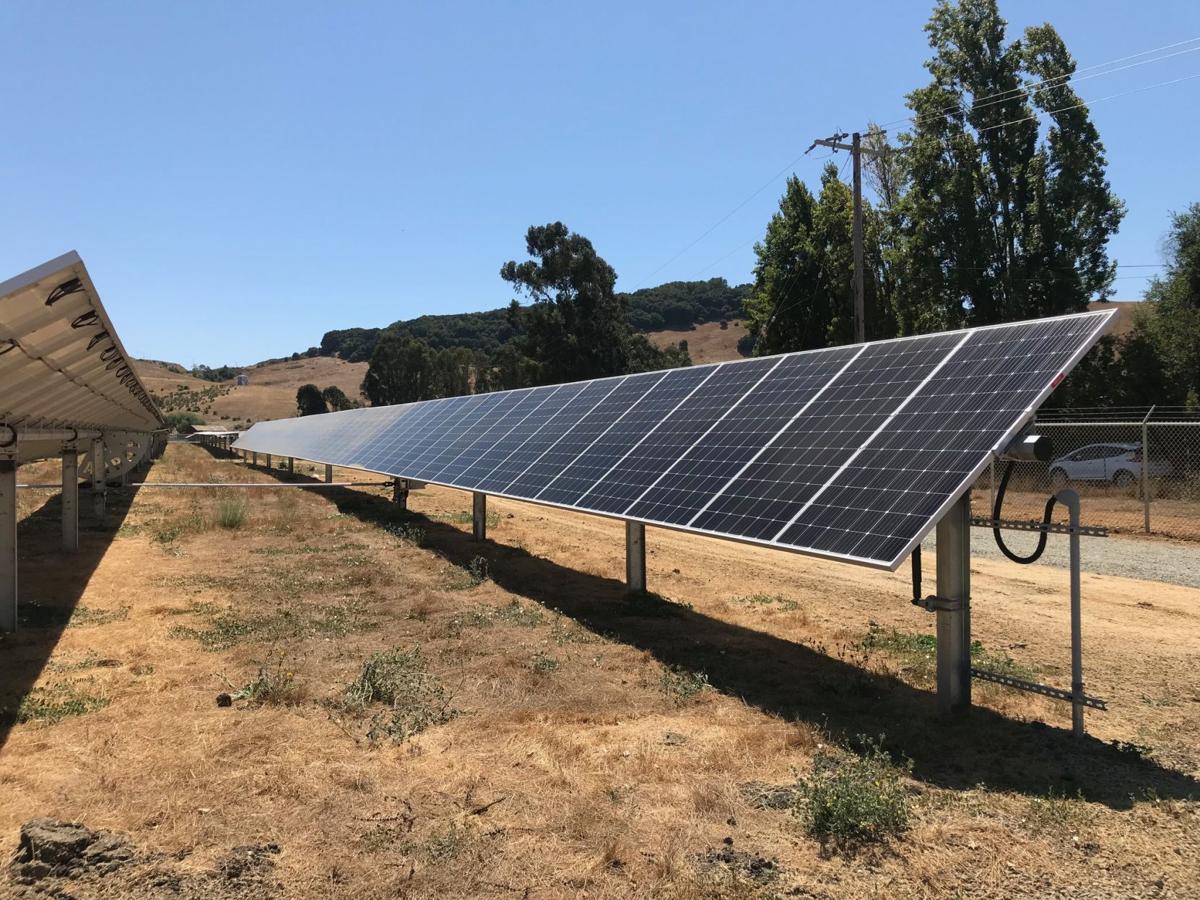 A new commercial solar farm in American Canyon, next to Interstate 80. 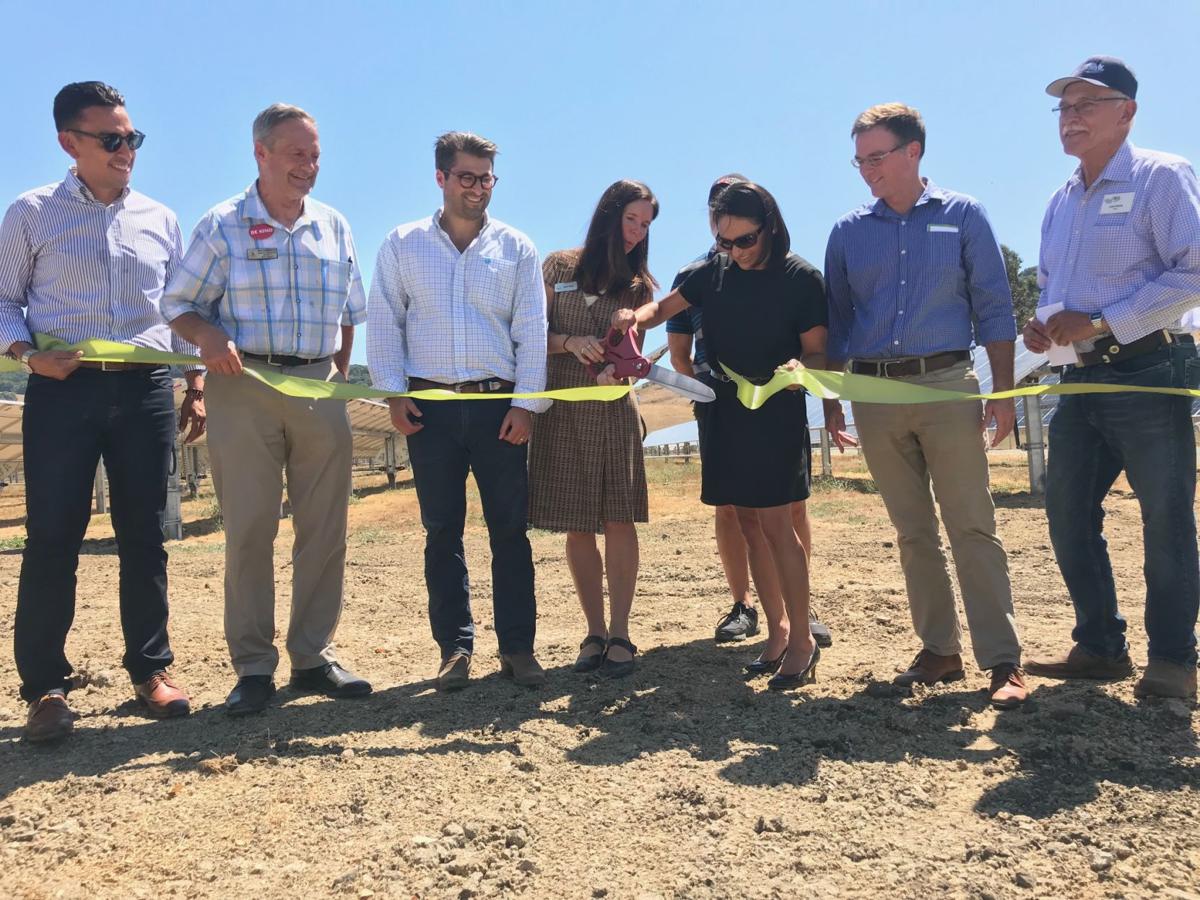 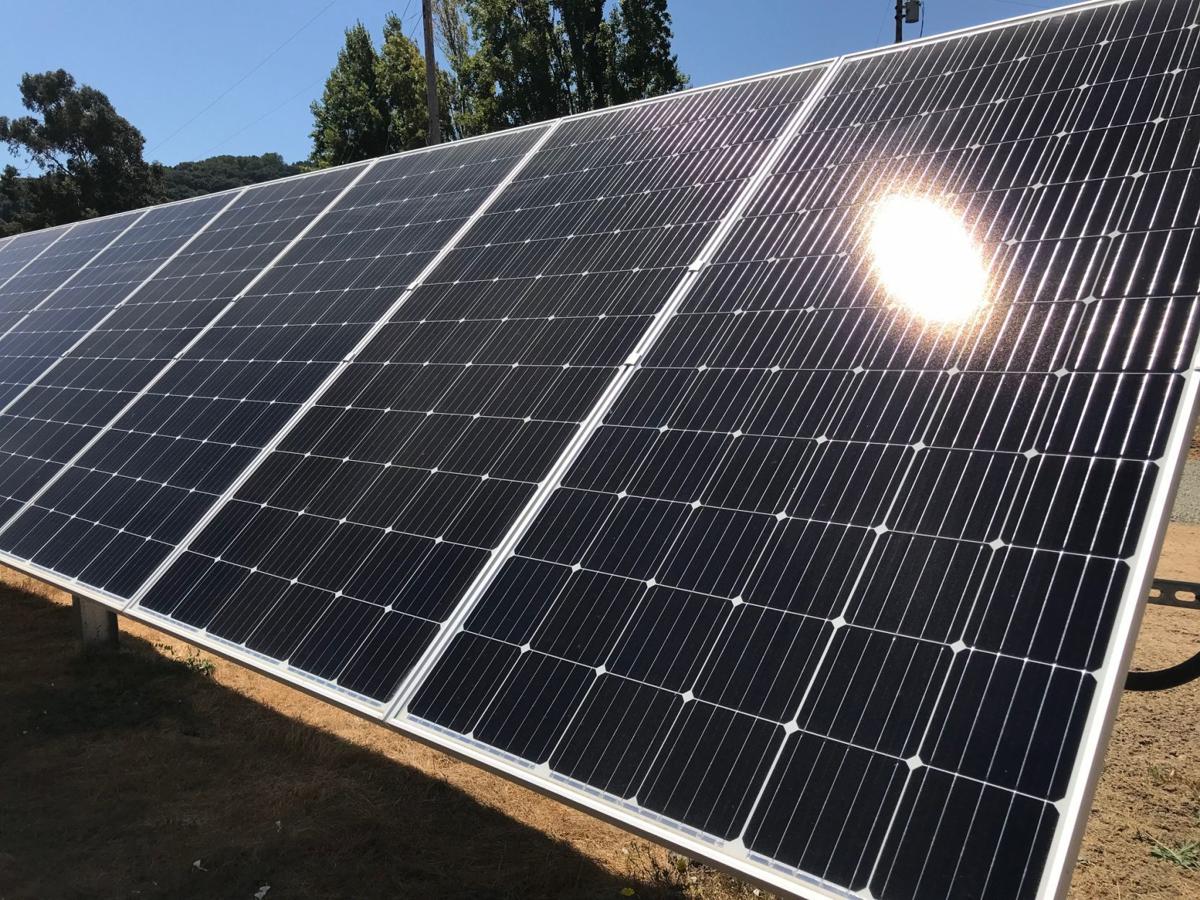 A new commercial solar farm is about to begun operation in American Canyon.

“Developing a small-scale solar facility is no easy task,” said Aaron Halimi, founder and president of Renewable Properties. Today, “we can see the work that has taken place and how close we are to turning the system on.”

MCE signed a 20-year power purchase agreement, with electricity going to homes and businesses in Napa County and the North Bay. The solar field was scheduled to begin generating energy on Friday.

Weisz noted that the American Canyon facility is Napa’s first feed-in tariff project, when the producer sells energy back to the grid.

The installation is “a tremendous improvement” towards sustainability, said Napa County Supervisor Belia Ramos, whose district contains the project.

The property, located at 2180 American Canyon Road, several miles east of American Canyon High School, below Interstate 80, had been owned by the Del Rio family since 1969. During that time, the site developed a history of code violations, including cockfighting.

In January, Renewable Properties, based on San Francisco, bought the 21-acre parcel for $2.75 million.

“It’s a win for all of us,” Ramos said. The solar farm “gives the site a new beginning. Thank you for choosing Napa,” she said.

On a day that reached close to 100 degrees, County Supervisor Brad Wagenknecht noted that signs of climate change are “loud and clear.”

He hoped that there would be more similar projects in Napa County’s future.

The American Canyon project is the first of five projects Renewable Properties has under development across Marin, Napa, Contra Costa and Solano counties, said Halimi.

Halimi also announced the relocation of the Palm Drive solar project in the Coombsville area to a site within a Napa County industrial park. That project should power 750 homes per year, he noted.

Founded in 2017, Renewable Properties specializes in developing and investing in small-scale utility and commercial solar energy projects throughout the U.S., said a news release.

Marin Clean Energy is a not-for-profit, public agency that began service in 2010 with the goals of providing cleaner power at stable rates to its customers and reducing greenhouse gas emissions.

Napa County is willing to have some utility-scale solar energy projects feeding the power grid, but not a sea of silicon panels marring wine c…

Explaining what MCE is all about

After “months of development, planning and preparation,” Renewable Properties hosted a ground breaking on April 5 for construction on the Amer…

Napa County approves what could be its first commercial solar farm

A bid to build Napa County’s first solar commercial farm won approval from the Napa County Planning Commission, with critics saying they will …

A proposed commercial solar energy farm near American Canyon will return to the Napa County Planning Commission on Wednesday.

Going green could save American Canyon a bundle, a contractor tells the city.

The city of St. Helena is switching to a "Deep Green" renewable energy portfolio. Residents can make their own choice.

A new commercial solar farm in American Canyon, next to Interstate 80.

A new commercial solar farm is about to begun operation in American Canyon.