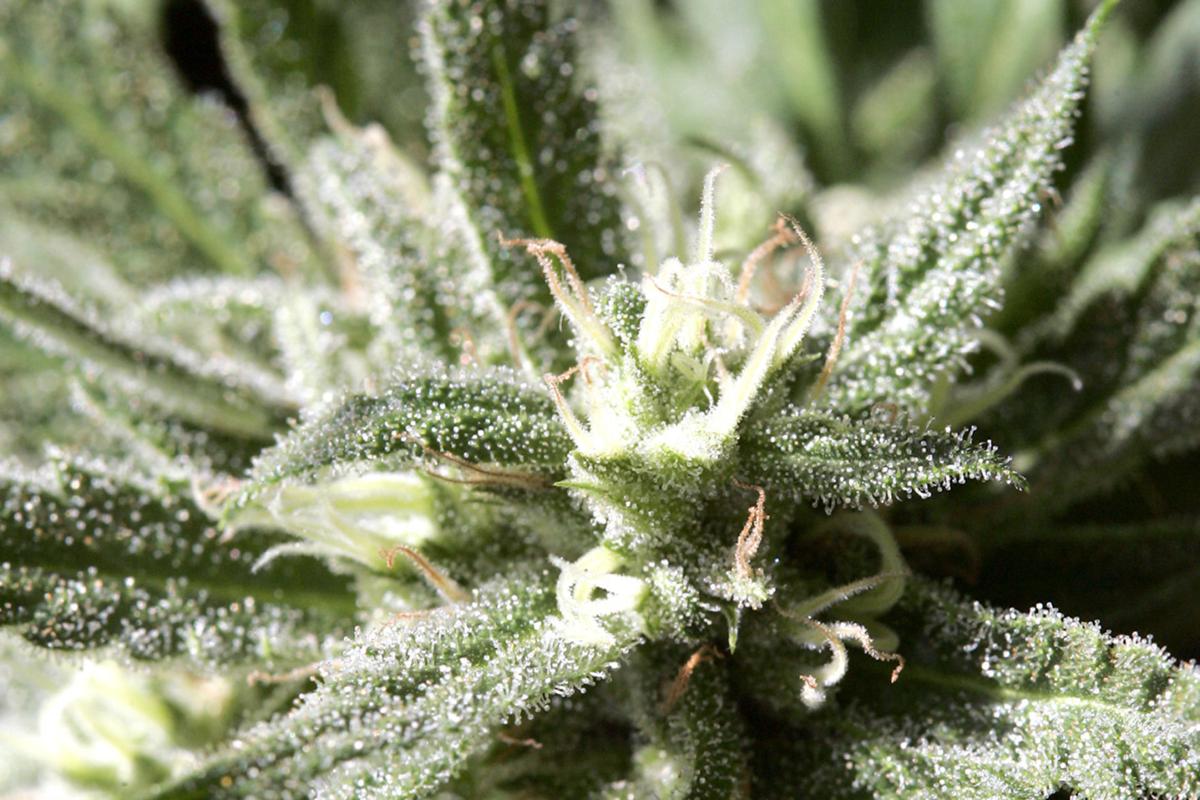 A bud on a marijuana plant grown for personal use in 2017 by St. Helena's Crane Carter, the president of the Napa Valley Marijuana Growers. 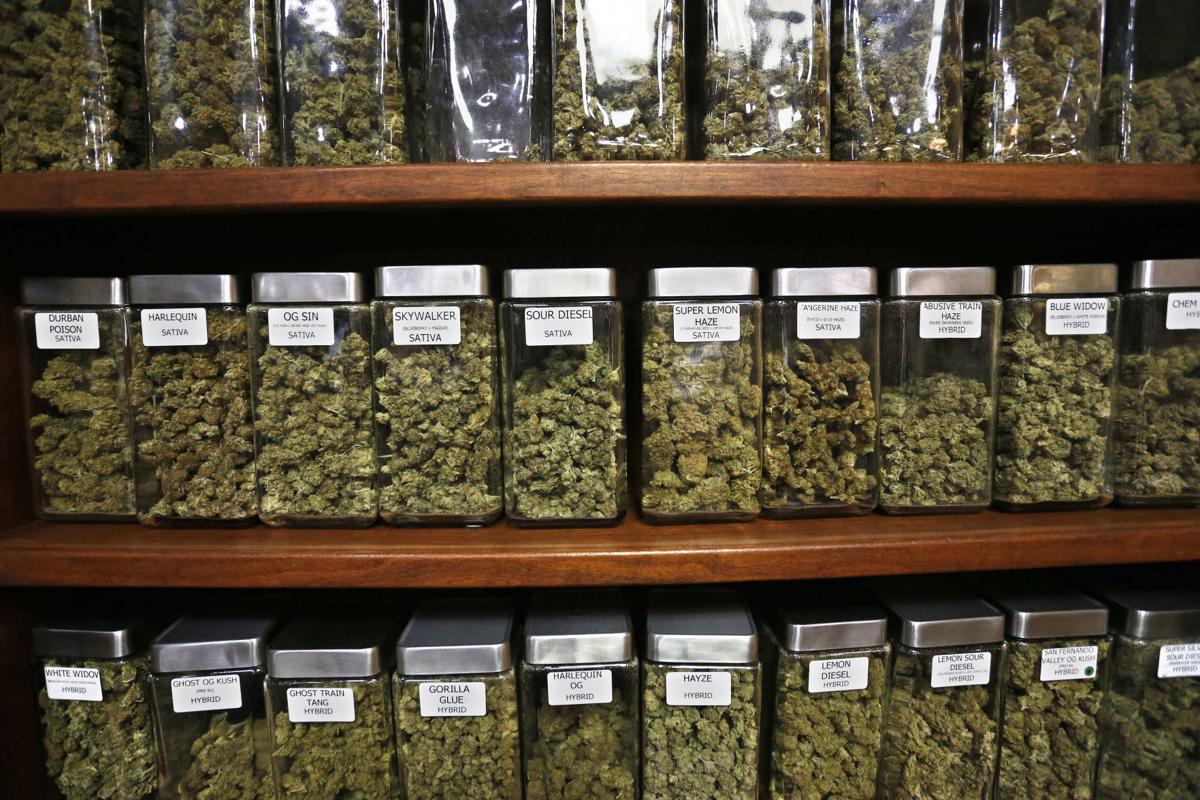 Glass containers display varieties of marijuana for sale on shelves at The Station, a retail and medical cannabis dispensary in Boulder, Colorado.

A bud on a marijuana plant grown for personal use in 2017 by St. Helena's Crane Carter, the president of the Napa Valley Marijuana Growers.

Glass containers display varieties of marijuana for sale on shelves at The Station, a retail and medical cannabis dispensary in Boulder, Colorado.

Cannabis is no longer confined to the Cheech & Chong stoner culture. Instead, the Napa Valley Cannabis Association, a nonprofit trade group established late last year, is seeking to portray the drug as a health, wellness and lifestyle product.

Anne Steinhauer owns a small consulting firm, 6539 Consulting, which has been hired to help grow the trade group “for people interested in growing, manufacturing, producing, distributing and delivering cannabis in Napa County,” she said recently.

“The idea is to do this in a very similar way to the (Napa Valley) high-end wine industry, being very protective about the name and cannabis being more about health and wellness and lifestyle than anything else. That’s what we’re focused on,” Steinhauer said.

Membership dues range from $1,000 to $10,000 a year, with affiliate members being charged $500. Currently, there are 15 members, of whom 11 serve on the board, including Eric Sklar, Rob Mondavi, Stephanie Honig and Denise Renteria.

“We want dispensaries, manufacturing, delivery and processing to take place in the cities. What we’re asking the county for is one acre per parcel to grow for commercial cultivation. That meets the state guidelines,” Steinhauer said.

She added that there’s a draft ordinance for commercial cultivation that’s currently being sent to various groups, including the Napa County Farm Bureau and the Napa Valley Vintners.

Patsy McGaughy, communications director for the Napa Valley Vintners, said the group has seen a draft of the ordinance. McGaughy said the NVV does not have an official position now on the ordinance or the commercial cannabis industry in Napa County in general.

Additionally, a task force of the NVV’s Community and Industry Issues Committee (CIIC) is working on behalf of the group “to monitor what is happening with the emerging commercial cannabis industry in Napa County and how it relates to the Napa Valley wine industry.”

“This will obviously take a while,” McGaughy said. “Given the complexities of the issue, we want to take our time and go through our normal, thoughtful process before making any recommendation.”

McGaughy responded in writing on June 29, the last day before she retired from the Napa Valley Vintners.

Today, there are a lot of possibilities to make money in cannabis, she said, but she doubts vintners would tear out an acre of vines to plant marijuana.

But if you have an open acre of land, you have the ability to make a lot of money by planting marijuana in the next couple of years, she said.

However, there are restrictions: The land cannot be adjacent to a vineyard because the organic sulphur that is safe to spray on a vineyard will contaminate a marijuana bud when it’s lit on fire; the marijuana will need to pass statewide testing to verify that it is a clean product before it can be taken to the market; and if it’s not tested clean, the law states that the crop has to be destroyed.

“My guess is that people interested in commercially growing cannabis are probably looking at areas that are outside the valley floor,” Steinhauer said, possibly in Pope Valley and near Lake Berryessa, as long as they have enough water to sustain the crop.

Once the crop is grown, tested to be clean and taken to the market, it will need to be sold to a distributor, who sells it to a dispensary. It’s a three-tier system, much like the wine business.

The federal government classifies cannabis as a Schedule 1 drug under the Controlled Substances Act of 1970. Twenty-one states allow medicinal use of marijuana; eight states, including California, have legalized it for both medical and recreational use.

California’s Proposition 64 legalized recreational use in 2016, allowing each local jurisdiction to craft its own regulations for growth and distribution.

Throughout Napa County, elected bodies are in different phases of regulating marijuana.

The City of Napa is expected to be the first, and possibly only, location where a marijuana dispensary is allowed, following the city council’s loosening of zoning regulations in June. Two people who have applied to open cannabis stores have won city acceptance. City officials estimate another four will apply for stores, which may open later this year. None of the storefronts are allowed in the downtown district. Dispensaries are allowed in areas zoned for office parks, light industry and medical offices.

In American Canyon in March, the city council extended its current moratorium on outdoor cannabis cultivation until November. At that time, the city’s new ordinance is expected to allow home delivery, indoor cultivation as well as manufacturing and testing in the Green Island industrial area. In February, the council decided not to allow dispensaries or outdoor cultivation.

In May, the Calistoga City Council split on deciding whether or not to increase the maximum number of marijuana plants allowed to be grown outdoors from two to six, which is the maximum number allowed by state law. The current ordinance allows two. A revised ordinance has yet to be brought to the council for consideration.

Sometime this month, the Napa County Board of Supervisors is expected to adopt an ordinance allowing residents in unincorporated Napa County to grow up to six marijuana plants either indoors or outdoors for personal use. Residents living within 300 feet of a school or park could grow only two plants.

Those growing cannabis outdoors will need a locking fence, may not grow it in their front yard or within 10 feet of a property line, and and can’t allow the plants to be visible from the public right-of-way. If passed, the ordinance would become law in August. Until then, growing marijuana outdoors is prohibited.

In St. Helena, the city council passed an ordinance in May 2017 that applied the city’s regulations on medical marijuana to recreational marijuana use. It also allowed marijuana deliveries. Outdoor cultivation and dispensaries are banned, pending further discussion.

For more details about the trade group, visit napavalleycannabisassociation.org.