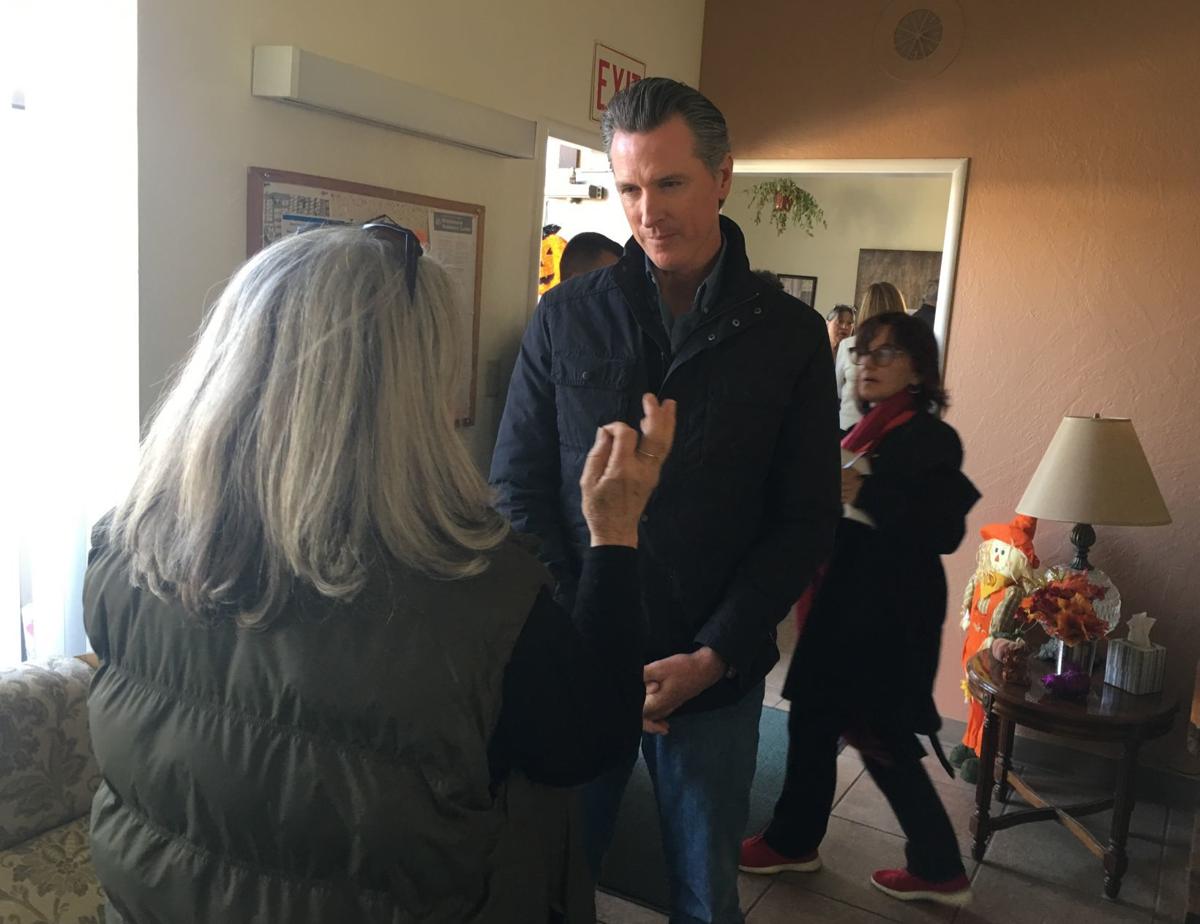 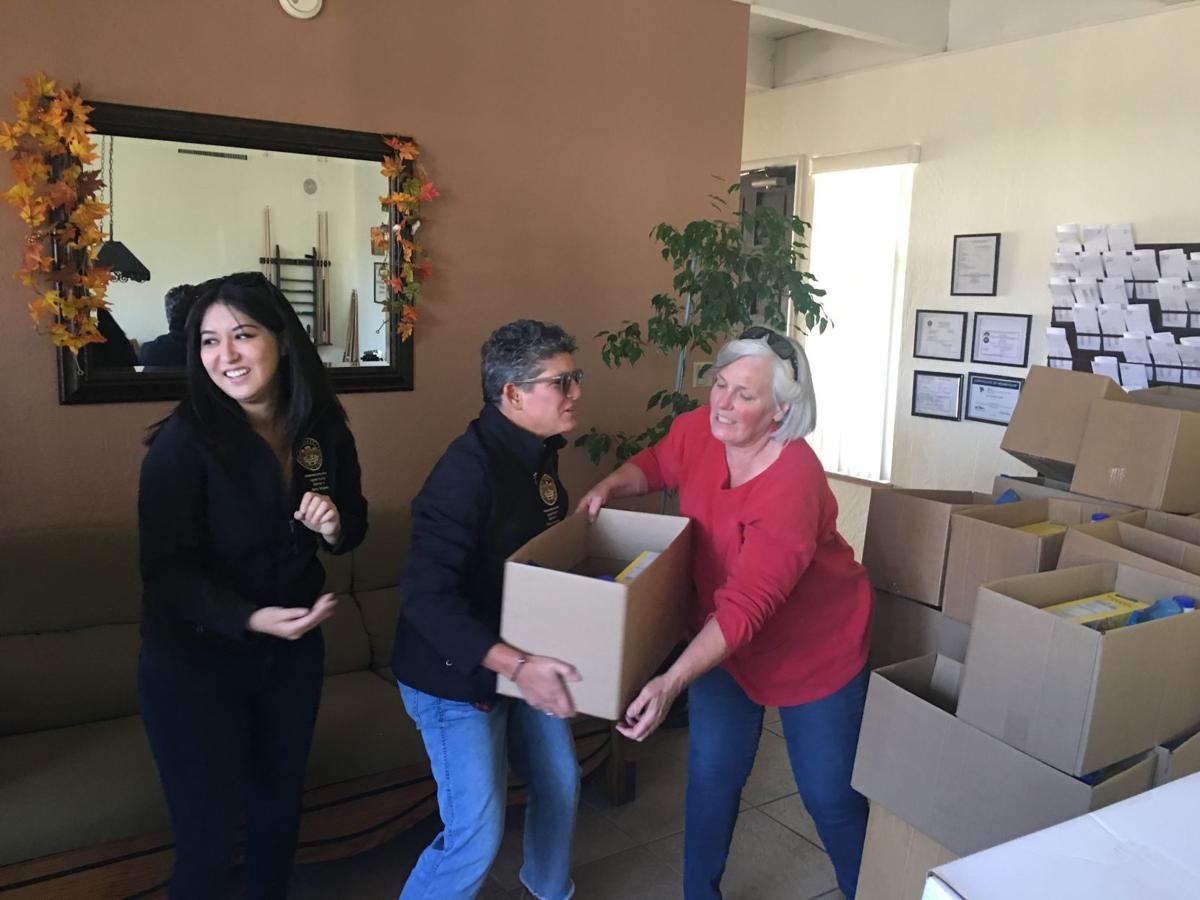 Newsom first visited the park on Saturday, just before a public safety power shutoff hit American Canyon. PG&E restored power Tuesday afternoon, a scenario played out all over the region, with some places facing longer blackouts.

“This is not the new normal. This cannot take 10 years to resolve. We will hold them accountable,” Newsom said at a news conference.

PG&E officials have said significantly improving all of the electrical infrastructure to better withstand wildfires could take a decade.

Taking questions, Newsom addressed whether the state might take over PG&E. He said all options are being considered, but stopped short of embracing the idea.

Newsom highlighted resources available to those affected by wildfires and power shutoffs. For example, families enrolled in CalFresh that lost food are eligible for food replacement. Go to Response.ca.gov for details.

He took a question about the loss of cellphone service during wildfires and other emergencies. He has talked to T-Mobile and AT&T leaders about having backup equipment and hardening infrastructure, Newsom said.

“They have been very successful, let’s tell the truth, about killing legislation requiring them to do certain things ... This is an area that is ripe for reform and we’re going to hit it hard,” Newsom said.

He also talked about positives, including what happened at Las Casitas mobile home park during the public safety power shutoff.

“You talk about communities, and then you can talk about this community, the mobile home park, where neighbors are helping neighbors,” Newsom said.

Community Action of Napa Valley came to hand out food boxes to Las Casitas residents before and after Newsom’s arrival. Food Bank Program Director Shirley King called it an “emergency distribution” because of the power shutoff that spoiled refrigerated food.

Resident Katherine Burnett took a box with milk, plums, apple sauce, toasted oats cereal and other items. She said she only had $4 left on her CalFresh food assistance card.

Resident Bili Turner took Burnett’s box back to her mobile home. He said some residents have mobility issues, so he was there to help.

He also took a box.

“What I can’t use, I will give away to people who can’t get here,” Turner said.

She wasn’t going to be among the first taking a food box. This is the end of the month, so some residents could be short on money, she said.

“If there’s somebody who needs it worse than I, I can wait,” Kuhl said.

Gov. Gavin Newsom visited Napa County, where he spoke about a state effort to help medically vulnerable people during power shutoffs and chatt…

What's next for Napa with PG&E public safety power shutoffs?

Napa officials are unanimous that Pacific Gas and Electric has to do better to manage shutoffs during high winds.

Help us carry on emergency communications

The Silverado Amateur Radio Society (SARS) may no longer have a space in which to hold its monthly meetings. That would inevitably lead to a d…

A company that illegally established a staging area for PG&E line repair will move on.

The economic toll of the coronavirus pandemic has spurred a record surge in the number of applications for CalFresh, the state's food stamp program.