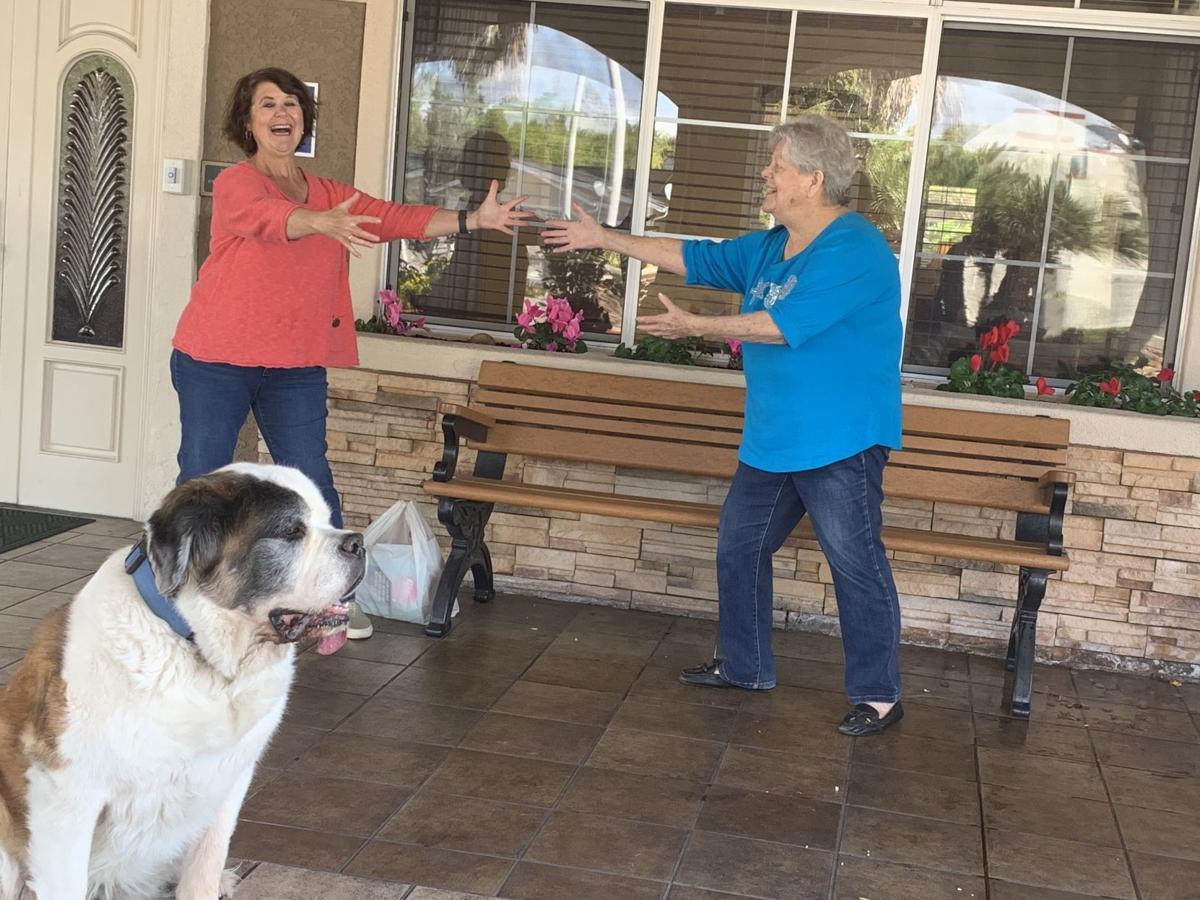 Shelley Guthrie, pictured here with her mother, right. Both became sick with the coronavirus in late April, though Guthrie's mother remained largely asymptomatic and recovered more quickly than she did, the daughter said. 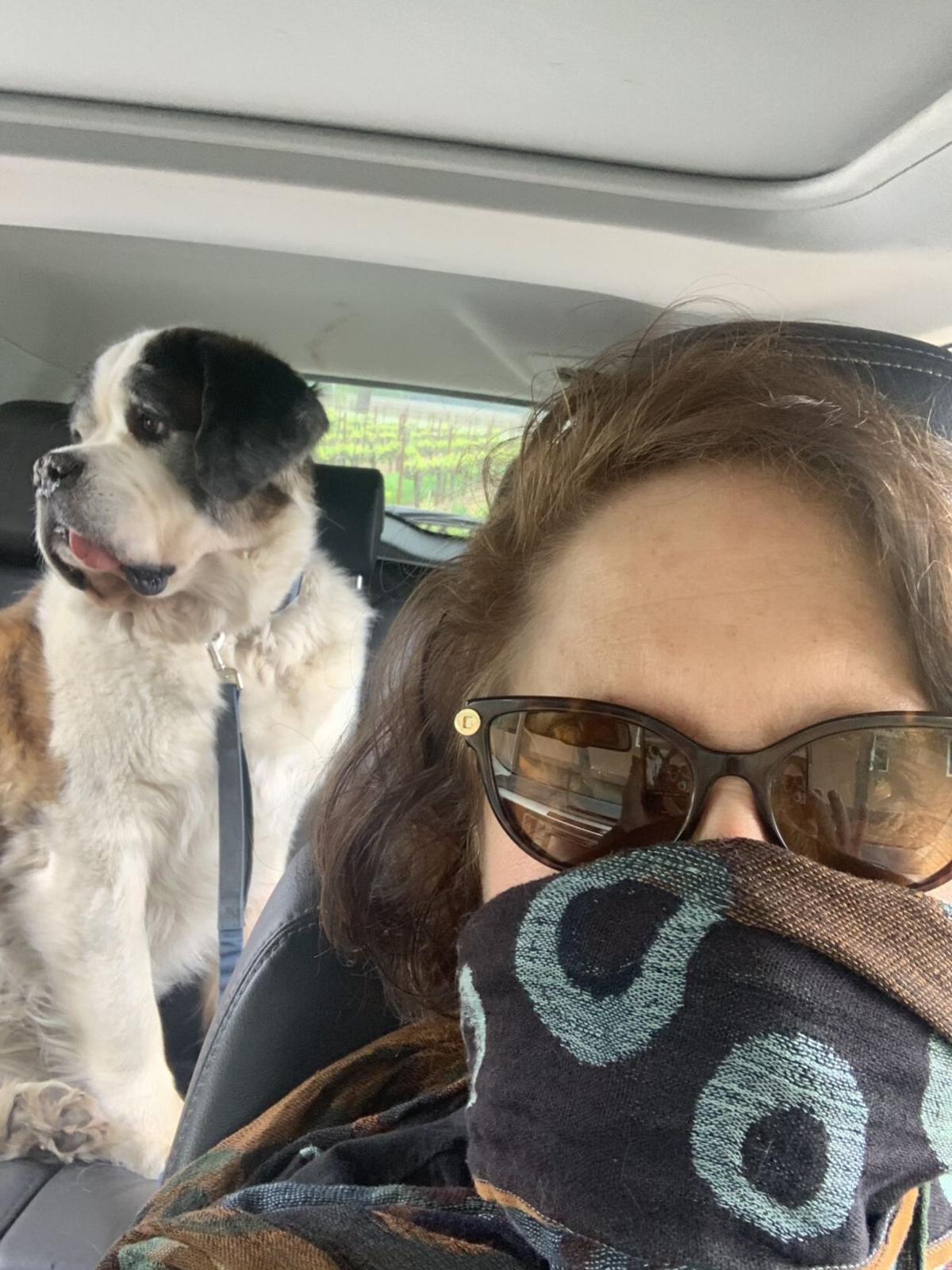 Shelley Guthrie, pictured here with her dog, spent almost two months fighting off COVID-19 and residual side effects of the disease. 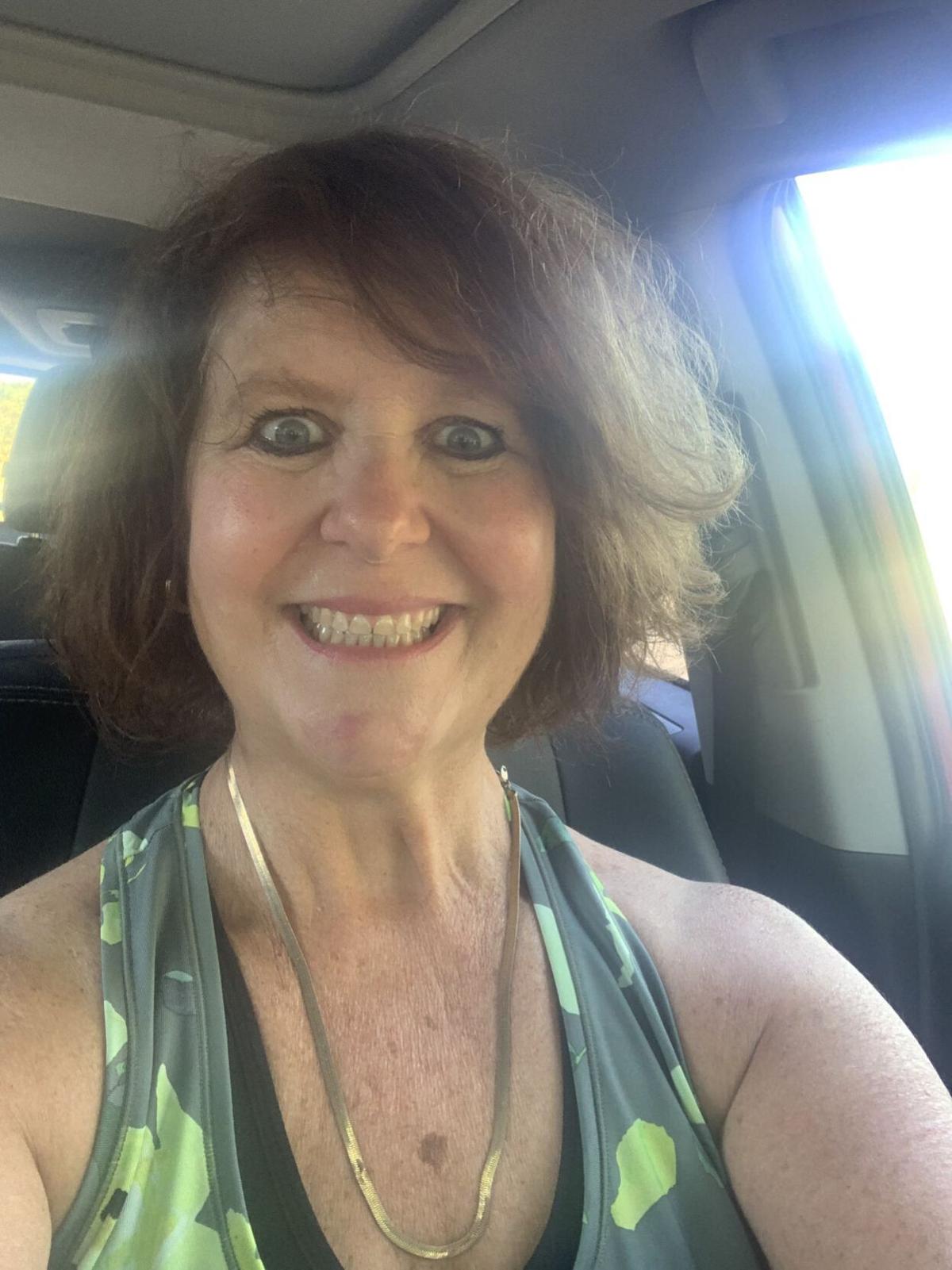 The moment Shelley Guthrie awoke on April 30, she instinctively knew she had COVID-19.

The 57-year-old south Napa resident had spent the previous week taking care of her elderly mother. Guthrie and her sister, who live in the same apartment complex, turned on the news in late March to find their mother’s Pleasant Hill assisted living facility in the headlines – for being a COVID-19 hotspot.

“For some reason, we didn’t receive the email about that going on,” Guthrie said.

Her mother tested negative repeatedly and showed no symptoms of the virus. But the two sisters remained concerned, and together they applied for permission from Contra Costa and Napa counties to transfer her out of the facility and into Guthrie’s townhouse.

Her mother, who has mild dementia, moved in toward the end of April. For a few days things went smoothly, but then her mother began to experience bouts of diarrhea and some confusion – two senior-specific COVID-19 symptoms not well recognized at that time.

Guthrie’s mother was still observably well—she had no temperature or other symptoms. Guthrie took her to Queen of the Valley Medical Center, wondering if her confusion might have been caused by another infection or by dehydration. At the end of their visit, hospital staff “threw in a COVID test,” Guthrie said, even though her mother wasn’t technically eligible for one.

It came back positive.

Guthrie’s mother returned to the assisted living facility to undergo a two-week isolation; Guthrie returned to her own home to quarantine, as did her daughter and two of the family’s friends who had been staying in the house.

Then came the sore throat and low-grade fever. Guthrie, a former recreational therapist, tested negative for COVID-19 at St. Helena hospital. A nurse told her she believed it was a false negative and advised her to get retested within the week.

“I started doing self-isolation, and then of course all my symptoms got worse,” Guthrie said. She got tested again May 5; the results came back positive five days later.

Her sickness came in stages: first a wave of terrible body aches, fevers and lethargy. Sometimes she didn’t even have the energy to shower. Making it to the kitchen from the second floor was a triumph.

She began to recover, but was soon hit with another symptom: inflammation of the mouth. Guthrie’s gums were dark red, she developed cold-sore-like bumps, and it hurt to swallow or chew.

Two weeks after Guthrie’s symptoms began, on May 14, Napa County Public Health declared her no longer contagious. She left her home for the first time to get groceries and take her dog to the dog park.

The third phase of the virus set in shortly after Guthrie was cleared. She suddenly developed the classic set of symptoms: a cough, pain in her chest and trouble breathing. A doctor, via telemedicine, prescribed her antibiotics, and told her to use an oximeter to monitor her own oxygen levels. If Guthrie saw a level at 92 or below, she was to rush herself to the hospital.

For the next five days, Guthrie’s oxygen levels hovered at 94 and 93.

“I didn’t let on to anybody else that it was as low as it was,” she said, though she did tell a close friend in nursing who checked in with Guthrie every couple of hours. “I prayed a lot, and then I just kept telling myself – it’s not going to go down; it’s not.”

It didn’t. Slowly, she began to breathe better, though in June she found that even remedial physical activity – slowly walking up a short flight of stairs, or taking her dog on a short walk – made her heart rate spike so high it made her dizzy. She underwent a number of tests, including an echocardiogram. The results came back normal.

Friends and family checked in on Guthrie regularly; they brought her groceries, called to talk and arranged for Napa Valley New Deal, a local non-profit, to bring her meals while she was too weak to cook for herself.

She began to feel herself in mid-June. Her endurance isn’t quite where it used to be, Guthrie said. That’s a challenge to her, as someone who frequented the gym pre-pandemic and loved to go on long walks. She’s gradually pushing herself to walk longer and faster, though still finds she’s not back up to pre-COVID speed.

Once fully recovered, Guthrie went to see her daughter, who lives in North Carolina. She’s continuing to take every precaution she can; experts have voiced uncertainty over whether survivors’ antibodies make them permanently immune to the disease.

Guthrie says one positive thing has arisen from her ordeal: a chance to help others. She’s arranged to donate her plasma in hopes of assisting others in the middle of their fight against COVID-19.

So many things about the disease remain a mystery to her: why her mother, at 81, was asymptomatic, while Guthrie was hit hard; and why none of her mother’s other close contacts contracted the disease. Still, she’s glad to be well again.

“Be ultra-aware and seek treatment if you think something is odd about your body. You may not have all the typical symptoms,” Guthrie advised. “It’s very real. Take it seriously.”

The Napa Valley Unified School District will likely start the fall semester with remote learning only on Aug. 20.

BottleRock Napa Valley reschedules for 2021 due to COVID-19

Because of state health orders, BottleRock Napa Valley has canceled this year's festival and plans to return on Memorial Day weekend 2021.

Golf: 2020 Safeway Open will be held without fans in attendance

The Safeway Open will still take place at Silverado Resort from Sept. 10-13 but fans will not be allowed to attend.

Napa County has reported three COVID-19 deaths since Friday after going a month without any.

Shelley Guthrie, pictured here with her mother, right. Both became sick with the coronavirus in late April, though Guthrie's mother remained largely asymptomatic and recovered more quickly than she did, the daughter said.

Shelley Guthrie, pictured here with her dog, spent almost two months fighting off COVID-19 and residual side effects of the disease.