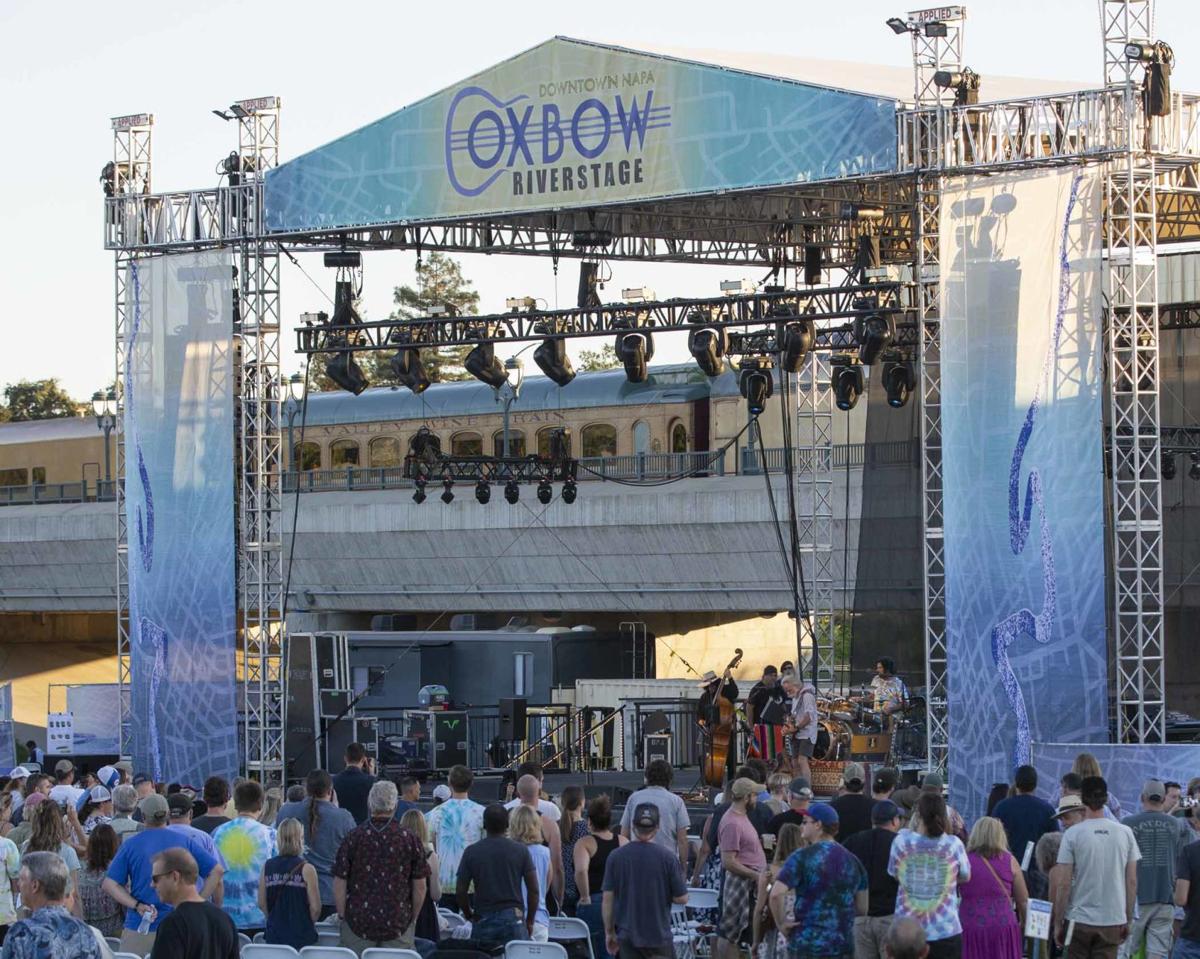 Although the first three concerts schedule for the Oxbow RiverStage 2020 series have been postponed until 2021, the remaining concerts are still going forward, for now, depending on the state of the coronavirus pandemic. 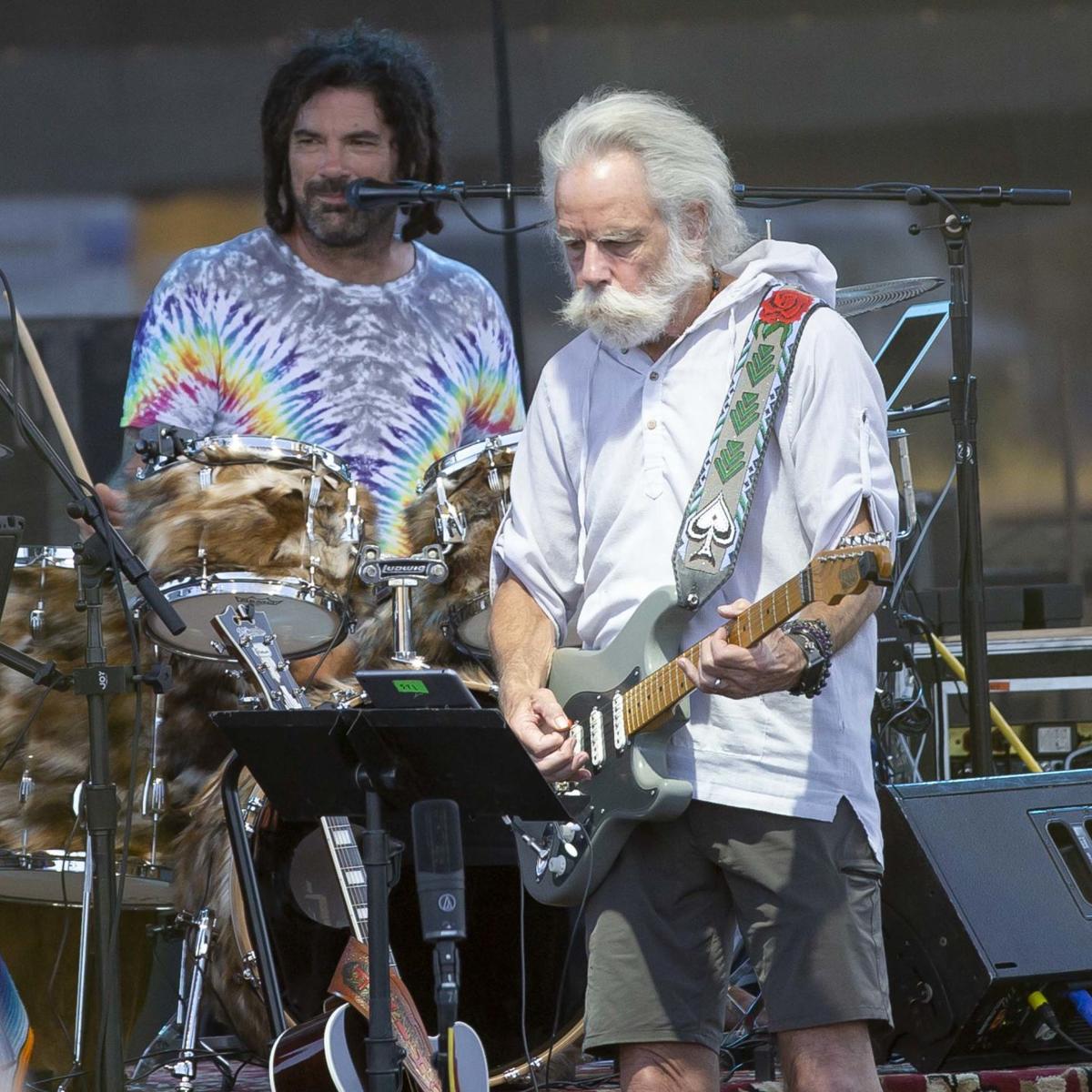 The shows will go on in downtown Napa’s largest park for another summer.

Organizers of a concert series that debuted this year at the Oxbow Commons will mount a second slate of shows in 2020, after the City Council on Tuesday approved extending Napa’s contract with Mad Dog Presents.

The Oxbow RiverStage series, a partnership that also includes Another Planet Entertainment and Blue Note Entertainment Group, will again include a mix of ticketed and free performances on a 60-foot square stage within the Commons, the downtown green space that doubles as a Napa River spillway in the winter months.

All five council members voted in favor a second concert season following this summer’s debut of the RiverStage, which featured performances by the Steve Miller Band, Bob Weir, The Roots and the B-52s. The Commons also paid host to its first free concert last month, although a second performance planned for Oct. 27 was canceled due to a power shutoff by Pacific Gas and Electric Co. to reduce the risk of fires during a windstorm.

The RiverStage marked the local debut in the outdoor concert business for Ken Tesler, director of Mad Dog Presents and managing partner of the nearby Blue Note Napa venue. Although the 2019 concert slate was shortened from the originally planned 15 dates and its start delayed from June to August, Tesler called it useful training to improve the parking, access and noise-control arrangements around the downtown park.

“We’ve gotten a lot of feedback about this mini-season, which will be tremendously beneficial going forward,” he told council members. “We like to walk before we run.”

Napa’s agreement for 2020 will call for a ratio of free to ticketed performances between June and October rather than a fixed number of each, requiring one free concert for every three paid shows. The city will collect $1 from every ticket priced up to $29, $2 on each ticket between $30 and $59, and $3 on passes costing $60 or more, according to Recreation Manager Katrina Gregory.

The RiverStage’s inaugural season returned $27,838 in fees to the city, including shares of ticket and concession revenue, Gregory said.

The series received a thumbs-up from one Napa resident who attended two of this year’s Oxbow concerts without enduring his typically lengthy trip to concerts out of the area.

“It’s nice not to have to drive to San Francisco or Oakland or San Jose to see major-name acts,” said Robert Doughty. “I go to many concerts every month, and it’s nice to spend my money in Napa. I got to park for free downtown and walk to the show.”

“I remember downtown Napa when it was a ghost town 20 years ago, so it’s really nice to see that.”

Ross Rubin, lead singer of the band Jealous Zelig, credited the RiverStage with providing local musicians another professional-quality showcase for both their art and the downtown businesses that profit from thousands of concertgoers.

“Napa further enhances its reputation as a visitors’ destination every time we support the arts in this town,” said Rubin, whose band played at the RiverStage’s first free event Oct. 13.

Since opening in 2015, the quarter-mile-long, 300-foot-wide Oxbow Commons has become the locale for a variety of dry-season public gatherings in downtown Napa. Festivals including the Napa Bike Fest, Earth Day celebration and the Napa Humane Walk for Animals have relocated to the greensward from elsewhere in the city center, and the park also has hosted Napa Valley Jazz Getaway concerts.

Summer and fall just got even more musical in our town. Oxbow River Stage, a new 4,000-capacity outdoor venue at Oxbow Commons in downtown Nap…

Oxbow RiverStage’s 2020 season, which runs from June through October, will feature up to 15 ticketed and five free concerts.

Although the first three concerts schedule for the Oxbow RiverStage 2020 series have been postponed until 2021, the remaining concerts are still going forward, for now, depending on the state of the coronavirus pandemic.