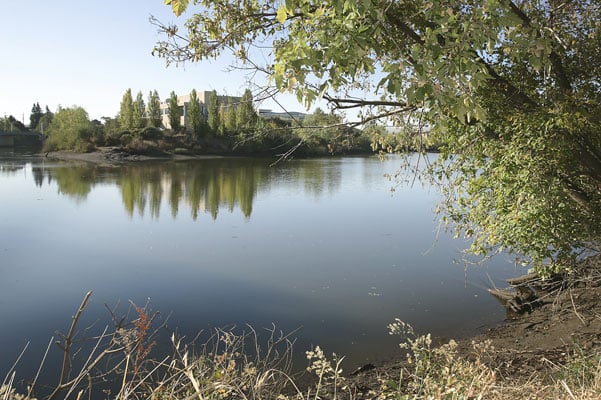 Copia is seen across the Napa River from the Oxbow Preserve Restoration Project which recently opened to the public. Along with many native plants and trees, the park has numerous walking paths throughout the 13-acre site. 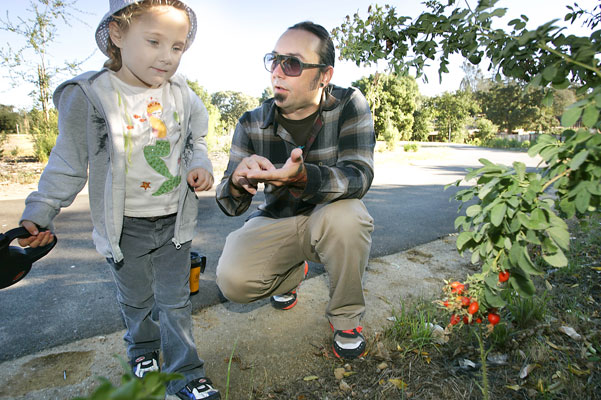 Clay Newton, right, pauses along the trail and shows his daughter ZZ Newton, 3, a rose hip from a California rose plant at the Oxbow Preserve on Thursday morning. The 13-acre park recently opened off of Silverado Trail across from Copia. J.L. Sousa/Register photos 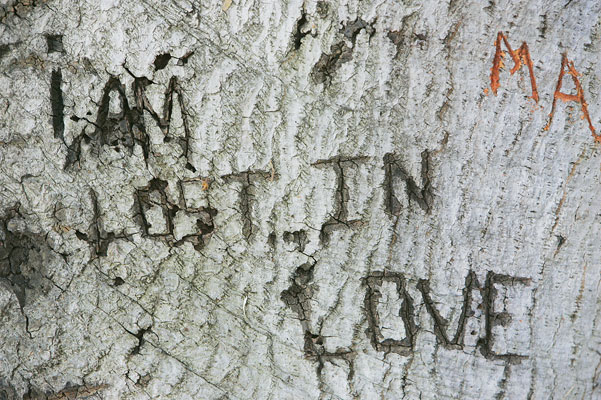 A message carved into the trunk of a tree at the Oxbow Preserve which recently opened off of Silverado Trail across from Copia. 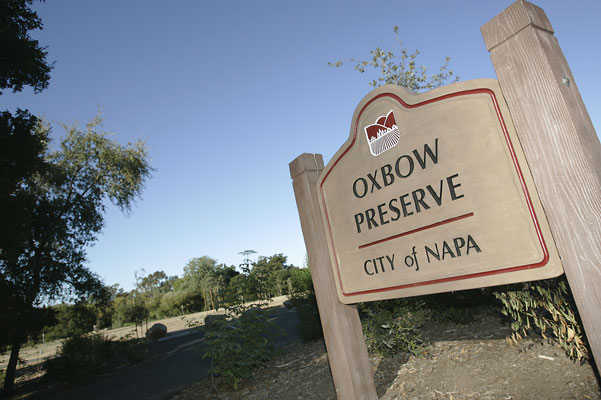 The Oxbow Preserve Restoration Project, located off Silverado Trail overlooking the Napa River, has recently opened to the public. The park features many native plants and trees on its nearly 13 acres.
By KEVIN COURTNEY
Register Staff Writer

Napa’s newest park is a nature preserve, which sounds a tad dull. Who invites sedges and mugworts — two of the preserve’s most common native plants — to a party?

The reality of the Oxbow Preserve is anything but.

Visitors get to explore a 13-acre Napa River peninsula featuring a mysterious box elder seep, a sliver of sandy beach suitable for tanning, backside views of Copia and the Westin Verasa hotel, and if that’s not enough, there’s Bob the rhinoceros.

Nearly a decade in the planning, the Oxbow Preserve opened two weeks ago, giving Napans rare access to river habitat in the heart of town.

When the city purchased the property from Napa’s Giovannoni family in 2004 for $1.5 million, the site was a jungle of construction debris and invasive plants where homeless camped.

The property had been used in the early 20th century as a dump and sand quarry. Because the site flooded regularly, developers had stayed away.

Using state grants, the city sponsored a $1.3 million makeover of the property.

Vast amounts of non-native shrubs and trees were removed, the land reshaped, some 9,000 native plants planted, trails and a parking lot built and McKenzie Drive, the vehicle entry, repaved from Silverado Trail.

After parking in a 9-space lot ringed with large rocks from Syar’s local quarry, visitors pass between stone sentinels decorated with the park’s version of the Nike swoosh.

Dave Perazzo, the city’s parks superintendent, showed off the Oxbow Preserve Thursday morning. The grassy upper terrace, now dotted with 12-foot live and valley oaks, was a thicket of fennel 18 months ago, he said. The park you see today “is a totally different place.”

The city paved the parking lot and a 10-foot-wide trail that loops through the park, giving access to people with physical handicaps, Perazzo said. Rough gravel pathways descend toward the river’s edge.

Except for a few iconic eucalyptus, virtually all the trees are now natives, including black walnut, blue oaks and the box elders that shade the murky, algae-covered seep.

The general contractor, Hess Concrete Construction Co. of American Canyon, worked from a master plan created by SWA Group of Sausalito. The plantings were chosen by Chandler and Chandler landscape architects of Napa.

Soil from one part of the preserve was relocated to even out the upper floodplain terrace, burying roots of non-natives under several feet of new dirt, Robin Klingbeil, the city’s project manager, said.

New plantings were watered for a year before the city opened the park to the public.

An underground irrigation system will water many of the larger trees for another year to help them get established, Perazzo said.

Contrary to the original plan, all 13 acres are open for exploration.

The city had originally planned to keep the more delicate marsh areas off limits, except for group tours.

Keeping the public out would have meant constructing a fence, which would have been a flood hazard and diminished the nature experience, Klingbeil said.

Except for the chirps of birds and scrambling squirrels, the park was an oasis of quietude Thursday morning, awaiting its first explorers.

Soon, Clay Newton, clutching his morning coffee, and his 3-year-old daughter ZZ, holding the leash to Oliver, an English bulldog, walked in.

“It’s a cool space,” said Newton, an Alta Heights resident who had visited the park every day this week. “It gives you a feeling of walking in nature.”

Newton said he liked the fact that the Oxbow Preserve doesn’t have manicured lawns.

The rough side trails give the appearance of being far from downtown, he said.

He first visited the preserve on a foggy morning. At the north end, he froze in his tracks when he spied what appeared to be a grazing rhino.“I couldn’t tell if it was real or not. I was scared,” he said.

Newton had stumbled upon Bob the Rhino, an ornamental plastic replica owned by an adjacent property owner.

The park can be approached by canoe and kayak or biked to, which is why the parking lot is only nine spaces, Perazzo said. More parking means less park, he said.

The city will be teaming up with Friends of the Napa River to help to maintain the park.

This may mean periodic work parties to root out the return of the non-native species, Perazzo said.

City park maintenance workers will receive special training on how to differentiate a native from a non-native, he said.

Other city parks, including Westward Hills, Alston and Timberhill, offer nature experiences, but only Oxbow Preserve is committed to keeping out non-native flora, he said.

The city will be preparing handouts so park users can appreciate the park’s ecological niches.

The total cost of acquisition and development was $3.7 million.

The city spent $970,000 in park fees paid by developers, with the rest coming from state urban stream and parkway grants.

The park is open from dawn to dusk. There are no restrooms.

Dogs must be on a leash.

Copia is seen across the Napa River from the Oxbow Preserve Restoration Project which recently opened to the public. Along with many native plants and trees, the park has numerous walking paths throughout the 13-acre site.

Clay Newton, right, pauses along the trail and shows his daughter ZZ Newton, 3, a rose hip from a California rose plant at the Oxbow Preserve on Thursday morning. The 13-acre park recently opened off of Silverado Trail across from Copia. J.L. Sousa/Register photos

A message carved into the trunk of a tree at the Oxbow Preserve which recently opened off of Silverado Trail across from Copia.

The Oxbow Preserve Restoration Project, located off Silverado Trail overlooking the Napa River, has recently opened to the public. The park features many native plants and trees on its nearly 13 acres.
© Copyright 2021 Napa Valley Publishing, 1615 Soscol Ave. Napa, CA | Terms of Use | Privacy Policy | Do Not Sell My Info
Powered by BLOX Content Management System from TownNews.com.
You don't have any notifications.