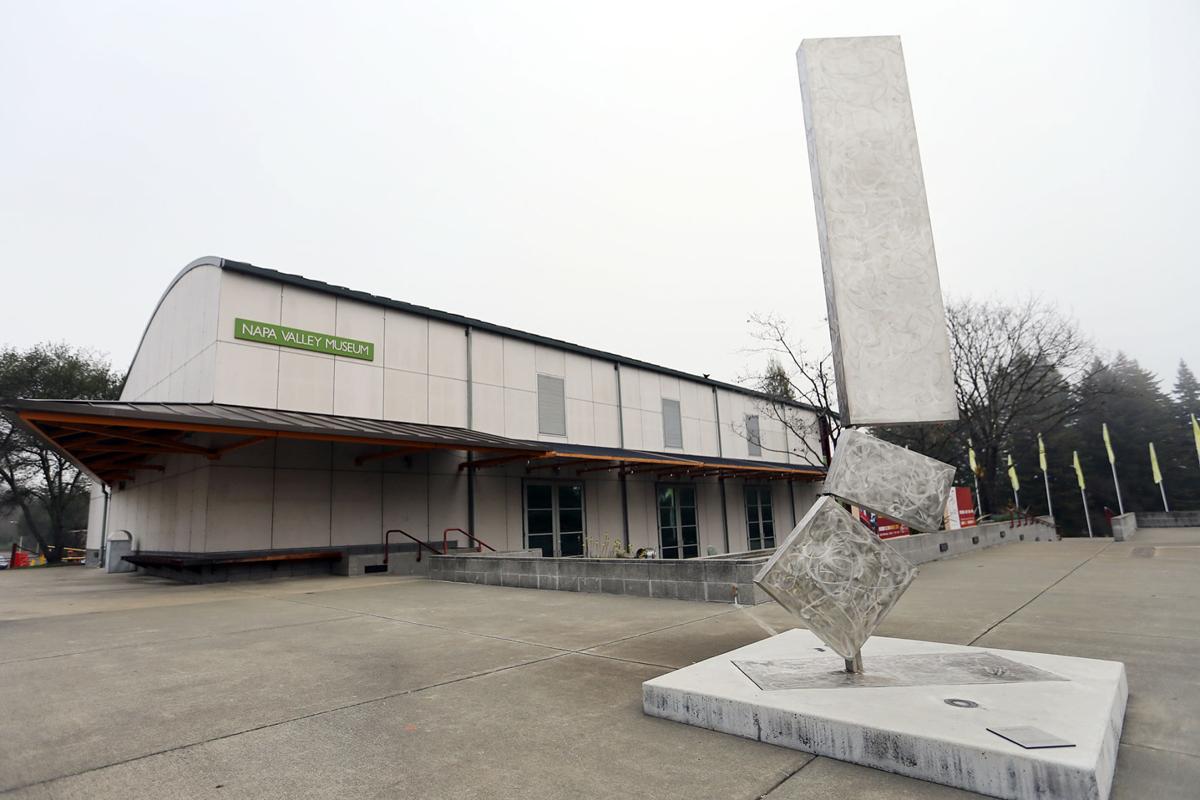 The closure to visitors of the state-owned Veterans Home of California in Yountville since March 2020 has prevented the Napa Valley Museum from advancing plans to welcome back visitors, despite the recent loosening of rules governing public gatherings in Napa County. 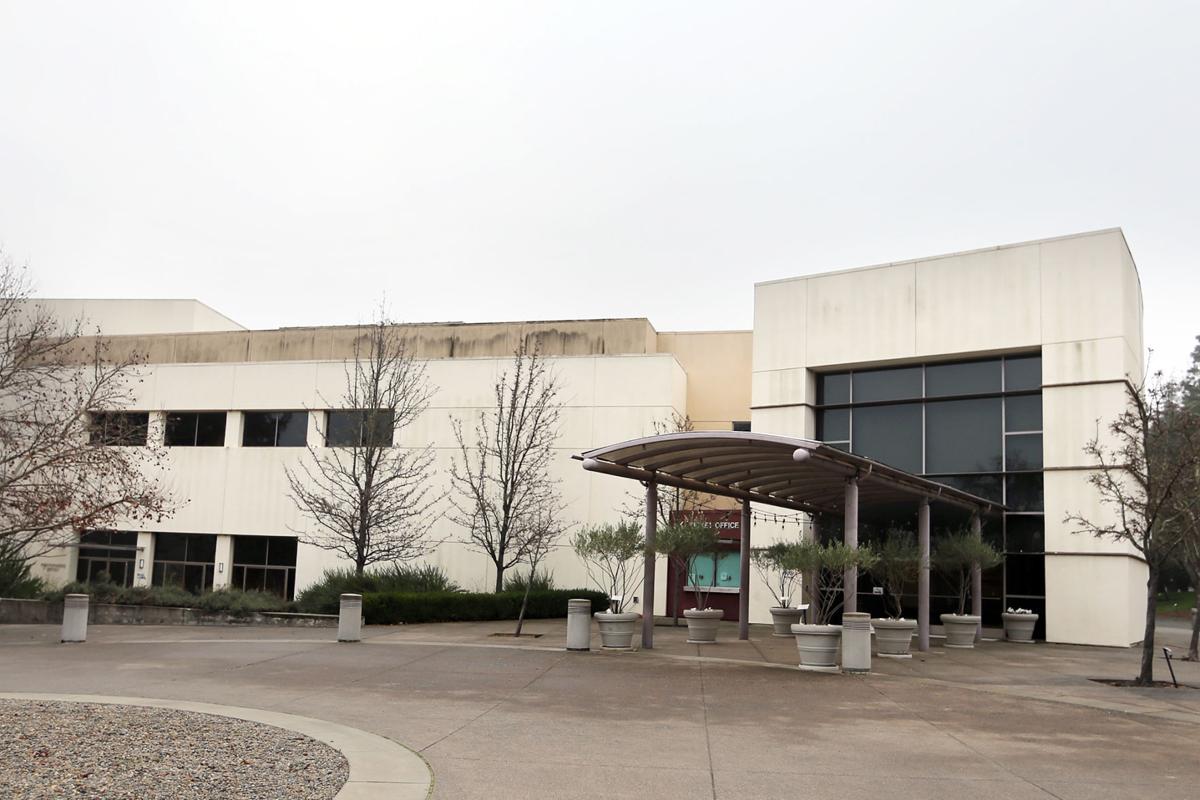 The Lincoln Theater, on the grounds of the Veterans Home of California in Yountville, has been closed since CalVet blocked most visitors from the campus in March 2020 early in the coronavirus pandemic.

More than a year into the coronavirus pandemic, some of the Napa Valley’s gathering places have finally been able to reopen, or at least look ahead to welcoming visitors back. But two attractions in Yountville remain on hold, unable to open their doors to visitors until their state-owned host, the Veterans Home of California, gives them the go-ahead.

The campus that is home to more than 700 military retirees and spouses sealed itself off in March 2020, as California imposed a sweeping shelter-at-home order in an effort to slow the onslaught of COVID-19. Ever since, a checkpoint on California Boulevard, the roadway carrying traffic from Highway 29 into the Veterans Home, has enforced a lockdown that for months kept out even most family members of the complex’s senior population, who were among those most vulnerable to serious illness and death from the virus before the deployment of vaccines in the U.S. earlier this year.

Also kept at a distance, however, were those who might have taken in concerts at the Lincoln Theater or strolled past exhibits inside the Napa Valley Museum. Both venues remain off limits even as a steady fall-off in COVID-19 infections has led to looser rules on business openings, and a promise of a wider-ranging easing of the rules for public gatherings across California starting June 15.

Directors of the museum and theater last week described the barriers to the long-awaited return of visitors, an effort they said has run aground on the state Department of Veterans Affairs effectively holding the whole Veterans Home property to the same safety standards as a medical facility – including the screening of each person entering the grounds.

“We are fully at the mercy of CalVet and their guidelines,” said Michael Madden, chief executive of the Napa Valley Performing Arts Center at Lincoln Theater. “Our staff as well as our volunteers have not been in the theater since March 2020. Reopening the theater is going to take a monumental effort, and it’s been impossible to schedule or time it without clear direction.”

The checkpoint, and still-strict entry rules, have become a snag in efforts to revive the Napa Valley Museum as tourists start trickling back into wine country, according to the museum’s executive director Laura Rafaty.

“We want to support efforts to keep the population safe, and at same time we (at the museum) are not a skilled nursing facility,” she said last week, describing a rejected plan to bring back one staff member for a limited reopening that would have started last Friday. "We’re hoping to work with them down the road to more narrowly define what area they need to protect.

Groups with leases at the Veterans Home property are required to screen their visitors by taking their names, checking their temperatures and asking health screening questions, according to Lindsey Sin, spokesperson for CalVet, which operates Yountville and seven other retirement centers across the state. In addition to the theater and museum, the entry rules apply to those going to Cleve Borman Field, the baseball stadium on the campus that reopened April 18, she said in an email Friday.

“These are the same requirements for any lessees whose patrons enter our property and have access to the areas frequented by the residents in our care,” said Sin of the home, which includes a skilled nursing center inside the former Holderman Hospital building. “Use of these screening protocols stems directly from the requirements of our licensing agencies and the guidance of state and national public health officials. We know from experience over the past year that those who inspect our properties expect us to conduct these procedures and retain records of compliance with our mitigation plans.”

A Junior Livestock Auction in July, and a carnival in late June, could become the Expo's first in-person summer events since before the COVID-19 pandemic.

Except for the relatives of residents in hospice care, all visitors were barred from the Veterans Home site in the first wave of coronavirus shutdowns last year. Currently, residents’ family members may visit only by appointment, and must go through the same checkpoint screening as home residents, employees, contractors, and vendors, according to Sin.

CalVet officials received a reopening plan from museum directors March 18, and replied that screening requirements would apply to it as well as the Veterans Home proper, according to Sin, who said the state agency is continuing to discuss reopening terms with the museum and theater.

Rafaty said the museum was preparing a soft reopening, initially accepting guests five hours a day from Friday to Sunday, and had installed Plexiglas screens and hand sanitizer stations to improve safety.

According to Madden, the Lincoln Theater took its first steps toward a possible reopening late last year when it explored mounting its traditional December performances of the Tchaikovsky ballet “The Nutcracker,” but a spike in local coronavirus cases in November and December led Napa County to revive stricter social distancing rules that made live performances impossible.

Current Napa County regulations probably would allow the 1,200-seat theater to mount shows at half capacity were it not on state property, Madden estimated. But even if CalVet were to immediately allow the venue’s reopening, he added, the screening requirement would make performances impractical even with smaller audiences.

“Sometimes I can wait at the gate for five or 10 minutes and there’s only two or three people ahead of me,” he said. “You can imagine how that would work with 600 guests; it wouldn’t even be worth trying.”

Napa County began the week with 24 new COVID-19 cases, with hospitalizations declining to their lowest level in two weeks.

According to Rafaty, the pandemic-triggered shutdown has cost the Napa Valley Museum at least $500,000 in revenue, starting with an art exhibition by the actress Lucy Liu that was suspended shortly after its opening. The museum, which is not state-financed, has subsisted during the stay-home order through donations, earnings from the museum’s endowment and emergency loans through the Small Business Administration, but has not benefited from a National Endowment for the Arts grant program that has served mainly larger art institutions, she said last week.

Speaking of the museum’s murky path to normality, Rafaty conceded the need to balance the institution’s difficulties – particularly when more than half its visitors live outside the county – against the special needs of a community with hundreds of retirees.

“Fundamentally, we have to defer to them on what’s good for the health of veterans,” she said.

Forty percent of the total county population is now fully vaccinated against the coronavirus, the county reported.

Fifteen months of enforced emptiness at the Napa Valley Museum will end late next week.

The closure to visitors of the state-owned Veterans Home of California in Yountville since March 2020 has prevented the Napa Valley Museum from advancing plans to welcome back visitors, despite the recent loosening of rules governing public gatherings in Napa County.

The Lincoln Theater, on the grounds of the Veterans Home of California in Yountville, has been closed since CalVet blocked most visitors from the campus in March 2020 early in the coronavirus pandemic.