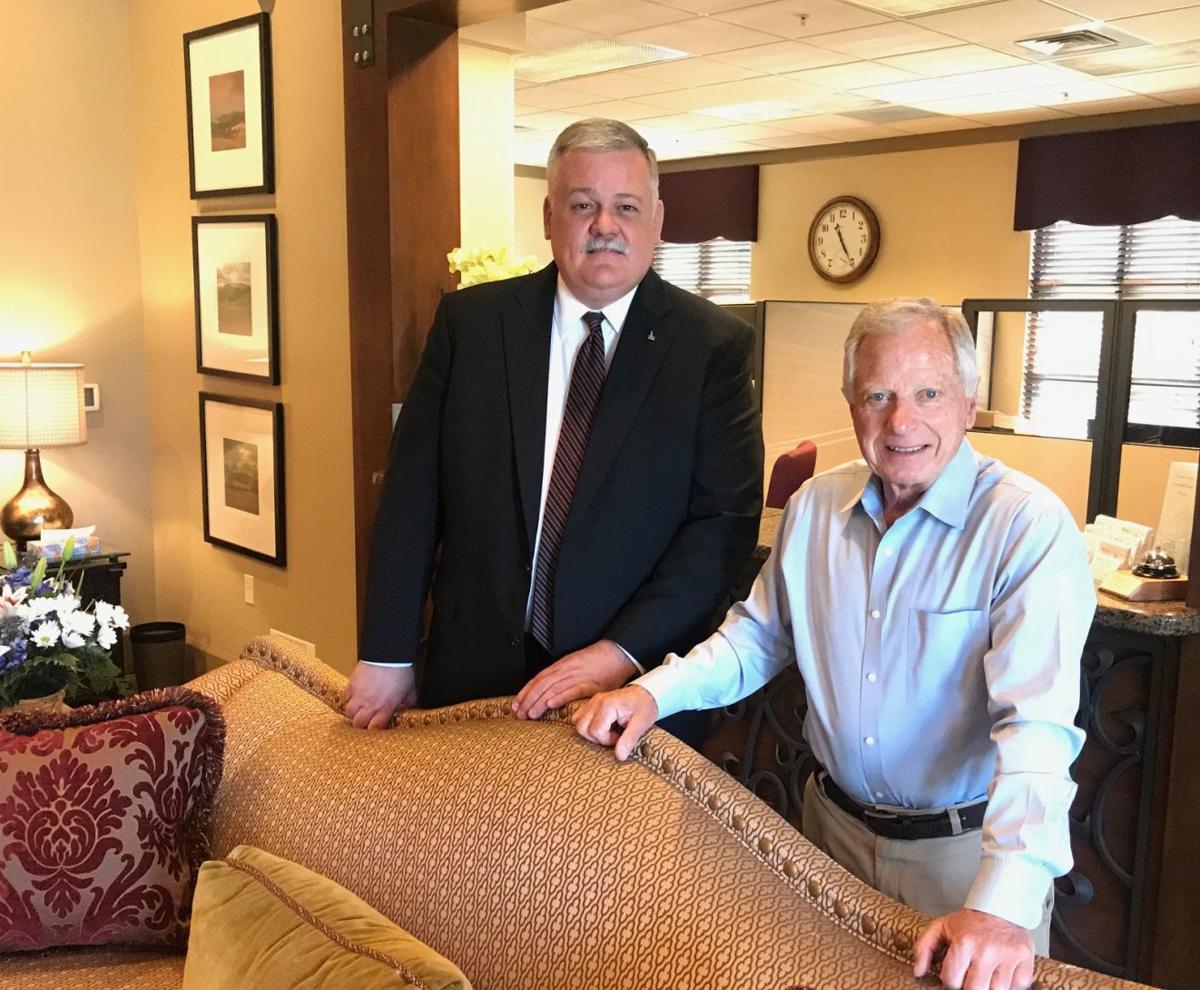 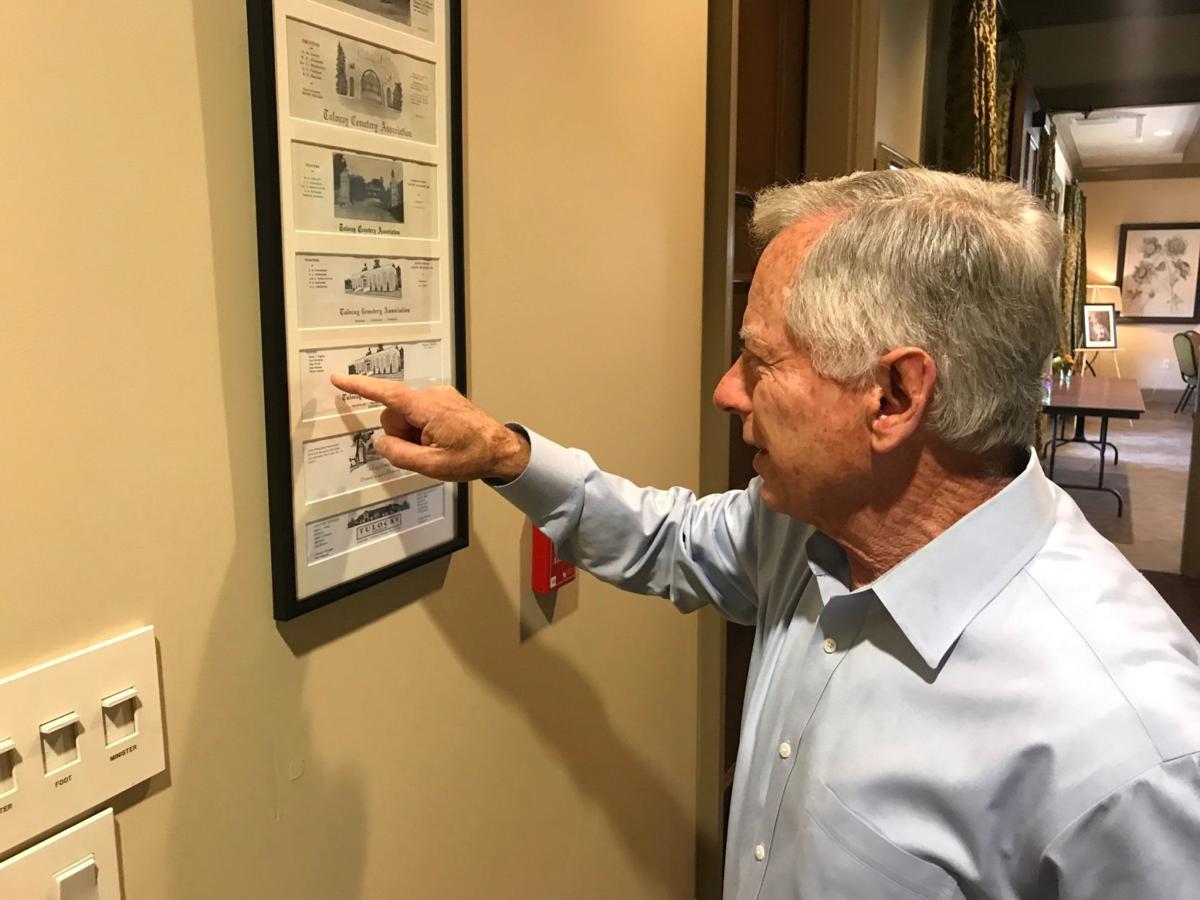 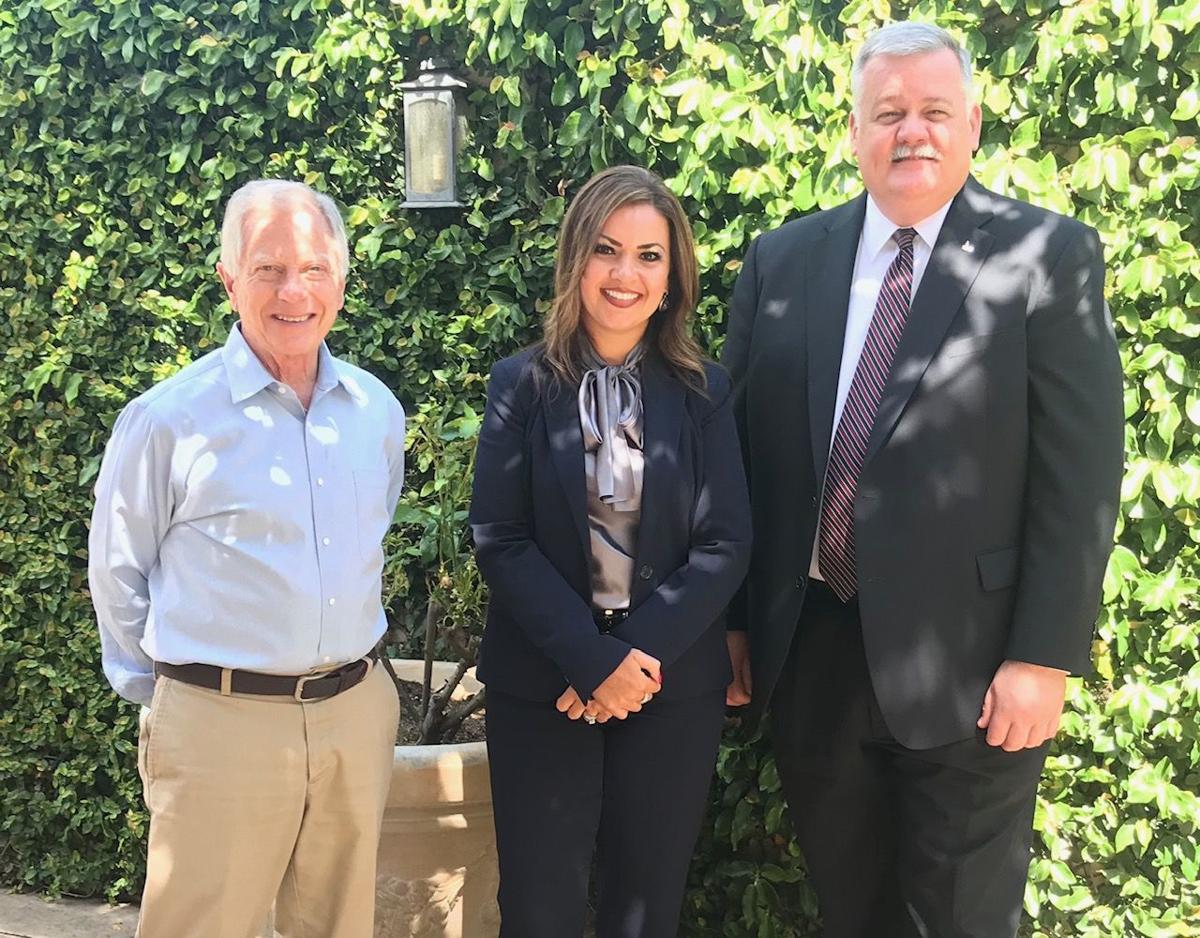 Peter Manasse, Debbie Sousa and Roland Wallace, Jr. of Tulocay Cemetery. Manasse recently retired from Tulocay after 39 years. Sousa is now the manager of the cemetery and Wallace is the chief operations officer.

Peter Manasse, Debbie Sousa and Roland Wallace, Jr. of Tulocay Cemetery. Manasse recently retired from Tulocay after 39 years. Sousa is now the manager of the cemetery and Wallace is the chief operations officer.

For 160 years, it’s been the resting place of Napans from all walks of life, from city founders to those known only by family.

From its position on an east Napa hill overlooking downtown Napa, Tulocay Cemetery Funeral Home & Crematory is a quiet refuge, a place for remembering and mourning loved ones.

Today, Tulocay, one of Napa’s oldest businesses, has a new leader to carry on that tradition of care.

“I felt like I accomplished a lot,” but “it’s time,” said Manasse during an interview at the cemetery last week.

Wallace said he was honored to be asked to lead the nonprofit. “Tulocay is historical,” he said. “It’s a privilege to be part of, but to lead the organization is exceptional to me.”

“I’m happy to have Roland” take over, said Manasse. There have been no hiccups in the transition, he said.

Wallace is no stranger to Tulocay or the cemetery and funeral business. Originally from Charlotte, North Carolina, he has 35 years funeral industry experience. For 19 of those years, Wallace worked at Napa’s Treadway & Wigger funeral home.

Wallace worked at Tulocay for a few months after Treadway & Wigger Funeral Chapel was sold in 2015, but the timing wasn’t right, he said. When Manasse retired, the Tulocay board asked Wallace to return.

Tulocay Cemetery, Napa’s historic burial ground since 1859, has more than 70,000 people in residence and 23 employees.

For more than a century, Tulocay was essentially a burial place. Under Manasse’s leadership, Tulocay added a funeral home as well. Tulocay opened the new $7 million facility in 2009, and now offers a full spectrum of end-of-life services.

Manasse said he’s proud that Tulocay has become a “one-stop shop.” It’s more convenient to allow customers to take care of all of their needs in one place, he said.

Besides building the funeral home, other projects that Manasse oversaw included the addition of hundreds of new burial spaces, adding glass niche displays for remains inside the mausoleum, more paved roads and new gates. The company was able to connect to a new recycled water line to irrigate the grass. Before that, Tulocay’s water bill used to run $17,000 a month in the summer.

Manasse “made it look easy,” said Wallace. “There’s a lot going on. I’d be lying if I didn’t say it can be a little overwhelming.”

“I’m a perfectionist but I have to enlist help from others. I have to step back sometime,” he said.

“Character is an old word but that’s what we have,” said Wallace. “There is a wealth of history behind every grave, every marker,” he said. “That why I rely so much on Debbie. She’s a knowledge bank.”

During Tulocay’s first century, virtually everyone was buried, but social practices have changed in recent decades, Wallace said.

Currently, more than 350 people per year are cremated at Tulocay, with more than 50 of those choosing a niche or ground burial at Tulocay.

“We can tailor-make arrangements” to allow for more burial options such as types of niches, using scattering gardens, putting remains in the ground, green burial and more.

“We pride ourselves on accommodating those wishes,” said Manasse.

At Tulocay, “we are going to continue to innovate and have memorial choices for whatever families are electing to do,” Wallace said.

There are stories of other cemeteries that end up decrepit or mismanaged. “That’s not going to be the story at Tulocay,” said Wallace.

Manasse, age 79, admitted that retirement was an adjustment at first. During the first few months – which happened to be rainy — Manasse said he sometimes thought “I made a mistake.” However, now that the weather has improved and he’s had some time to adjust, he’s comfortable with his decision.

As he reflected back on his years at Tulocay, Manasse shared a favorite joke.

“Managing a cemetery is a lot better than managing a golf course,” he said. “None of the members complain.”

The number of Napa customers using recycled rather than drinkable water for irrigation is growing.