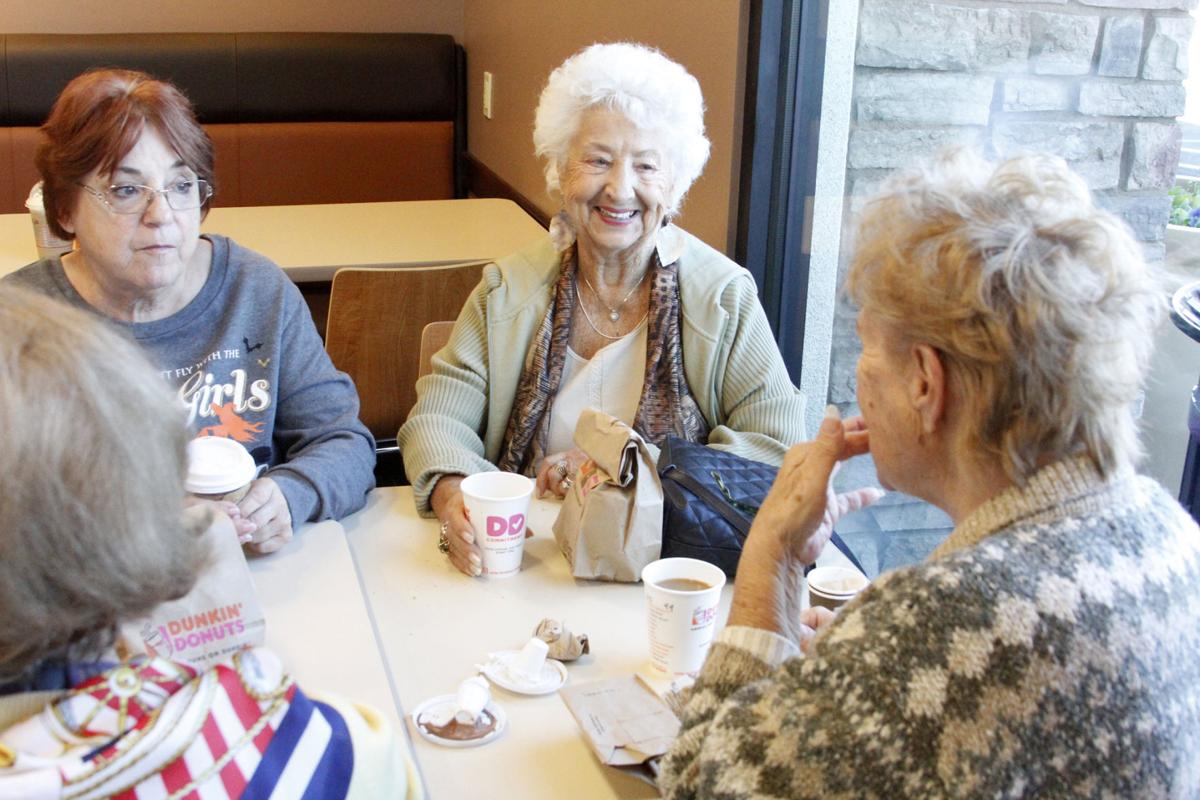 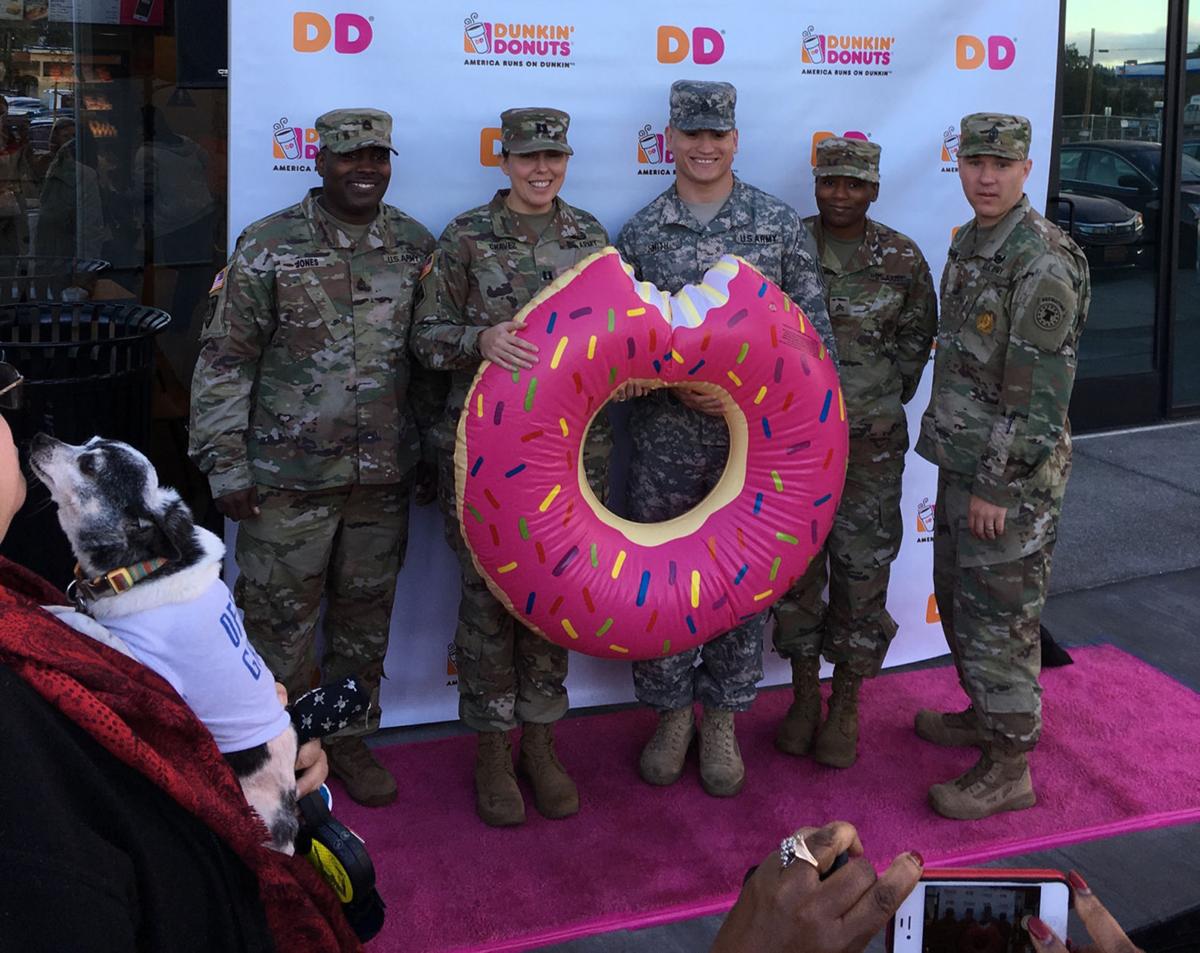 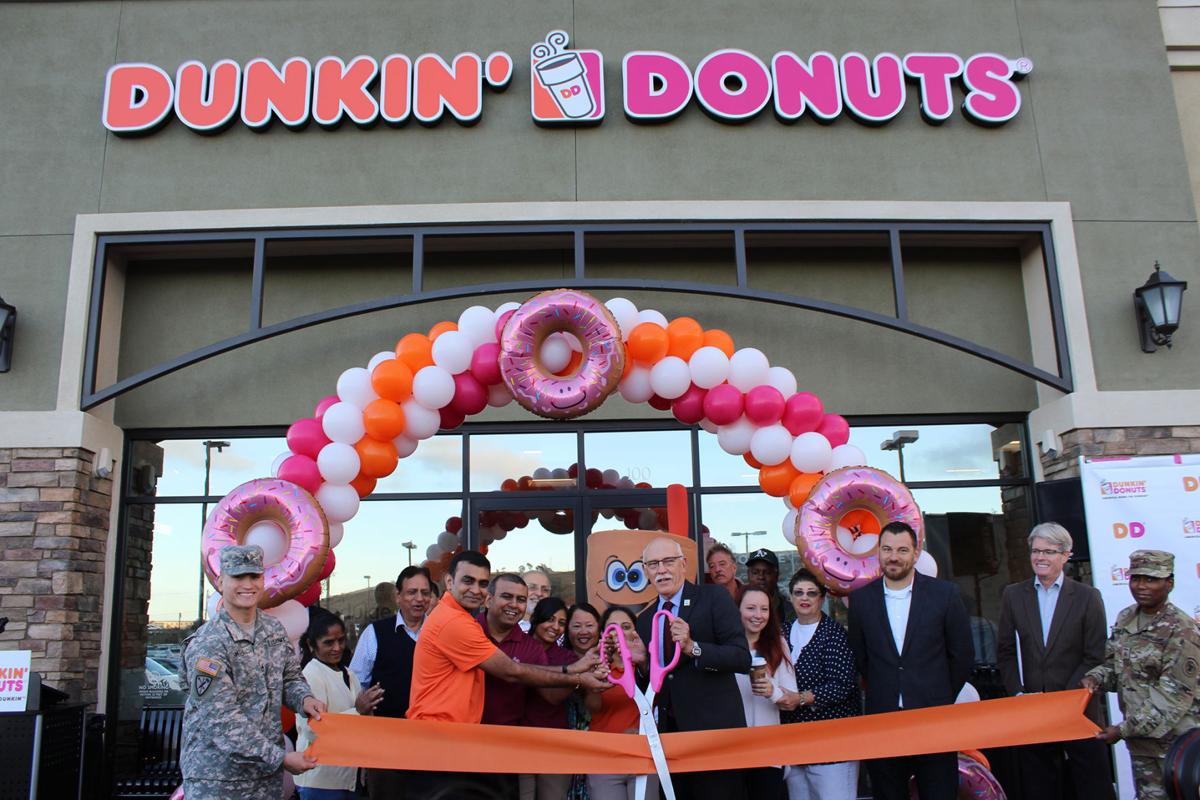 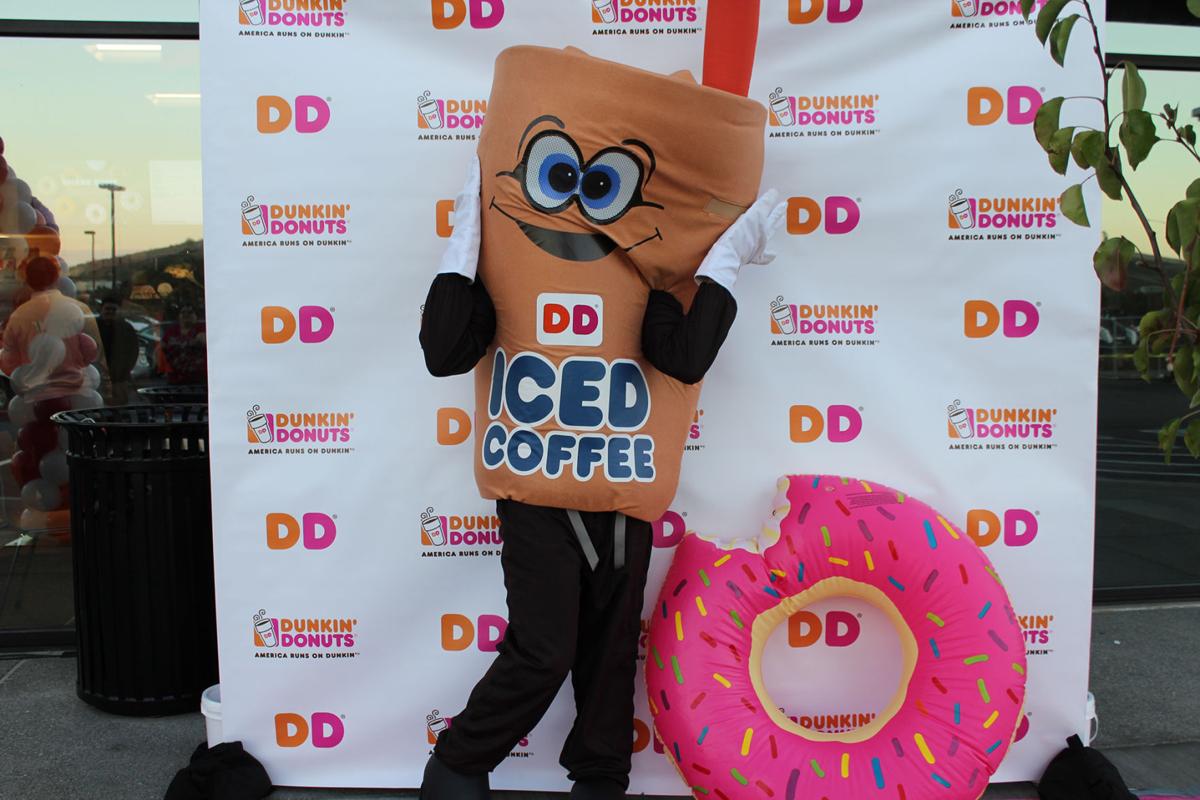 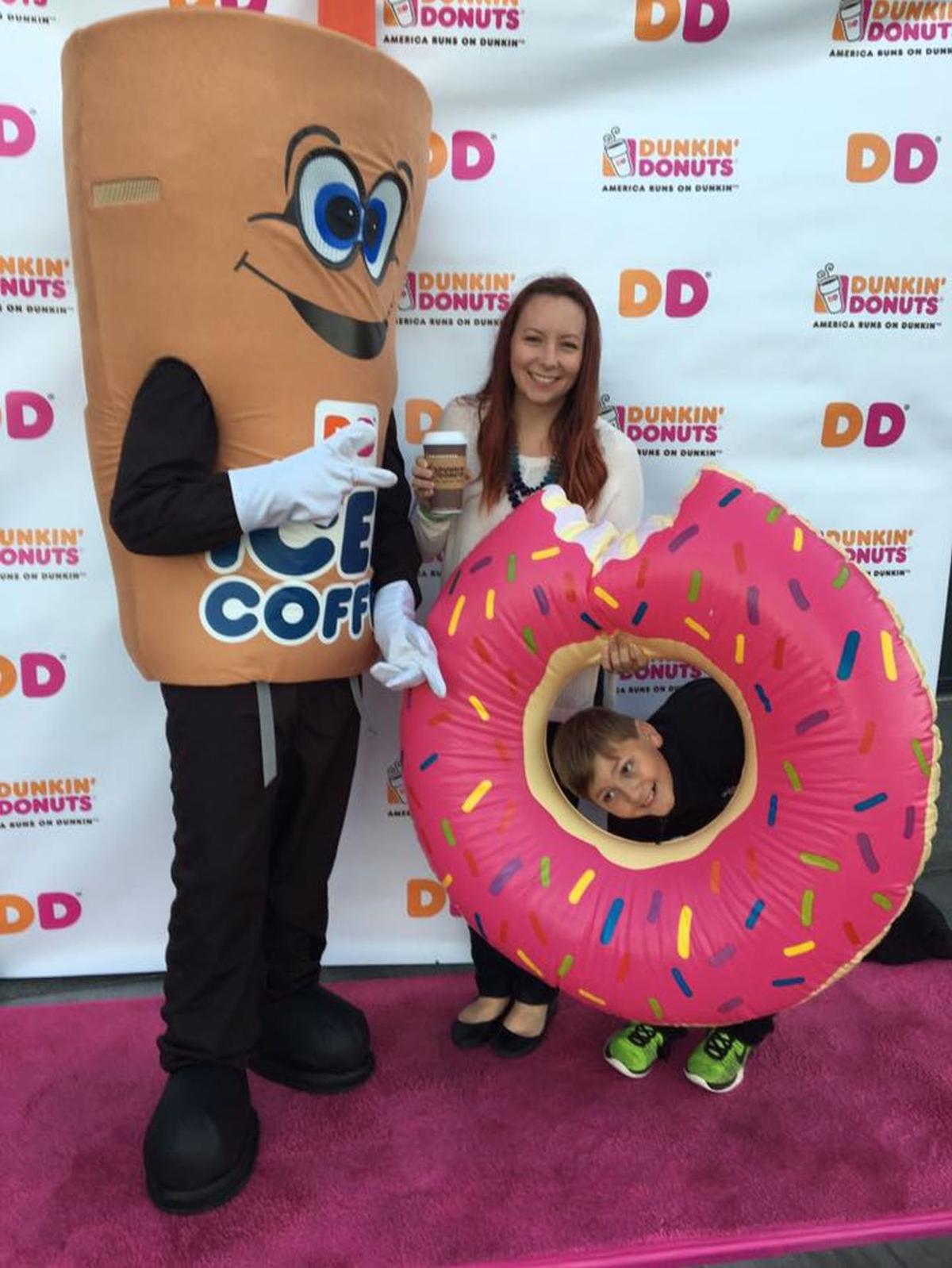 AMERICAN CANYON — Whether you like ‘em glazed, frosted or filled, the donuts have arrived in American Canyon. They aren’t just any donuts either – they’re Dunkin’ Donuts and the Napa County location at 410 Napa Junction Road is the first restaurant they’ve opened in the North Bay.

Although the chain is relatively new to California, it’s been slinging donuts and coffee in the United States since 1950, even using the tagline: “America Runs on Dunkin.’” Dunkin’ Donuts serves more than 3 million customers daily in 41 states and 36 countries, according to the company.

Eager customers started lining up at the new American Canyon location as early as 12:30 a.m. on Wednesday to be first to not only get a donut and some coffee at the 5 a.m. opening, but also to have a chance at a $100 Dunkin’ Donuts gift card.

There was some confusion about how many people would get gift cards, but restaurant employees cleared it up. In the end, the first person in line in both the drive-thru and at the front door were given the gift cards while the next four in each line were given $50 gift cards. The first 100 people in line received other goodies, including a Dunkin’ Donuts refillable cup.

Dunkin’ Donut diehards and newbies kept the line out the door, guarded by an orange and pink balloon arch, decorated with inflatable donuts.

The line didn’t scare people away. In fact, they knew that it would be a madhouse.

“We can’t miss it,” Helen Paet told her friend, Maya Adel, Wednesday morning. “Whether there’s a long line or not we have to be here.”

Both women grew up with Dunkin’ Donuts in their lives – Paet had one across from her university in the Philippines and Adel worked at her uncle’s shop in New Jersey.

“We would drive to Sacramento just to have a taste of Dunkin’ Donuts,” Adel said. If the duo was in the Sacramento area for another reason, they would be sure to pick up some donuts before heading back to American Canyon, she added.

“I grew up with Dunkin’ Donuts,” Adel said. Not only does she love the donuts, but it reminds her of her childhood, her family and her home back in New Jersey.

Dunkin’ Donuts even became a part of her marriage, she said. The couple met in Vallejo after Adel moved to California. He was from the Philippines and also grew up on Dunkin’ Donuts. Together they lamented the fact there weren’t any nearby.

“To impress him,” she said, “I called my cousin and had him ship a box of donuts to him” – overnight, of course. More than 16 years later, they’re still together and have two children who are also donut lovers.

“Every person has their own box,” Adel said. Each child has a pack of munchkins — donut holes. Her husband has a box of donuts to himself, and she ordered a box of sugar and glaze donuts for herself. She even bought another box with a variety of flavors to share.

When she told her family back on the East Coast of the Dunkin’ Donuts opening, her brothers teased her, she said, asking if that meant she wouldn’t be coming home to visit anymore. Although that’s not the case, she is happy that the restaurant opened so close to where she lives. Adel said she’ll be there “almost every day.”

Visiting Dunkin’ Donuts every day wasn’t a foreign concept to Jeannie Reagan of American Canyon. As she stood in line with four of her gal pals, she said that she would get coffee and a donut every day when she lived in Pennsylvania.

When she moved to California, she said that it was sad that no Dunkin’ Donuts restaurants were around.

“I was surprised when it came here,” she said of the restaurant opening. “It’s awesome.”

The location is convenient and everything is good, Reagan said. To anyone who hasn’t tried it yet, “They don’t know what they’re missing out on,” she said.

When asked if he had ever been to a Dunkin’ Donuts, Earl Richardson of Vallejo said “Oh, you better believe that.”

Richardson has been patronizing Dunkin’ Donuts for more than 30 years. Being from Wisconsin, he was used to having it around. Now that he lives in California, he’s made sure to find the beloved donut shop whenever he is on vacation.

“Dunkin’ Donuts is my favorite place,” Richardson said. “I gotta have some coffee with my donuts.”

Richardson said he has tried supporting the shops as they open in California, noting that he visited the one in Walnut Creek. “Whenever they open up a new one, I like to go to ‘em,” he said.

“This is a good place,” he said of the American Canyon restaurant. “If you ask me, I give it an A.”

A lot of transplants hailing from the East Coast and the Midwest have been missing Dunkin’ Donuts, said Nick Bhatt, who moved from Chicago two months ago to open the American Canyon location with his sister and brother-in-law.

“I started working at Dunkin’ Donuts when I was in high school,” Bhatt said. From there, he has worked his way up in the chain. “This is my passion,” he said.

Bhatt appreciated having the support of the community and is happy to be in California, he said.

“We had a lot of fun out here.” Customers were understanding and patient, he said.

The next Dunkin’ Donuts location the family plans to open will be in Petaluma. A third restaurant is also planned, although its location hasn’t been determined yet, Bhatt said.

- The restaurant serves a variety of food items in addition to donuts, including bagels, cookies, muffins and sandwiches

- It also serves an assortment of hot, iced and frozen coffee as well as hot chocolate, tea, and smoothies

- Customers can receive "DD Perks" by downloading the Dunkin' Mobile App, which allows customers to order ahead and accumulate points and rewards