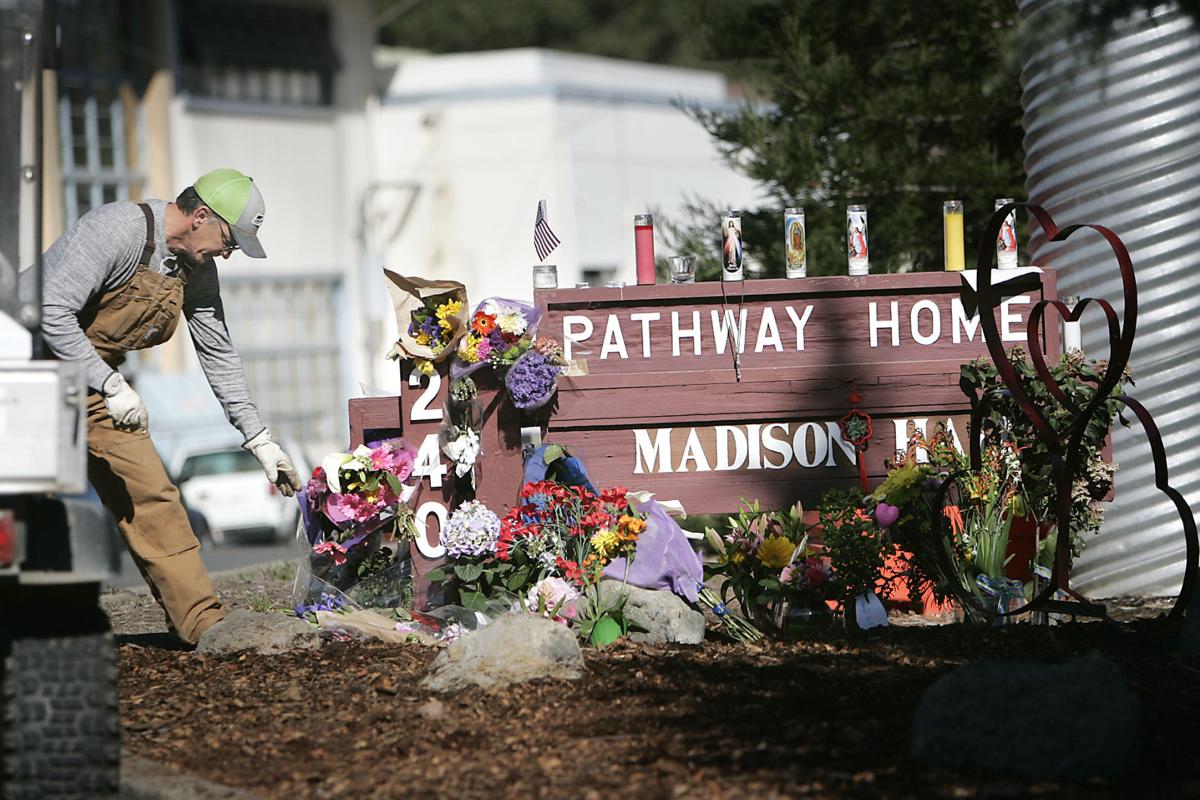 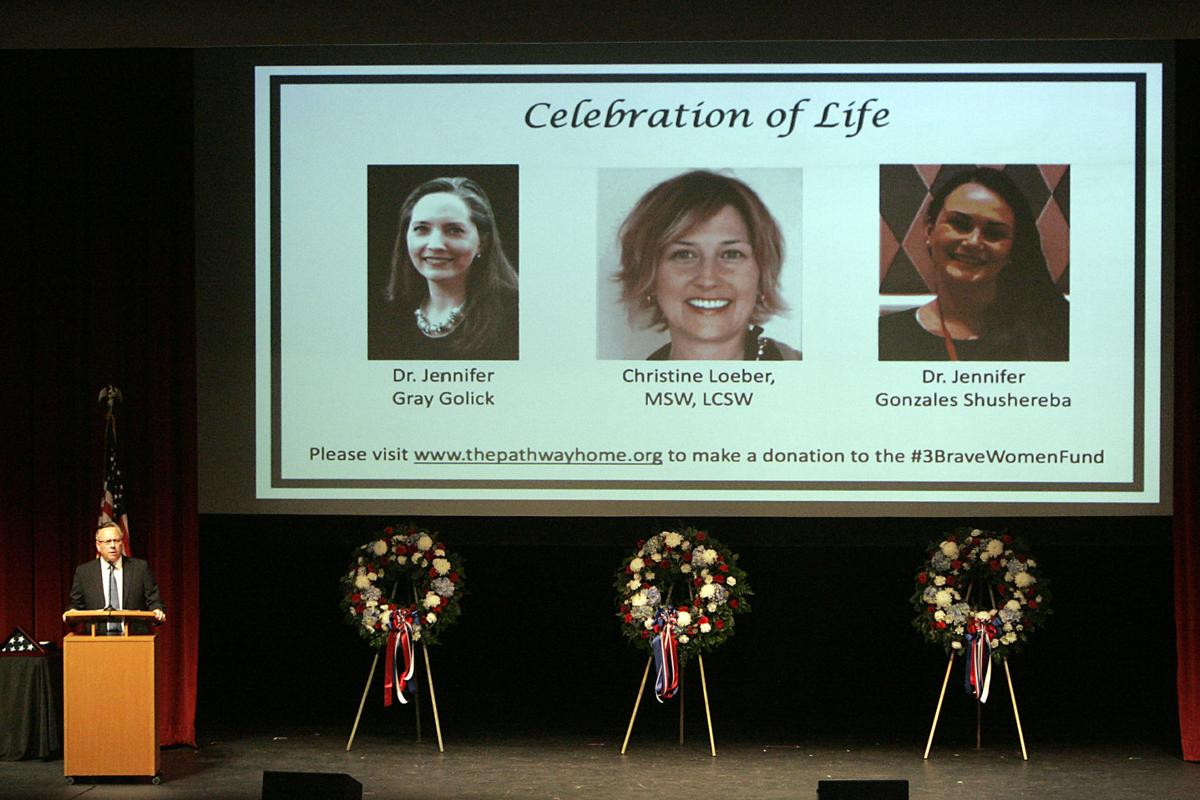 Two years ago Monday, Devereaux Smith lived while three of her colleagues at The Pathway Home died. But only in recent months has she begun to free herself from the trauma the tragedy imprinted on those who survived it.

Through therapy and community work, Smith has coped with the experiences she endured during and after the Yountville shooting on March 9, 2018. But publicly discussing her journey was a crucial step she said she needed to take to emerge stronger – a step she made on the local airwaves Friday morning.

“I feel relieved, almost like a weight has been lifted off my shoulders,” the Yountville resident told the Napa Valley Register Saturday afternoon, a day after sharing her experiences in a radio interview for Napa station KVON-AM. “For a long time it was way too private to talk about. Then I realized it was getting in my way, not talking about it. A couple months ago I was talking to my therapist, saying there’s something in my way and I need to talk about this publicly.”

“I’ve been moving in a positive direction and I thought, ‘OK, I can talk about this now,’” said Smith, who spoke on her husband Larry Kamer’s program “Deep Dive.”

So passionate and committed was Loeber to Pathway’s mission of treating Iraq and Afghanistan war veterans afflicted with battlefield-related trauma that she convinced Smith to leave the women’s health field to join the Pathway staff, she remembered. Two months after taking the job, Smith was walking with Loeber outside Pathway’s building on the grounds of the Yountville Veterans Home when she caught a glimpse of her colleague’s zest for life.

“The morning of the shooting, I have this memory and it makes me want to smile,” she said during the radio interview. “Christine gave me a lesson in Irish step dancing while walking down the hall, and she was so happy that she couldn’t stop herself from just being so exuberant.”

But that same morning, a gun-wielding former Pathway client who had recently been expelled for hostile behavior walked into a going-away party for an employee, then took Loeber, Golick and Shushereba hostage. Hours later, authorities found the three women shot to death and the attacker dead by his own hand.

“The last two years – though it’s gotten better the last couple of months – it was pretty impossible not to start crying spontaneously,” she said during the KVON interview. “The bigger piece that affects Larry’s life is that I have a lot of trouble sleeping. All of those symptoms are getting better, but those are definitely lasting effects.”

Even a seemingly relaxed diversion several months later brought Smith uncomfortably close to a scene of extreme gun violence. Traveling to Las Vegas to assist a friend with a booth at a trade show, she said she did not think closely about the exposition’s location at Mandalay Bay – only to realize later the casino-hotel had been where a gunman had killed 58 people during a country music concert in October 2017.

Slowly, however, therapy helped Smith regain a sense of normalcy, she said, as did the support of the Napa County District Attorney’s Office along with her husband, their adult children and close friends who visited in the weeks after the shooting. Equally important, however, was her growing involvement in groups that gave her a safe place to connect herself to her community without constant reminders of the violence she had escaped.

“There were two places I always felt comfortable and safe: at Napa Sunrise Rotary meetings, and at the Leadership Napa Valley class,” she told the Register. “Those were classes with the same people and with the same place of safety, where I could just simply be. Those were places where there wasn’t any expectation that I would be one way or another. I didn’t have to talk about it, but I could feel like I was contributing to the universe.”

Smith, a partner with her husband in the Kamer Consulting Group, has not decided what direction any activism related to her experiences will take, but expressed interest in working on behalf of survivors, relatives and law enforcement officers for whom the trauma of violence may linger for years.

“My own personal interest is in working to identify ways that the people who aren’t the (direct) victims but are still deeply affected, people like me who were in the room, who were deeply inside the event and were hugely affected” can be helped, she said. “I don’t know how to make those situations better yet, but that’s something that I want to explore.”

Just days after a veteran receiving PTSD treatment walked into the Yountville Veterans Home with a rifle and opened fire, killing three women and taking his own life, threats started pouring in to other Veterans Assistance centers around the Bay Area.

A scathing state audit, a messy firing and a lawsuit after a deadly shooting marked the Vets Home year.

A Napa judge gave families of the Pathway Home shooting victims until November to make their case about state and county liability.

On the anniversary of the Pathway Home shooting

Letters: These and other deaths could have been prevented.