Pfc. Cole laid to rest in Napa
0 comments
Share this
{{featured_button_text}}
1 of 6 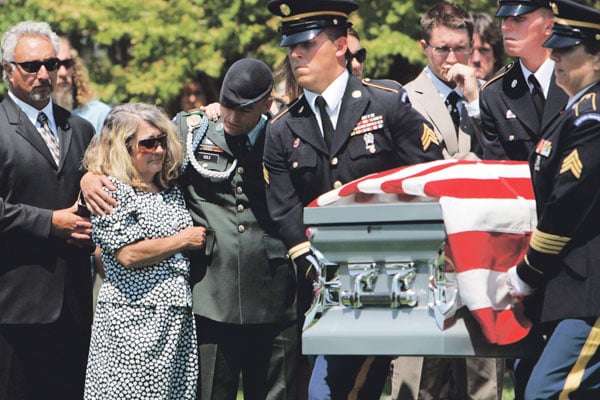 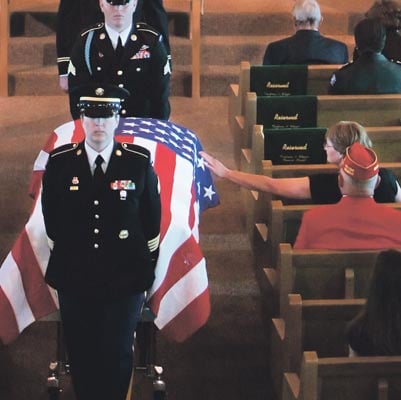 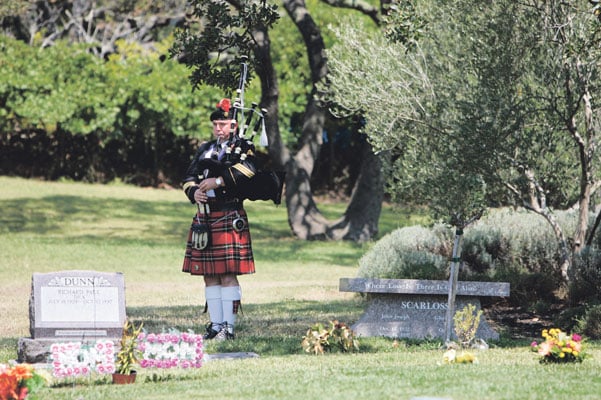 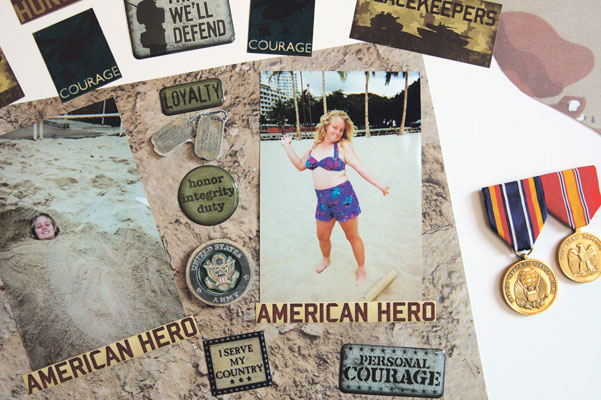 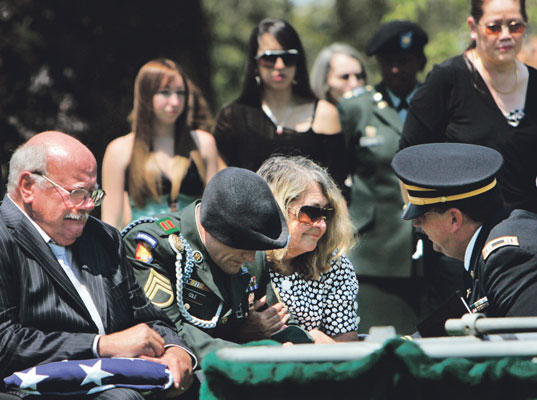 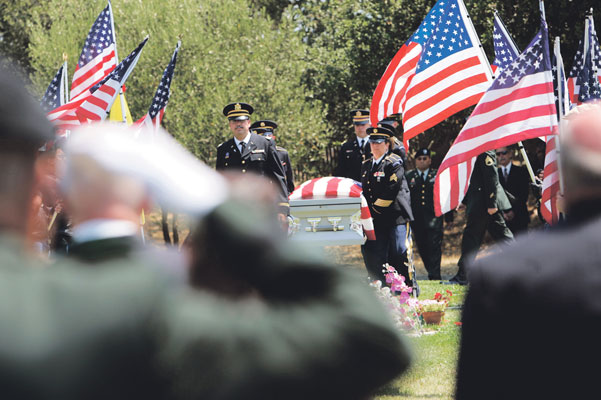 U.S. Army Pfc. Jennifer Cole was scheduled to arrive in Napa on Monday for an 18-day leave from her duties in war-torn Iraq.

Instead, her family buried her in a traditional military ceremony in the wake of Cole’s Aug. 2 death in a non-combat incident in Bayji, Iraq.

On Monday morning, family, friends and Army personnel packed the Cornerstone Ministries church in north Napa to bid farewell to the fallen soldier.

The flag-draped casket where Cole lay in full military dress was directly in front of them. They held one another for support and comfort.

Jeff Cole, who retired from the Army last year after completing a tour of Afghanistan, read a poem he wrote for his sister.

“Jennifer was the best. She will be loved and always remembered,” he said, choking back tears.

James Cole III, said his sister “gave every one of us a reason to smile. She put that smile on our faces.”

Other friends talked about their love and respect for the young woman.

“She was one of the most enthusiastic people about life I ever met. I used to ask her how she dealt with (life in Iraq.) She said she loved what she was doing and truly believed she was making a difference,” James Cole’s girlfriend said.

Pastor Bill Walden read a letter Cole had written to her mother while stationed in Iraq. “Hello mama, happy Sunday. It’s 9 a.m. and 90 degrees. I drew flowers on your card since I can’t send you any. I love you. See you soon,” the letter read.

A parade of motorcycles with American flags waving from the back fenders, driven by volunteers from the Patriot Guard Riders and California State Honor Guard, provided an escort for the hearse and family limousine from the church to Tulocay Cemetery.

Six military honor guards carried the casket to the cemetery plot as a bagpipe played in the background.

A 21-gun salute rang out while family and friends stood nearby. Some in the crowd held their hands over the hearts, other saluted as “Taps” was played.

Cole’s death still is being investigated by the Army, according to Sgt. Mario Morales.

Troops had just returned for the day and were cleaning weapons. One weapon had not been completely cleared and it discharged, striking Cole in the abdomen, Morales said.

“If she had died in combat … I don’t know, it might be easier,” said Cole’s father, Mahanay. “But to have died in an accident that never should have happened is totally unacceptable.”

“Muzzle awareness. That’s all it would have taken and my sister would be here today. There is no excuse for her death,” he said.

Jennifer Cole was born in Vallejo and grew up in American Canyon, attending Silverado Middle School and graduating from Vintage High School in 1992.

After graduating from high school, Cole worked briefly for UPS. She joined her mother at her floral shop in Vallejo, where she worked until her mother sold her store. She enlisted in the Army in July 2007 and was serving as a troop and supply transport driver in Iraq.

Mahanay, who now lives in Oregon, raised Jennifer when the family lived in American Canyon.

“She was my daughter. I moved to Oregon when she enlisted in the Army last year. But we always kept in touch. She and I would e-mail two to three times a week. I was always sending her care packages with snacks and goodies,” Mahanay told the Register last week.

Gholson recalled her daughter’s  passion for flowers. “She once made a red, white and blue U.S. flag arrangement out of flowers for a grave. She always thought that was one of her best. Isn’t that ironic?” Gholson said.

Before the funeral started on Monday, Mahanay took a break to get some fresh air and compose himself.

“You know I bought this suit a couple of months ago for my other daughter’s wedding. I never thought I would be wearing it to Jennifer’s funeral. We were all suppose to be having a good time with her on her leave, not saying good-bye and burying her,” Mahanay said.

A soldier's farewell
© Copyright 2021 Napa Valley Publishing, 1615 Soscol Ave. Napa, CA | Terms of Use | Privacy Policy | Do Not Sell My Info
Powered by BLOX Content Management System from TownNews.com.
You don't have any notifications.