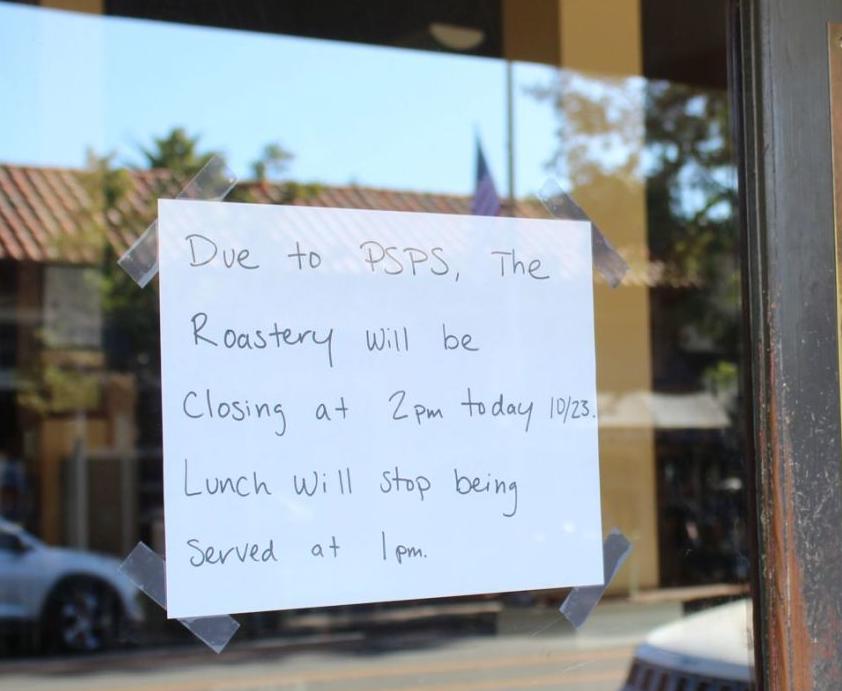 Anticipating a power disruption, the Calistoga Roastery announced it would close early on Wednesday. The power to the Calistoga community was cut off around 2:30 p.m. Emergency generators expected to restore power to the eastern half of Calistoga had not yet turned on as of 3:15 p.m. 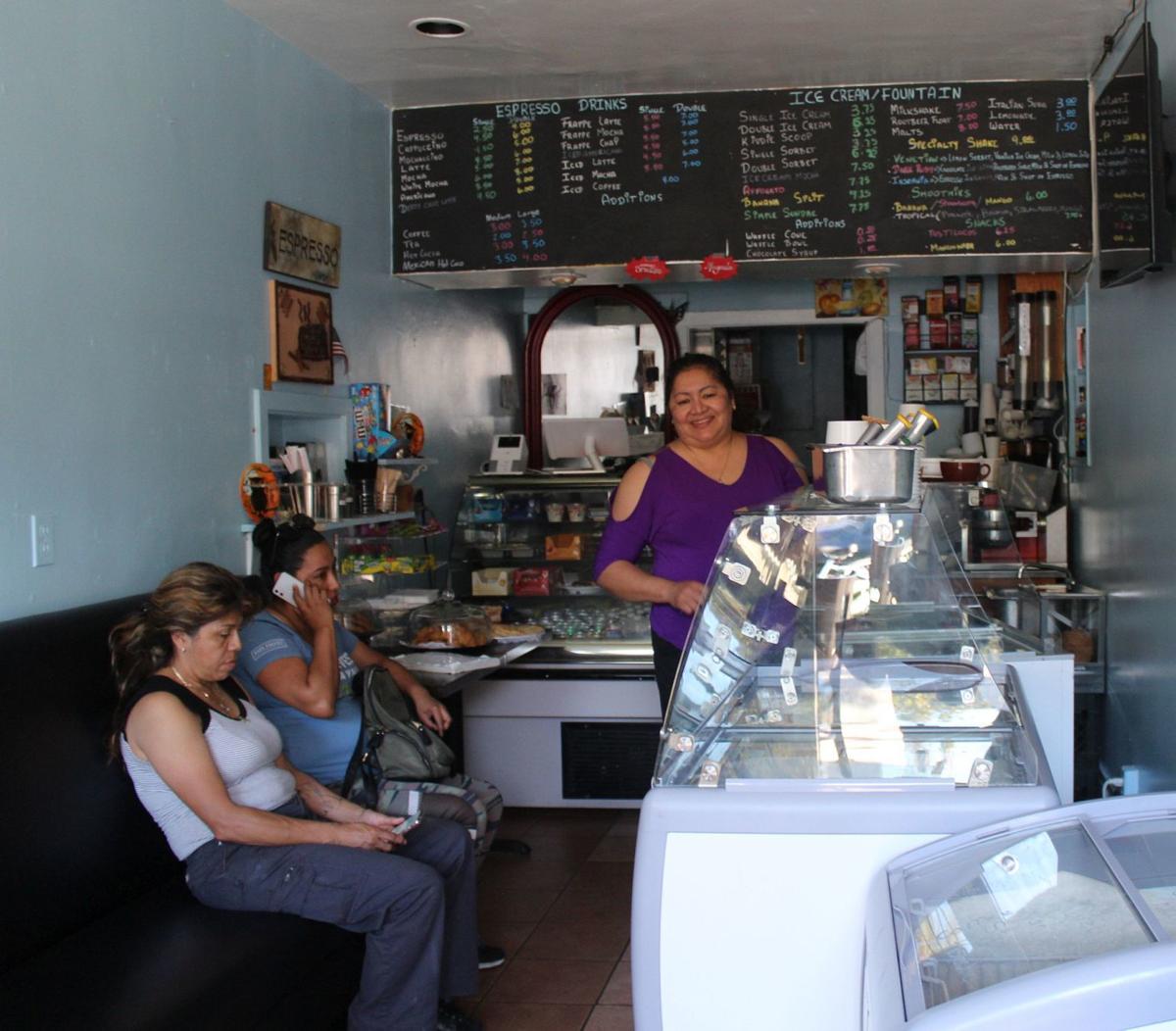 Café San Marco owner Antonia Gutierrez (in purple) waits for power to come back on in her coffee, pastry and ice cream shop in downtown Calistoga Wednesday afternoon.

Anticipating a power disruption, the Calistoga Roastery announced it would close early on Wednesday. The power to the Calistoga community was cut off around 2:30 p.m. Emergency generators expected to restore power to the eastern half of Calistoga had not yet turned on as of 3:15 p.m.

Café San Marco owner Antonia Gutierrez (in purple) waits for power to come back on in her coffee, pastry and ice cream shop in downtown Calistoga Wednesday afternoon.

The shutoffs — the second in two weeks for the region — are part of PG&E’s efforts to reduce the risk of wildland fires when gusty winds arrive Wednesday night into Thursday morning.

High winds and downed PG&E lines were blamed for many of the devastating wildfires of 2017 and 2018, some of the worst in California history.

Once the forecast winds subside early Thursday afternoon, the utility said it would expedite the restoration of power, with the majority of customers back within 48 hours. At the same time, PG&E is monitoring forecasts for possibly more windy conditions this weekend

This safety power outage will affect far fewer than the 32,000 Napa County customers who were cut off for two to three days in mid-October during another red flag warning called by the National Weather Service.

According to PG&E, this week’s cutoffs will spare American Canyon, and nearly all of Napa and Yountville. Blacked out communities were to include St. Helena, Calistoga, Angwin, Deer Park, Oakville, Rutherford, Mount Veeder and northern Lake Berryessa. As 3 p.m. arrived, Angwin went dark as did Calistoga, but the power was still on in downtown St. Helena.

In Calistoga, PG&E was planning to operate generators at the Highway 29 substation to power up town east of the Napa River plus the Calistoga Elementary School, the city said in a statement. Those generators did not start up immediately when the power went out, but were operating by 4:30 p.m., residents reported.

PG&E has been whittling down the number of Napa County customers who would be impacted since Monday when some 9,600 were targeted. The number of affected customers had been cut to 7,500 Tuesday, then further to 6,854 Wednesday morning, according to Napa County.

Residents in some subdivisions in Browns Valley got texts from PG&E Wednesday, informing them that they had been removed from the cutoff list.

For the latest list of affected areas, go to www.pge.com/pspsupdates.

Napa is one of 17 counties — mostly in the North Bay and the Sierra foothills — where 179,000 PG&E customers were to lose power on Wednesday.

To speed up the restoration of power, PG&E said two helicopters would be flying in and out of the Angwin airport late Wednesday night or Thursday morning to inspect lines in high-wind areas.

All Napa County public schools said they would stay open Thursday, except for the Howell Mountain Elementary School in Angwin which will be closed. Two weeks ago, virtually all of them closed for at least one day.

“We will have updates as we have a clearer view of the weather and potential impacts,” PG&E spokesperson Deanna Contreras said Wednesday afternoon.

Pummeled by successive red flag warnings, the Weather Service acknowledged that a “fatigue factor” can develop among the public and fire officials.

The agency noted that there were two to three moderate intensity red flag warnings in the fall of 2017 before the devastating wine country fires that swept through parts of Napa and Sonoma counties.

“Should we be lucky enough to get through tomorrow’s wind event, would ask for continued vigilance heading into the weekend wind event,” the Weather Service said in its Wednesday morning analysis.

With no rain forecast for the North Bay in October, the threat of major wildfires will remain high going into November, the month when the Camp fire devastated Paradise in 2018.

St. Helena Mayor Geoff Ellsworth urged residents to keep two or three days of non-perishable food and water on hand. He said police and fire services will be on high alert.

St. Helena officials also ask customers to conserve water so as not to overtax the generators that power the city’s water pumps during an outage.

PG&E set up Napa County’s only Community Resource Center at the Napa County Fairgrounds in Calistoga where people without power can cool off and recharge electronic devices.

Pacific Gas and Electric said 9,623 customers in Napa County may have their power turned off late Wednesday evening.