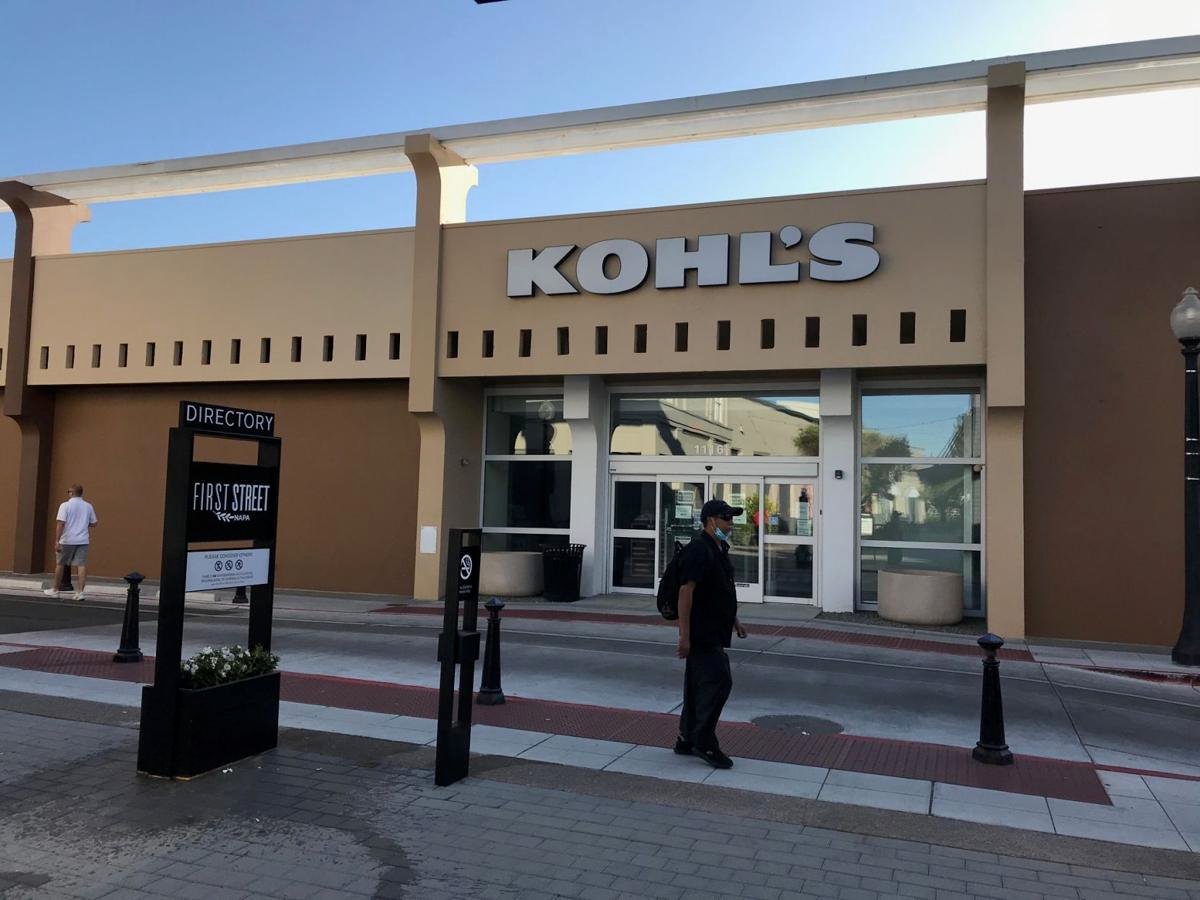 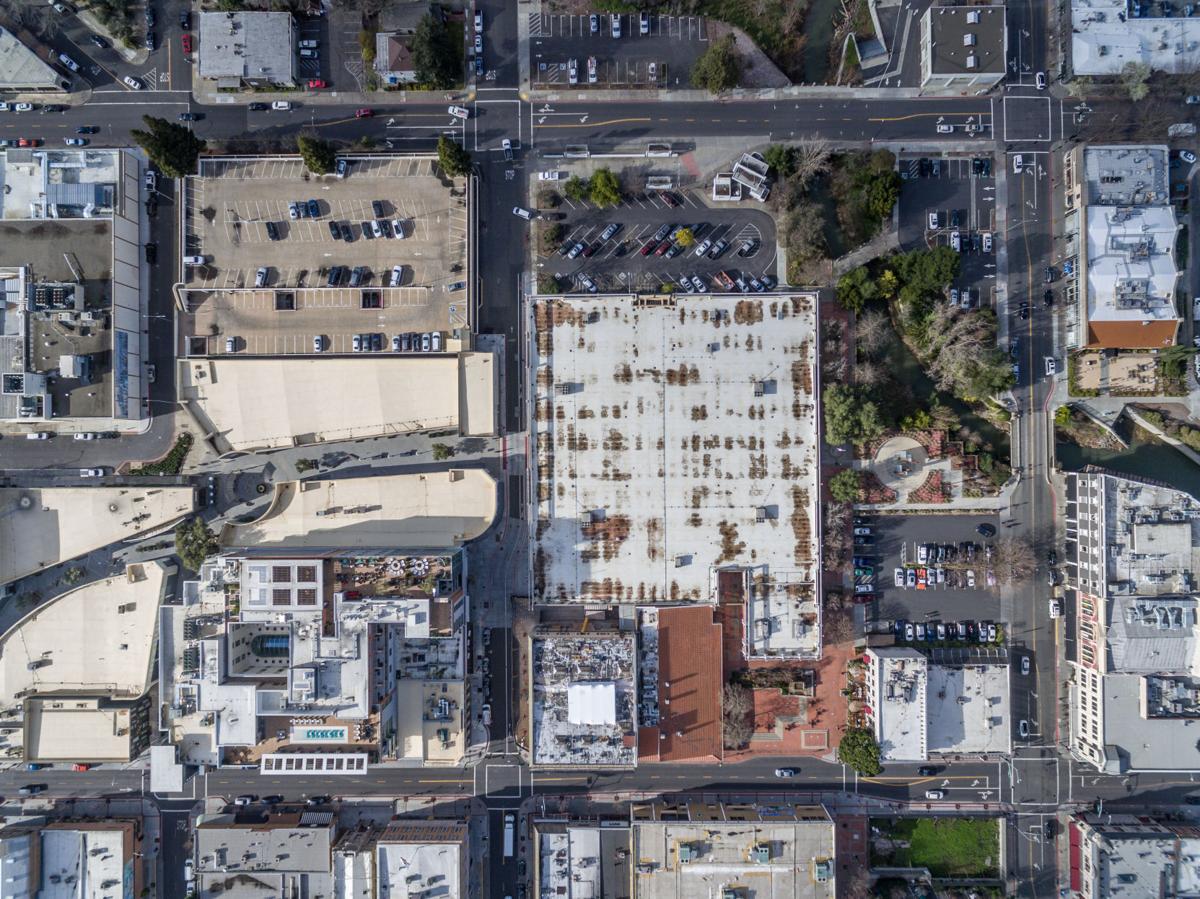 Developers Zapolski Real Estate has come to an agreement with the city to purchase the parking lot on the north side of the Kohl’s building. That clears the way to start the redevelopment process for a 2.2-acre site.

Zapolski Real Estate already owns the Kohl’s building — along with the adjacent Gordon Building at First and Browns streets and the entire First Street Napa project, formerly known as the Napa Town Center, that stretches two blocks to the west.

This new effort is known as the Napa Parkway Plaza project. A total of 120 apartments for rent, a 210-room hotel and 35,000 square feet commercial space for lease will replace the existing Kohl’s building and parking lot.

If all goes as planned, the downtown Napa Kohl’s will eventually move to a site at 333 Soscol Ave. near Auto Row. According to the developer of that site, Ronmor, the Kohl’s lease is in the process of being completed.

“We’re hoping by this fall to have something concluded” with the Kohl’s lease, said Doug Porozni, vice president at Ronmor. “I don’t see anything in the way right now to prevent us from doing that.”

The company wants to continue that progress at the “underused” Kohl’s site, he said.

A few other things have to happen for the plans to go forward. Zapolski Real Estate has applied to the city to change the zoning to allow for residential housing in the same structures that contain hotel, retail and commercial uses. Zapolski has also asked the city to amend the downtown “entertainment zone” to include the entirety of the property.

Mazotti is defending the proposed hotel part of the project. While Mazotti said he received favorable feedback from the public, not everyone has agreed. On social media, some readers have questioned the need for a hotel.

“Housing for the local employees would go great there,” wrote Facebook commenter Melissa Colgrove. “There are enough hotels!”

“Are you kidding me?” wrote commenter Fic Candelaria. “We definitely don’t need any more hotels here in Napa we have plenty of them.”

Mazotti said he understands that “there are some people who wish (downtown) was the way it ‘used to be.’”

“They don’t like the change and progress,” he said. “But for this site, I think everybody knows there could be a higher and better use for Kohl’s” in the middle of downtown Napa.

“I think it’s hard for someone to look at the site and say ‘this should remain exactly the same’” as it is now.

Mazotti said that some people have a misconception about “too many” hotels, especially in Napa. Just because a hotel is proposed doesn’t mean it will get built, he said.

He pointed out examples of the Ritz Carlton once approved for First Street, the Franklin Station hotel project and a hotel at the Oxbow south parking lot. None of those hotels have broken ground yet. “The stars have to align to actually build these hotels,” he said.

Of all the hotels proposed for downtown, the Archer Hotel Napa is the only one built in the city center in recent years.

“The Archer has had a positive impact on downtown,” he said. “We have the results.”

“I don’t understand the people who have an issue with it,” said Mazotti. Perhaps, “They don’t fully understand the benefits they get from TOT (Transit Occupancy Tax) tax that comes from hotels. People sometimes lose sight of the fact that we are a tourist-based economy,” he said.

“Without the hotel, the economics of the (Parkway Plaza) project collapse,” Mazotti said. “You’ve got to have a hotel at the core of the economics there. We all in Napa benefit from the economic engine a hotel can be.”

As far as the hotel, the application notes it could be as high as six stories and categorized as “an upper upscale” property.

“A nice urban hotel,” said Mazotti. Not a five-star resort like Auberge du Soleil or Meadowood, but a hotel with an average nightly rate “a bit higher” than Archer or Andaz.

It could end up being the highest-end hotel in the downtown area, which would be good for the market, according to Mazotti. Such a hotel would bring visitors “with a larger disposable income to the downtown area, looking to patronize the shops and restaurants,” he said. “And there’s demand for it. People want to be in downtown, we’re finding.”

This whole plan began when the Napa City Council voted on June 23 to sell the parking lot north of Kohl’s to Zapolski Real Estate for $870,000. The parking lot also includes a vacant bus terminal.

At that meeting, Vin Smith, the city’s community development director, said that relocating Kohl’s would “free up the site to redevelop it into something that would be more consistent with a downtown environment. That Kohl’s building is typically not the size of a building you would see in a downtown,” he said. “It’s very large and imposing.”

Downtown will benefit from having a planned “visual connection” between First Street Napa and Main Street through a site that needs redevelopment, Smith said.

Napa County is losing its only Volkswagen dealership

Subaru objected to having Volkswagens sold at the same Soscol Avenue location.

Tiffany Montelli’s St. Helena clothing store catering to moms and kids has a new location and a new name.

New cases continue to be reported at a reduced level.

Supporters praise the project's revenue stream and contributions to housing and water delivery, but opponents say its environmental effects haven't been fully analyzed.