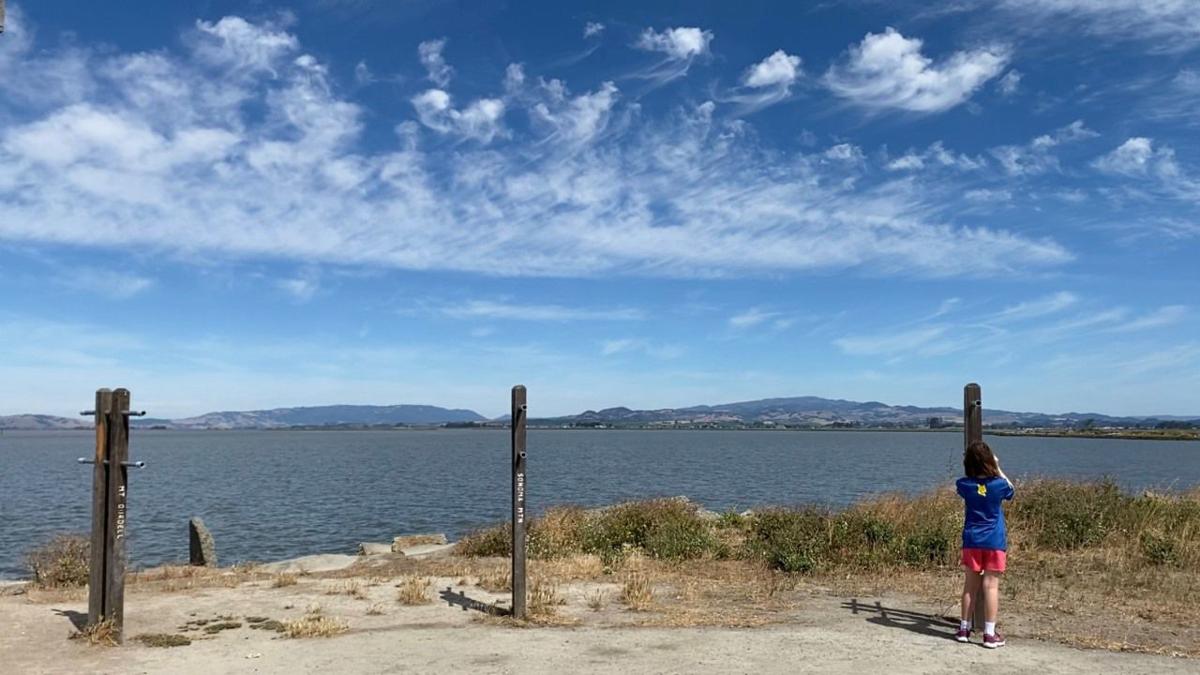 Visitors to The Wetlands in American Canyon have expansive views across San Francisco Bay. 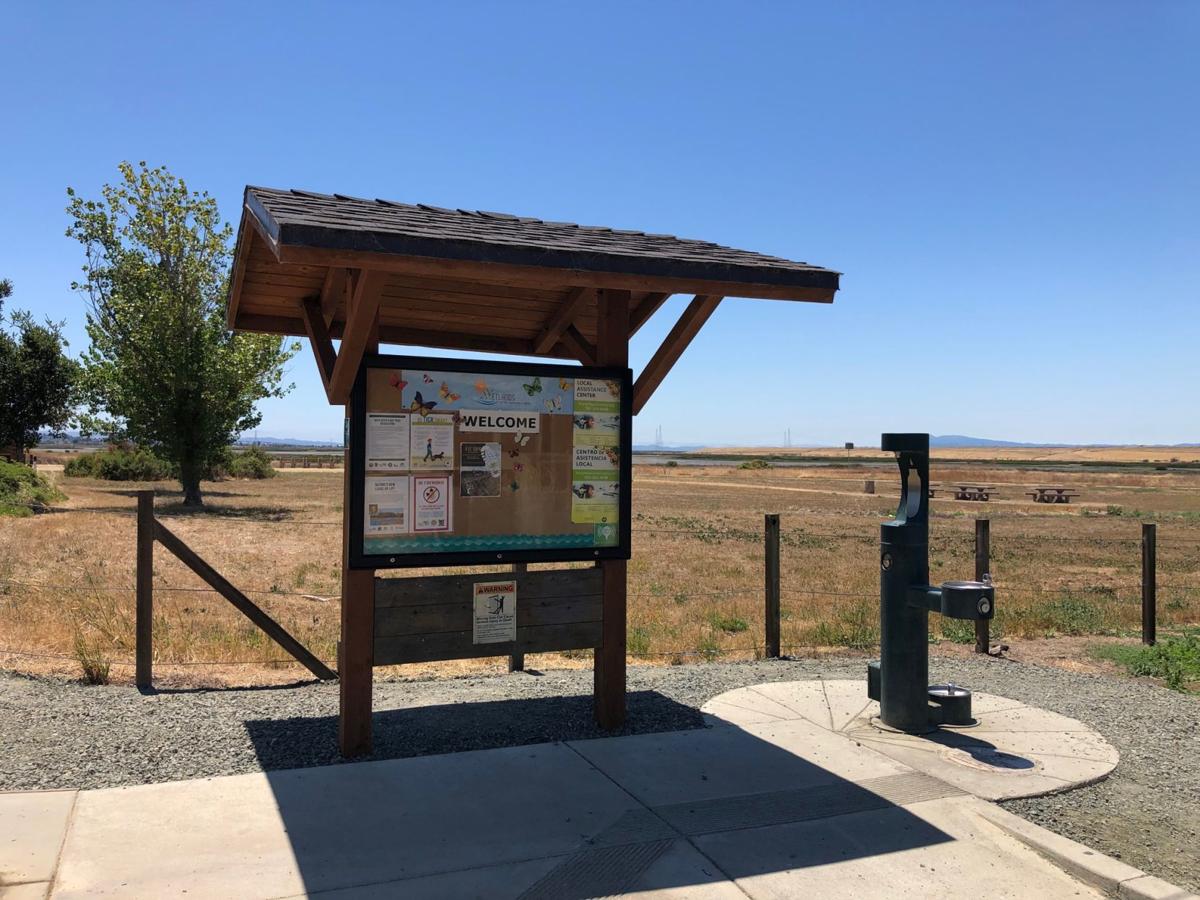 A kiosk displays maps of The Wetlands in American Canyon. 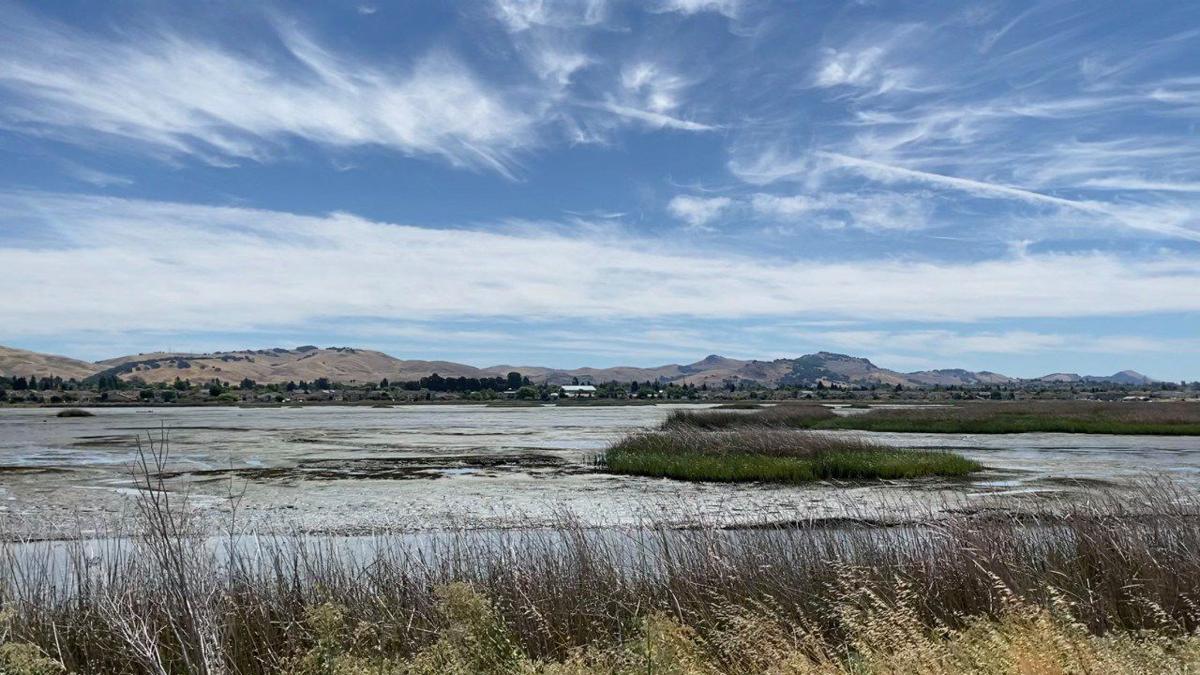 Walkers have tremendous views of the Napa River from The Wetlands trail in American Canyon.

AMERICAN CANYON — American Canyon residents have already started celebrating the 10-year anniversary of the City’s Wetlands Trail, which offers hikers and bikers expansive views of the Napa River and beyond.

Though no one could have predicted it then, this open space area is even more important now, in the age of COVID-19, Parks and Recreation Department Director Creighton Wright said.

“In today’s day and age, in the pandemic age, the importance of the wetlands is clear … It provides our residents a place of solace and solitude, a place to recreate, de-stress, get fit and support their mental wellbeing,” he said.

Studies have proven “that a simple walk in someplace like the wetlands can decrease stress levels and cortisol, decrease blood pressure, improve mental well-being and mood, and generally experience nature,” Wright said.

“There are examples cropping up all over the country about special outdoor recreation areas and the positive impacts they are having on their residents. The wetlands is our special place, a part of our identity as a community.”

“The use of the Wetlands during the pandemic is up exponentially as residents are going there for one or more of the vital benefits it provides,” Wright said.

While city officials don’t have hard numbers, Wright said that “before the pandemic, we would estimate around 500 people per day would visit the Wetlands, and the Wetlands linear path. Given the fullness, and oftentimes overflowing parking lot, I think we can assume that that number is likely doubled, at least.”

And while it’s mostly city residents enjoying the area, the Wetlands have become something of a regional draw in recent months, he said.

“Again, due to the pandemic, many people from the nearby surrounding communities are hearing about its majesty and visiting, some have even made it their regular walking location, partially contributing to the fuller than normal parking lot,” Wright said. “Eventually, with the build-out of the Clarke Ranch site, adjacent to the trailhead parking lot, we hope to increase the draw, making it a true regional destination with several different environmentally oriented experiences. We have received a grant to implement a small first bit of improvements. Those can be expected in the next two years.”

“So proud to help our community celebrate 10 incredible years of the Wetlands Trail, one of the most popular trails across our entire region,” known for the incredible bird watching and biodiversity, he said.

“Congratulations to all who helped make this happen a decade ago and here’s to more decades enjoying the Wetlands Trail!”

With help from the American Canyon Community and Parks Foundation and the Napa County Regional Park and Open Space District, the City celebrates the decade since the grand opening of the Napa River Bay Trail, officials said.

Officials plan to “flood our social presences with stories, photos, videos, and facts about our beloved trail system,” and invite everyone to “join in the fun!”

American Canyon City Councilman Mark Joseph notes that “access to the wetlands has been around for over 20 years, but not officially until 10 years ago, when the City and Napa County Parks & Open Space District built the first trails.” This was made possible thanks to funding secured by Thompson, he said.

It’s one of the accomplishments Joseph said he’s most proud of as a former city manager.

“One of my best accomplishments as city manager was my involvement in acquiring both Newell Open Space and the Wetlands, and it is gratifying to see how many people enjoy it every day,” he said.

The first video with John Woodbury and former Parks and Recreation Director Randy Davis (with a Barry Christian cameo) is available on the city’s social media platforms, Joseph said.

“Albeit a totally different experience, the Newell Open Space is on the eastern edge of the City and provides participants opportunities to see a different environment, grassy hills and oak woodlands,” Wright said. “The property boasts of wonderful ridge-top views, that on a clear day Sutro Tower and the towers of the Golden Gate Bridge can be seen in the distance. Like Wetlands, Newell Open Space use has increased considerably during the pandemic, likely for many of the same benefits derived from the Wetlands.”

Thanks to an anonymous donor, Napa Wildlife Rescue has a new home in the Carneros area.

Visitors to The Wetlands in American Canyon have expansive views across San Francisco Bay.

A kiosk displays maps of The Wetlands in American Canyon.

Walkers have tremendous views of the Napa River from The Wetlands trail in American Canyon.