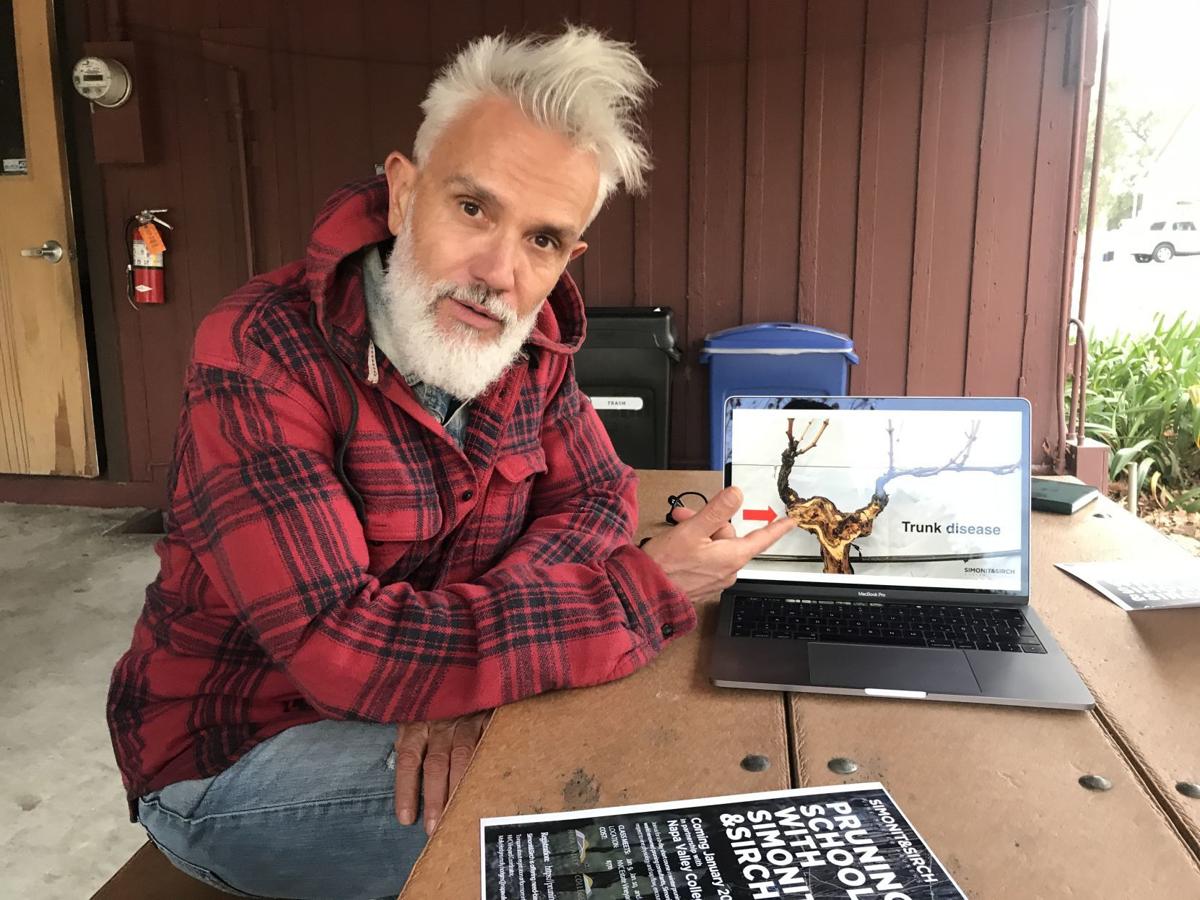 Marco Simonit of Simonit & Sirch points to a vine suffering from trunk disease, adding that modern methods of pruning would only worsen the harm of the disease on the vine. 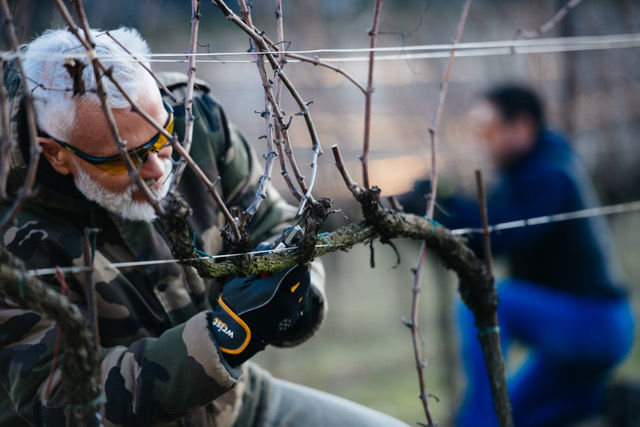 Pruning is perhaps one of the less glamorous facets of vineyard work. Done by hand, it’s both labor intensive and time consuming. If you asked Marco Simonit, though, he’d tell you pruning is an art form.

Simonit is a co-founder of the Italian pruning consultation firm Simonit & Sirch, which employs master pruners in its consultation work with wineries around the world, including in Napa. The firm’s work focuses on artisan methods of pruning, which Simonit says can drastically extend the lifespan of grape vines.

“It’s about the sustainability and durability of the vineyards,” he said. “A lot of times we’ll speak about organic, biodynamic (vineyards) – but we also need to think about the vines.”

In January, Simonit will offer a two-day pruning course at Napa Valley College, the first of its kind in the United States.

Simonit describes his method as “respecting the sap flow” of the vine, fostering a healthier vascular system (responsible for distributing water and nutrients to fruit). He points to a side-by-side, photographed comparison of the physical manifestation of his pruning method and modern pruning methods. The inside of a vine that’s undergone modern pruning reveals hunks of dark, dead wood, while the inside of a vine pruned according to Simonit’s method is white, noticeably preserved.

“The impact of (modern pruning) on the health of the vine is catastrophic, because with each cut you make, you’re adding to the desiccation,” Simonit said.

Two of the most important issues facing the wine industry, according to Simonit, are water use and climate change. When vines are allowed to live longer, they’re ultimately made more resilient, Simonit said, making them less dependent on irrigation and susceptible to extreme weather.

“When we talk about sustainable vines, it’s easy to understand the difference,” he said, motioning to the two vines – one streaked with dead wood, the other not. “(The modern-pruned vine) needs more water, more nutrients, more fertilizers.”

Despite the benefits of Simonit & Sirch’s artisan pruning method, according to Mia Fischer, regional manager with Simonit & Sirch, it’s not widely practiced.

“In our experience, it’s a global issue,” Fischer said, adding that she’d been taught to prune according to modern methods. Hodgins said she, too, had been taught that way.

Historically, Fischer noted, pruning was a valued skill, and vineyard owners did their own pruning work. Today, the firm believes the future of pruning will be a matter of whether modern viticulture can value tradition.

“Our work is primarily training and consulting, but it’s also to change the way the industry thinks,” Fischer said. “That’s why we’re offering the pruning school in Napa. Our first approach is to work with students – they’re the future.”

It’s his goal to help the wine industry – especially its newest generation of members – do just that.

Simonit reached out to the college, according to the college’s Vineyard Coordinator Molly Hodgins. Hodgins added that she was encouraged to coordinate with Simonit by Dr. Monica Cooper, viticultural specialist for the University California Cooperative Extension Program.

“(We thought) this kind of pruning school would be a value to the California wine industry,” Hodgins added.

The pruning school Jan. 9 and 10 will include a day’s worth of lectures from Hodgins about the physiology – the living systems – of grape vines, and a day spent in the college’s estate vineyard in which students will learn the Simonit & Sirch method of pruning by doing. An additional day of spring instruction will be held in late April.

The class is not for college credit, but rather for industry members interested in “advancing their skills,” Hodgins said, noting that the college does have a one-unit class on pruning. Tuition for the course is $800, and $400 for Napa Valley College students. They’re expecting 20 to 40 participants in the course, according to Hodgins, and the college will reserve some spots for its own students.

Grape growing is complex. A study asks how mechanical pruning of vines might affect wine quality.

It was shortly after the crack of dawn last Friday when 16 St. Helena High School viticulture students harvested grapes from 100-year-old Zinf…

The Napa Valley College professor discusses the question every winery should ask itself.

Marco Simonit of Simonit & Sirch points to a vine suffering from trunk disease, adding that modern methods of pruning would only worsen the harm of the disease on the vine.