At the end of goal-setting retreat marked by serious policy discussion and civil discourse, a rift emerged Tuesday afternoon between Mayor Jill Techel and Doris Gentry, one of the two councilmembers running to replace her.

The flare-up occurred when the council took up how it could model “fair governance,” with Techel suggesting that it was an unfair advantage for Gentry to be vice mayor this year while running against Councilmember Scott Sedgley to replace her in the November election.

Techel suggested the council debate if Gentry should continue serving in the number two council role during the campaign, citing questions from some residents about Gentry’s use of the title “vice mayor” on her social media pages and other campaign promotional materials.

“I’ve never seen anybody use the title the way it has been used in the past month, and it’s caused me some concern,” Techel said in an interview Wednesday. “If we can do something now and not be dealing with this for 10 months, that will be easier ... and it will keep the campaign away from council functioning.”

Techel, who has served as mayor for the last 16 years, will retire at the end of her term at year’s end, leaving an open seat to be filled in the November election. She announced her retirement last January, on the same day that Sedgley announced his candidacy to succeed her. Gentry entered the race shortly thereafter in March, creating a rare face-off between two council members for the city’s top elected position.

Gentry, who described Techel’s comment as a “sucker punch” and “total surprise” during the meeting, took over the vice mayor position last December at the conclusion of Sedgley’s one-year term.

“It’s my natural turn,” said Gentry, calling the day’s closing event “trickery” and a clear departure from the “respectfulness, congeniality and support” that ordinarily defines the group. “Our City Council doesn’t act like this,” she added in Wednesday’s interview.

The vice mayorship is largely a formality. The vice mayor leads council meetings in the absence of the mayor. Sedgley held the role for the entirety of 2019, overlapping nearly 11 months with his campaign for mayor.

“[Timing] is a good issue for us to talk about in terms of fairness,” Techel said Wednesday. “The real concern will be during the active election season, which begins with the filing period later this summer.”

Though historically council members have voted the person with the most seniority into the role, the transition was less-than-seamless at December’s selection meeting.

The mayor asked the city clerk to consult the rules to see if someone could serve as vice mayor twice (the answer is yes), before Gentry ultimately nominated herself and was appointed by her colleagues.

“All of this is a clear indication that she is driving as hard as she can in any possible legal way to give him (Sedgley) an edge and an advantage,” said Gentry. “It’s big-city politics happening in a little community.”

Techel along with the remaining two members of the council, Liz Alessio and Mary Luros, have endorsed Sedgley for mayor.

“If we want to talk about fair, perhaps we should talk about public endorsements. Maybe they should keep their endorsements in the private ballot box because it creates an unfair advantage the entire time we’re on City Council … fair is fair,” Gentry posited.

For his part, Sedgley remained largely quiet during the conversation, chiming in only to say that he believed this was less about “stripping the title” — a word Gentry used to describe Techel’s proposal — and more about ensuring a “clean campaign” and “effective governance.”

On Wednesday, Sedgley said he could “sympathize” with the idea that the title would be advantageous in a mayor’s race, but that ultimately the task of “serving the community as a council member” wins out.

“I can understand her [Doris’] feelings if she thinks that this was something that was aimed at her specifically ... but I truly don’t believe it was. The mayor’s interest is just trying to keep our business as it should be and focused on what’s in front of us,” he said.

Sedgley said he too was “a bit surprised” by the events that unfolded, but he trusted that the “mayor presented it honestly and in a forthright manner.”

“We’ve worked well together, and we try to leave politics out of it,” he said, noting that the council could decide that “leaving things like title, positions, and authority” out of it might help them govern better.

Surprise aside, Gentry insisted the development won’t “derail” her efforts. “If anything, they poked the bear and raised my hackles. It will make me work wiser, harder and smarter for the next 10 months,” she said.

Debate on whether or not Gentry will continue as vice mayor will be formally added to the agenda of an upcoming council meeting, where the public can weigh in on the matter.

Doris Gentry, who scored an election victory in 2016 that catapulted her to the Napa City Council, has her sights on the city’s top job.

Scott Sedgley has what it takes to be Napa's mayor

For several reasons, I was excited to hear Scott Sedgley announce his candidacy for city of Napa mayor.

Letters: Very unfair to take it away

Letters: How petty the council has gotten.

Letters: Best person for the job

Letters: Rules apply to all

Gentry has a right to use vice mayor title

Doris Gentry has a vision

Letters: She listens and helps

Letters: OK to say sorry and move on.

Letters: A council member who cannot be challenged?

Letters: I'll help her stay that way by voting for Sedgley

We can say "Vice Mayor Doris Gentry" all we want

Letters: Not against the law to tell the truth. 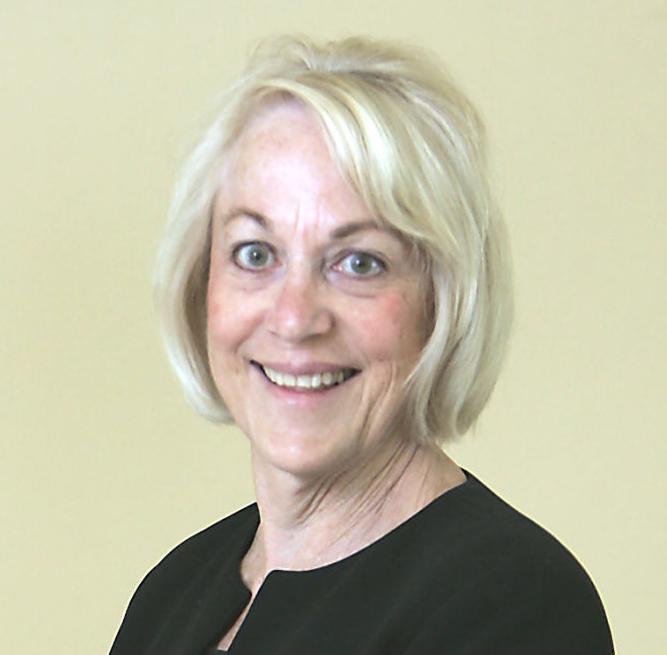