One week after the worst wildfires to hit Napa County since the devastation of 2017, assessment of the damage and recovery from the Hennessey Fire that swept around Lake Berryessa has only just begun.

On Monday, dozens of PG&E and utility trucks were seen headed towards the lake as crews started to assess damage such as downed power lines and burnt up power poles.

Many miles of twisty and narrow roads are blackened and smoke from lingering wildfires still fills the air.

Residents whose homes escaped the flames were likely breathing a sigh of relief. However, those who had lost everything were trying to pick through the charred remains and ash to find anything worth saving.

Casey Jones, 25, had moved to the Spanish Flat Mobile Villa neighborhood only two months ago. Located at 4312 Spanish Flat Loop Road, the park had as many as 49 units – that is until the wildfire ripped through last week.

Jones, along with most of the other residents, lost his rented home in the fire.

On Monday, Jones stood in the ash and debris looking for a belt buckle his grandfather had given him.

“I’m shocked” by the devastation, said Jones. “But I know a lot of people have lost things more valuable.”

Almost every unit in the park is now reduced to twisted pieces of metal, ash and charred wood. Trailer frames and metal foundations are the biggest pieces of debris remaining.

The trees that surrounded the park now stand as blackened trunks. Several vehicles that were left behind are skeletal ruins.

Viewed from the road, small metal signs, decorations, potted plants and a charred birdbath were the only reminders of “home.” Broken glass, pieces of trailer siding and pieces of wire are scattered about.

One unit at the far end of the Villa park seemed to have escaped unscathed, as did two intact trailer homes parked nearby.

Jones said he had been working in Santa Rosa when the fires started. He and another Villa resident ended up together while waiting to hear what was happening.

He had hoped to save his motorcycle, but was unable to. The two men waited at one end of a single lane bridge and that’s when Jones said “We knew we had to prepare” for the worst. “We made peace with it,” he said.

He didn’t have renters insurance. “I’m thankful I still have my family in Napa that I can be with,” he said.

“It’s time to rebuild and help each other move forward,” said Jones.

Monday was the first day he had been able to visit his former home. “I feel great (now) that I can finally look at it,” he said. “I’m just trying to be positive about it. There’s no point in trying to hang on.”

“My heart goes out to everyone else” impacted by the fires, he said.

“We moved here in February,” Renault said of himself and his wife.

Napa is too expensive, he said. The Villa was affordable, and most importantly, the park was able to accommodate his tiny home. Renault works in the wine industry in Oakville but his other job is as a tiny home builder/developer.

“It was a really nice place,” said Renault of the Villa. “It’s like a family here.”

Renault said he was in Napa when he heard about the fires.

“I had a bad feeling,” so he drove to Spanish Flat and packed up his car with some valuables such as computers, photos and some clothes.

That night, he heard the news that the park was gone. “The worst thing is to tell your wife your house is gone,” he said. “It was hard to share.”

He was not insured either but friends have since launched a GoFundMe page for the couple called “Mael & Sarah—Napa Fire Home Loss.”

Renault said he had hoped to save the frame of his tiny house but the fire was so fierce the frame was bent.

Even with the destruction, Renault said he remains upbeat. “I’m lucky because of the people around me,” he said. “It’s interesting, life,” he said. “But we will learn a lot from it.”

Judging from the blackened path of the fire, many other Lake Berryessa-area residents were lucky they didn’t lose homes.

Near the “Corners” at highways 121 and 128, a number of homes were surrounded by scorched earth but still standing. Perhaps it was the right amount of defensible space, or they had their own water supply or firefighters when they were most needed.

A number of businesses along the way to the lake were lucky and avoided major damage. The former Moskowite Corner building was safe, as was the shopping center across the street from it.

Up Steele Canyon Road, the entrance to the Berryessa Highlands was scorched and many homes seem to have escaped damage.

However, not all were as fortunate. A number of homes on Rimrock Drive were destroyed. At one home, a set of elaborate stone steps led up towards what used to be a front door. Now, it leads to nothing.

Cal Fire is still tallying the destruction of the Hennessey Fire which had burned 293,602 acres as of Monday morning and killed five people in Napa and Solano counties.

Another still unidentified victim was also found last week in a burned building in Solano County near Vacaville.

The Hennessey Fire grew at a slow rate over the weekend, leaving Cal Fire officials optimistic about reopening some evacuation areas.

So far this year, firefighters have responded to 7,002 fires that have scorched a combined 1.4 million acres.

In sending a precautionary emergency alert, officials discovered the system, used by municipalities nationwide, had been rendered useless by a coding error.

The federal government is offering various types of assistance to local fire victims.

Eight people have been arrested on suspicion of looting or planning to loot neighborhoods in Santa Cruz County, Sheriff Jim Hart said Sunday.

Even as thousands of people were forced from their homes by wildfires, local grapegrowers had to attend to this year's harvest.

NapaCART volunteers rescue and care for animals during wildfires

This animal rescue organization is caring for scores of evacuated animals at shelter sites in Napa County.

Fire clean-up: Please keep your own safety in mind

Letters: We need a five-year extension. 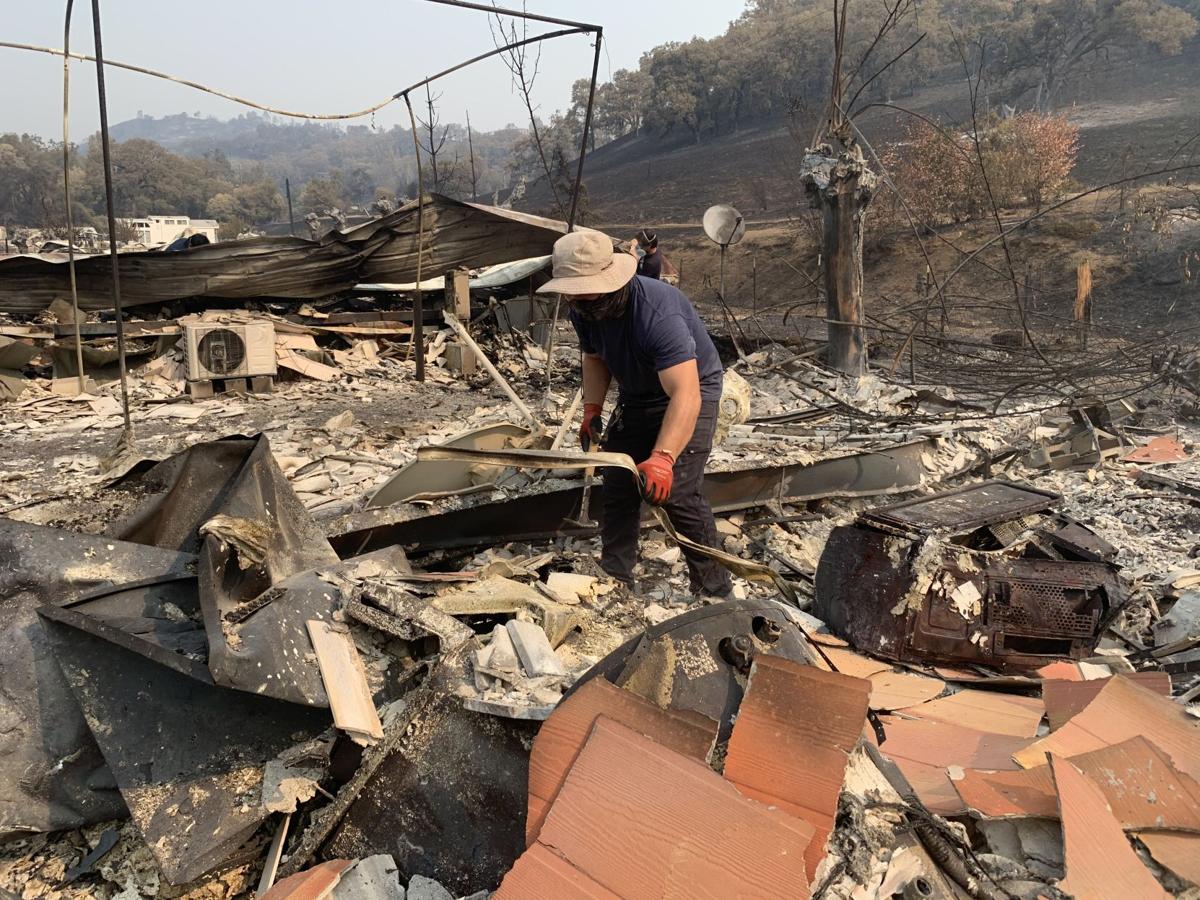 Casey Jones sifts through his home at the Spanish Flat Mobile Villa neighborhood. He was hoping to find a special belt buckle, a gift from his grandfather. Almost every home in the park was destroyed by the Hennessey Fire. 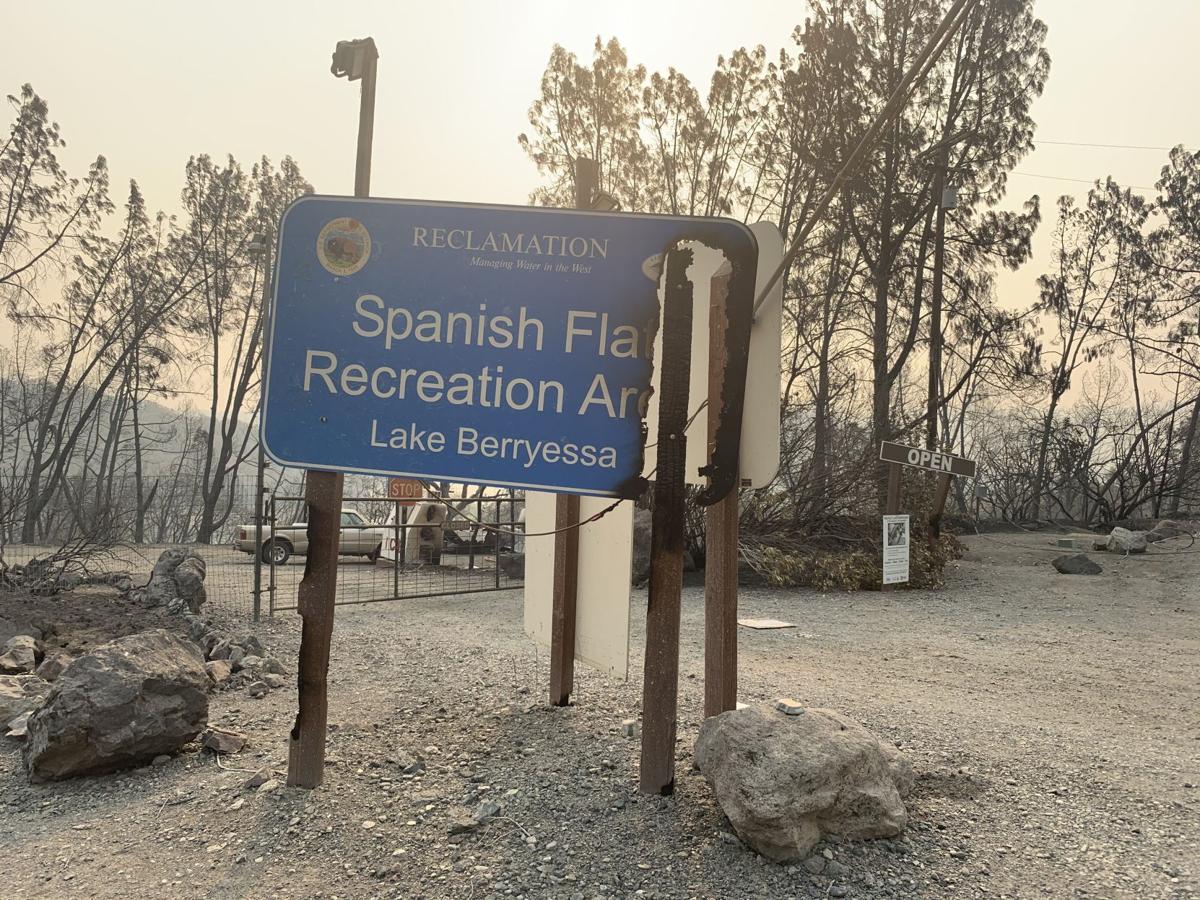 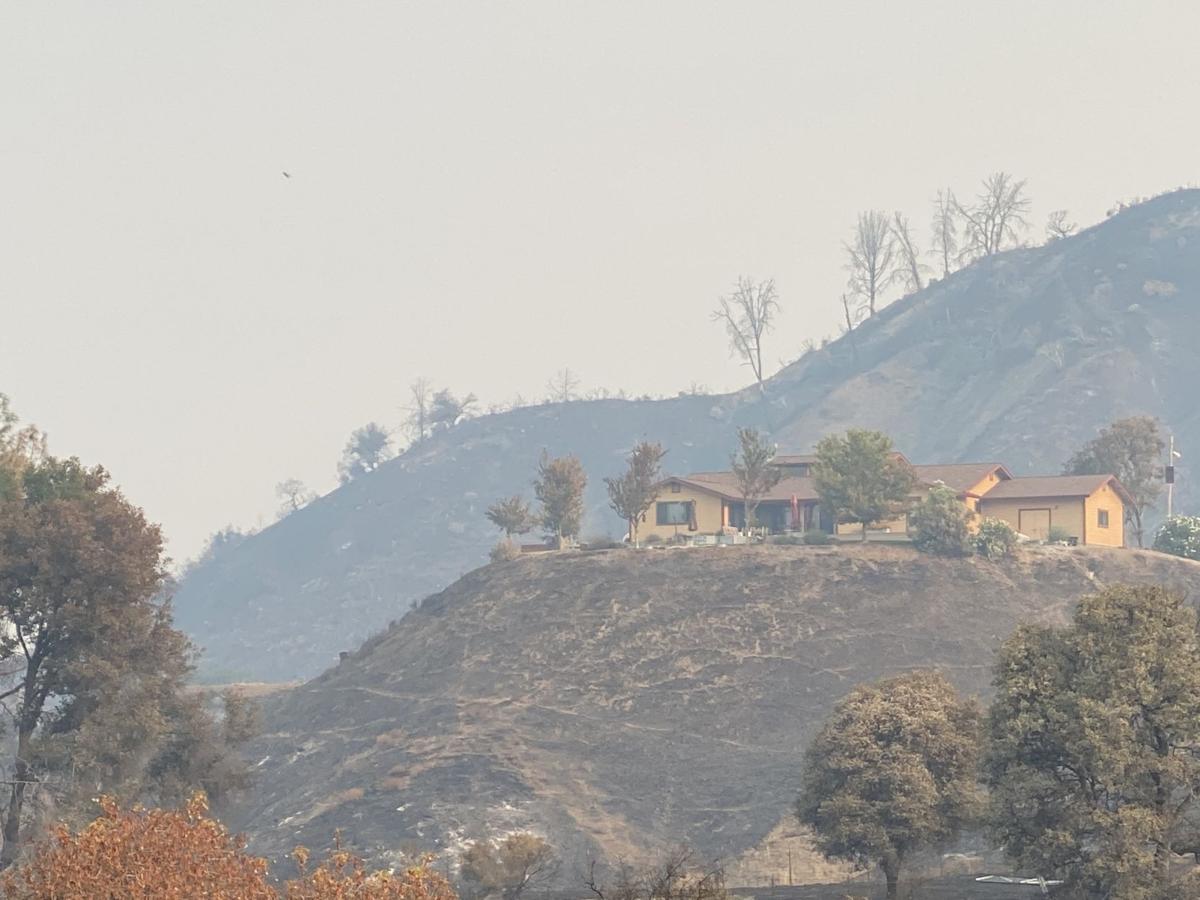 This house near Lake Berryessa somehow survived the Hennessey Fire. 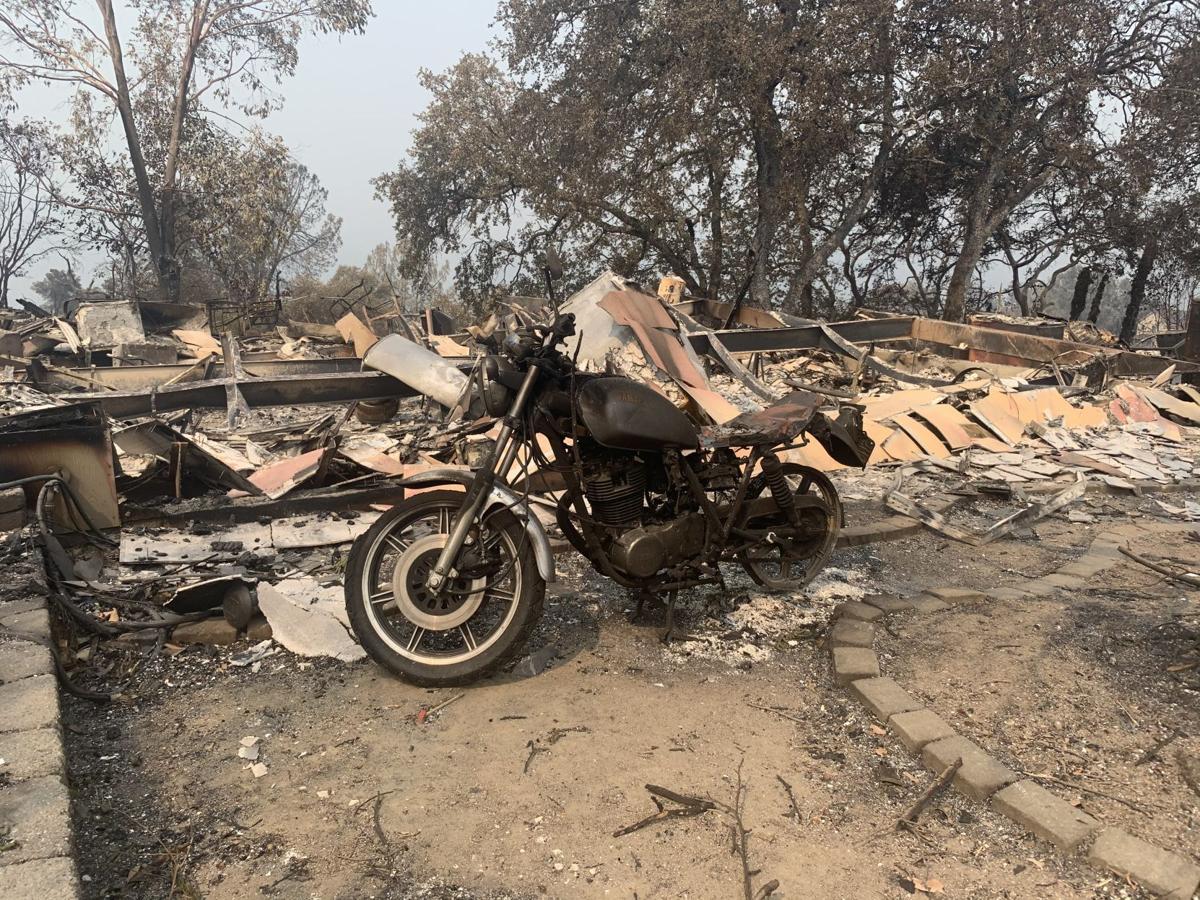 A burnt motorcycle is all that's left at this home on Rimrock Drive in the Berryessa Highlands. 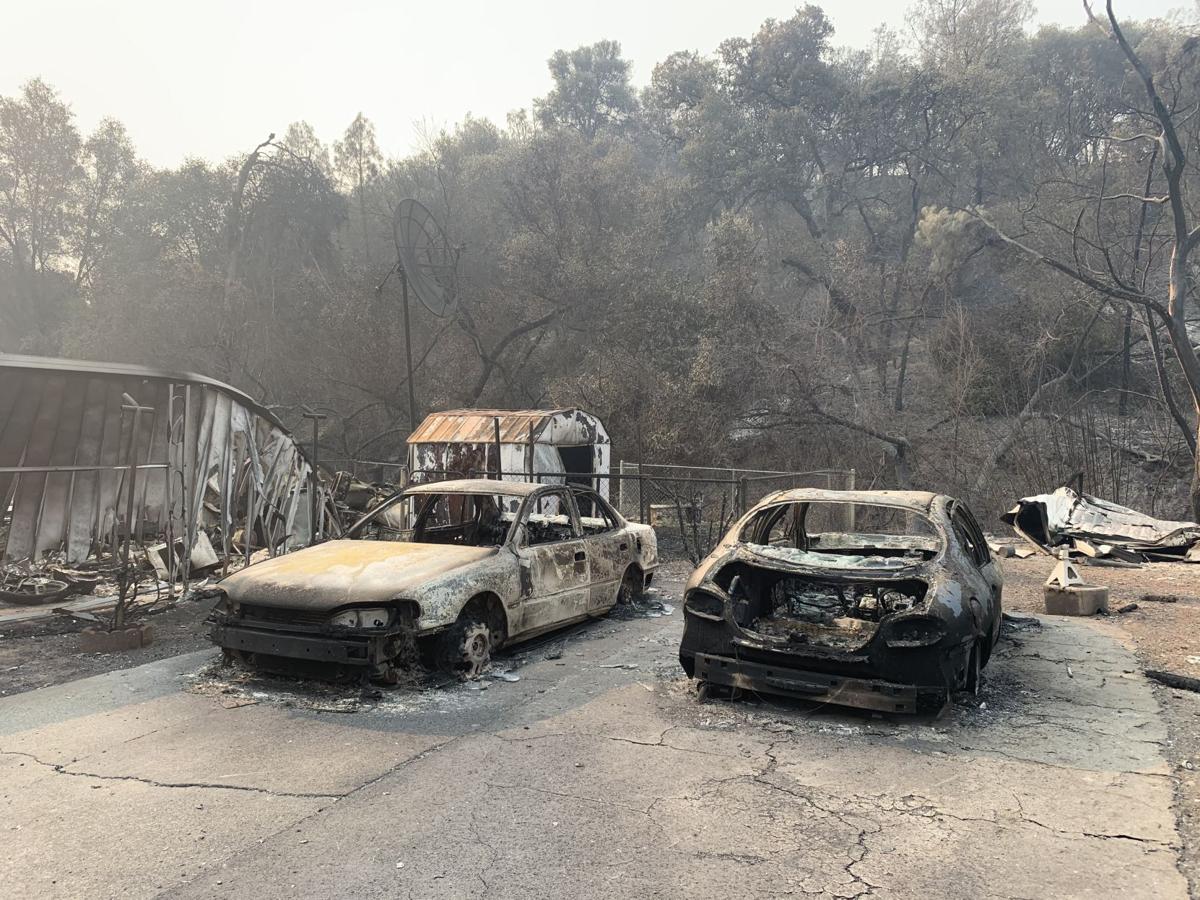 Vehicles destroyed by the Hennessey Fire at the Spanish Flat Mobile Villa neighborhood where scores of people were left without a home. 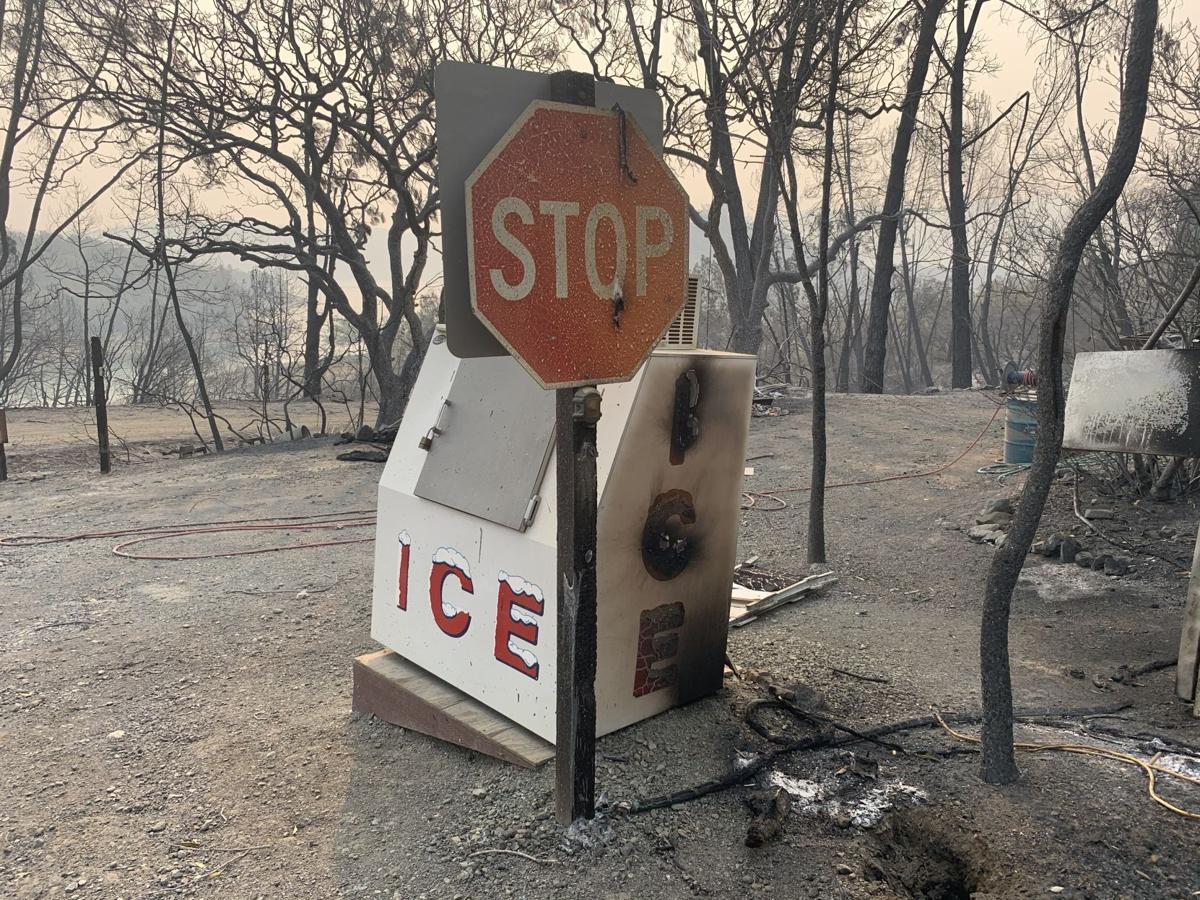 Destruction from the Hennessey Fire at Spanish Flat at Lake Berryessa. 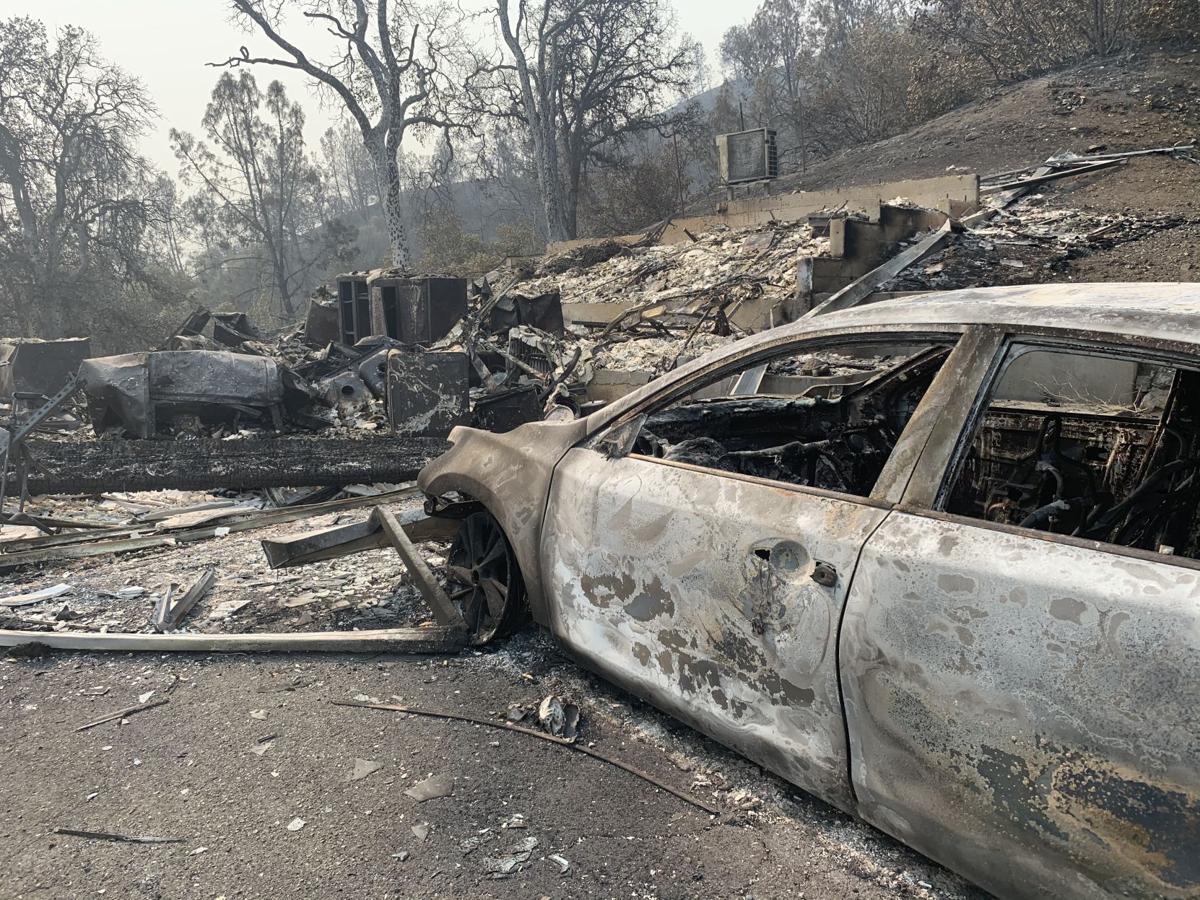 A home on Sugar Loaf Drive near Lake Berryessa. 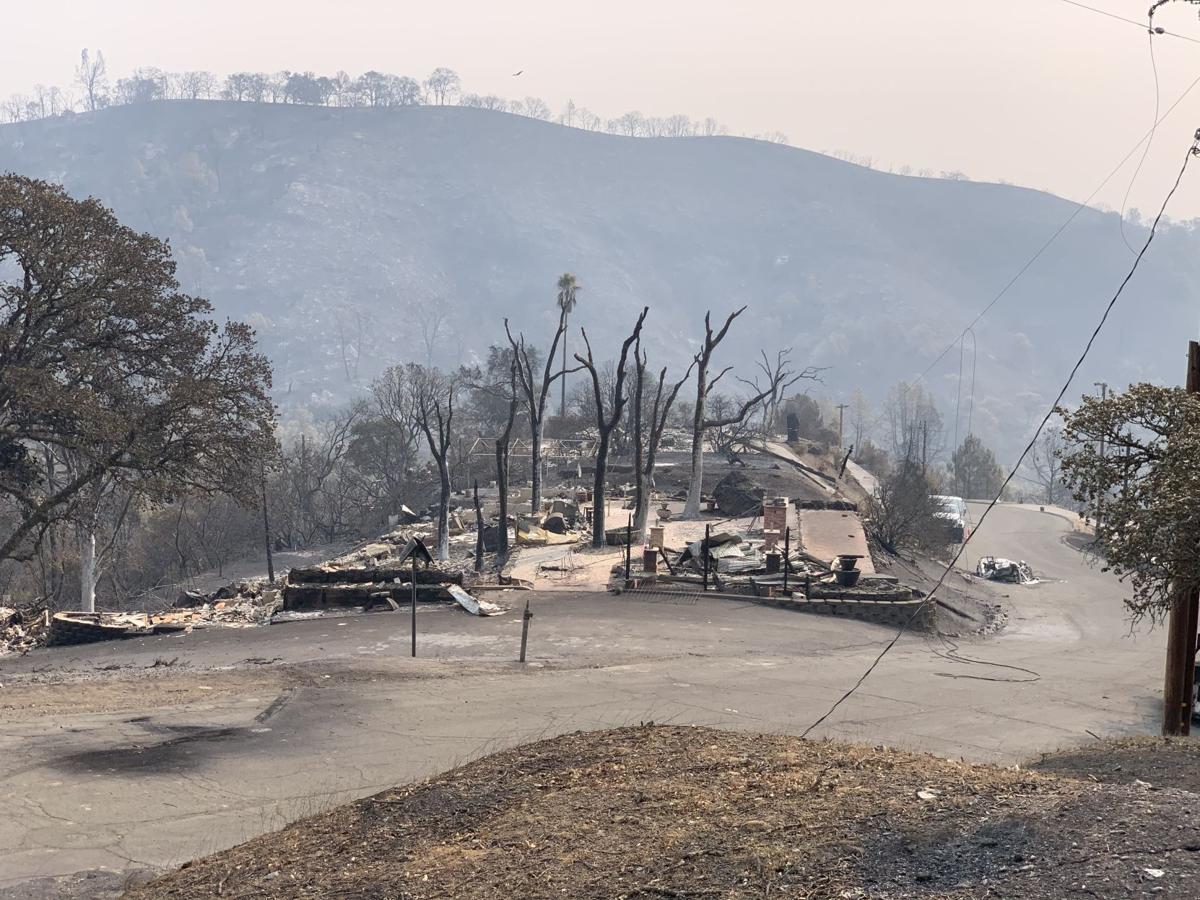 A view from Sugar Loaf Drive at Lake Berryessa.