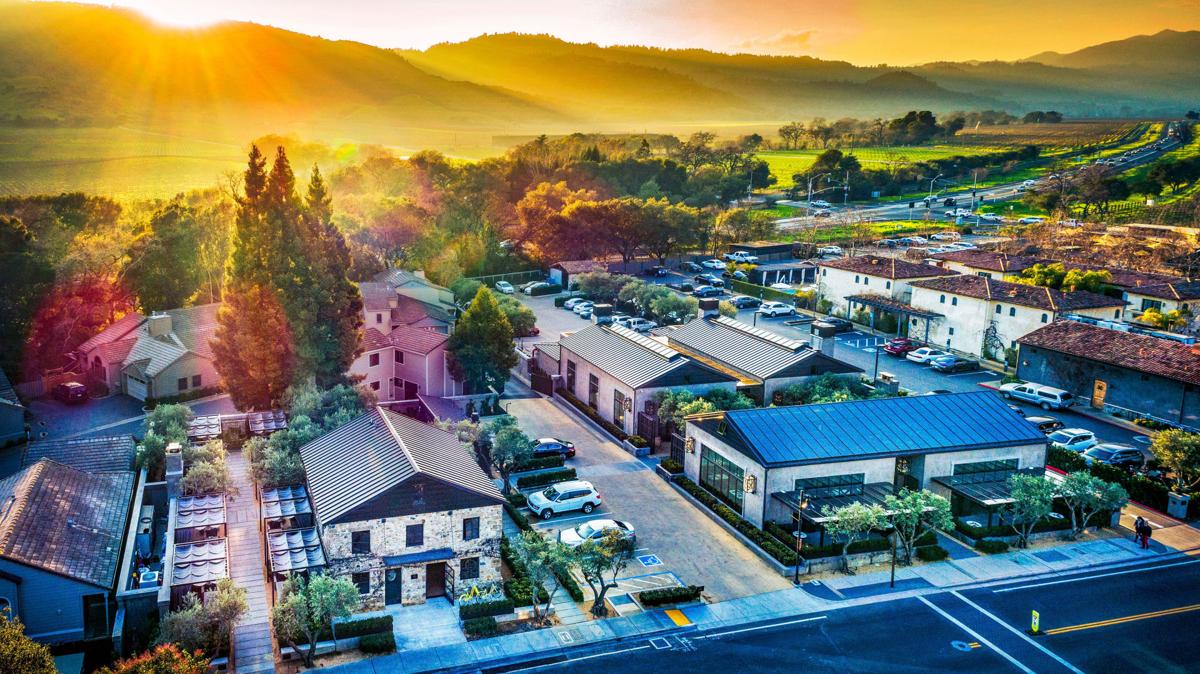 RH Yountville at sunset. The Ma(i)sonry “wine vault” on the left is currently dedicated to wine-tasting, whereas the three buildings on the right include the street-facing restaurant and two design “galleries” behind. The Yountville property was recently sold to a new ownership group for $23.5 million. 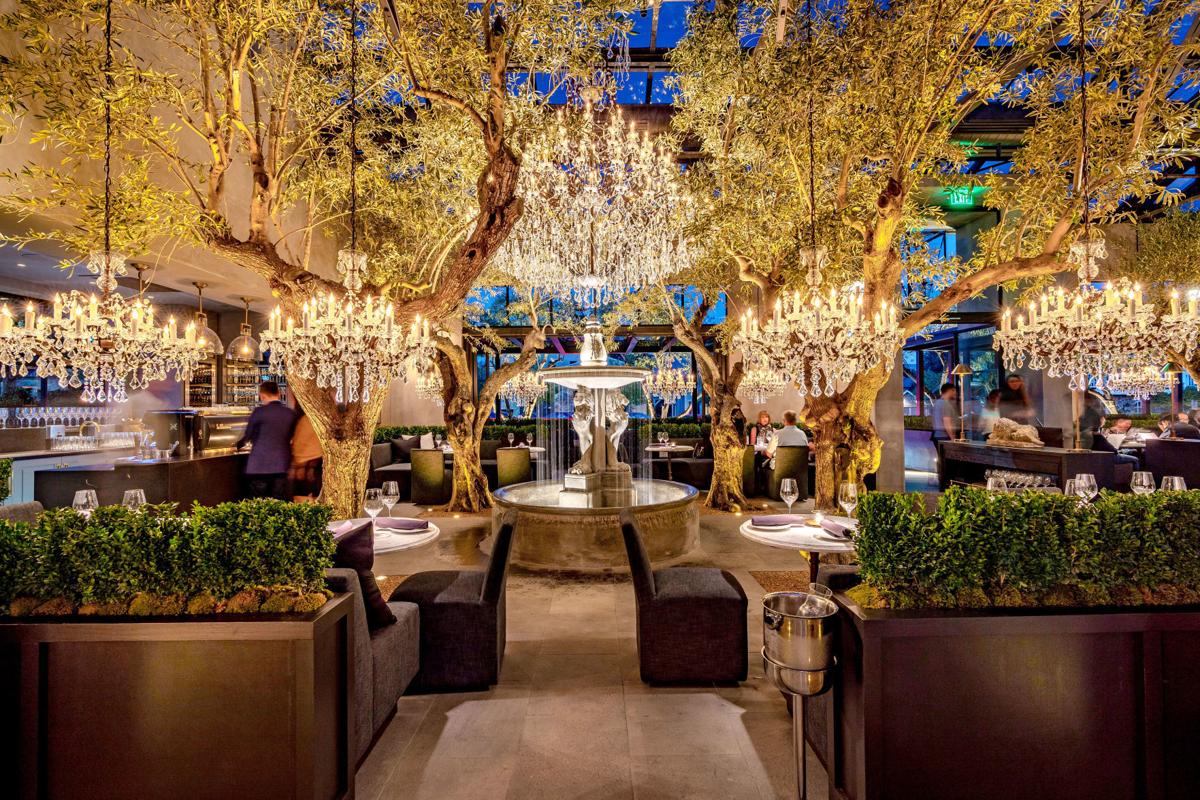 The RH Yountville Restaurant. The Yountville property was recently sold to a new ownership group for $23.5 million. 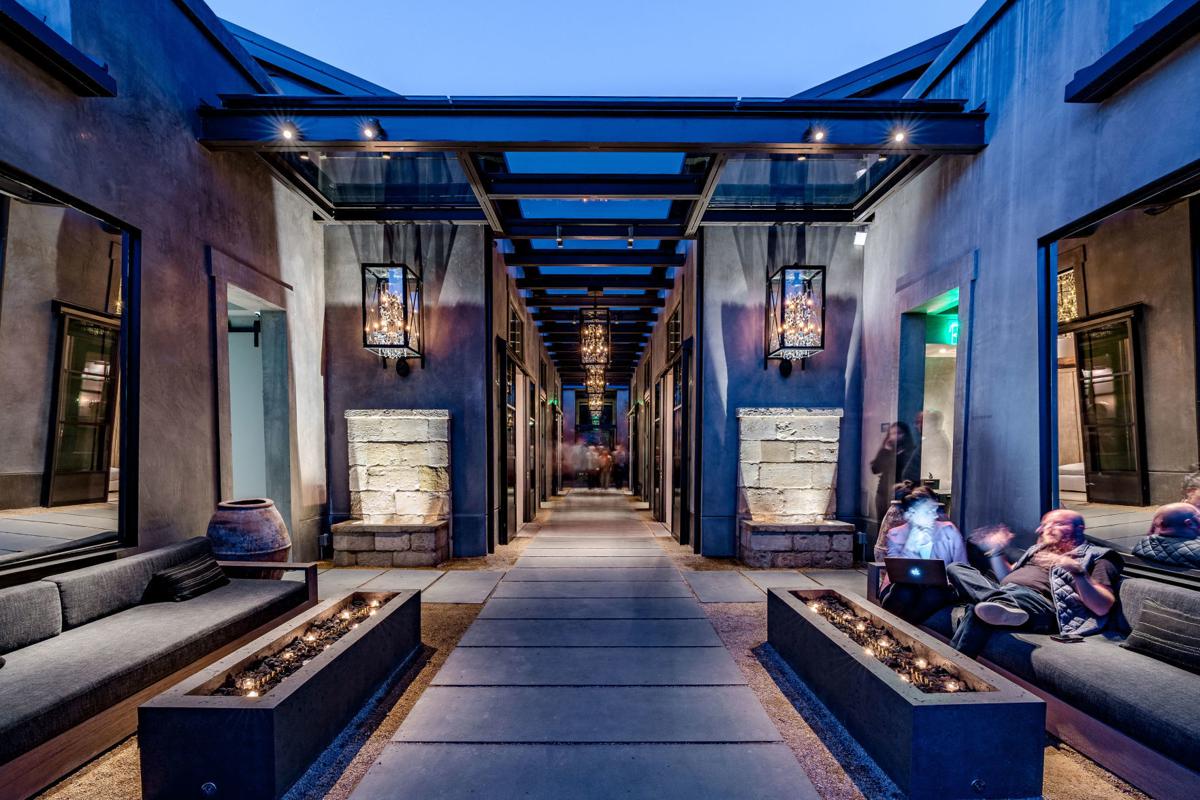 The various outdoor seating options available throughout the RH Yountville complex. The Yountville property was recently sold to a new ownership group for $23.5 million.

The property home to Yountville’s Restoration Hardware was sold on Oct. 23 for an estimated $23.5 million, according to county deed records. It was first listed for sale for $25 million in January.

The seller is RH Yountville, Inc. of Corte Madera. The buyer is Yountville RH, LLC with a mailing address in Newport Beach. The five-building campus was completed in 2018. It’s located at 6725 Washington St. in Yountville.

On the same date, Yountville RH LLC leased the property to Restoration Hardware Inc. for a term of 45 years, according to the Napa County Assessor office. Based on the transfer tax paid, the lease is worth $67.8 million.

Representatives from both the buyer and seller could not be immediately reached for a comment. Hanley Investment Group and Eastdil Secured were the listing agents for the property.

The company has been using “build-to-suit with a sale to leaseback” to help fund construction projects. In essence, a leaseback allows a company to build and then quickly sell the new building (often back to the construction company that built it).

After the sale, RH leases the building back and incurs a “minimum lease commitment” on their balance sheet (the cost of the lease over time).

According to town Mayor John Dunbar, “Over the last few years, we’ve been experiencing significant investment in Yountville by financial entities that recognize the value of our town’s business community.”

“We’ve seen several of our longtime family-owned properties take advantage of the market’s interest in the quality and uniqueness of Yountville. While I consider these major investments in Yountville to be positive, I will continue to stress to these new business partners that we need to work together to protect our community character and the quality of life that makes Yountville such a special place.”

Dunbar said he doesn’t expect changes to the operations of RH Yountville. “It appears to be the transaction only will impact the internal financial operations of the global RH company,” he said.

According to an earnings statement, the sale is part of a real estate strategy designed to “significantly increase profitability and return on invested capital.”

That includes migrating from a leasing to a development model. The company currently has two Galleries — Yountville and Edina (a suburb of Minneapolis) — using this new model.

Such a sale-leaseback should allow the company to recoup all of its capital, the company stated.

It includes a tasting room, multiple design galleries and a restaurant with a wine bar at one end. Outdoor open patios intersect with each building, the overhead branches of ancient and gnarled olive trees forming a lacy ceiling.

Before Chairman and CEO Gary Friedman took over RH in 2001, the company was near bankruptcy. Today, RH is a publicly traded company worth over $3 billion, with nearly 90 outlets selling luxury home furnishings that include furniture, lighting, textiles, bath accessories, decor, outdoor and garden design elements, as well as baby and child products, records show.

Integrated across multiple channels of distribution — stores, catalogs and websites — the Corte Madera-based company has become known for its clean and stylish designs and its ginormous annual mail-order catalog that in 2014 reached a peak weight of 17 pounds.

Over the last few years, RH has been “…creating spaces that are more home than store,” Friedman told the San Francisco Chronicle.

Yountville's Restoration Hardware property has been listed for sale for $25 million.

Behind the 'eye candy': A look at Restoration Hardware's new Yountville complex

What started out as a story about a new restaurant in Yountville — asking, what’s the food like at RH? — morphed into a much bigger story abou…

A Yountville tasting room has gained the town’s permission to go beyond serving samples of wine to offering full glasses and bottles. However,…

After complaints from area homeowners about nighttime traffic and noise around the tasting room and art gallery, representatives for Restorati…

Growers fertilizing their vineyards had olfactory ramifications for Yountville residents on Tuesday.

RH Yountville at sunset. The Ma(i)sonry “wine vault” on the left is currently dedicated to wine-tasting, whereas the three buildings on the right include the street-facing restaurant and two design “galleries” behind. The Yountville property was recently sold to a new ownership group for $23.5 million.

The RH Yountville Restaurant. The Yountville property was recently sold to a new ownership group for $23.5 million.

The various outdoor seating options available throughout the RH Yountville complex. The Yountville property was recently sold to a new ownership group for $23.5 million.