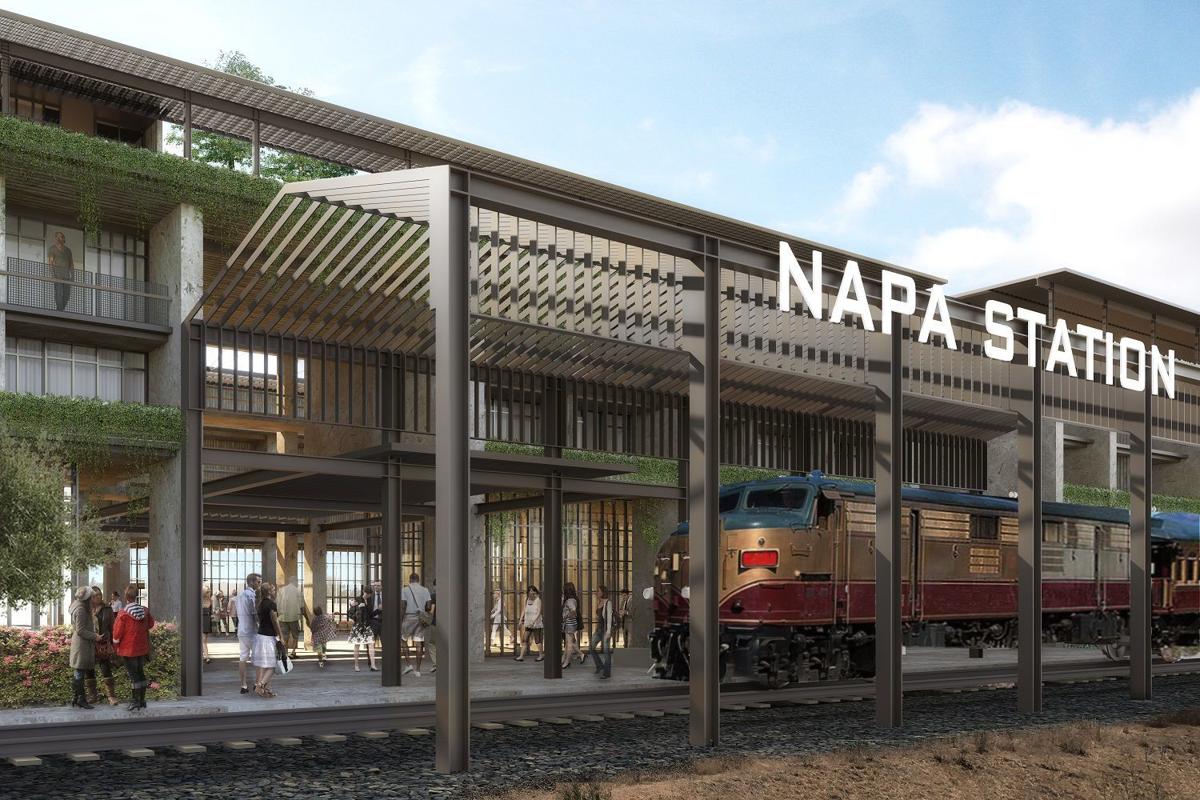 An artist image of the proposed Wine Train station on McKinstry Street as viewed from the tracks behind it. The city is currently reviewing the $100 million project. 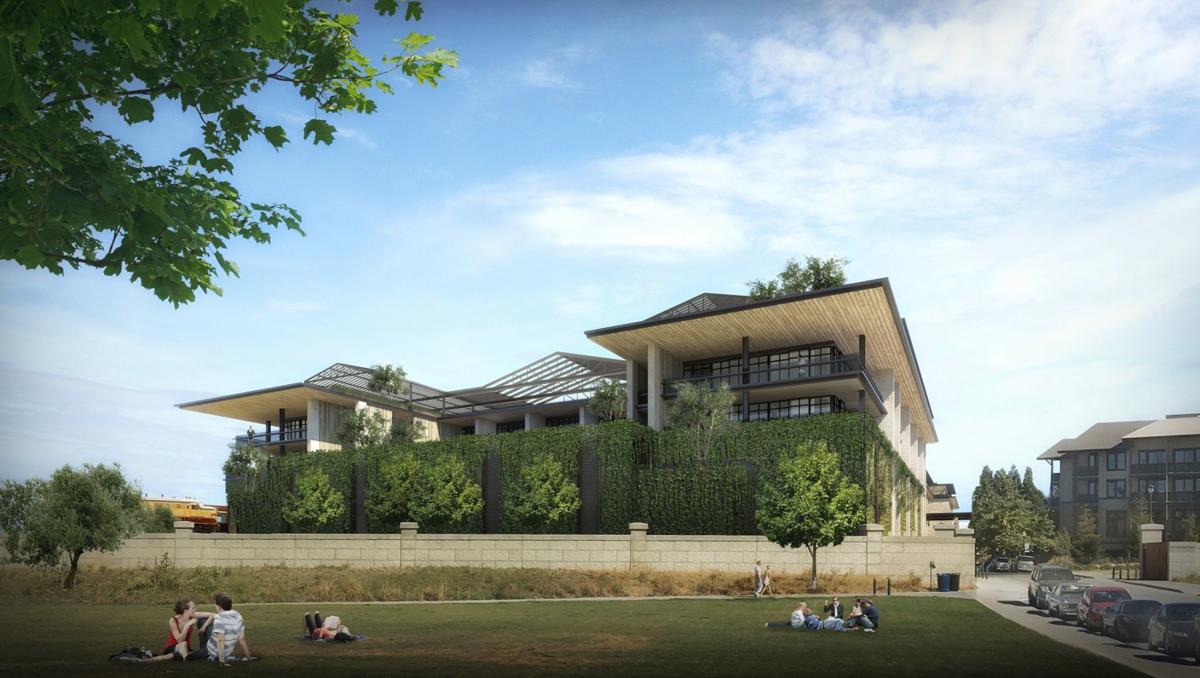 An artist image of the proposed Wine Train station, seen from the Oxbow Commons looking north.

An artist image of the proposed Wine Train station as seen from McKinstry Street. The project includes a hotel, a parking structure and more.

Inspired by hotel-train stations from the golden age of rail travel, the Napa Valley Wine Train owners have submitted revised designs to the city for a new train and hotel complex in downtown Napa.

“It’s modern but we want to evoke memories of the past and what train travel used to be,” said Greg Brun of Brooks Street about the revised designs.

Brooks Street, along with partner Noble House Hotels and Resorts, co-own the Wine Train, which runs dining and recreational trains between Napa and St. Helena.

The proposed development would replace the existing Wine Train station and parking lot on McKinstry Street.

The five-story project will include a 151-room resort hotel with an atrium, parking structure, restaurant, pool and spa and rooftop gardens as well as a train station.

After the city Planning Commission asked for refinements and other changes during a January 2018 review, the designs were reimagined.

According to Brun, the most significant design change is how Wine Train architects broke up the massing of the building.

City planners originally said the initial design risked being too massive in relation to its surroundings. They asked that the architects work harder at creating a hub that can avoid overwhelming its once-quiet surroundings, the Oxbow district by the Napa River.

“We incorporated some breaks so it didn’t look so monolithic,” said Brun. In addition, “We added an arch feature above where the train pulls in” to create a porte cochere passageway.

Historical train stations in Europe and the U.S. typically feature such an entry, he said.

Brun said the design was driven partly by the fact that the project includes parking for 379 vehicles, “and we wanted something that didn’t look like a parking garage,” he said. The architects, Olson Kundig, “were able to do a great job,” he said.

Materials used in the development will include stone, wood, finishes. “It will have some warmth to it.”

The Wine Train railway hotel would be just one of a handful of such properties in the U.S., said Brun. Others include the Crawford Hotel in Denver’s Union Station and the Union Station Hotel in Nashville.

“We’re hoping that folks appreciate that we’re bringing that to the Napa Valley and we’re going to accommodate the history of the Wine Train and a first class hotel.”

Brun said the complex will include “a lot of spaces that will be welcoming to the community, not just to the folks riding on the Wine Train or staying at the hotel.”

If everything goes as planned, he’s hoping for a groundbreaking as soon as the second or third quarter of 2020. Construction would take an estimated 20 to 24 months.

The image may be alluring: hotel rooms, a restaurant, shops and gardens surrounding a light-filled atrium, with views of the wine country beyond.

The owners of the Napa Valley Wine Train have submitted an application to the city to build a 348,000-square-foot, five-story resort at the cu…

Santa Train performers hit the rails for the holidays

Seven-days-a-week, at 3:30 p.m., a select group of 16 employees gather at the Wine Train commissary building in Napa to get dressed for work.

What’s the next best thing to riding the Wine Train? For some customers, it’s buying their own, albeit, miniature version of the Napa Valley r…

Both locals and visitors will notice a change to the Napa Valley Wine Train in the coming months: unusual train cars.

The Napa Valley Wine Train has sold the first three of as many as 17 excess parcels of unused land, generating millions for the rail tour business.

The railroad that carries vacationers north from Napa into the wine country is exploring a shift of its operations – in the opposite direction.

An artist image of the proposed Wine Train station on McKinstry Street as viewed from the tracks behind it. The city is currently reviewing the $100 million project.

An artist image of the proposed Wine Train station, seen from the Oxbow Commons looking north.

An artist image of the proposed Wine Train station as seen from McKinstry Street. The project includes a hotel, a parking structure and more.