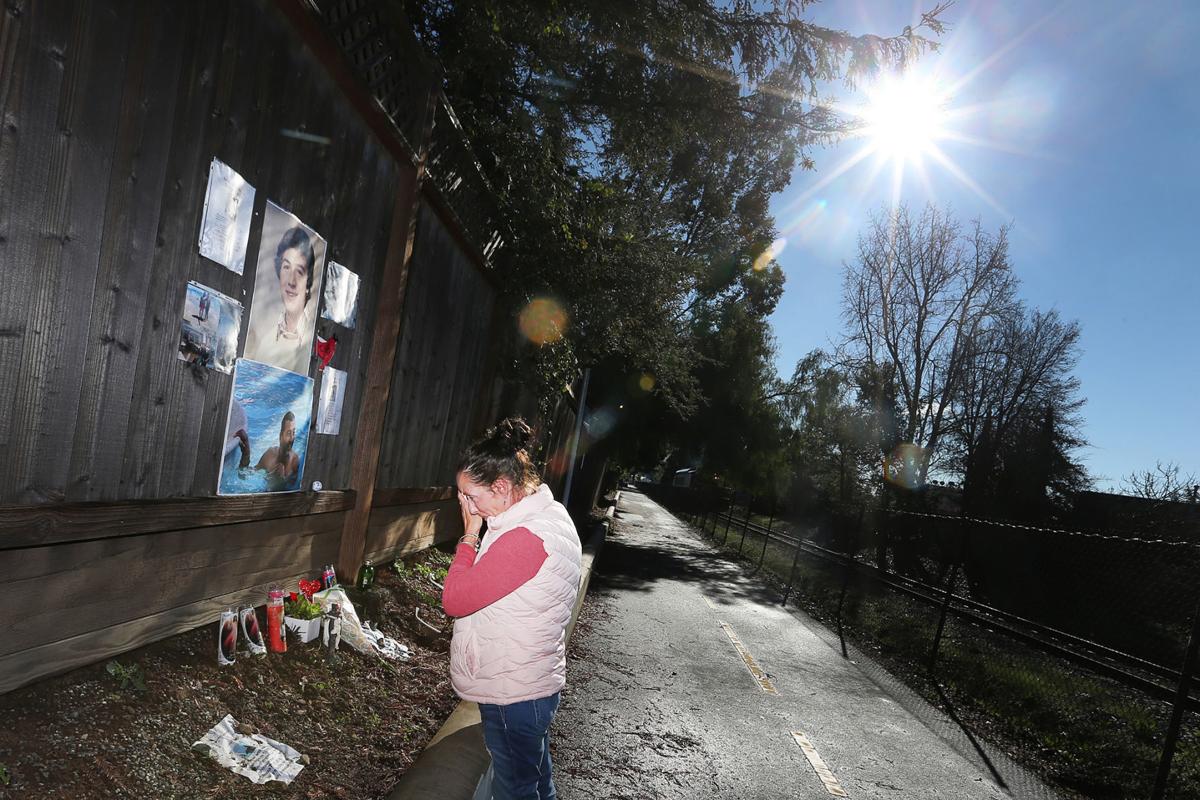 Nancy Duarte of Fairfield wipes away a tear while visiting a memorial that has sprouted along the Napa Valley Vine Trail where Douglas Davis Jr. was attacked last week near Main Street and Central Avenue. Duarte says she has known Davis for more than eight years and they were once housemates in Napa. She was back in Napa for a medical appointment on Tuesday and wanted to stop by and pay her respects. 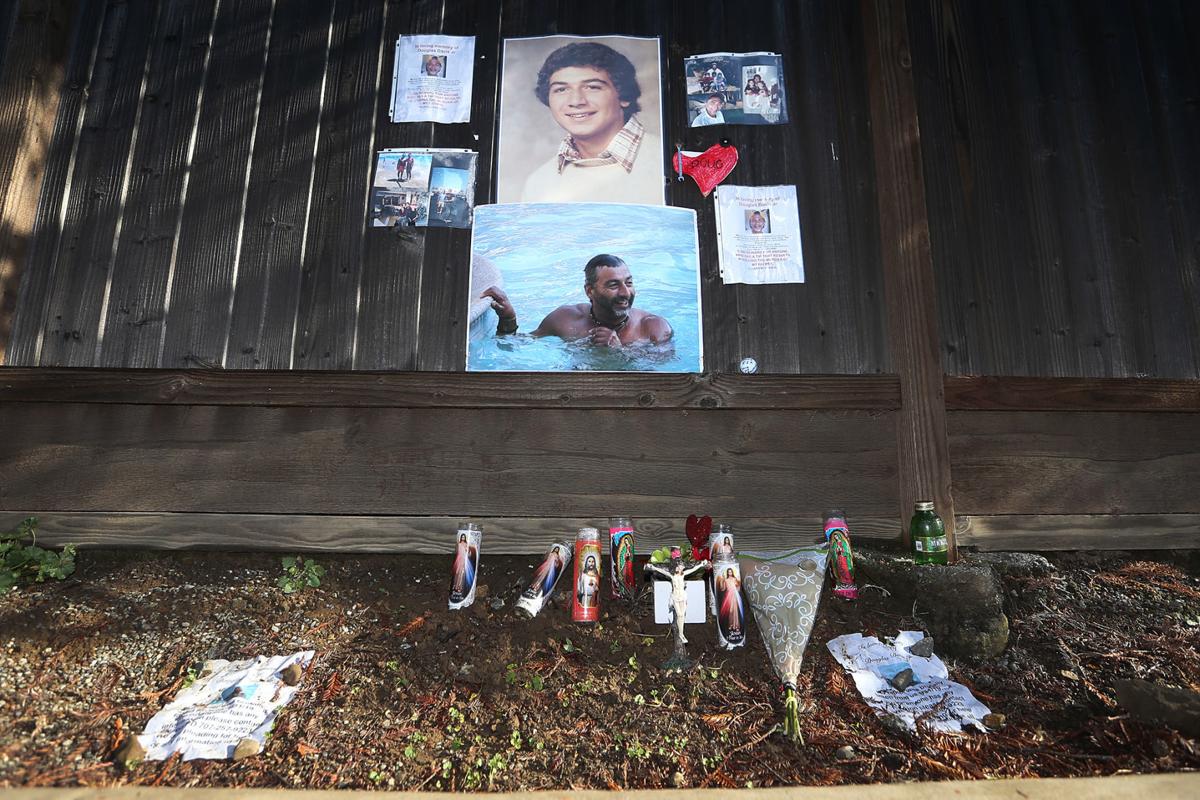 A memorial has sprouted along the Napa Valley Vine Trail where Douglas Davis Jr. was attacked last week near Main Street and Central Avenue. He later died from his injuries and authorities are investigating the crime as a homicide.

A vigil is planned Wednesday night for Douglas D. Davis Jr., the 54-year-old Napa man who died after being attacked while riding his bike on the Napa Valley Vine Trail.

The Napa Police Department is continuing its investigation into last Wednesday night’s homicide on the Vine Trail, just south of the intersection of Main Street and Central Avenue. Police have not divulged additional information about the investigation since announcing Davis’s death.

Family members said they will hold a vigil at 6:30 p.m. Wednesday at the site of the attack, where friends and family have set up an impromptu memorial. Relatives, friends and coworkers from Safeway are expected to attend, a family member said, but the event will be open to the public.

“I want this to be loud,” said daughter Andrea Davis, 22, of Napa. “I don’t want Napa to forget. Just because it might seem like old news to you, it’s still rocking my world.”

Neighbors in the area said that part of the path is pitch black at night, and is occasionally a hangout spot for drunk or rowdy visitors. Davis often rode his bike along the Vine Trail and felt safe doing so, father Doug Davis, Sr. said last week.

His family has offered a $5,000 reward for anyone whose tip to Napa Police helps solve the murder.

Andrea hopes to work with the city and Vine Trail to raise and secure grant funding for better lighting along the path. She said she’s been told by someone with the Vine Trail that such improvements could cost $100,000 to $250,000.

“I need my dad’s death to start change,” Andrea said. “I need his death to mean something.”

Papa Murphy’s pizza shop and ice cream sandwich shop CREAM will be raising money next week for the Davis family’s efforts, said owner Money Sangha. The family will receive $3 of every pizza purchased at Papa Murphy’s Monday and $1.50 of every item purchased Tuesday at CREAM.

Davis was a regular customer at Papa Murphy’s who loved toppings, Sangha said. He preferred to order the pie stacked with salami, pepperoni, sausage, mushroom, olives and onions.

Davis Sr. described his son as witty, “happy-go-lucky,” good-natured and a sports fanatic. Davis had lived in Wisconsin and Maui, but spent most of his life in Napa.

“If you met my dad, then he left an imprint on your heart,” Andrea said.

Son Sammy Davis, 27, remembered Davis as a kind, humble man who would help anybody who was struggling because he knew what that felt like. He had a way of connecting with everyone and making people feel important.

He recalled visiting his father on Maui while his wife, Jessica, was pregnant. Sammy said the island dramatically changed his father and he had never seen him so happy — he glowed from the tropical sun and told everyone he could that he would soon be a grandfather.

Sammy said he spent more time with his dad in the last couple of years than he ever had in his life. Davis would call often, ask about Sammy’s daughter or come over to drink a couple of beers and head to a football game.

“He appreciated the time that he had on this earth,” Sammy said.

Davis struggled with drug use, but had committed to getting clean and strengthening familial relationships in recent years, his family said. He had three children and three grandchildren, with another grandchild on the way.

The most important thing to Davis’ family, said daughter Erika Orejola, 25, is getting closure by finding who is responsible for her father’s murder.

“He loved his kids very much; he had a really good heart,” she said, through tears. “No matter his struggles, he always remained a good, loving person.”Andrea is the youngest of Davis’ three kids and has taken the lead for her family in searching for information about his death. Andrea’s brother, Sammy is busy running his business, and Orejola is pregnant, she said. Her grandparents are heartbroken about their son’s death.“I really feel that I’m the only one who can do it,” she said of the family’s outreach for information to help solve the crime. “I know my dad would do the same.”

Andrea, who says she’s addicted to crime shows, said her obsession has taught her that people on the streets are the most likely to know what might have happened in this case that evening.

She’s been talking to groups of people she meets on the street, and visiting a homeless shelter, soup kitchen and The Salvation Army to learn more about who could have killed her father. Her interest in the case has spurred her father’s friends and coworkers to try to figure out what happened too, Andrea said.

Andrea has posted flyers with a photo of her dad, information about her family’s reward and the department’s phone number along the Vine Trail and across town.

“My biggest goal was to make it personal for them,” she said.

Andrea has decorated the trail memorial with family photos, candles, a cross, balloons and hearts. Others have left objects such as flowers and mementos. Neighbors who reside along the trail have given her permission to paint a mural along their back fences in his memory.

She wants the site of Davis’ attack “to look alive” with tributes to his life — and make it clear to whomever killed her father that he is missed.

“I love you daddy,” Andrea wrote in a Facebook post tagged #justicefordoug. “I’m never gonna stop fighting for you.”

Have a tip for police?

Napa Valley Crime Stoppers: Call the hotline at 1-800-450-9543, visit napavalleycrimestoppers.com, or text 274637 with "NVCS" at the beginning of the message. Tipsters may remain anonymous.

A week earlier, Douglas D. Davis Jr. had been suddenly torn from the lives of his loved ones. On Wednesday night – on the trail where police s…

A planned nine-mile Napa Valley Vine Trail segment between St. Helena and Calistoga appears to be back on track after a photo-finish flirtatio…

While the search continues for the person who killed a man on the Napa Valley Vine Trail more than a month ago, his survivors are calling on t…

A candlelight vigil for Douglas Davis Jr. is set for 6 p.m. Friday, at the Vine Trail site where he was attacked a year ago.

Nancy Duarte of Fairfield wipes away a tear while visiting a memorial that has sprouted along the Napa Valley Vine Trail where Douglas Davis Jr. was attacked last week near Main Street and Central Avenue. Duarte says she has known Davis for more than eight years and they were once housemates in Napa. She was back in Napa for a medical appointment on Tuesday and wanted to stop by and pay her respects.

A memorial has sprouted along the Napa Valley Vine Trail where Douglas Davis Jr. was attacked last week near Main Street and Central Avenue. He later died from his injuries and authorities are investigating the crime as a homicide. 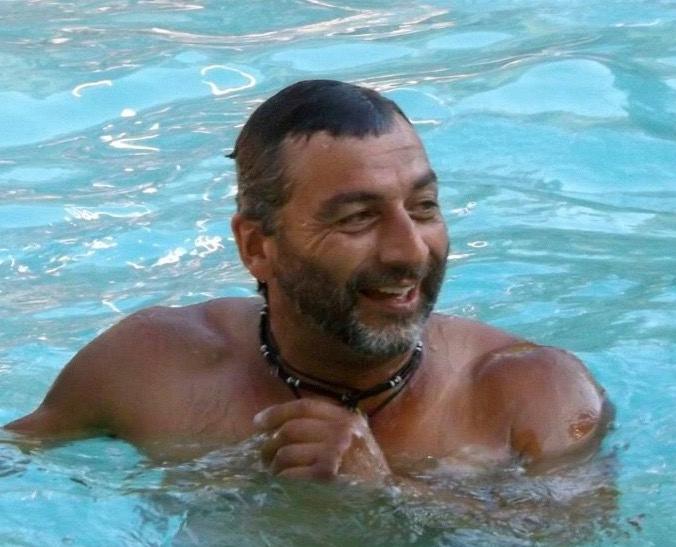