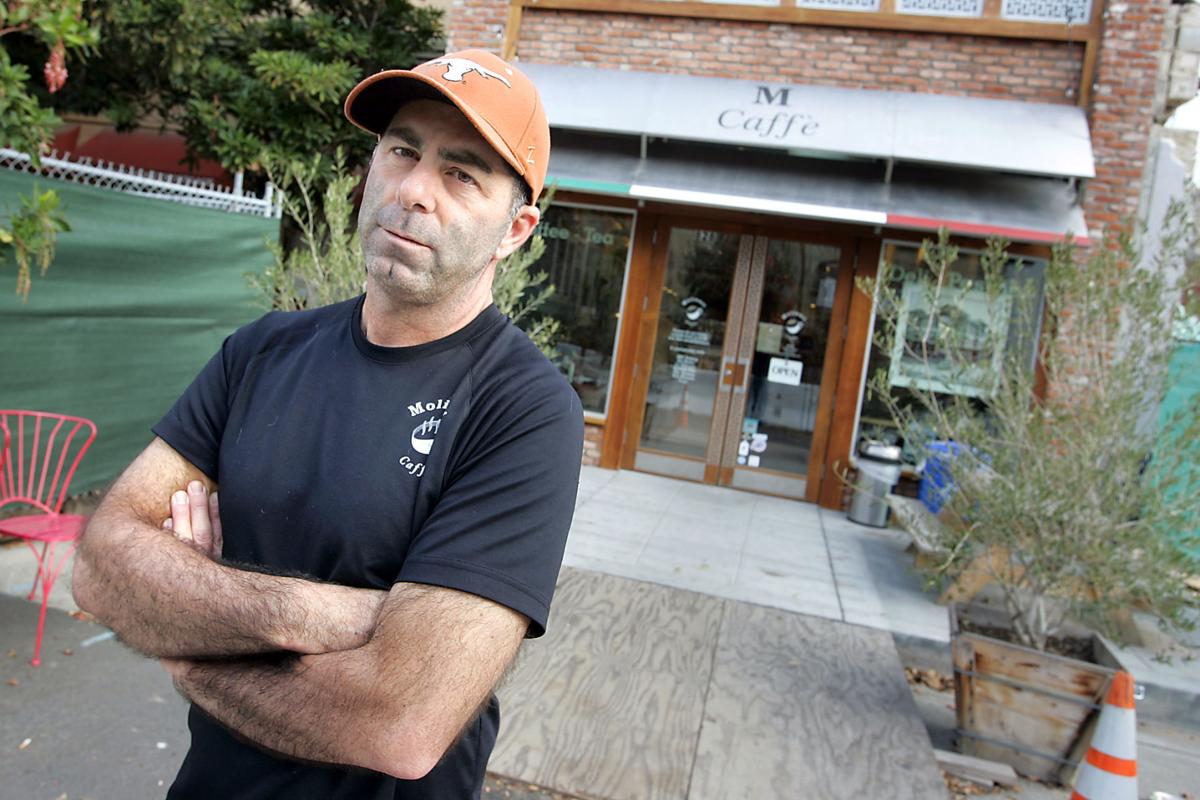 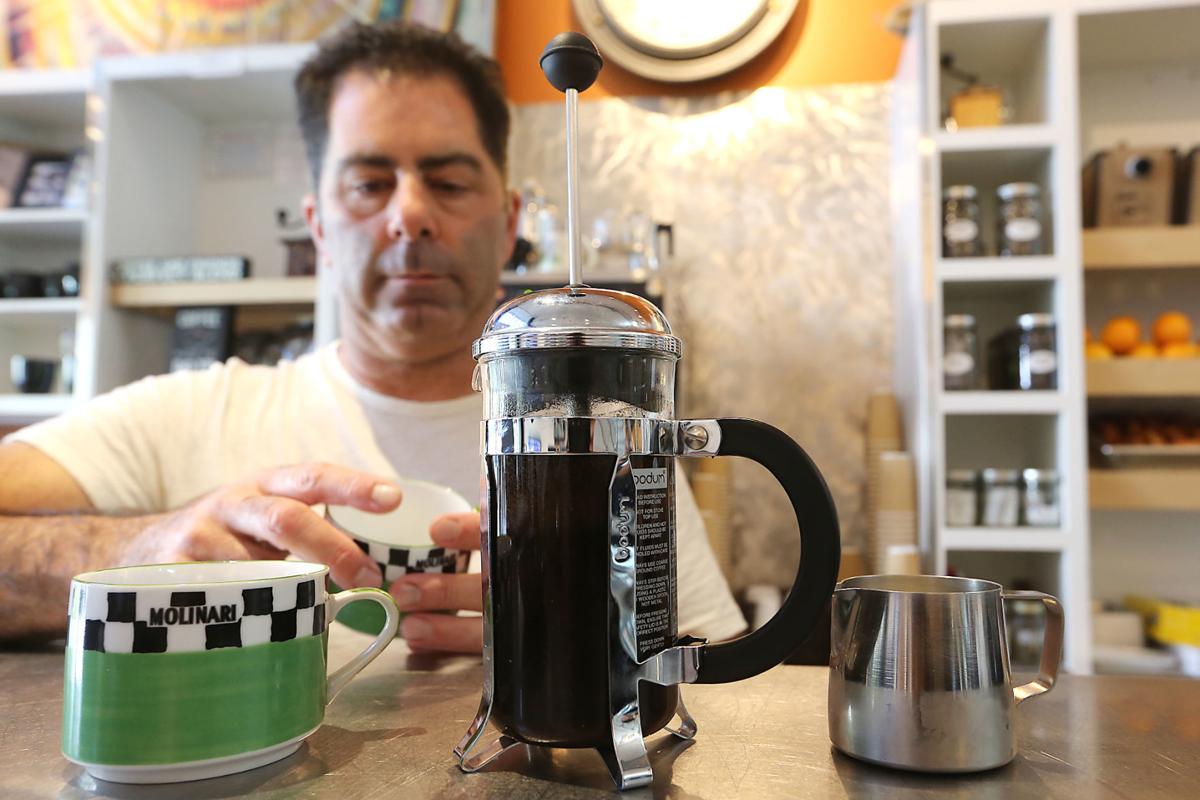 After surviving the start-up of a small business – a restaurant no less—the city’s 2014 earthquake and multiple severe wildfire seasons, Rick Molinari has departed Napa. The owner of downtown’s Molinari Caffè has moved to Bend, Oregon.

“I’ve done what I need to do, and it’s time for me to move on,” said Molinari.

That name may be familiar to some — Magsano owns Le Paris Artisan & Gourmet Café of American Canyon.

“I (was) looking for a place to Napa to expand because I have a lot of clients in Napa,” said Magsano. Molinari’s café “is really perfect for what I need.”

Molinari said he knew he had to leave Napa to be able to devote his full attention to his new projects. It would be too distracting to be too close to the café, he said.

“I worked my butt off” at the business, said Molinari. “I was married to it. That’s why I wanted to put it aside now. I wanted to finally get my coffee line going,” along with a beer and chocolate business.

Molinari said he knew from the start that passion drives a café – not money. That passion sustained him during some tough times — especially after the 2014 earthquake and recent wildfires.

The city’s 2014 earthquake nearly leveled buildings on both sides of him on Brown Street. Thanks to a retrofit, inside his building there was minimal damage.

At first, “I was fine,” he said. The café reopened within a couple hours but subsequently got shut down for about a month “because they said both buildings next to me were possibly going to fall on my building.”

That closure hurt him, he said. In addition, the street was closed for repairs to both the courthouse and his block. Chainlink fencing deterred visitors.

While most earthquake damage was repaired in the immediate years after the quake, his next-door neighbor to the south was a glaring exception.

Building owner, attorney Brian Silver, made minimal repairs to the structure. To this day, it remains unfinished.

“It’s frustrating to see that it’s still like that,” said Molinari. “Especially in the last year,” because visitors from out of the area would remark about how surprised they were to see the damage remain, five years later.

“It’s an eyesore,” he said. “But you just learned to live with it.”

The wildfires of recent years didn’t hurt his business. Molinari said he was one of the few cafés open in the immediate area. Being located on the same power gird as public safety agencies is definitely an advantage, he said.

He stayed open until all hours, brewing coffee for first responders and public safety workers.

He said he had power and internet when many did not. “I was open for the community,” and his café was a hub. “That helped a lot.”

Creating a community gathering space is one thing he’s especially proud of, Molinari said. “It became an area where people could work and have a place to do business and connect.”

Would he change anything from his 10 years as the café owner? Molinari said he should have raised his prices, although that might have caused him to lose business and close anyway.

Perhaps he should have kept the deli part of his business open. “But it cost me a lot more money to run the deli than anything,” he said. “So to stay open, that’s where I needed to start cutting things.”

Downtown Napa could still use a grocery store and market, said Molinari.

“I should have found a location for an Italian market with flowers and fruit out front; But otherwise I’m happy with the way everything is,” he said.

Even though Molinari grew up in Napa, he said he’s always wanted to live in Oregon.

“It’s a great opportunity, and I can focus more on the beer, the coffee and the chocolate line.”

Molinari admitted the cold weather in Oregon is taking some getting used to. But, “it’s a growing town. There’s plenty of outdoor activities and opportunities to consult up here” in the food and beverage industry. He might also open up another food industry business. “I’m looking to see what’s needed.”

Does he miss California? “No, because it’s easy to get to,” said Molinari. Actually, “I do miss the ocean. But I know I can come back and visit.” And his mother and sisters still live in the Napa area, he said.

“I do appreciate everybody in Napa,” he said. “In more ways than one, I’ve learned a lot. All the locals (and visitors) who have helped me — I want to thank everybody for everyone’s support. It’s not forgotten.”

Molinari said Magsano is going to do an amazing job. “He definitely is way ahead of the game. He’s a great guy. He’ll fit in perfect in that area.”

Describing the beautiful bouquet and flavor notes of a coffee make take a little getting used to, but it comes with the territory when you’re …

Out of sight is out of mind, and, the owner of a downtown Napa cafe fears, out of business soon.

Brian Silver’s quake-damaged downtown buildings are being stabilized this week.

Jimtown Store to close by end of year because of wildfires, expensive housing

The Jimtown Store in Alexander Valley will close at the end of the month, its owner said Wednesday.

The evolution of downtown Napa continued in 2019, with new businesses opening and a major hotel planned.

I am taking this time to thank everyone for your loyalty and friendship to my son, Riccardo and Molinari Caffè, as well as to me, Mom.