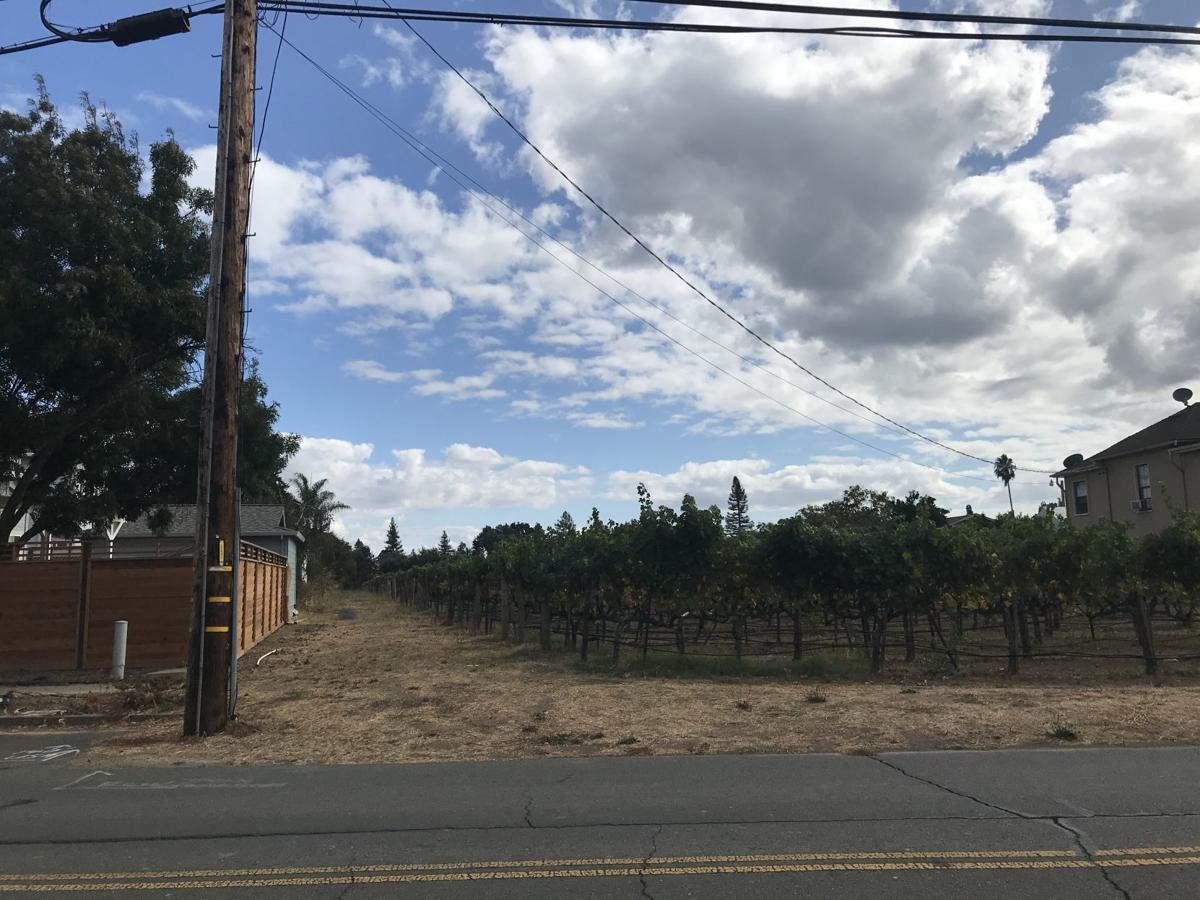 Home Ranch Vineyard, part of a dwindling number of vineyards within Napa's city limits, is surrounded by residential housing. 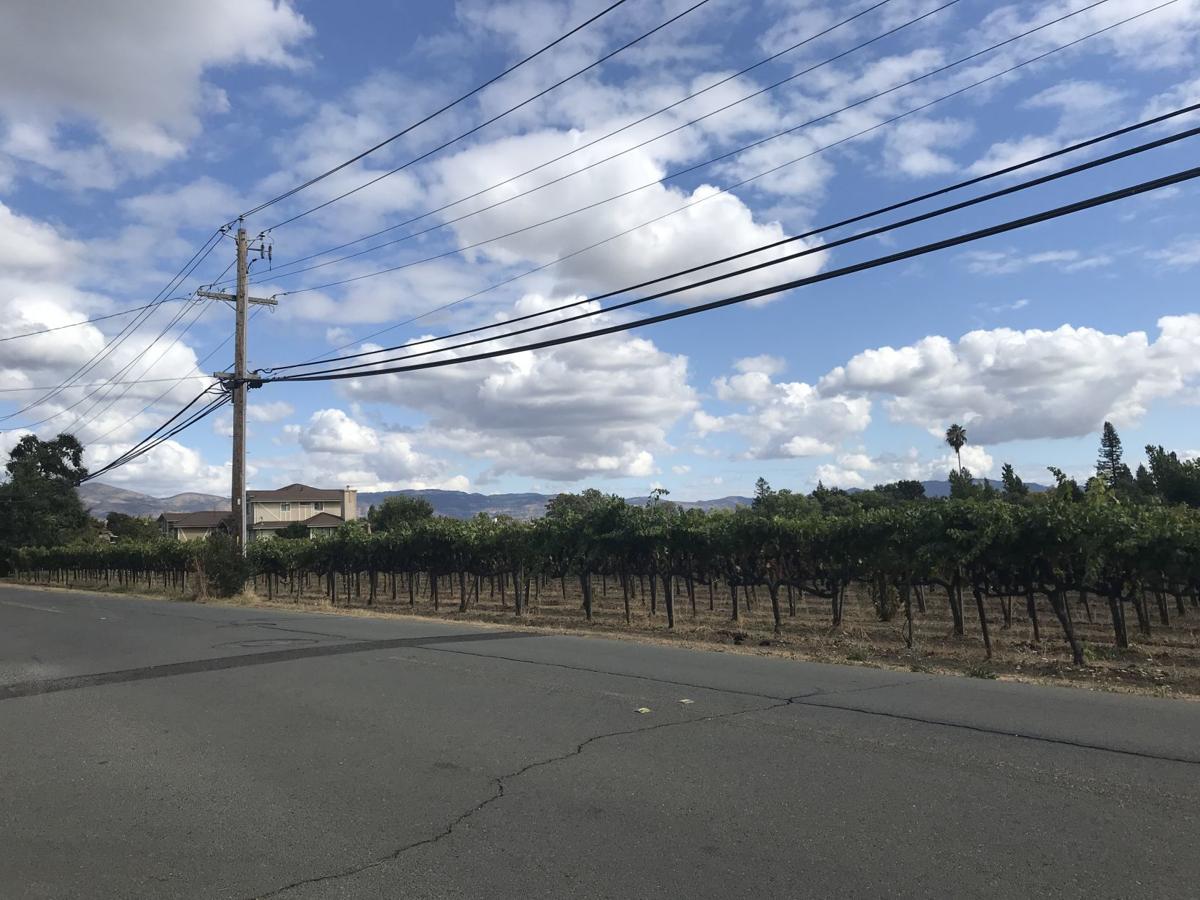 Home Ranch Vineyard on El Centro Avenue in Napa, which Robert Biale said is the sight of a proposed development project. 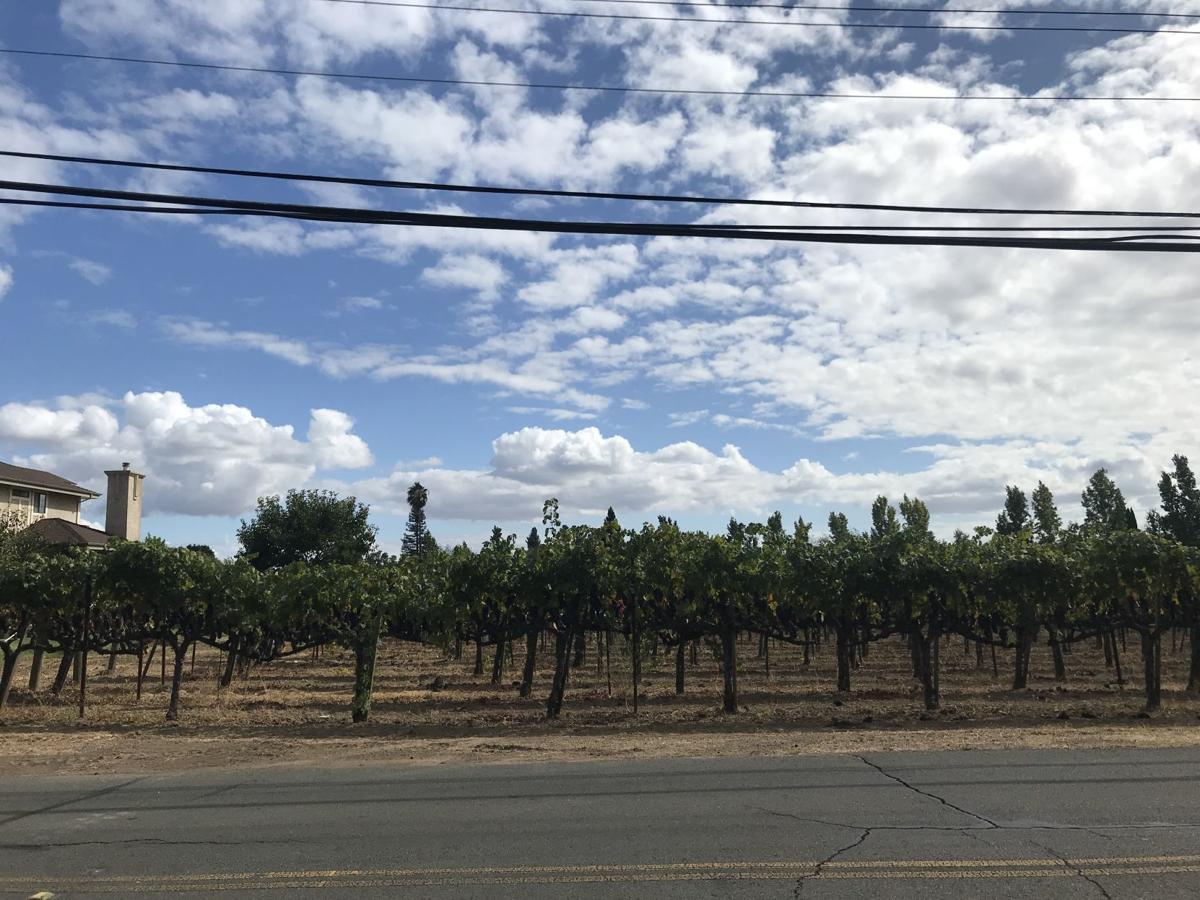 Robert Biale Vineyards has submitted a plan to the city for a single family home subdivision on the land that now hosts one of its vineyards, co-owner Bob Biale confirmed.

The land, which runs along El Centro Avenue and is bordered by residential housing in Napa, has been in Biale’s family since 1937. Biale and his siblings, Sandra Rossomando and Mark Biale, who each own equal shares of the vineyard, began discussing the fate of the property a few years after the death of their father, Aldo, almost a decade ago.

Biale said the planned development and sale of the land is part of a larger effort to settle the family’s estate, which gained traction after the death of their mother, Clementina, in April of 2017.

“The simple truth is in order to save some land, we had to sell some land. It’s not an easy decision by any means,” Biale said, adding that Aldo’s Vineyard, Biale’s vineyard on Jefferson Street, will remain. “The fact is it was my grandmother’s home site, and to give that up – you can’t replace that. In our mind, it’s priceless.”

Randy Gularte, the real estate broker who is working with Biale on developing the project, said the lot would encompass “approximately 53 single family homes”. Gularte’s team, which includes designer architect Kirk Geyer and civil engineering firm RSA+, is currently reworking the submission based on comments from the city of Napa, he said.

“We’re looking forward to making it work for the city, because we definitely need housing,” he added.

Ali Shull, whose home on El Centro Avenue directly faces the vineyard land in question – which Biale and his family call the “Home Ranch” – said she’d first heard “rumblings” about the land’s future about two and a half years ago.

“What we’ve heard is that they’re trying to be cognizant of the style (of the development),” Shull said, adding she perceives the family as respectful toward their neighbors. “I think it’s a sign of the times. They’re the people that are left from a family that has owned the land forever… it’s just progress.”

One neighbor, who declined to give their name because they said they had hired a lawyer to discuss seeking concessions from the developers, said they’d first learned of the proposed development about a year and a half ago, when Biale sent out a notice. They described themselves as resigned to the fact that the changes were “coming no matter what,” aware that the land is already zoned for housing. Their property backs up to vineyard land.

Gularte has worked on one other development built on existing vineyard land inside city limits, he said. That project, just off of Orchard Avenue in Napa, was purchased and is being built out by Lafferty Communities, a San Ramon based-firm.

Nothing will change from a wine-making standpoint, Biale said, since the timeline of the family’s decision to develop the land provided time to find new grape growing sites. The grapes from Home Ranch currently go into Biale’s Black Chicken Zinfandel, but the new vineyards should “come online” in time to replace any loss of fruit, according to Biale.

“It’s a personal loss, but like all things, goodness can come from it,” Biale said. “From a winery perspective, we’re gaining incredible new vineyard sites, and from the city point of view, they’re gaining a beautiful project. We think it’s the right call.”

There’s still much to be done for the project before any building begins, according to Gularte: he and his team are hoping to complete a second submission to the city in the next couple of weeks. The ensuing timeline will be dependent on whether or not the city’s comments are approving, he said. From there, the submission must go before the planning commission, and then before city council. If approved, the project must be purchased by a developer before any ground is broken, Gularte said, adding that “another growing year” could come and go for Biale before they sell the property.

Shull, who has lived in her home on El Centro for eight years, reminisced about the vineyard at harvest time – its absence will be a loss, she said, but one she added ultimately wouldn’t impact her quality of life.

Bremer Family Winery, which has been a focus of thorny county code and permit controversies, ran into a delay as it works to come into compliance.

In a surprise announcement, cannabis initiative to come off Napa County's March ballot.

Napa County threatens to take a wedding rental to court

Napa County is threatening to take the owners of a suspected illegal special events rental to court.

Home Ranch Vineyard, part of a dwindling number of vineyards within Napa's city limits, is surrounded by residential housing.

Home Ranch Vineyard on El Centro Avenue in Napa, which Robert Biale said is the sight of a proposed development project.