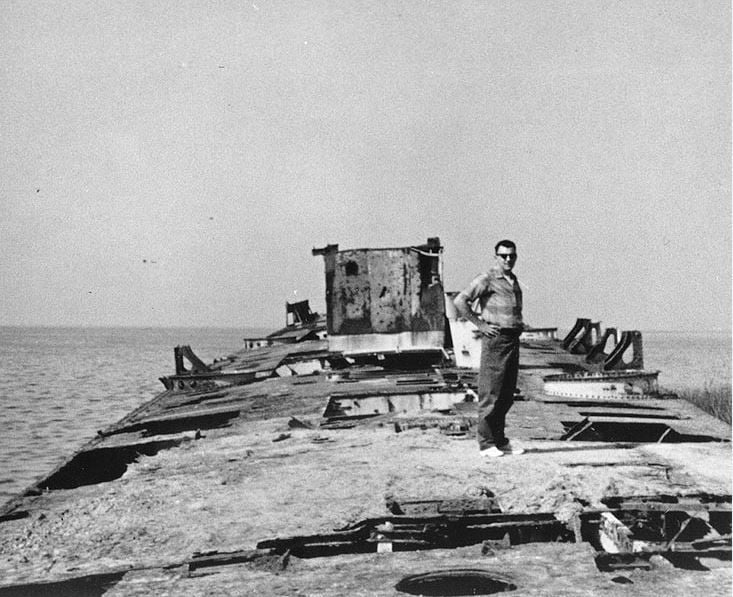 The deck of the USS Corry as it appeared in 1966. The remains of the Navy destroyer have been mired in mud along the Napa River at American Canyon since the 1930s. 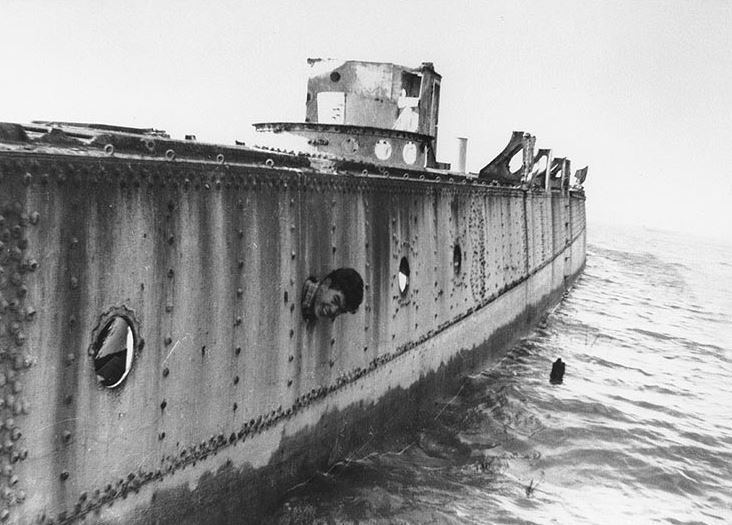 A young visitor to the dismantled USS Corry along the Napa River at American Canyon in 1939. The destroyer's remains are there today, but in worse condition. 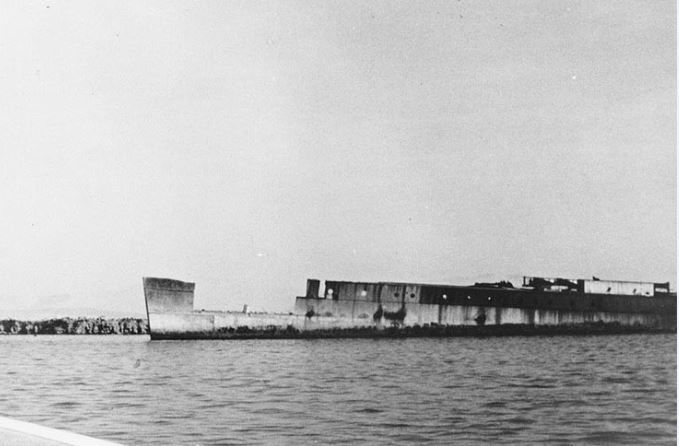 The partially dismantled USS Corry as it appeared in 1966 along the Napa River at American Canyon. The remains are still there today.

American Canyon’s wetlands area is home to a huge, rusting hulk of mystery mired in mud along the shores of the Napa River.

There sits the remains of the USS Corry, a World War I-era destroyer. The steel skeleton of the ship has been wasting away since the 1930s near Slaughterhouse Point.

What is a Clemson-class destroyer that once traveled the Pacific Ocean for the Navy doing there, like so much large-scale litter?

Kern will lead a history hike about the USS Corry that meets at 9 a.m. Saturday at the Wetlands Edge parking lot at the end of Eucalyptus Street. The event is sponsored by the museum and the American Canyon Community & Parks Foundation (ACCPF).

What’s known about the USS Corry’s demise is that the Navy no longer wanted the 314-foot-long ship by September 1930, nine years after it was commissioned.

“The Navy Department has set aside $500 to be used by Mare Island men in cutting up the old destroyer Corry,” the Lompoc Review reported that month. “The metal secured from the boat will be sold as junk.”

That’s apparently what happened. A photograph collected by the Naval History and Heritage Command shows the USS Corry being dismantled at Mare Island.

Kern said a private party probably bought what was left of the Corry. This mystery owner took remains of the destroyer from the Vallejo shipyard and, when done with it, left it along the Napa River.

“I’m guessing the new owners were intending to abandon it,” Kern said. “It was all probably done very hush-hush … I can’t really say what shape it was in when it was towed up there. I suspect the superstructure and anything of value had been stripped off at this point.”

NavSource Naval History mentions another possible reason the Corry is where it is—the ship was used as breakwater reinforcement.

There appear to be no articles from local newspapers in the 1930s that would solve the mystery. Kern has found nothing in the Vallejo Times-Herald. A search through the Napa Valley Register archives yielded no items on a Napa River destroyer.

The USS Corry was named after Lt. Cmdr. William M. Corry, who commanded naval air stations during World War I. The actions that posthumously won him the Medal of Honor came after the war.

Corry and another pilot were involved in a plane crash in October 1920 near Hartford, Connecticut. Thrown from the wreckage, the injured Corry pulled the other officer from the flaming aircraft. Corry died shortly thereafter from burns, according to the Naval History and Heritage Command.

American Canyon’s Corry is hard to reach on foot, given its wetlands locale. The history hike advertisement recommends that participants bring binoculars.

American Canyon resident Barry Christian is among those who have gotten up close, in his case by kayak.

“It’s never going to float again,” Christian said. “It’s been stuck in the mud for years with a big hole in the hull. I would say it’s in terrible shape.”

Kern said the ship has seen better days, even after its remains were deposited along the Napa River.

“As time goes by, it’s really kind of disintegrating more and more,” Kern said. “If you’d gone out there 20 or 30 years ago, it would have been much more recognizable.”

Black-and-white photos of the ship from 1939 and 1966 preserved by the Naval History and Heritage Command confirm this. One can at least envision from these images that the hole-riddled shell once sailed the high seas in its glory days, though this does take imagination.

One photo shows a grinning youth sticking his head out of a porthole several feet above the river waters. Another shows a man standing on the deck, though one wrong step would send him plunging through a gap. Another shows the ship’s torpedo tube bases.

One way to see the ship today is on the Google Maps satellite picture. To locate it, follow the line created by West American Canyon Road west through the wetlands to the banks of the Napa River and zoom in.

The USS Corry was built by Bethlehem Steel in San Francisco and launched March 28, 1921. Its time of service fell between World War I and World War II, so it has no glorious history of battles fought and won. It did such things as steam off from San Diego with 30 other destroyers for maneuvers in the Caribbean in 1924.

Even now, its fame as American Canyon wreckage isn’t known far and wide.

“I suspect more boaters and fishermen know about it than us landlubbers,” Kern said. “It’s easier to see if you approach it from the sloughs.”

But the USS Corry will have a moment in the spotlight on Saturday, as Kern delves into its mysteries for all who want to attend. The event is free for ACCPF members and open to others with an unspecified donation. Go to https://bit.ly/2Gwhf9N for more information.

The mystery of how the skeleton of a Navy destroyer ended up wasting away for decades in Napa River muck near American Canyon is solved.

A submarine that once carried nuclear missiles will be honored at Mare Island Naval Shipyard where it was built in the 1960s.

The deck of the USS Corry as it appeared in 1966. The remains of the Navy destroyer have been mired in mud along the Napa River at American Canyon since the 1930s.

A young visitor to the dismantled USS Corry along the Napa River at American Canyon in 1939. The destroyer's remains are there today, but in worse condition.

The partially dismantled USS Corry as it appeared in 1966 along the Napa River at American Canyon. The remains are still there today.