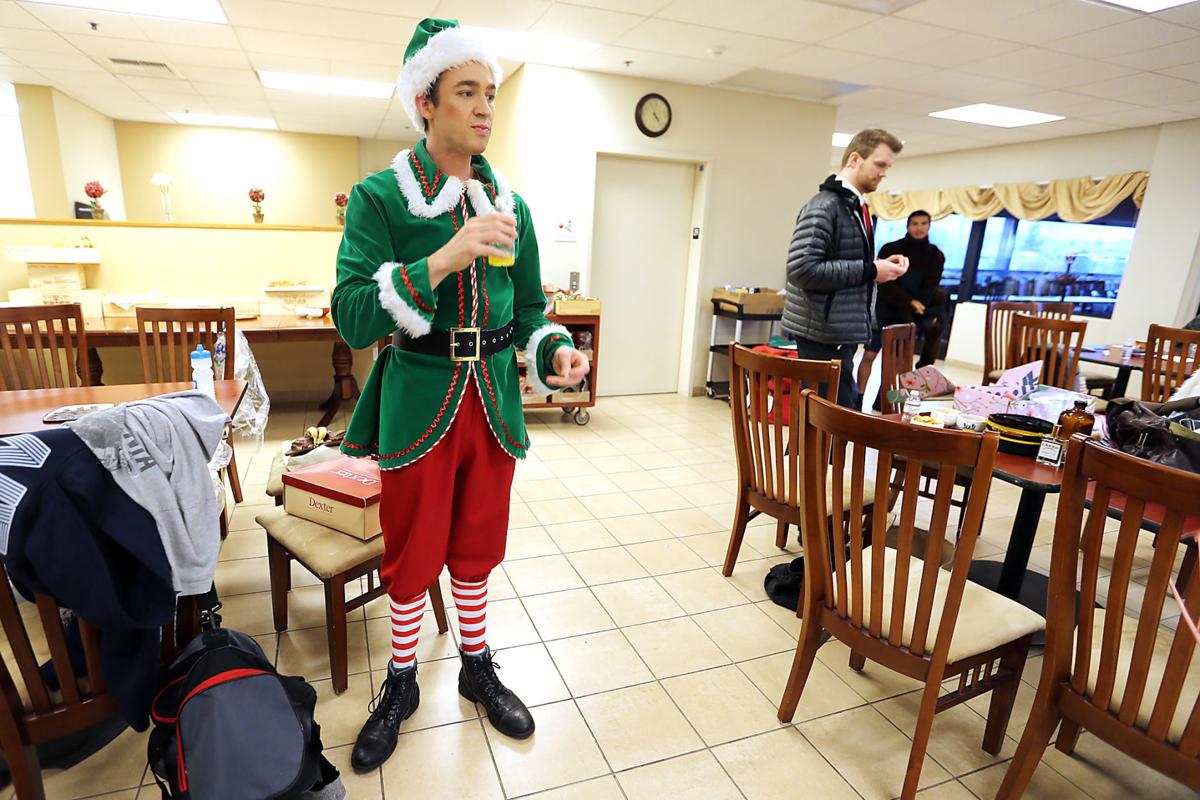 Michael Lumb, as Dash the Elf, in the Napa Valley Wine Train production of The Santa Train. 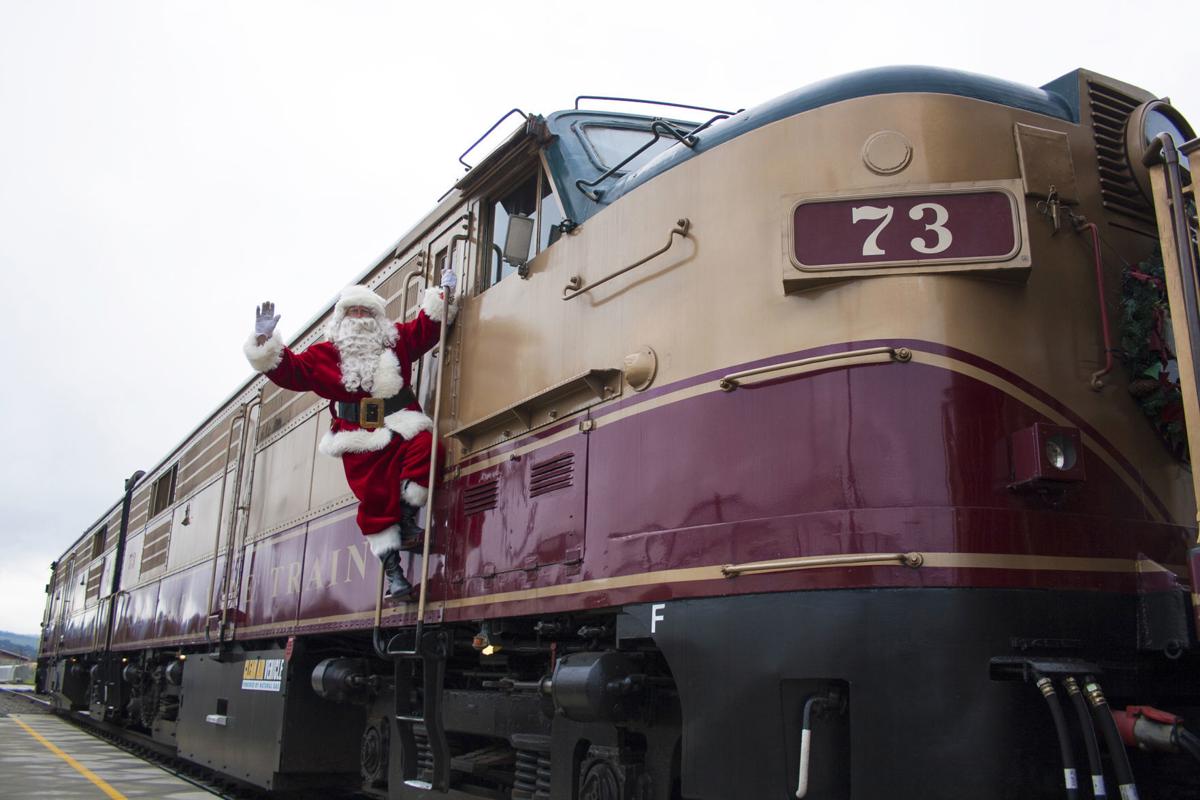 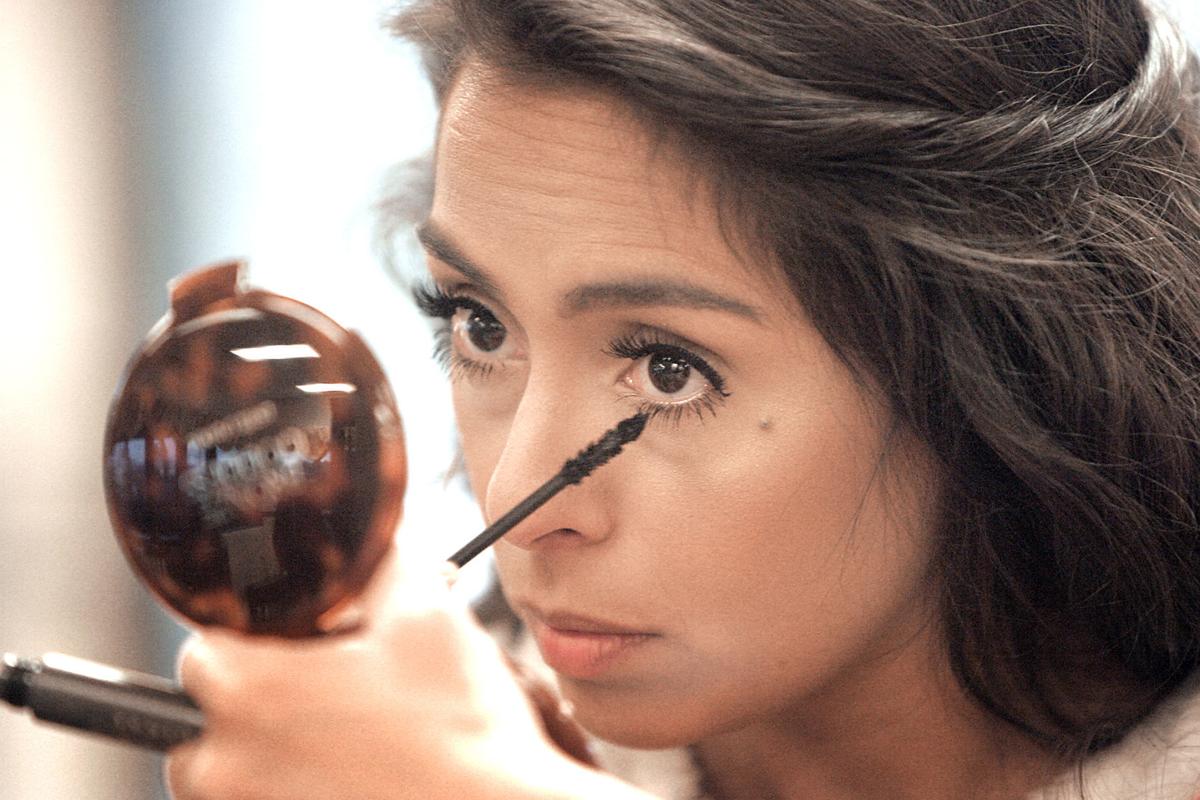 Alex Mazerolle, in the role of the Fairy Princess, applies makeup before a Napa Valley Wine Train performance of The Santa Train. 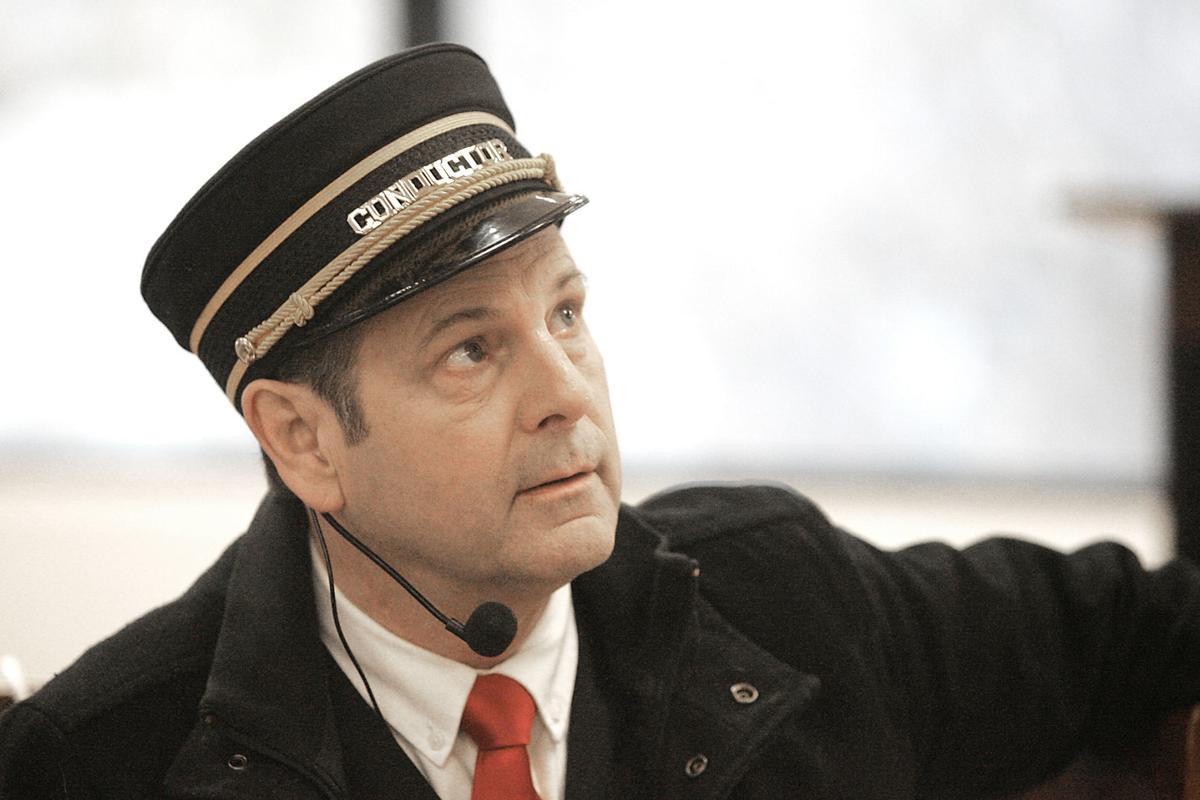 Eli Lindstrom discusses his role as the Conductor in the Napa Valley Wine Train production of The Santa Train. 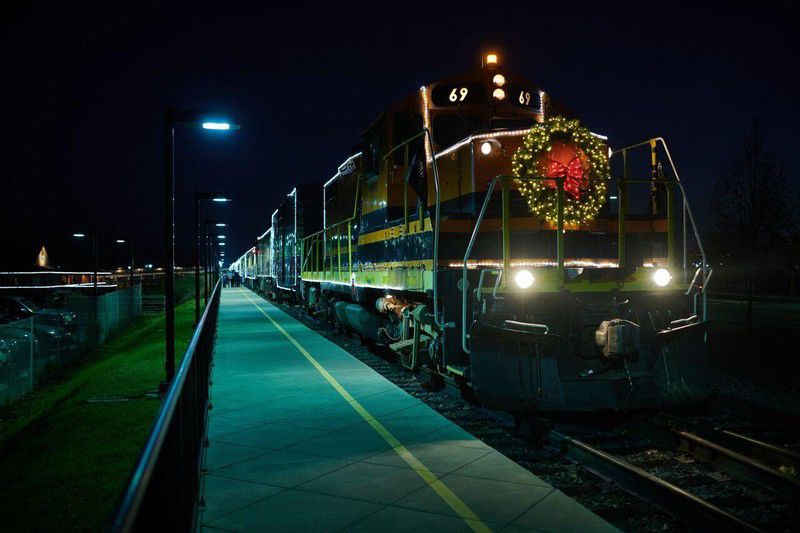 The Santa Train at night.

Seven-days-a-week, at 3:30 p.m., a select group of 16 employees gather at the Wine Train commissary building in Napa to get dressed for work.

But instead of chef jackets or server uniforms, their outfits are decidedly more elaborate, like a red jacket with white trim, red velvet pants, shaggy brown bear fur, white gloves and shiny black boots, and a sparkly fairy dress.

These are the actors that star in the seasonal Santa Train.

Offered daily, from Nov. 19 to Dec. 28, the Santa Train show begins at the Wine Train depot with a musical production number. The professionally choreographed production revolves around the story of Jolly the Bear and his wish to become an official Santa Train conductor bear.

Songs and other holiday treats continue on the train. In Yountville, the train stops for its return to Napa and riders are greeted by a North Pole winter wonderland scene. Naturally, Santa Claus makes an appearance.

Newton has been with the show since it debuted. Along with producer Kristin Hollowaty, the two are almost always working on some aspect of the production, he said. Auditions start in July and rehearsals at the end of August.

A working actor, Newton also does TV commercials and voiceover work. He’s the official on-site host of the Kentucky Derby and works as the on-court master of ceremonies for NBA and Pac 12 basketball games.

The Santa Train job makes up about 60 percent of his work year, he said.

Actor Jeff Nauer of Woodland portrays the central character on the Santa Train. To prepare for this key role, he starts growing his now-full white beard in July.

It’s his third year starring on the Santa Train.

“It’s an honor to play somebody that everybody likes even before they’ve met you,” Nauer said. Plus, “I love kids.”

Acting on a moving train “puts a new wrinkle” in a performance, but Nauer said he’s figured out how to stay upright – “keep your feet shoulder width apart and your knees bent,” he said.

Nauer said that when his character makes his grand appearance on the train, he’s always greeted by lots of cheering and smiling faces. That reaction “is what makes it all worthwhile.”

Actor Michael Lumb joined the Santa Train for the first time this year. In addition to acting jobs, Lumb also works as an Uber driver. But on the train, he’s known as Dash the Elf.

Lumb, who lives in Petaluma, said he has a lot of musical theater background so his elfin character is known for singing and dancing.

“It’s great,” said Lumb. Acting on the Santa Train “is a very unique experience. The characters are so interactive. Every show is different,” he said.

“This costume helps me embrace my elf-ness,” he said.

As many as 370 guests can ride the Santa Train at one time. On the busiest days the train runs twice a day. Over the entire season, the Santa Train can entertain as many as 13,000 guests. The actors are paid industry wages for each show day, said Newton.

Ian Elliott, who has played the conductor of the Santa Train for three years, is a working actor who lives in North Hollywood. During the Santa Train production, he stays in Cotati.

The fun part about the Santa Train job is that “I create the energy for people to be excited about the show.”

When he’s not working on the Santa Train or other acting roles, Elliott works as a bartender and Lyft driver, among other jobs. “I work the gig life,” he said.

Eli Lindstrom of Concord is also a working actor who plays a conductor on the Santa Wine Train.

“I’m a storyteller when I’m with the kids,” said Lindstrom. “We really get into the story” of the show.

In the acting community, the Santa Wine Train has a good reputation, said both conductors. Many film and other productions shut down for the holidays, but the Santa Train is a steady job that fits that time period.

“There are not a lot of jobs where you can say, ‘I’m really excited about what I’m doing,’” said Lindstrom.

The cast is one reason for that, he said. Because many return yearly, “we get to know each other.”

Holiday entertainment around the Napa Valley

Both locals and visitors will notice a change to the Napa Valley Wine Train in the coming months: unusual train cars.

Riding the rails from Napa to the ‘North Pole’

ABOARD THE NAPA VALLEY WINE TRAIN — Christmas Day was edging closer, and so was the North Pole – a riot of candy-colored lights shining near a…

Hang onto your candy canes. The Santa Train is on the roll again and this year the new owners of the Wine Train decided to kick it up a notch …

Inspired by hotel-train stations from the golden age of rail travel, the Napa Valley Wine Train owners have submitted revised designs to the c…

Michael Lumb, as Dash the Elf, in the Napa Valley Wine Train production of The Santa Train.

Alex Mazerolle, in the role of the Fairy Princess, applies makeup before a Napa Valley Wine Train performance of The Santa Train.

Eli Lindstrom discusses his role as the Conductor in the Napa Valley Wine Train production of The Santa Train.

The Santa Train at night.