Proposals have not yet flooded into Napa County as the result of a new California housing law that allows single-family lot splits, but the first few applications that take advantage of that law have begun trickling in.

Senate Bill 9, likely to be the most impactful of several housing laws that came into effect Jan. 1, makes it so homeowners can split single-family lots in two and convert single-family homes into duplexes — adding up to a potential total of four residential units on one single-family lot.

The law is intended to increase California’s housing stock amid a housing shortage of roughly 2 million homes statewide.

The city of Napa received four SB 9 parcel map applications in January. Each of the applications — for parcels of various sizes, in various parts of the city — are only seeking lot splits with no proposed development, said senior planner Michael Allen.

American Canyon, Calistoga, St. Helena, Yountville and Napa County received zero applications for SB 9 projects in January, according to planning managers from each of the cities.

A July 2021 analysis of the law’s impact from the Terner Center for Housing Innovation at UC Berkeley found that the law will result in about 714,000 new homes becoming financially feasible to build across California, which is about 5.4% of the state’s 7.5 million single-family lots.

Napa County’s share of those market-feasible units is roughly 5,000, out of 31,248 existing single-family lots, and the city of Napa’s share is roughly 2,700, according to the analysis.

Napa has a higher proportion of market-eligible lots than most other California counties, according to analysis. But the actual number of homes built as a result of the law will likely be much lower than what’s financially feasible, the policy director of the Terner Center, David Garcia, previously said.

At the local level, governments are required to consider SB 9 proposals ministerially. That essentially means applications are put through an administrative, pre-set process with no discretionary review or hearing.

Currently, St. Helena and Yountville are the only jurisdictions in Napa County to have passed urgency ordinances setting in place more stringent objective requirements than what’s mandated by state law. Both plan to update those requirements in the future.

Requirements established by state law include: lot divisions can only apply to lots at least 2,400 square feet in area; lots must reside in single-family residential zones, and lots cannot be located on prime farmland.

Additionally, restricted affordable housing or homes rented out in the past three years can’t be demolished for an SB 9 development; parcels can’t be in a historic district, nor can they be in a rural or high-fire zone, in wetlands or in a 100-year flood zone.

And, with lot divisions, applicants are required to sign an affidavit stating they intend to occupy one of the housing units as their main residence for a minimum of three years after approval.

But Yountville town attorney Gary Bell said at a Feb. 1 Yountville Town Council meeting there are a few places of the law not specified at the state level. That includes the size of the unit,  though SB 9 mandates a minimum size of 800 square feet in floor area. And, he said, state law doesn’t clearly define when an accessory dwelling unit or junior accessory dwelling unit is allowed in addition to SB 9 units.

The Yountville urgency ordinance, passed unanimously by the Yountville Town Council on Feb. 1, mandates a maximum size of 800 feet for SB 9 units — the same as the minimum size allowed by state law.

The ordinance also clarifies that SB 9 projects, in Yountville, can only be requested in Single Family Residential or Old Town Historic zoning districts.

“Those are the zones in the town where only single-family homes are on, and state law allows it to be limited in that way,” Bell said. “But in the absence of the ordinance, it wouldn’t necessarily be limited that way.”

St. Helena’s ordinance, passed on Dec. 14, 2021, requires SB 9 applications for either urban lot splits or duplexes to be submitted on an approved form, available under the applications and forms section of the planning department's website

Under the ordinance, property owners are also required to give a written notice of construction at least 30 days before starting construction on a lot split by SB 9 or a duplex created with the law.

St. Helena Councilmember Lester Hardy said at the December meeting that he was happy with that change.

“I’m really delighted that this ordinance includes notice of construction,” Hardy said. “I’m wondering if that isn’t something we can add elsewhere in our code where we’re dealing with ministerial approvals, so we reduce the element of surprise.”

The ordinance also adds on several required design standards, largely focused around privacy. For example, rooftop decks aren’t allowed on SB 9 units. If a property is less than 30 feet from another property line, windows are required to be frosted, created with obscure glass or placed at least six feet above the floor.

Additionally, the ordinance adds landscaping requirements, all of which must be drought tolerant. Evergreen landscape screening must be planted and maintained between each dwelling and adjacent lots, the ordinance says, or a 6-foot high or greater fence can be added. At least one 15-gallon size plant is required for every five feet of exterior wall of the dwelling unit; alternatively, a 24-inch box-size plant could be provided for every 10 linear feet of exterior wall.

The Planning and Building Department also needs to approve a "complete landscaping and irrigation plan" before building permits for a dwelling unit for an SB 9-created lot are issued, the ordinance says.

“There is actually a lot of control in terms of where we are able to rely on our underlying zoning standards such as, maintaining 20 foot front setback standards, lot coverages,” DeRosa said at the meeting. “In the end the legislation is very clear about saying we have to still allow an 800 square foot unit, for example. But we understand that this may densify certain lots and there’s importance to maintain privacy and respect property rights from that perspective, so we’ve built that in.”

Planning staff members from the city of Napa and Napa County confirmed that their planning departments are looking to create their own SB 9 ordinances soon.

Without a local ordinance, Napa Senior Planner Michael Allen said SB 9 applications sent into the city of Napa will be processed consistent with state law. He estimated approvals of SB 9 applications, if they contain all necessary information, could occur in about two to three months.

“I do anticipate that we will create objective development criteria to the extent that state law allows in the near future,” Allen said.

Several actions to help support the space needs of Napa's creatives were suggested to the Napa City Council last week.

With a lack of community input compared to the 2020 switch to district elections, the Napa City Council is favoring the current district map near the end of the redistricting process.

With Napa City Council approval, adults will soon be able to purchase cannabis products from Napa's dispensaries without needing a medical use card.

City of Napa makes some progress on filling staff vacancies

After a tough hiring year, the city of Napa still has 76 staff vacancies to fill, an improvement over the 92 identified in September 2021.

Put on each year by the Napa Valley Farmworker Foundation and Napa Valley Grapegrowers, the Napa County Pruning Contest is a way for the groups to recognize the valley’s talented vineyard crews via friendly competition.

The city of Napa's Enhanced Infrastructure Financing District is expected to raise millions for infrastructure projects.

The Napa City Council is scheduled to ask the state for more time to comply with Senate Bill 1383, a new California law that requires organics to be separated from trash and recycling.

The Napa City Council added funds to the fire department overtime budget and to a traffic calming public outreach plan, among other areas, after receiving higher tax revenues than expected.

Of about 30 former residents of The Bowl, one third entered shelter, one third ended up at other Napa encampments and another third found housing with a family member or other connection, according to a city presentation.

The City of St. Helena will hold a virtual community workshop on the city's Housing Element at 6 p.m. Wednesday, March 16.

International performers take the stage at the puppetry festival in Chicago

Clever cat uses video doorbell to get back inside house

Clever cat uses video doorbell to get back inside house

On the one hill with internet connection, Ukrainian kids build makeshift classroom

On the one hill with internet connection, Ukrainian kids build makeshift classroom 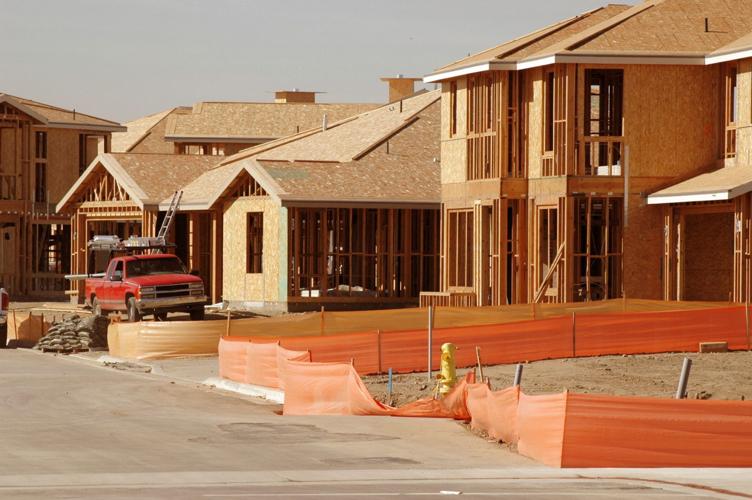 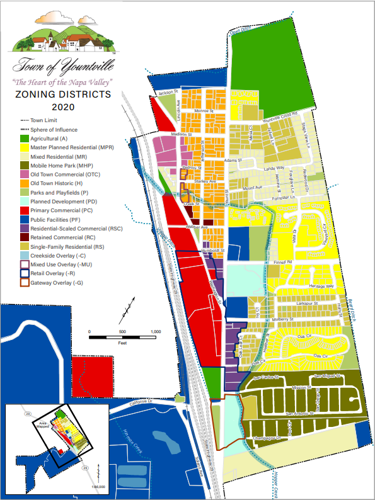 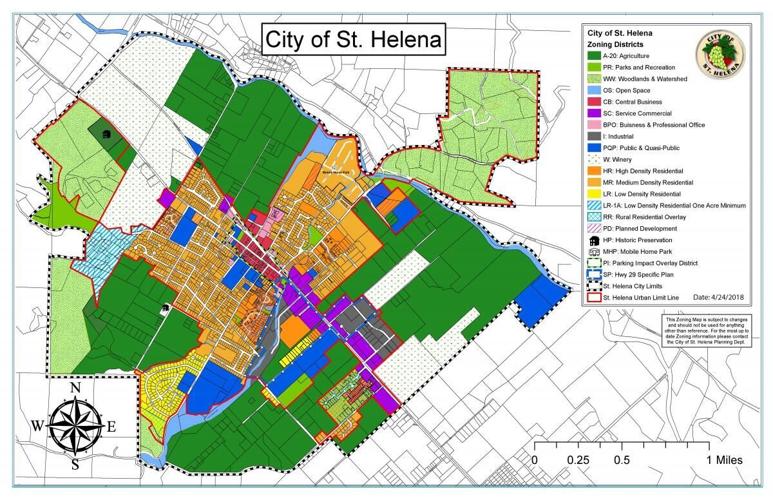